THE much-anticipated official Royal Wedding pictures have been released – but fans noticed a bizarre optical illusion in two of the shots.

In one Prince Harry and Meghan Markle stand proudly amongst the Royals – but a large ornate mirror just behind Prince Charles and Camilla plays tricks with viewers' eyes. 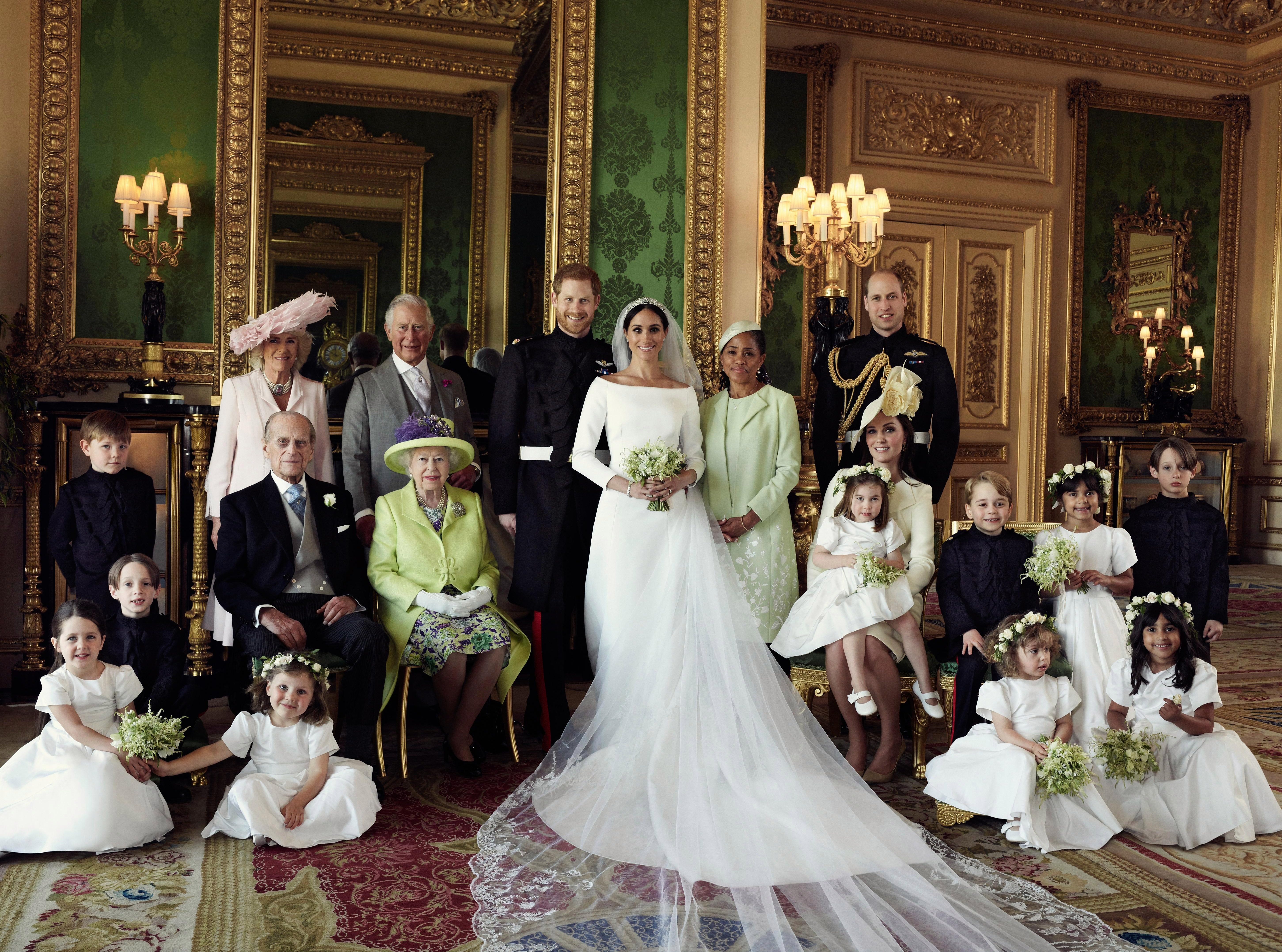 The enormous gold framed mirror makes it appear as it there is a long corridor over Charles' shoulder.

Royal fans have been thrown by what looks to be strange positioning of the family.

However, it is soon clear it is just a huge and well-polished mirror as Prince Charles's head can been seen in the background.

A clock can also be seen reflected in the mirror, with the time appearing to show 2pm – not long after the ceremony finished.