Home » World News » Rwanda flights may not start for a YEAR

Rwanda flights may not start for a YEAR

Rwanda flights may not start for a YEAR: Controversial deportation plan gets green light… but legal appeals continue

The Rwanda asylum policy was ruled lawful by senior judges yesterday in a major victory for the Government – but the first charter flights could still be months away.

The High Court comprehensively demolished the arguments made against the plan, which is designed to deter migrants from crossing the Channel in small boats.

Crucially, judges ruled the plans did not amount to a breach of human rights laws or other international refugee agreements.

However, flights are unlikely to be attempted until expected further legal appeals have been concluded, which could take up to a year. Home Secretary Suella Braverman said last night the detailed ruling had ‘thoroughly vindicated’ the Rwanda plan, despite virulent opposition from a trade union and a series of pro-migrant activist groups. 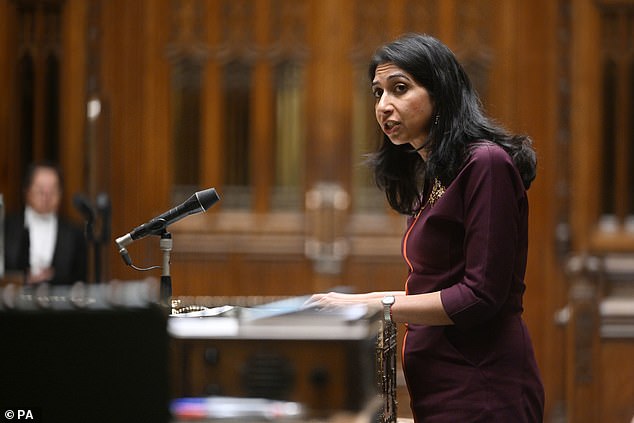 The Home Secretary, Suella Braverman (pictured), will now have to reconsider each of the asylum seekers’ circumstances before they can be removed

The judges even questioned whether the organisations which challenged the policy had been entitled to bring their cases in the first place.

The Home Secretary will now have to reconsider each of the asylum seekers’ circumstances before they can be removed.

But the broad thrust of the policy to hand asylum seekers a one-way ticket to the east African nation was effectively given a green light.

In a summary of the ruling, Lord Justice Lewis said: ‘The court has concluded that it is lawful for the Government to make arrangements for relocating asylum seekers to Rwanda and for their asylum claims to be determined in Rwanda rather than in the United Kingdom.’ 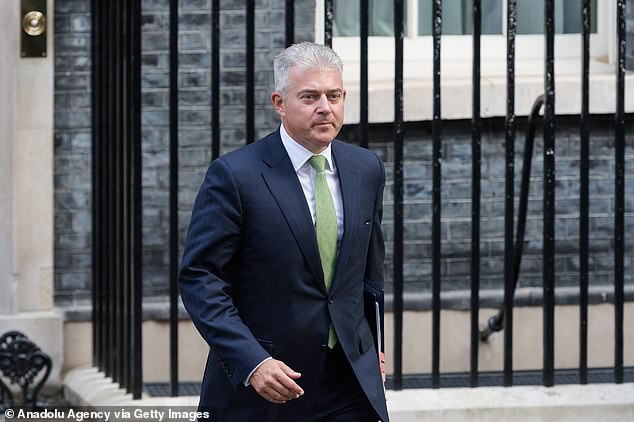 Lord Justice Lewis (pictured) said: ‘The court has concluded that it is lawful for the Government to make arrangements for relocating asylum seekers to Rwanda’

He added that the deal made arrangements for asylum claims to be ‘properly determined in Rwanda’ and there were ‘real incentives’ to prevent mistreatment.

The judge went on: ‘In those circumstances, the relocation of asylum seekers to Rwanda is consistent with the Refugee Convention and with the statutory and other legal obligations on the Government including the obligations imposed by the Human Rights Act.’

Rishi Sunak, speaking on a visit to Latvia yesterday, welcomed the decision and said: ‘We’ve always maintained that our Rwanda policy is lawful, and I’m pleased that was confirmed today.

‘What we all want to see – and what I want to deliver – is a system whereby if you come to the UK illegally you will not have the right to stay, and we will be able to return you to your own country if it’s safe or a safe alternative like Rwanda.’

A Downing Street spokesman refused to guarantee whether flights would take off in 2023 but added: ‘We are committed to delivering this partnership and are ready to defend against any further legal challenges.’ 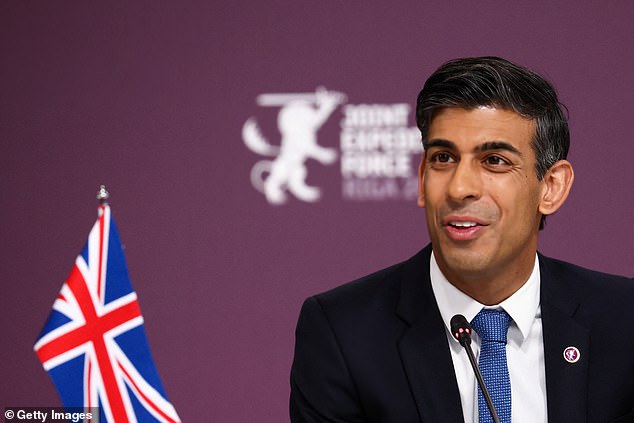 Rishi Sunak, speaking on a visit to Latvia yesterday, welcomed the decision and said: ‘We’ve always maintained that our Rwanda policy is lawful, and I’m pleased that was confirmed today’

Mrs Braverman told MPs last night the judgment ‘thoroughly vindicates the Rwanda partnership’. She said she had spoken to Rwanda’s foreign affairs minister Vincent Biruta yesterday and agreed their ‘steadfast resolve to deliver the partnership at scale as soon as possible’.

Boris Johnson, whose government devised the plan, welcomed the ruling and said the policy is ‘one of the only humane ways of dealing with the vile people-trafficking gangs who are exploiting so many people’.

In previous legal action this year, the High Court, Court of Appeal and even the Supreme Court refused to block the principle of the Rwanda policy. But the first deportation flight – due to take off on June 14 –was grounded after an 11th-hour injunction by the European Court of Human Rights.

Strasbourg’s intervention left the plan in legal limbo for six months and led to intense debate about European judges’ influence over UK policy.

The latest legal bids were brought by the Public and Commercial Services union (PCS), which represents Border Force workers, and the charities Care4Calais, Detention Action and Asylum Aid. Lawyers for the groups argued the policy was ‘unlawful’ and alleged Rwanda is an ‘authoritarian state’ which ‘tortures and murders those it considers to be its opponents’.

However, yesterday’s ruling questioned whether the four groups had even been eligible to intervene. The ruling said PCS members were ‘not directly affected by the Rwanda policy in any sense relevant for the purposes of bringing a claim for judicial review’. 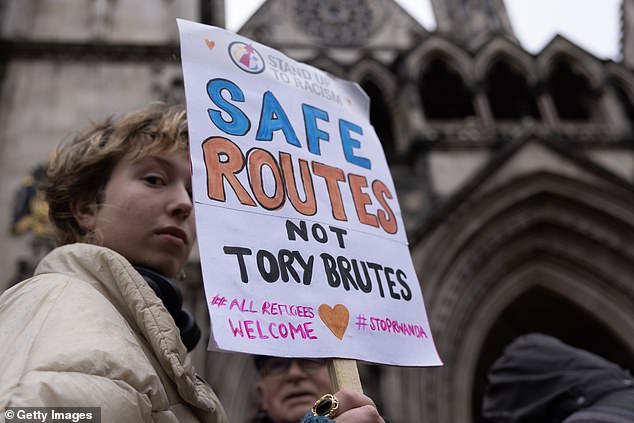 It found that Detention Action and Care4Calais did not have legal ‘standing’ to bring judicial reviews in the case, and a separate challenge brought by Asylum Aid was ‘unnecessary’.

In another important legal point, the judges ruled that the Home Secretary does have legal powers – under laws passed by Labour in 2004 – to bring in the Rwanda scheme without referring it to Parliament.

PCS general secretary Mark Serwotka said his lawyers would consider a ‘potential appeal’. He added: ‘Regardless of the legality of the policy, it remains morally reprehensible and utterly inhumane and we call on the Home Office to…abandon it.’

The UK has already paid Rwanda £140million towards the costs of setting up accommodation and services for asylum seekers sent from the UK.