Sajid Javid became the latest former minister to back Liz Truss tonight as she threatens to move out of reach of Rishi Sunak in the race to become Tory leader and prime minister.

The former chancellor and health secretary took a swipe at his former mentee Mr Sunak over his vow to wait to reduce personal and business cuts until inflation is under control.

His endorsement ahead of a hustings in front of Welsh Tories in Cardiff this evening is the second from a big-name former leadership challenger this week.

Penny Mordaunt, who came third in the ballot of Tory MPs, announced her support on Monday.

Javid’s endorsement of Truss over his friend Rishi Sunak may come as a blow to Sunak’s camp, as Javid was widely regarded a mentor to the former chancellor in his early political career.

It also means that the man whose resignation as health secretary last month kicked off the end of Boris Johnson’s time as leader is now in the same camp as most of his closest allies.

Senior figures including Nadine Dorries have taken pot-shots at Mr Sunak for resigning as chancellor – minutes after Mr Javid quit. 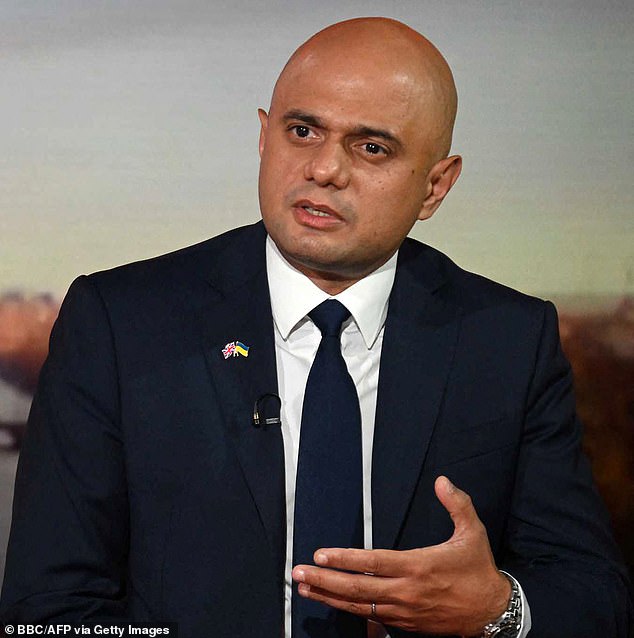 In a column for the Times, Javid insisted Truss had a ‘willingness’ to challenge the status-quo.

He also warned against Sunak’s fiscal plans would push Britain ‘into a high-tax-low-growth’ economy.

Javid said: ‘Over the long term we are more likely to be fiscally sustainable by improving trend growth.

‘Only by getting growth back to pre-financial crisis levels can we hope to support the high-quality public services people rightly expect. Some claim that tax cuts can only come once we have growth.

‘I believe the exact opposite – tax cuts are a prerequisite for growth. Of course we need more than that, especially significant supply side reform, but tax cuts now are essential.

‘There are no risk-free options in government. However, in my view, not cutting taxes carries an even greater risk.’

Liz Truss’s bid for the Tory leadership was boosted by two surveys giving her massive leads and the backing of former rival Sajid Javid as he attacked Rishi Sunak’s more cautious plans for tax cuts. 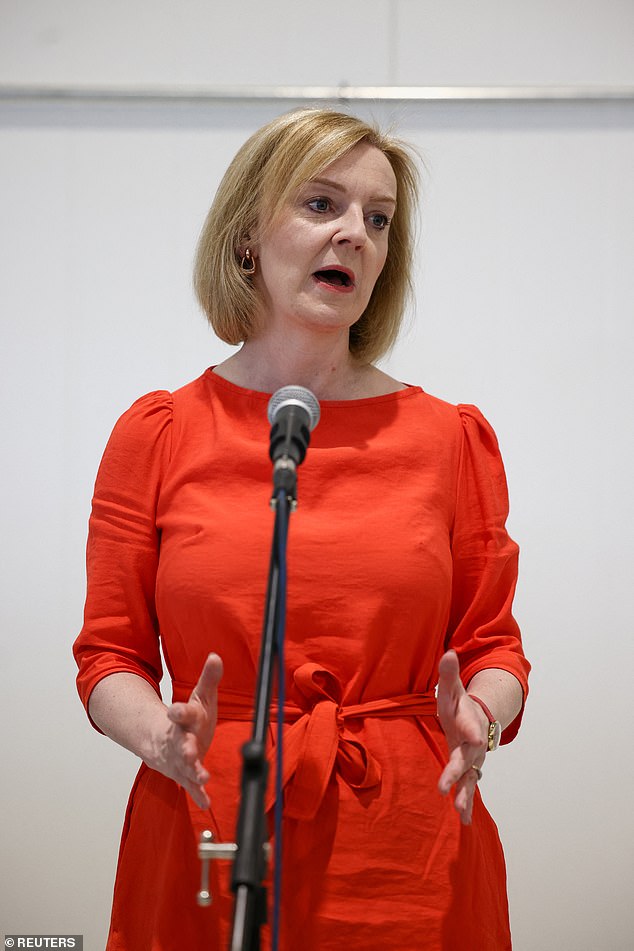 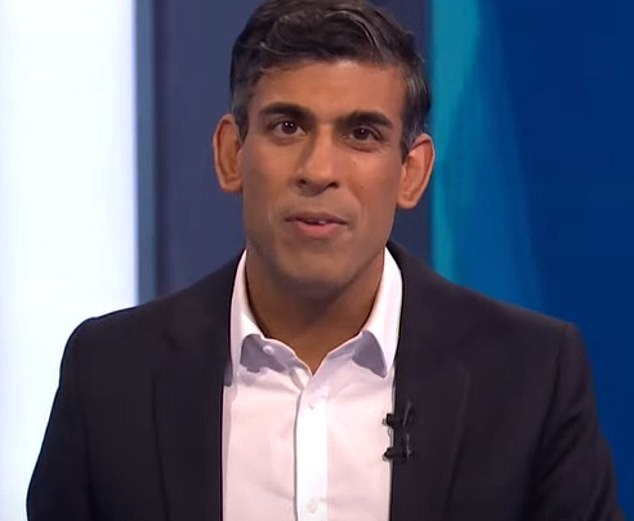 Javid’s endorsement of Truss over his friend Rishi Sunak may come as a blow to Sunak’s camp, as Javid was widely regarded a mentor to the former chancellor in his early political career

The Foreign Secretary won a 34-percentage point lead over Mr Sunak in a YouGov poll of party members, before a survey for the ConservativeHome website put her 32 ahead.

Mr Javid, whose resignation as health secretary minutes before Mr Sunak’s as chancellor triggered the cascade that forced Boris Johnson to quit as Tory leader, then threw his support behind the frontrunner.

A former chancellor, Mr Javid also warned in an article for the Times that the nation risks ‘sleepwalking into a big-state, high-tax, low-growth, social democratic model which risks us becoming a middle-income economy by the 2030s’.