A Saudi influencer has sparked outrage by posting images of herself naked in the bathtub with her husband to celebrate getting a verified Snapchat account.

Fouz Al-Otaibi appears topless in the images alongside husband Ahmed Moussa as the pair lounge in a bathtub while drinking Champagne.

In a second video clip she is also seen jumping on her husband’s lap before dancing around and swigging from a bottle of red wine.

But the images prompted fury in conservative Saudi Arabia, with viewers accusing her of ‘violating public decency’. 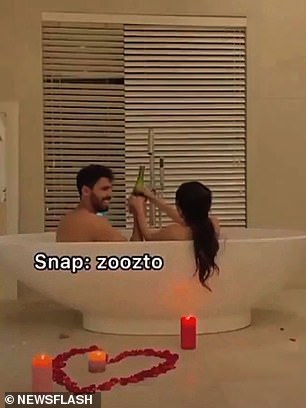 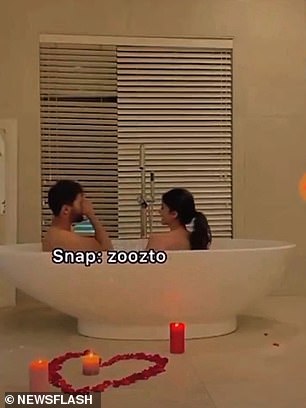 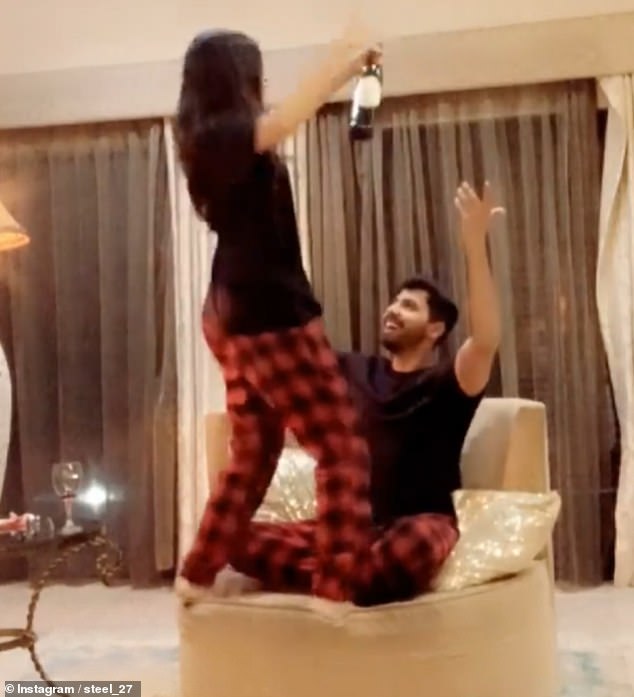 Fouz also posted a video of herself dancing around with her husband while swigging from a red wine bottle, prompting one user to brand her ‘an animal’

‘Where does those animals live,’ one user wrote. ‘If in Saudi Arabia, why aren’t they issued an arrest warrant against for spreading vice and violating public decency?’

While Fouz remained unrepentent in the face of the criticism, she did hit back at accusations she was drinking alcohol – saying the Champagne and wine were both non-alcoholic.

Fouz has made a name for herself by provoking religious conservatives in Saudi Arabia, which has earned her some 500,000 followers online.

In the past, she has posted intimate shots that include her jumping on her husband’s lap and exchanging kisses with him.

And in 2019 she provoked a furious backlash after posting her marriage contract online, containing a list of rules that her husband must abide by. 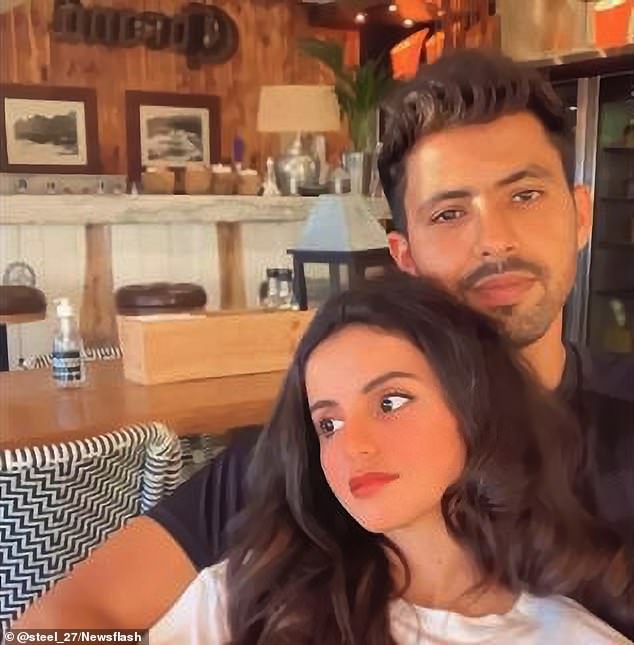 Fouz has amassed some 500,000 followers online by outraging conservative religious sensibilities, with images often showing her in intimate situations with her husband

They included providing her with a household cleaner, money to live off, and stipulated that he cannot take another woman in marriage – which is sometimes permitted by Islamic marriage laws.

‘A man who marries after agreeing to any condition is stupid,’ one wrote.

‘Was she serious when she wrote out these conditions,’ another added. ‘I swear there are no more men.

‘Sharia stated that a man can marry four women and he can find a hundred better than this one.’