A South Carolina mother was arrested this week after coming into a middle school and approaching two sixth grade girls whom she claims were bullying her 11-year-old daughter online.

Quoashia Chanelle Lewis Murray-Rapp, of Greenwood, South Carolina, was arrested Monday and charged with disturbing a school, WESH reported. She was later released on her own recognizance.

The 38-year-old mother entered West View Middle School on Sept. 20 to speak with an assistant principal, but surveillance footage shows she later approached two female students in the sixth grade hallway, according to an incident report from the Greenwood County Sheriff’s Office.

The incident report also claims Murray-Rapp threatened bodily harm and used profanity toward the girls, telling them to leave her daughter alone or she would fight them, WYFF also reported.

“On September 20th, a Westview parent had a meeting with Westview administration to discuss a situation involving her child,” Greenwood County School District 50 said in a statement. “While at the meeting, the parent entered a hallway at the school in search of the students she felt were bullying her child. School administration and law enforcement requested that the parent leave the school. The district did pursue charges against this parent regarding this incident. The parent was arrested and charged today by law enforcement.” 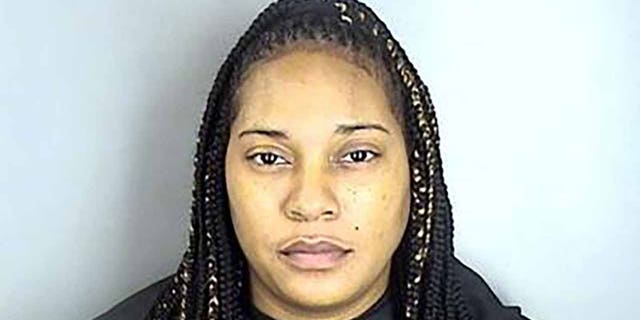 In an on-camera interview with FOX Carolina, Murray-Rapp said she noticed a change in her 11-year-old daughter’s behavior when she came home from school, as the once bubbly girl grew distant from family.

“I came in as a mother figure to the school, to the girls and it just got all twisted and blown out of proportion because nothing wasn’t getting done,” she said. “They felt like I violated and overstepped my boundaries as me being a mother, but there’s no boundary to protect your child. There’s none.”

Murray-Rapp said she came to the school a day before the incident for which she was charged. The principal was too busy, so she spoke with an assistant principal, who assured her that “she was going to get it handled and it was fine and she was on our side,” Murray-Rapp said.

But when she returned home, the mother said the behavior did not stop — and the alleged bullies had created a group chat about her daughter. Murray-Rapp told FOX Carolina she came to the school the next day and told the assistant principal again, “Look, we already had a discussion, we need some force to be put in because it keeps happening and it’s continuously — it’s not like one or two messages.”

Murray-Rapp then sought to pick up her daughter early from school, and her daughter pointed out the bullies in the hallway. Murray-Rapp claims she told the children, “Y’all just leave her alone, if you have an issue with her, if you have a problem with her, you guys take it to the principal, which is your higher authority. Or let your parents know what is going on. But leave her alone. And that was it.”