Porn-addicted school IT technician, 36, is jailed for nearly three years for setting up spyware on laptops given to staff and pupils then secretly watching them and their families at home over his 10 years’ employment 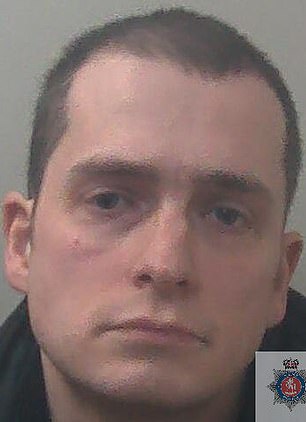 Andrew Cakehead, 36, from Maidstone in Kent, was jailed yesterday

A porn-addicted school IT technician has been jailed for nearly three years for setting up spyware on laptops given to staff and pupils.

Andrew Cakehead, 36, from Maidstone in Kent, amassed almost 7,000 videos of colleagues and their families both at work and at home during his ten years in employment.

The surreptitious footage captured three female members of staff in a state of undress, and also filmed their family members, including children.

Pupils were only recorded in the school environment, however, and only when using a laptop in the classroom.

Cakehead also set up a covert camera in a school toilet, recording eight female staff members and one male, a court heard on Thursday

His deviant behaviour at the unnamed school was discovered after police raided his home in February 2019 in connection to the downloading of images showing the abuse of children as young as 12 months old.

Analysis of his computer devices revealed 6,724 videos of 25 members of staff, past and present, and 79 webcam videos. Twelve were filmed in their homes and three videos of three women contained nudity.

Cakebread could even be seen setting up the covert camera in the school toilet.

Police also found 2,506 indecent images, both stills and movies depicting all levels of abuse against children aged between one year and 14 years of age, which he had downloaded from the internet.

Cakebread pleaded guilty to three offences of making indecent images, one of voyeurism and one of computer misuse allowing unauthorised access.

Jailing him at Maidstone Crown Court Judge Stephen Thomas said had the law allowed, the sentence would have been greater to mark the ‘disgraceful privacy breach’ and harm caused.

He told Cakebread: ‘Your colleagues trusted you all the time you were betraying that trust and planning to betray that trust.

‘The maximum sentence does skant justice to the extent of what you did and the harm that you caused.

‘It was planned, it was persistent, and involved multiple victims over a prolonged period of time. 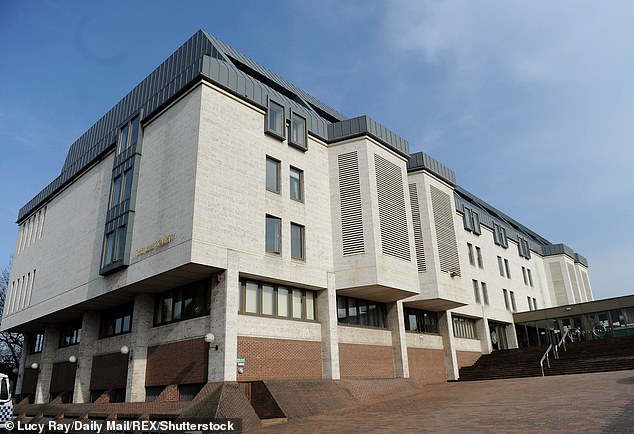 Jailing him at Maidstone Crown Court (pictured) Judge Stephen Thomas said had the law allowed, the sentence would have been greater to mark the ‘disgraceful privacy breach’ and harm caused

‘You did it for the purpose of sexual gratification and, I’ve no doubt, in the hope of viewing them in compromising situations.

‘It does not require a great deal of imagination to know how they feel, as every right-thinking member of the public would feel if they had been spied on and their privacy and that of their families so disgracefully breached.’

The maximum sentences for offences of both voyeurism and installing of spyware is two years’ imprisonment.

Cakebread was given sentences of four months and 10 months respectively, plus 16 months for the indecent images offences, with all to run consecutively.

Prosecutor Jonathan Edwards told the court that Cakebread’s home was raided by police on February 6, 2019, and he immediately confessed to viewing child abuse images online.

Analysis also uncovered both encryption and deletion software in a bid to conceal his sick interest.

But Mr Edwards said the investigation went on to reveal the numerous secret school recordings, mainly of adult females, but also some children, working on laptops and unaware they were being filmed.

He told the court: ‘Staff were allocated laptops as part of their employment which they were able to use both at work and home.

‘This defendant installed software onto these laptops that was able to record video footage through the built-in webcam on the laptop itself.

‘Consequently, they were completely unaware of its existence prior to the police investigation.

‘He misused the control and trust he was given in the school IT system and installed that software for his own use and without permission.’

It was also discovered that despite leaving his job following his arrest, the spyware continued to film on one laptop.

Although all the victims captured by the covert camera toilet footage could be clearly seen and identifiable by their faces, there was no evidence that the recordings or any of the material filmed by Cakebread was shared with others, said the prosecutor. 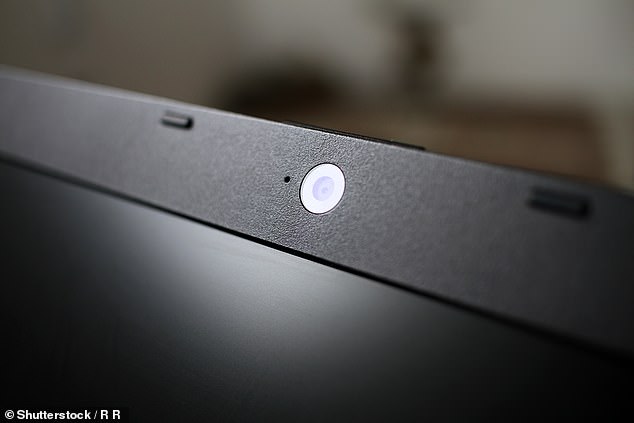 Analysis of his computer devices revealed 6,724 videos of 25 members of staff, past and present, and 79 webcam videos. Twelve were filmed in their homes and three videos of three women contained nudity (file image)

He was again arrested in March last year and admitted having a sexual interest in female children, particularly when urinating, and that he found adult pornography ‘boring’.

Cakebread said having installed the spyware, he recorded continuously. He would then copy the footage onto a work laptop and then a USB stick.

He also revealed he would perform a sex act on himself when watching the footage of people getting undressed.

Victim impact statements from the principal, a teaching assistant and other staff members at the school, said to cater for pupils aged five to 19, were provided to the court but not read out loud.

Craig Evans, defending, said Cakebread was a ‘socially awkward and isolated’ man with an entrenched interest in adult pornography from the age of 10, and then child abuse images while still in his early teens.

He told the court he had turned to downloading and voyeurism ‘to almost fill a void in his life’, but said Cakebread had not sought employment at the school to bring him into contact with children.

‘The offending was prolonged but it didn’t progress beyond that distanced voyeurism,’ said Mr Evans.

‘He had no intention to harm or hurt others…but accepts harm has flowed from his actions and is sorry.’

Cakebread, who has no previous convictions, will have to sign on the sex offender register for life on his release from prison.