SHOCKING images show a scuba diver clutching his face in agony after accidentally shooting himself through the head with a spear – narrowly missing his brain.

Pastor Connie Hallowell from Umkomaas in South Africa, had a miraculous escape on August 31, when the weapon accidentally fired as he collected fishing sinkers near Scottburgh Beach. 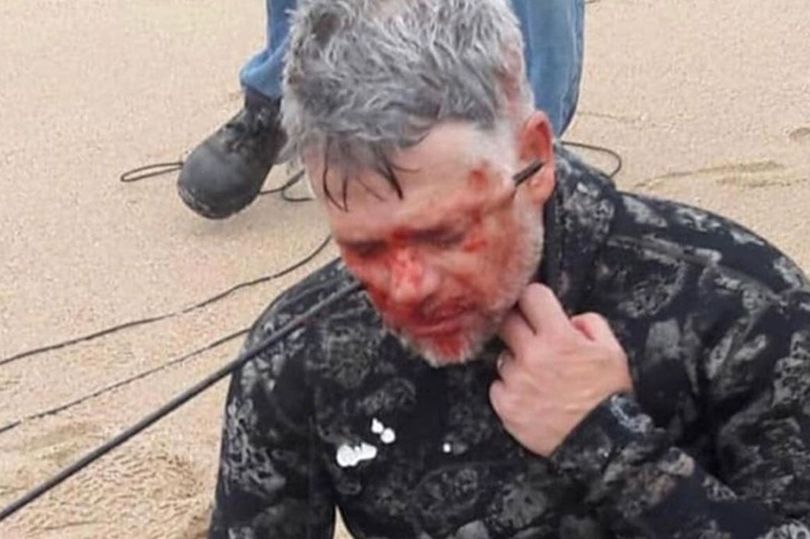 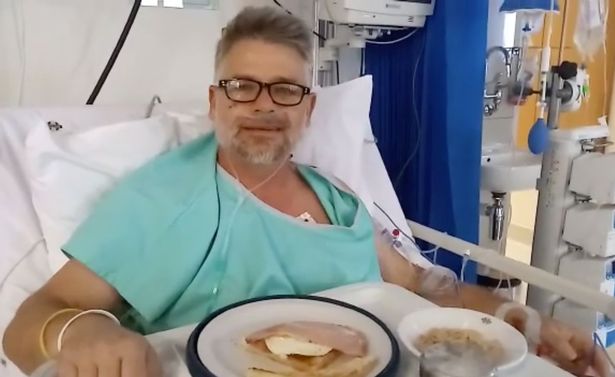 The spear travelled through the diver's face and came to a stop behind his eyeballs – yet he somehow managed to avoid losing his sight.

After crawling back to the beach, locals held on to the spear as another used an angle grinder to shorten it.

The diver was later airlifted to Kingsway Hospital in Durban, before being transferred to St Anne's in Pietermaritzburg – where he had the spear removed.

Speaking in a video to the South Coast Herald, the pastor thanked people for their kind wishes and prayers.

He said: "Hi guys, thanks for all the prayers really appreciate it.

Connie is expected to make a full recovery, with no damage to his eyesight.

The incident follows a similar spear-related accident that took place in 2017 – when a fisherman ended up with a metal pole through his head.

The sharp rod pierced through one of his ears and went straight through his skull before coming out the other side of his face.

The fisherman was fortunate to survive the freak accident that could have killed him if the rod was just millimetres higher. 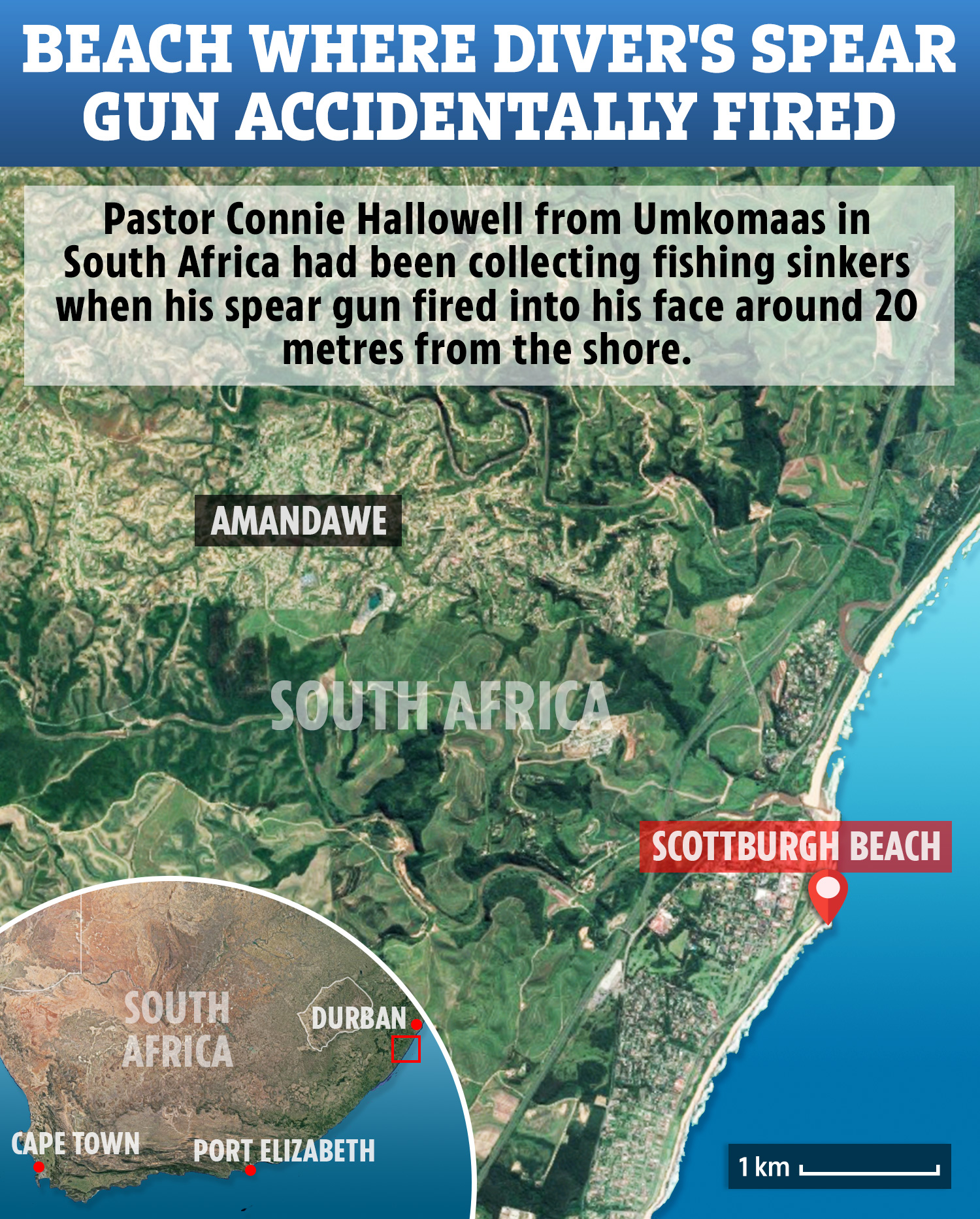 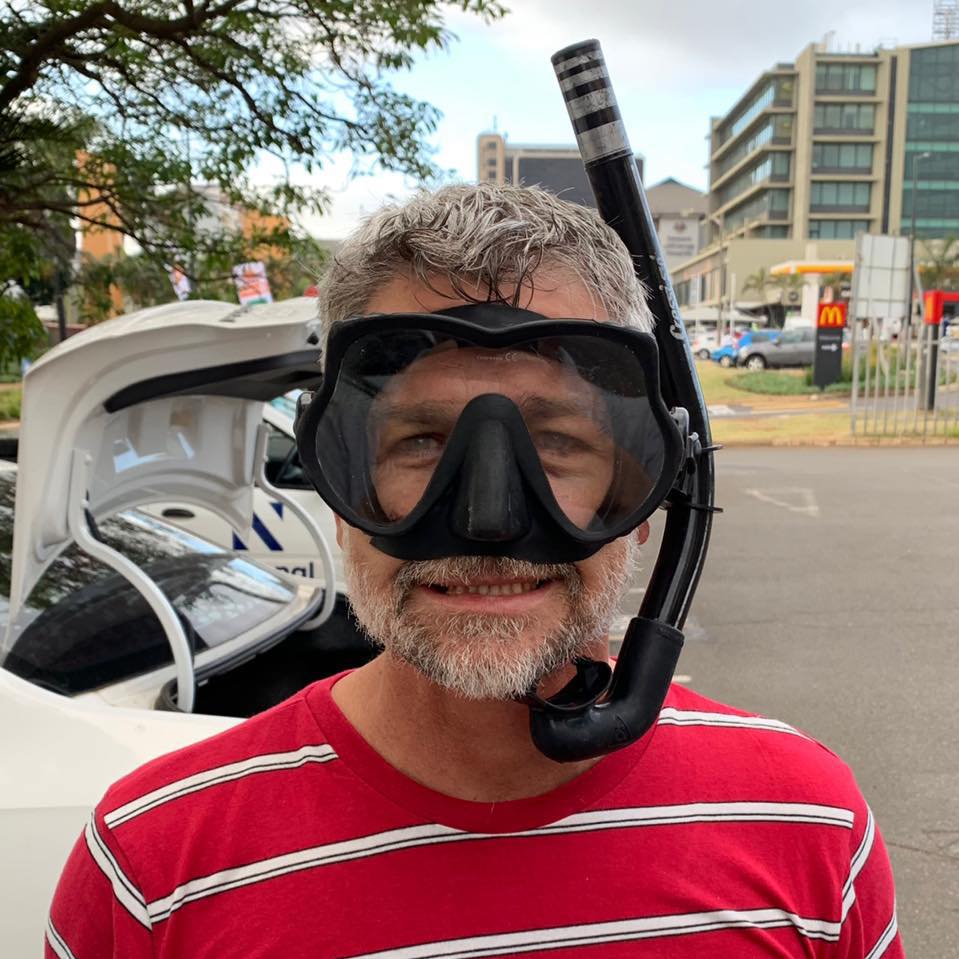 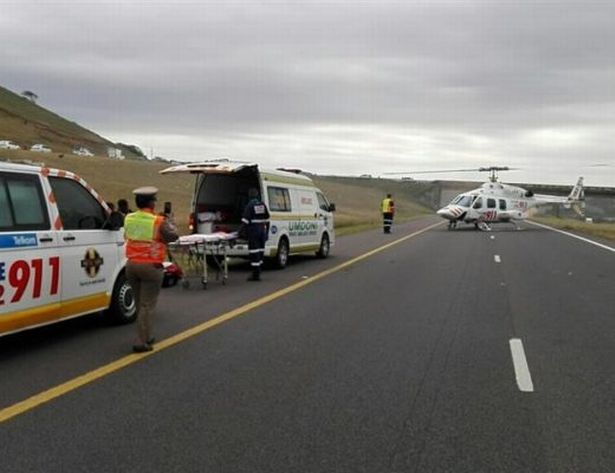