Sydney’s insane rental market has been thrown into the spotlight again with shocking footage showing hundreds of prospective tenants lined up down streets across the city.

Ciara O’Loughlin moved from Dublin to Sydney last week and spent the weekend inspecting 12 properties around Randwick and Coogee in the city’s eastern suburbs.

But when she and her friend arrived to the inspections they were met with massive queues of fellow applicants stretching around the block.

Ms O’Loughlin said each of the 12 units had ‘significant’ queues of people waiting outside, but added the apartments were ‘pretty decent’.

‘I’d say the longest queue was easily between 100 and 150 people,’ she told Daily Mail Australia. 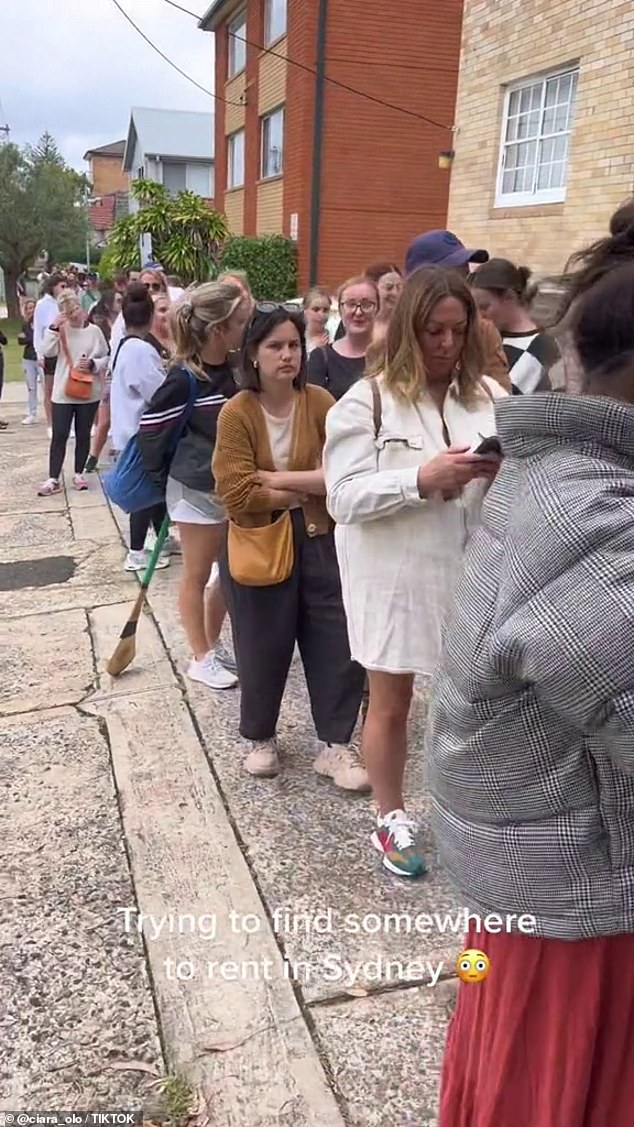 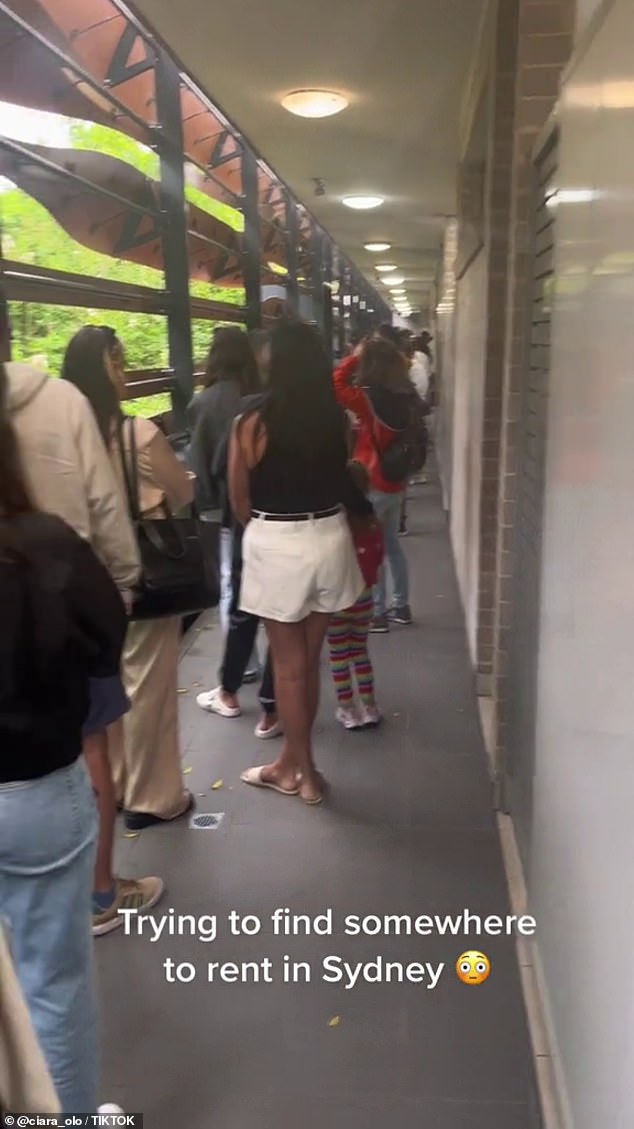 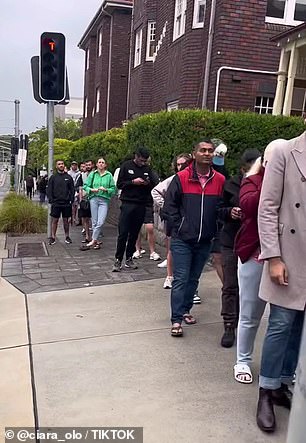 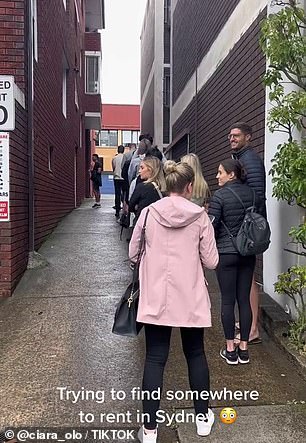 ‘But I actually wasn’t waiting too long at all, I’d say the longest wait was 20 minutes as people were literally in and out in two minutes.’

She said while she and her friend had applied for each apartment, they weren’t feeling overly confident.

‘What I’ve heard is people are offering over the asking rent to secure a place so it’s very competitive,’ Ms O’Loughlin said.

The enormous lines of renters were seen in a TikTok she shared this week, with countless people filmed waiting on the pavement outside several apartment blocks.

More footage showed similar lines seen inside a unit complex, with dozens of applicants waiting around aimlessly in the shared corridor. 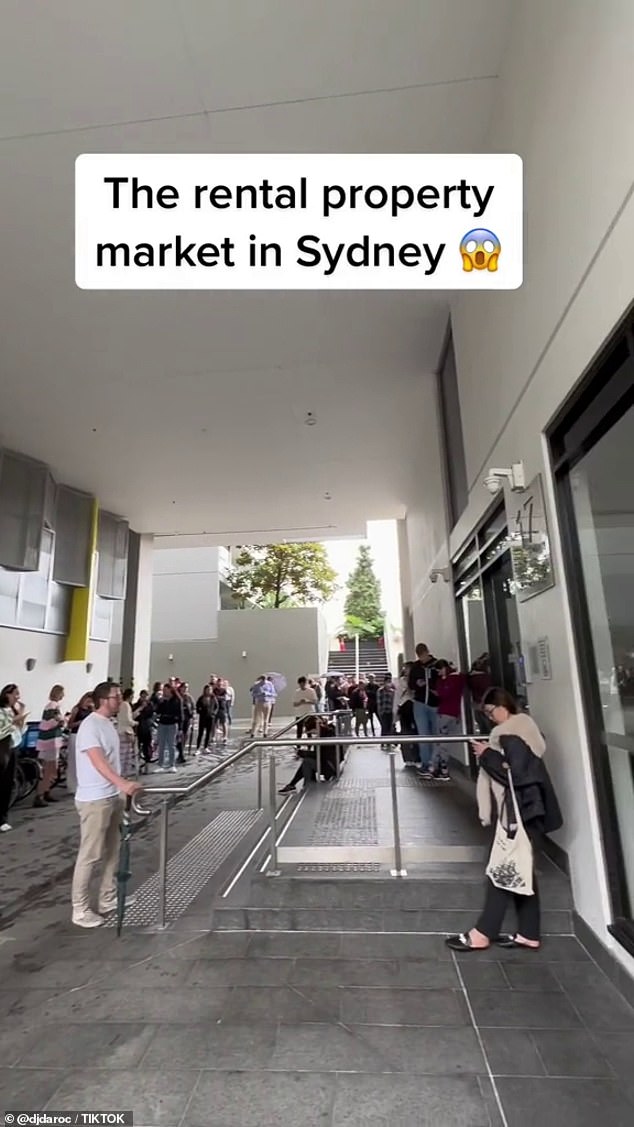 Another Sydneysider and former real estate agent Danny Da Rocha, 29, was at a listing in Zetland on Saturday and guessed he was one of about 70 looking to inspect the two-bedroom apartment 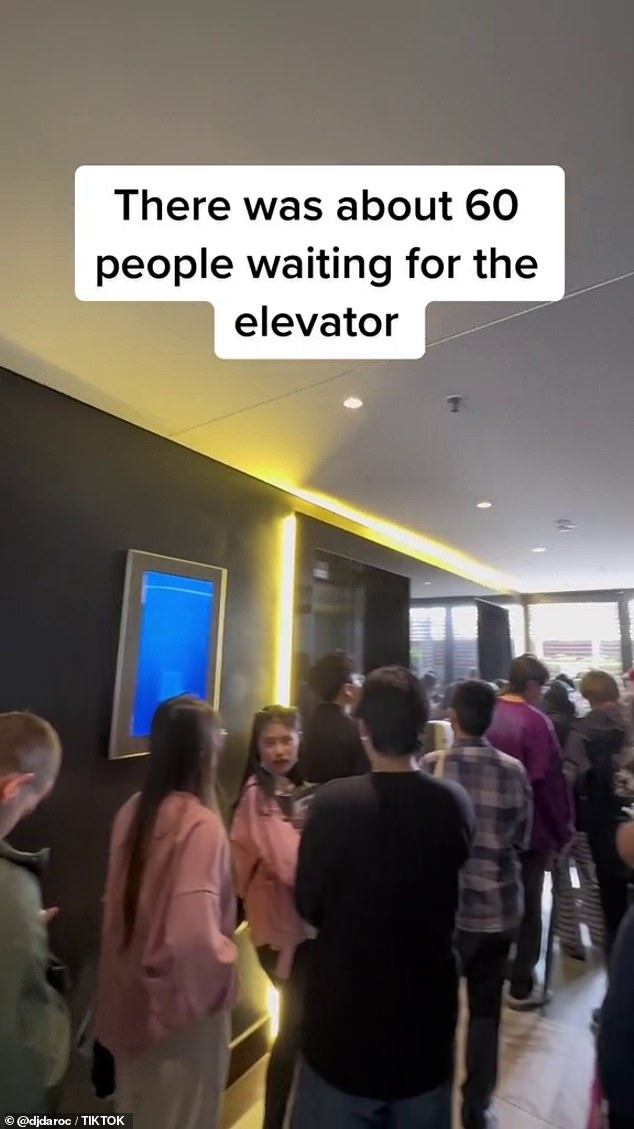 Another Sydneysider and former real estate agent Danny Da Rocha, 29, was at a listing in Zetland on Saturday and guessed he was one of about 70 looking to inspect the two-bedroom apartment.

‘The queues were out the door, there was about 30 people when we arrived and then more and more kept coming,’ he said, sharing footage of the inspection to TikTok.

‘It definitely wasn’t worth it, people walked in and immediately walked out,’ he said, adding the current tenants had not cleaned the house prior to inspection, and a sand pit set to be developed sat behind the unit block.

Having worked in the real estate industry for a year, the 29-year-old said the current state of the rental market was ‘shocking’.

‘I’d say the best advice is get to know the market really well, get in early and keep applying,’ he said.

‘Make sure to look at the rooms in all the areas because I noticed in Zetland they’re small rooms that are on offer.’

It comes after housing experts revealed Australia’s rental crisis was so dire official records show no comparable shortage of available tenancies since the Great Depression. 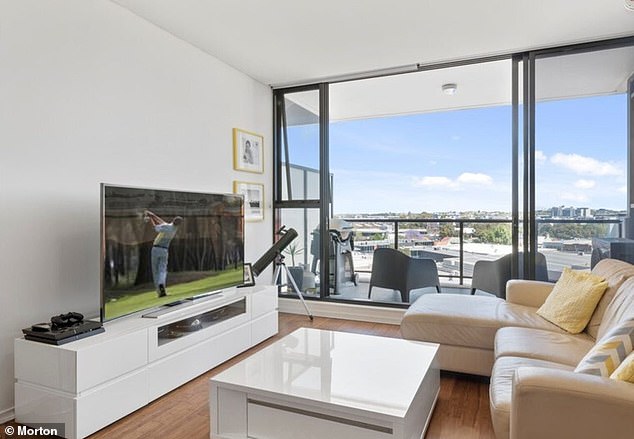 The two-bedroom apartment in Zetland was going for $800 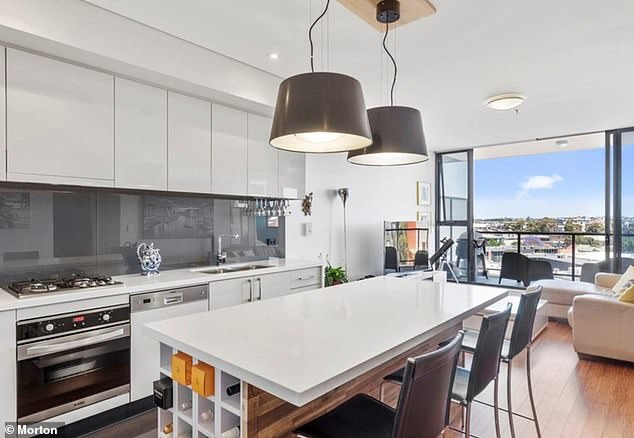 Sydney house prices are expected to rise by 8 to 12 per cent this year when interest rate rises are paused, with Melbourne tipped to see up to 6 per cent increases and Perth up to 13 per cent.

Chief executive officer of the Tenants’ Union of New South Wales, Leo Patterson Ross, said while the broader economic circumstances of 90 years ago were vastly different, the Great Depression reference was applicable as rental prices spiral.

‘We really have to go back and look at periods like the Great Depression to find comparable situations for renters in Australia at the moment,’ Mr Patterson Ross said.

‘Obviously we’re not in the Great Depression. But we we have to go back that far because we haven’t seen this kind of widespread general experience of the system going wrong.

‘We haven’t seen such low vacancy rates where people are very worried, very distressed about their chances of being housed in the coming weeks or months.’