A PAIR of thugs were captured knocking a man out with a baseball bat in shocking footage.

The victim, in his 20s, was left hospitalised after the horrific attack on a residential street in Dorset. 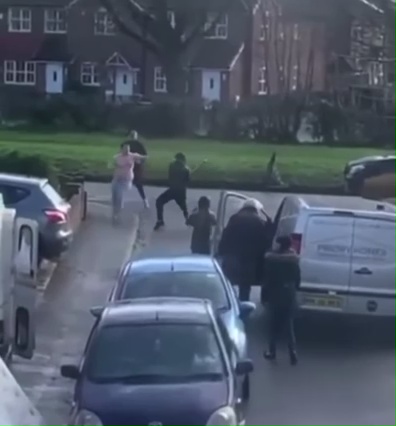 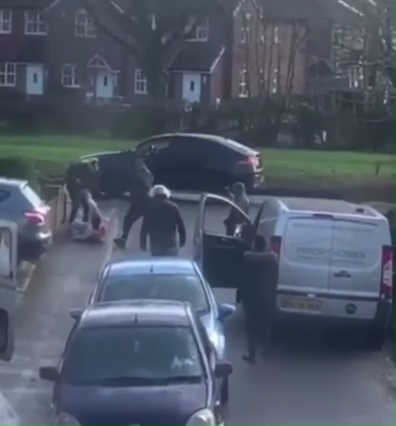 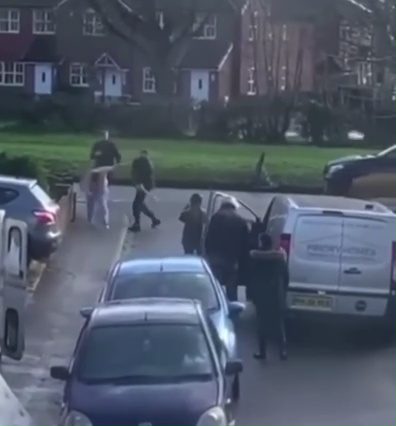 Cops said a gang of men pulled up in vehicles armed with weapons and ambushed him.

Footage shows the moment one attacker chases the topless victim while swinging a metal cosh.

Another brute closes in on the man and whacks him in the back of the head with the bat.

The victim falls down and hits his head on wall, before being kicked repeatedly in Christchurch.

A female voice, heard behind the camera, gasps as the thugs continue their violent rampage.

Meanwhile another woman can be seen filming the assault, as an older man watches on.

Sources say the incident, which broke out in broad daylight, was a suspected revenge attack.

Police say the man was rushed to hospital on Wednesday with non-life threatening injuries.

Six people have been held in connection with the attack.

"We would like to reassure the local community that a full investigation is underway."

A Dorset Police spokesman said: "A 47-year-old man from Bournemouth was arrested on suspicion of violent disorder.

"Two 21-year-old men and a 49-year-old man, all from Bournemouth were also previously arrested on suspicion of violent disorder.

"A 42-year-old woman from Bournemouth was arrested on suspicion of conspiring to cause grievous bodily harm with intent.

"All five individuals have been released on police bail pending further enquiries.

"A 70-year-old Bournemouth man who had been arrested on suspicion of violent disorder was released under investigation."

It comes after a Jeremy Corbyn lookalike was filmed kicking a French bulldog in the same town.

CCTV images showed the grey bearded cyclist booting the designer dog outside a shop on January 26. 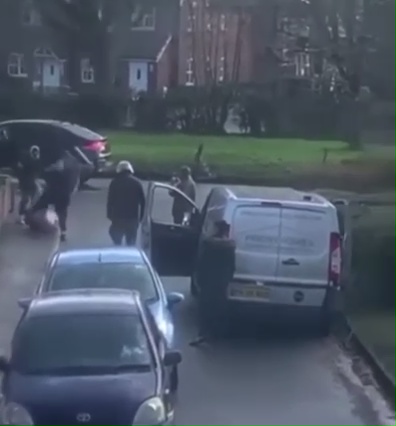