THIS is the shocking moment a shopkeeper knocked out a customer with a single punch in Dublin. 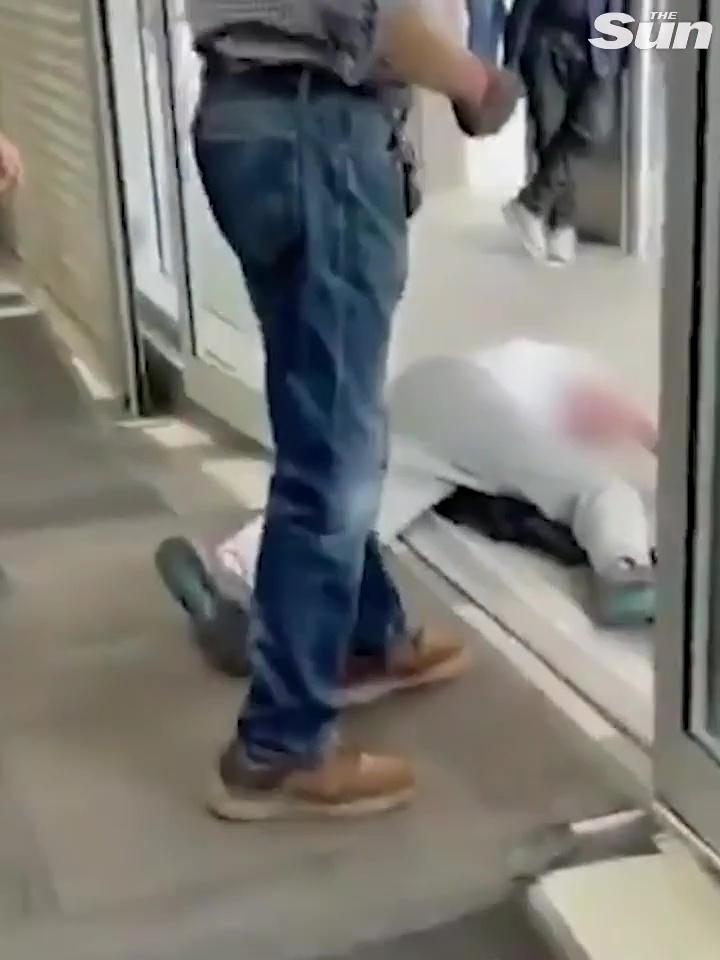 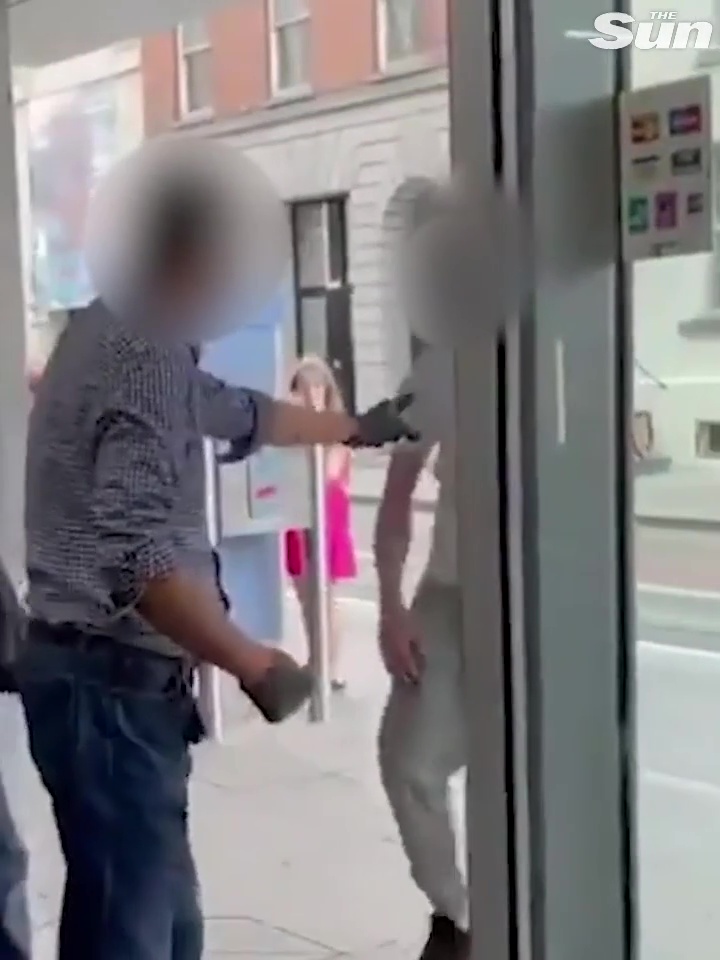 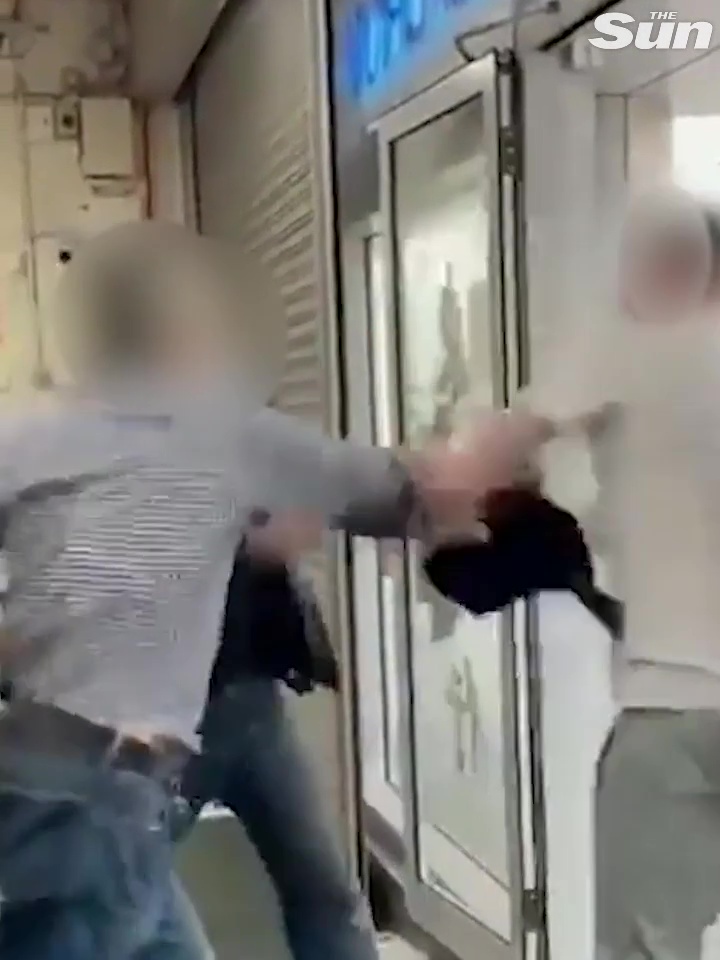 At the start of the brawl, the customer can be seen aiming a kick at the pair, who in turn kick and punch him back, while one warns “keep your distance”.

They then then throw him out of the shop in Dublin's city centre.

However, the altercation ended with the customer lying unconscious on the pavement outside the store.

The brawl took place at about 4pm on June 4, with cops saying the knocked-out man was taken to hospital and treated for non-life threatening injuries.

The video shows all three men squaring off in the door of the supermarket, when one of the Asian men can he heard saying “you watch it”.

The white man then leaves, but returns to pick up his top before striding in to confront one of the me – who again warns him to “keep your distance”.

“You keep saying that but am I threatening you? You keep hitting me and he keeps kicking me,” the customer asks. 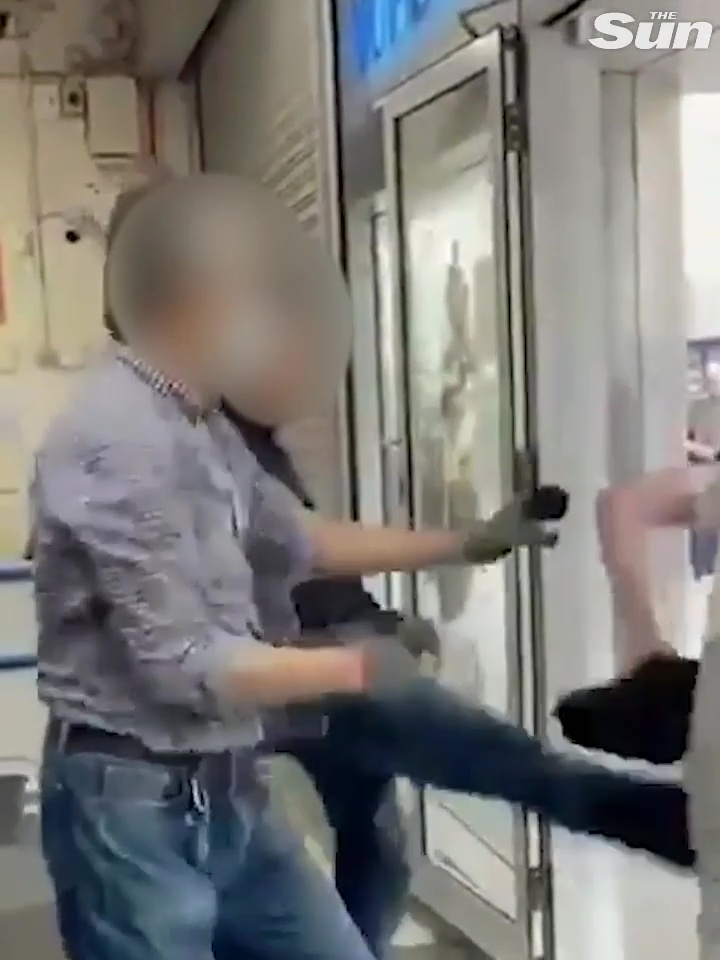 The Asian man then shoves him out and says “get out of my shop”.

The white man then comes back in, waving his fist and says “keep kicking me and I’ll ram your f****** face through that brick wall”.

At that point, the Asian man punches him in the face and the victim crumples on to the ground by the door.

A passer-by then tries to pick the injured bloke up, while a concerned woman’s voice can he heard saying “he’s not moving” while a man says “there’s f****** two of you”.

A spokesman for the Garda in Dublin told The Sun Online that cops had “received reports of a disturbance at retail premises at approximately 4.10pm on June 4."

"It is reported an altercation occurred between a man and the staff of a retail premises after he was asked to leave/refused entry," added the spokesman.

He also said: “The man, aged in his 20s, required hospital attendance for non-life threatening injuries. Enquiries are ongoing.”

No formal complaint has been made by either party involved in this incident at this time, the Garda added. 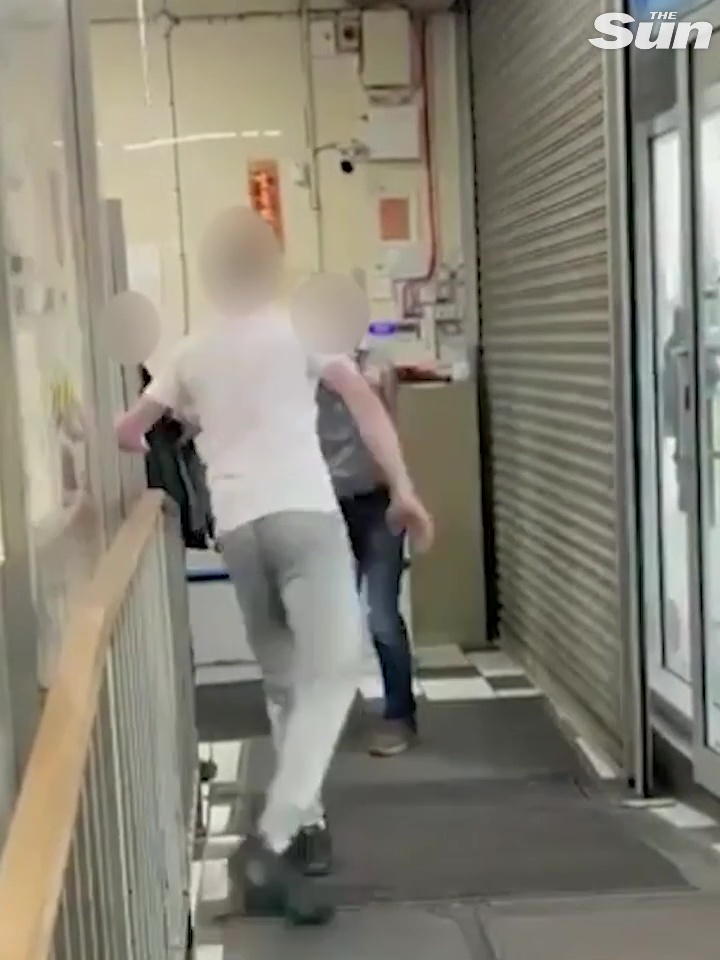