Rome: For anyone yearning for a new start once the pandemic is over, it could prove hard to resist.

A picturesque hilltop town in Sicily is preparing to offer 15 historic houses for sale, each for just €1 ($1.57). 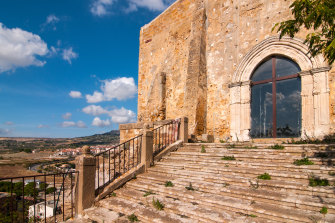 Sambuca will be offering 15 houses for 1 euro each. Credit:Shutterstock

Sambuca di Sicilia has been buoyed by the success of the first phase of the initiative, in which 17 properties owned by the council were snapped up by people from around the world.

The town was overwhelmed with international interest when the first phase of the project was announced, when it put up for sale 17 houses – all of them requiring a substantial investment to make them habitable again.

"It was crazy. We had 110,000 calls and emails from around the world. People contacted us from Mexico, Canada, the UK, Russia, South Africa, Japan – everywhere," said Giuseppe Cacioppo, the town's deputy mayor. 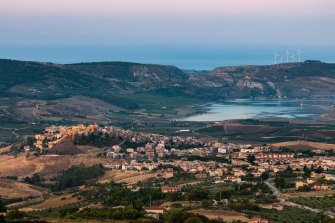 Sambuca Di Sicilia is surrounded by beaches, hiking trails and vineyards and has a view of Mount Etna. Credit:Shuttershock

The €1 scheme has had a knock-on effect for the rest of the property market in Sambuca, which like many rural communities in Italy has seen its population dwindle as a result of emigration.

Outsiders unable to buy a house for €1 ended up buying more than 80 properties in the town from private sellers.

Cacioppo said Sambuca had been revitalised and turned into "a little United Nations".

"It's been good for us because a lot of the buyers have been under the age of 40, which is important for a town like ours with an ageing population," he said.