Home » World News » Sir David Attenborough: Act on climate now or it will be too late

Sir David Attenborough warns world leaders must ‘act now’ on climate crisis or ‘it will be too late’ for the planet, ahead of Cop26 summit

Sir David Attenborough has warned world leaders ahead of the Cop26 summit in Glasgow this weekend that they must ‘act now’ on the climate crisis or it will be ‘too late’ for the planet.

Cop26 has been billed as the last best chance to keep global temperature rises to no more than 1.5C, with Sir David critical of those who deny the climate crisis.

In conversation with BBC science editor David Shukman, the naturalist and broadcaster said: ‘Every month that passes, it becomes more and more incontrovertible, the changes to the planet that we are responsible for that are having these devastating effects.’ 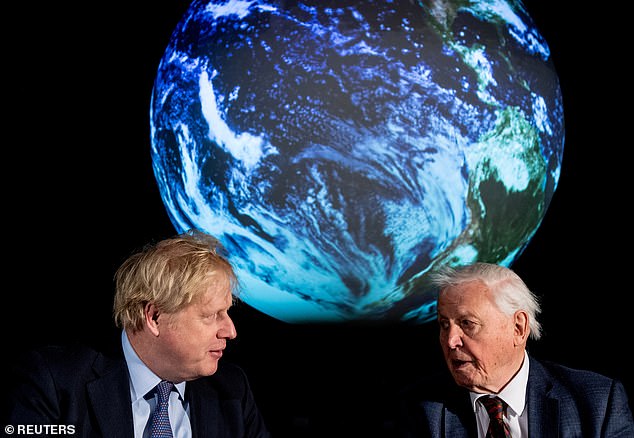 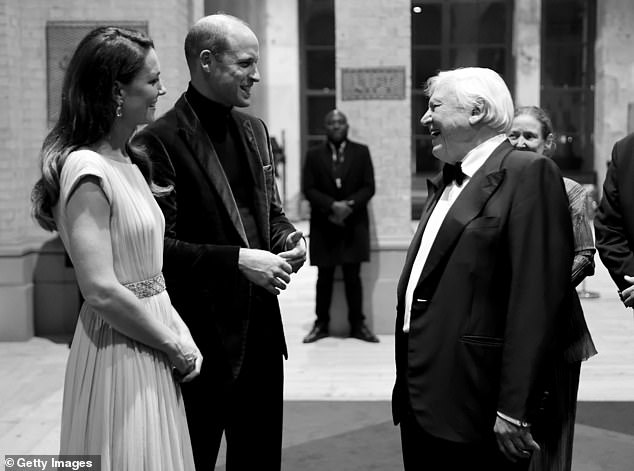 Wealthier western countries like the UK have a ‘moral responsibility’ to help refugees displaced by climate change, the 95-year-old said.

‘We caused it – our kind of industrialisation is one of the major factors in producing this change in climate. So we have a moral responsibility,’ he told the BBC.

‘Even if we didn’t cause it, we would have a moral responsibility to do something about thousands of men, women and children who’ve lost everything, everything. Can we just say goodbye and say this is no business of ours?’

Earlier in October, Sir David, who will be present at the summit, said the possibilities of Cop26 gave him ‘some hope’.

‘For the first time people around the world will hear the arguments as to what we should do, the analyses as to what the problems are and what the solutions are,’ he said.

‘Those two things bring me some hope.’

Boris Johnson will welcome world leaders to Glasgow for the summit which begins on Sunday after saying it was ‘touch and go’ whether key goals would be met as the the heads of some major polluting nations are set to skip the event.

Earlier this month, the Queen acknowledged she would attend Cop26 and appeared to suggest she was irritated by a lack of action in tackling the climate crisis.

It came days after her grandson, the Duke of Cambridge, warned world leaders in Glasgow against ‘clever speak, clever words but not enough action’.

Recent analysis suggests that even with the latest pledges and targets, the earth is heading for around 2.4C of warming in the long-term. 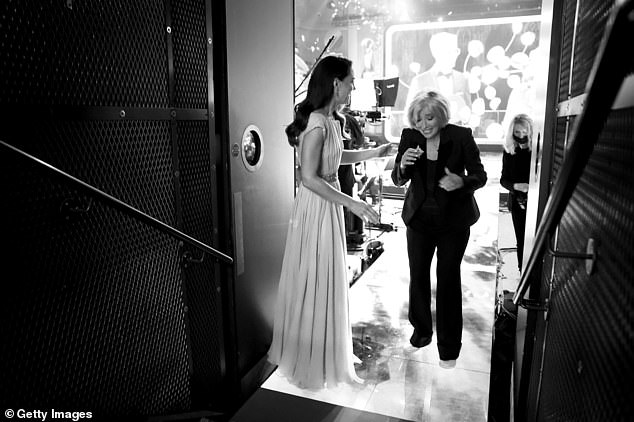 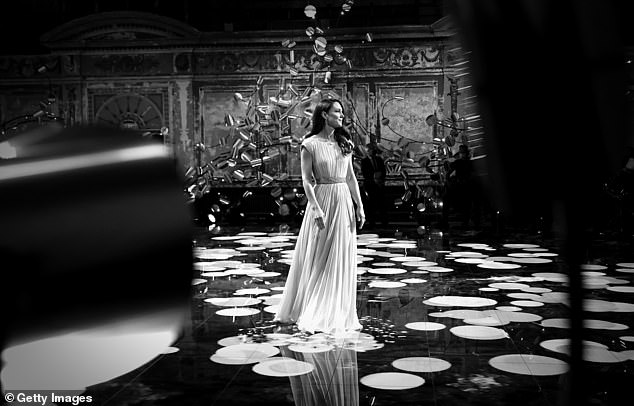 To match the event’s ethos and highlight on sustainability, Kate (pictured, on stage) recycled a dress she first wore ten years ago in 2011, at a Bafta reception in Los Angeles while she and Prince William were touring America as newly-weds. 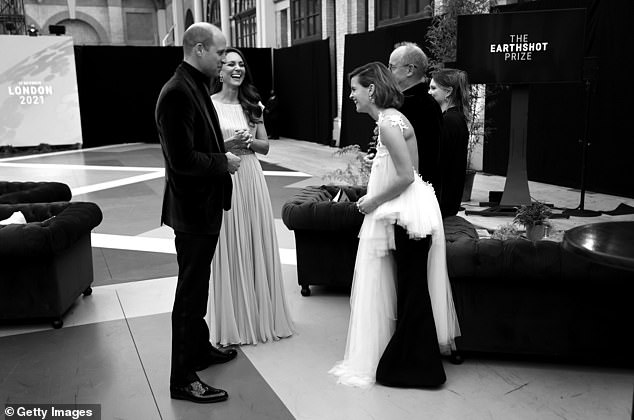 Last week, Kate Middleton and Prince William were seen chatting to Sir David and sharing a joke with Dame Emma Thompson in behind the scene photographs from the Earthshot Prize Awards.

In the previously unseen snaps, The Duke and Duchess of Cambridge, both 39, stood side by side as they greeted presenters backstage at the ceremony at Alexandra Palace in London for the most ambitious environmental prize in history which gave £1million to five winners.

Other adorable snaps showed them both sharing touching moments with Emma Thompson, with Kate placing a tender hand on her shoulder as the actress comes off stage after presenting the fourth Earthshot award to the city of Milan, whose Food Waste Hubs aim to halve waste by 2030.

Sir David, who has supported the project from the beginning and is a member of the Earthshot Prize council, who choose the winners, also appeared to be in jovial spirits as he chats away with the royal duo backstage.