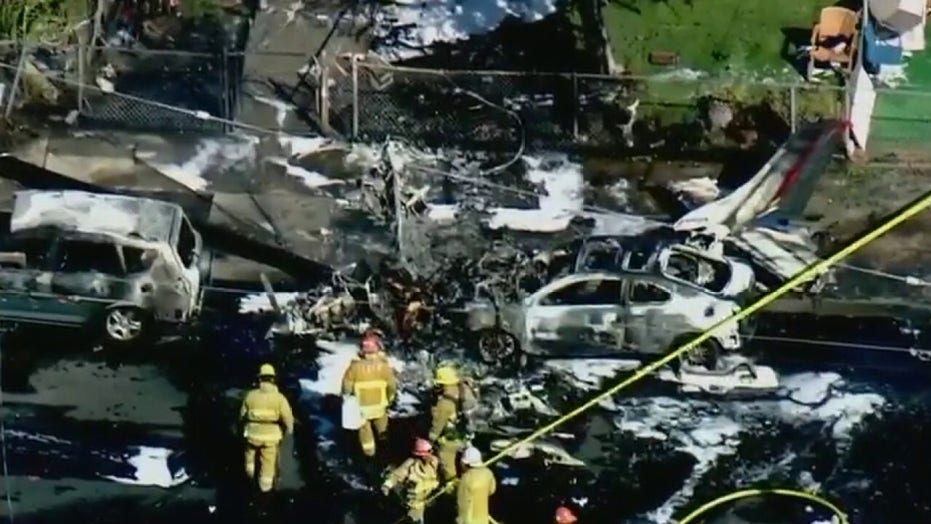 A Cessna 172 plane crashed in a California neighborhood, according to reports.

A pilot was killed Thursday in the fiery crash of the single-engine airplane on a street just outside a small airfield in the San Fernando Valley community of Pacoima, authorities said.

The pilot was not immediately identified.

Only the pilot was aboard when the Cessna 172 went down on final approach to the runway, said Federal Aviation Administration spokesman Ian Gregor.

Fire Department spokesman Nicholas Prange said the sole occupant of the aircraft died and no one else was injured.

City utility workers shut down power to the area due to the electrical hazard.

Firefighters had to avoid downed power lines as they extinguished flames that engulfed the aircraft wreckage, at least two parked vehicles and vegetation on the front lawn of a home across the street from one end of Whiteman Airport’s runway.

Whiteman, which serves small aircraft, is located in the Pacoima area about 15 miles northwest of downtown Los Angeles.

The crash will be investigated by the FAA and the National Transportation Safety Board, which will determine the probable cause.