Snow leopard leaps through the air with its paws outstretched Jazz hands! Snow leopard leaps through the air with its paws outstretched in comical star jump pose in Montana

This beautiful snow leopard strikes a cute kitten-like pose at a national park in the US state of Montana.

Photographer Ron Conigilaro, 47, from Detroit, Michigan, captured the charming moment the endangered big cat did the ‘jazz hands’ on a visit to the Glacier National Park.

The leopard, named Mystique, is part of a breeding program to ensure healthy management of the species.

‘Mystique is gorgeous, healthy, fun loving cat that is treated like royalty at her home in Montana,’ Ron said. 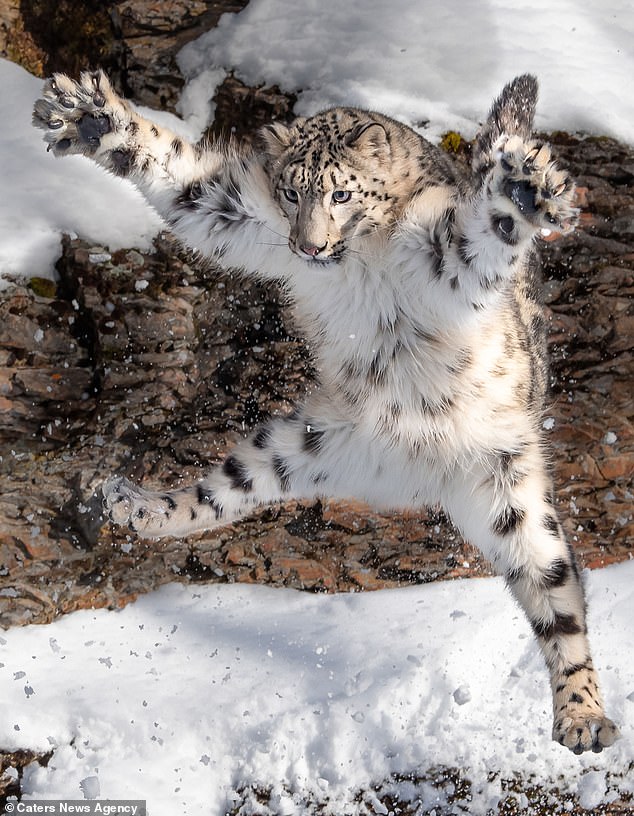 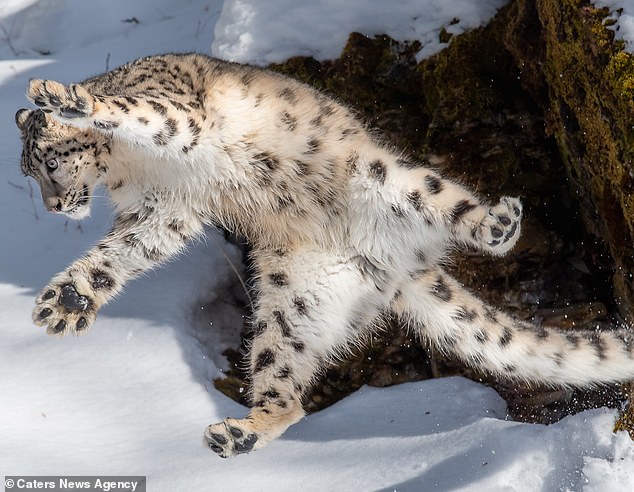 This cute snow leopard, named Mystique, falls sideways after jumping up in the snow in this photo taken by Detroit photographer Ron Conigilaro 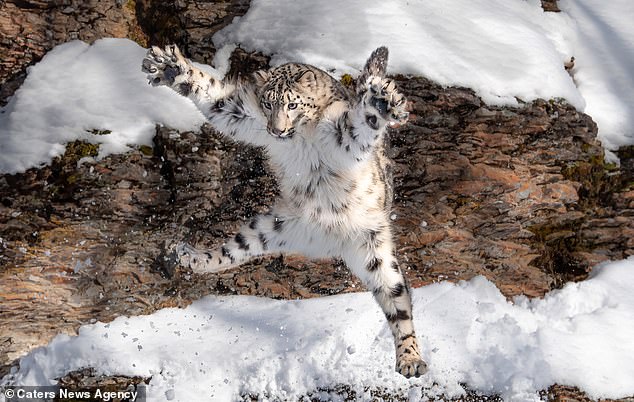