Soaring price of ingredients for fillings takes a bite from sandwiches

Are we losing our appetite for sandwiches? Soaring price of ingredients for fillings takes a bite out of our beloved lunchtime snack

The great British sarnie is facing an unprecedented cost-of-filling crisis.

As well as soaring prices for ingredients, the sandwich is also under threat from working from home, changing tastes and staff shortages at manufacturers.

Makers have been forced to slash the number of their products, raise prices and offer £1,200 ‘golden hello’ bonuses as they scramble to find anyone left in Britain who wants to make a BLT.

Shortages of egg and vegetable oil have seen an 80 per cent price rise in the cost of mayonnaise, while cheese could hit £8 per kilogram by the end of the year.

Details of the crisis have been revealed by bosses at Raynor Foods, in Essex, which makes 80,000 sandwiches a day for cafes, supermarkets, canteens and hospitals. The rise of home working appears to have led to a permanent fall in office worker numbers, with the result sandwich sales are around 20 per cent down on pre-pandemic levels. 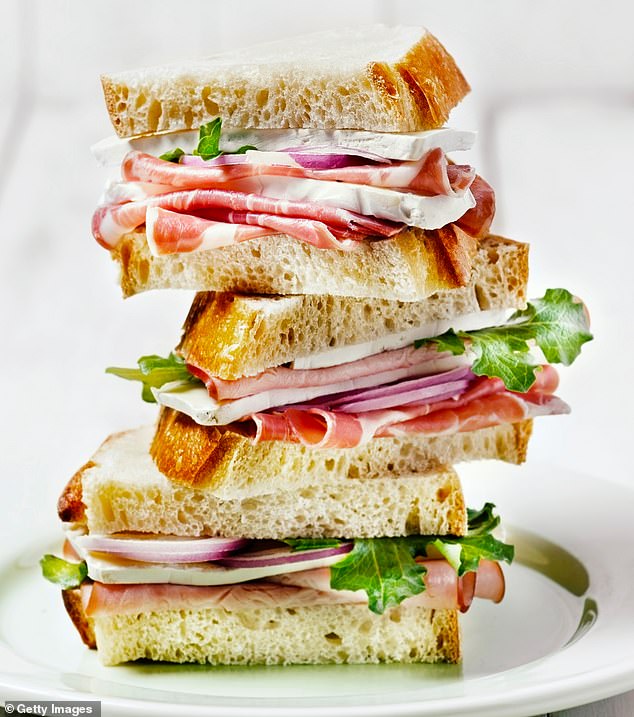 The great British sarnie is facing an unprecedented cost-of-filling crisis.

Brexit has led to a sharp fall in the availability of cheaper workers from the EU, both at the sandwich makers and the takeaway chains such as Pret a Manger and Greggs.

Both made redundancies or furloughed workers during the lockdowns and now Pret has been forced to raise wages twice since September. Director of the British Sandwich Association, Jim Winship, said shortages of ingredients caused by supply chain disruption are forcing manufacturers to streamline their ranges.

One supplier, Greencore, cut its number of products by a quarter after the onset of Covid-19 and it remains about a fifth below pre-pandemic levels. Rival Simply Lunch cut its offering from 150 items to 100.

Raynor chairman Matt Raynor said: ‘I’m concerned for the whole industry.’ Adding that one recruitment drive saw four out of 17 new workers drop out within two days, he told the Financial Times: ‘We are asking people to do a physical job in a cold room without windows, for long periods.’

Tim Lang, emeritus professor of food policy at City University, questioned the future of the ready-made sandwich industry, saying: ‘You’ve got a plastic-wrapped sandwich made overnight in a factory up the A1 and driven down in cold store, oil-guzzling trucks to deliver to put in a BP M&S garage. Is it sensible? It’s bonkers.’

Popularity of sandwiches is also being hit by the fact that workers are more inclined to make a packed lunch than previously and many want to eat more exotic lunches using delivery apps. Julie Ennis, of caterer Sodexo, told the FT: ‘People aren’t coming into the office for a ham sandwich.’