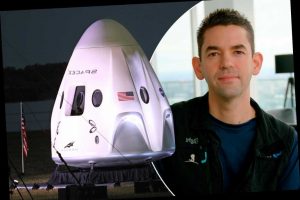 Would you want to explore outer space without an astronaut?

SpaceX is planning to launch four private citizens into orbit around the Earth by the end of this year, it said Monday in a press release.

The mission, known as Inspiration4, is called “the world’s first all-civilian mission.” Elon Musk’s company pledges the Crew Dragon capsule will launch by the fourth quarter of 2021.

The company’s spacecraft will be commanded by Jared Isaacman, the founder and CEO of Shift4 Payments. The mission, known as Inspiration4, seeks to raise support for St. Jude Children’s Research Hospital. Isaacman is donating the three accompanying seats on the mission “to crew members who will be selected to represent the mission pillars of leadership, hope, generosity and prosperity,” SpaceX said in a press release.

“Inspiration4 is the realization of a lifelong dream and a step towards a future in which anyone can venture out and explore the stars. I appreciate the tremendous responsibility that comes with commanding this mission and I want to use this historic moment to inspire humanity while helping to tackle childhood cancer here on Earth,” Isaacman said in a statement.

Isaacman has given St. Jude two of the seats on the mission, with one “reserved for a St. Jude ambassador with direct ties to the mission.” The fourth and final crew seat will be decided by an online competition that runs from Feb. 1 to Feb. 28, open to new and existing customers of Isaacman’s Shift4Shop eCommerce platform.

The Inspiration4 crew will undergo training led by SpaceX, in which they will prepare for launch atop one of the company’s Falcon 9 rockets.

Elon Musk’s company has announced several private missions in the past few years, including a deal with Japanese billionaire Yusaku Maezawa to fly on the company’s Starship rocket on a trip around the Moon in 2023. SpaceX also has space tourism deals with Axiom Space, which aims to fly four people to the International Space Station on a 10 day trip early next year, and Space Adventures, which plans to fly four tourists on a five day “free-flyer” trip to orbit by 2022.