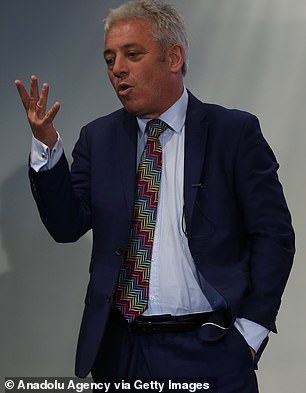 John Bercow has claimed the debate over Brexit could rumble on for another 20 years.

The Speaker of the House claimed it could take until 2039 for the UK’s relationship with the EU to finally be resolved.

In a speech in America Mr Bercow warned that ‘no force on Earth’ could stop Parliament having the final say about Brexit.

He also said it was a ‘reasonable guestimate’ that Britain’s vote to leave the EU was in part because of the Conservatives’ austerity measures.

Mr Bercow also said he believed Brexit has been so difficult to achieve it has likely put the British public off any further referenda.

The comments from Mr Bercow are likely to reignite concerns about his partisanship yet again weeks before he is due to step down.

He flew to New York while Parliament in prorogation for five weeks – a decision which he has called ‘not normal’ – to speak at New York University.

The talk, called ‘Brexit for Breakfast: A Day in the Life of John Bercow, Speaker of the UK House of Commons’ took place in a packed theatre in the journalism department.

Students were encouraged to Tweet about the talk with #nyubercow and afterwards he posed for photographs as if he were a celebrity.

During questions from journalism students, Mr Bercow said he believed that Parliament ‘cannot be ejected from the centre stage of the attempted dispute resolution process’ during Brexit.

He said: ‘No force on Earth as far as I’m concerned is going to stop Parliament in a Parliamentary democracy deciding what course it wishes to chart. 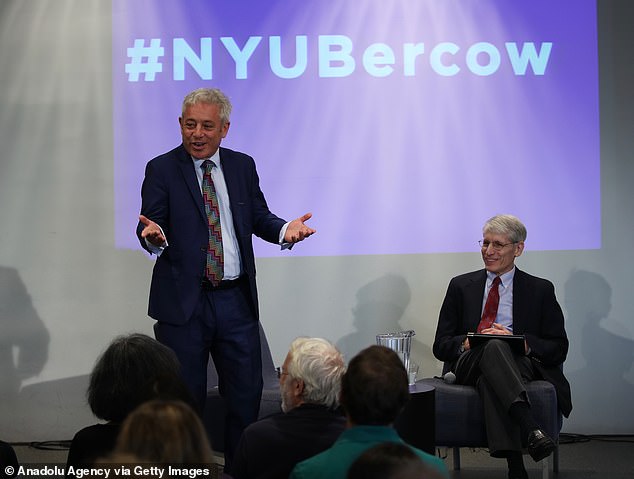 Bercow is pictured addressing students in the the university’s journalism department, where he discussed Brexit and austerity as well as the role of the Speaker

‘Indeed I think that this point is so obvious and so plain and so manifest that only an extraordinarily sophisticated person or someone determined to misunderstand and misrepresent could possibly fail to grasp it’.

Mr Bercow said the Brexit referendum was ‘extremely important’ but it does not mean that Parliament ‘just gives up’.

He said: ‘Parliament hasn’t given up, Parliament is taking views on the matter and my strong expectation is that it will continue to do so until now and the end of October and probably for some period thereafter because even if an agreement one way or the other is reached on Brexit there will be ongoing debate about the future relationship between the UK and the EU for at least the next five years and more likely the next 10 and possibly the next 20’. 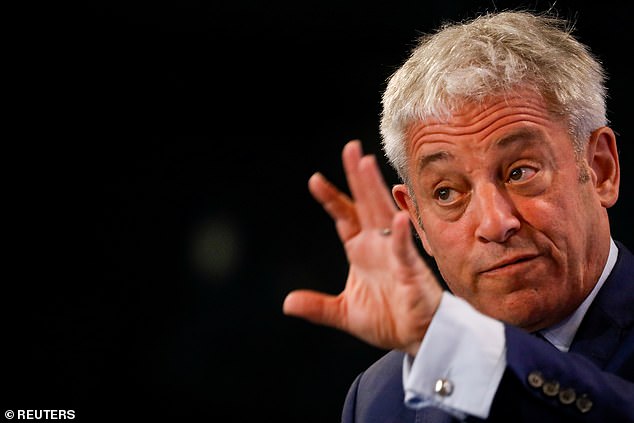 Mr Bercow was introduced by Professor Steven Solomon who that he was ‘known for his quick wit’ and for ‘championing the rights of backbenchers to hold the government to account’.

Mr Bercow was asked about reports that the Tory austerity measures caused Britain to vote to leave and he said it was a ‘reasonable guestimate the economic circumstances of the time can impact upon a public vote’.

Mr Bercow said that there was ‘considerable uncertainty’ if Britain had an appetite for future referenda.

He said: ‘Whether there will be an appetite for other referenda in the future is a matter of consierable uncertainty. I’m not sure that will be the case but I’m sure there will be discussions within the parties about approaches to referendum. Should it be a straightforward majority or not, should 16 and 17 year olds have the right to vote, all those things will be write large.’

The talk was not Mr Bercow’s first public appearance in the US and he appears to be setting himself up for the lucrative speaking circuit after he leaves office.

In June he went on a whirlwind trip to Washington where he addressed the Virginia General Assembly and the Brookings Institute, a left-leaning think tank

Mr Bercow then flew to Boston where he spoke to Boston University students as part of an event organized by the Foreign Office.

Mr Bercow could also be eyeing up an academic position in the US to burnish his intellectual credentials, a route taken by the likes of Ed Balls and George Osborne.

Prior to the talk he spoke with some journalism students for half an hour after staying the night in a hotel in New York.

NYU spokesman James Devitt said that Mr Bercow was not paid for the talk and the university did not pay for his travel or accommodation. At least one bodyguard was seen at the talk escorting Mr Bercow out of the theatre.