Downing Street staff initially missed their ‘Partygate’ fines – because they landed in their email junk folders.

Last week police issued the first 20 fixed penalty notices for breaching Covid rules, and insiders said workers are now frantically checking their spam mail to see if they’ve been found in breach of the laws.

Fines will double if not paid within a fortnight, and could lead to court if not settled within 28 days. 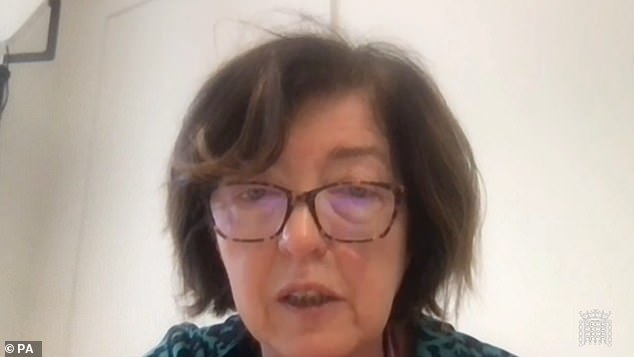 Sue Gray has led the investigation into Partygate, which has resulted in a number of fines

Sources said advisers and civil servants should be required to disclose they have been fined to their employers – or risk leaving themselves open to blackmail.

Police are issuing fines directly to staff and so far they have not been required by No10 or the Cabinet Office to reveal they received them.

The Metropolitan Police said it will not confirm the names of those fined.

A boozy leaving do for Downing Street private secretary Hannah Young on June 18, 2020 is reportedly the first ‘Partygate’ event where £50 fixed penalty notices have been issued.

No10 has said it will only disclose if Boris Johnson, Rishi Sunak or Cabinet Secretary Simon Case were fined over Downing Street parties.