The number of ambulance staff is falling despite a rise in demand, according to a Daily Mail analysis.

The workforce in England had been increasing since April 2019 but has dropped for three months in a row, analysis of NHS figures reveals.

From October last year to March this year, the number stayed above 18,000, while it now stands at 17,847, the lowest since September last year. 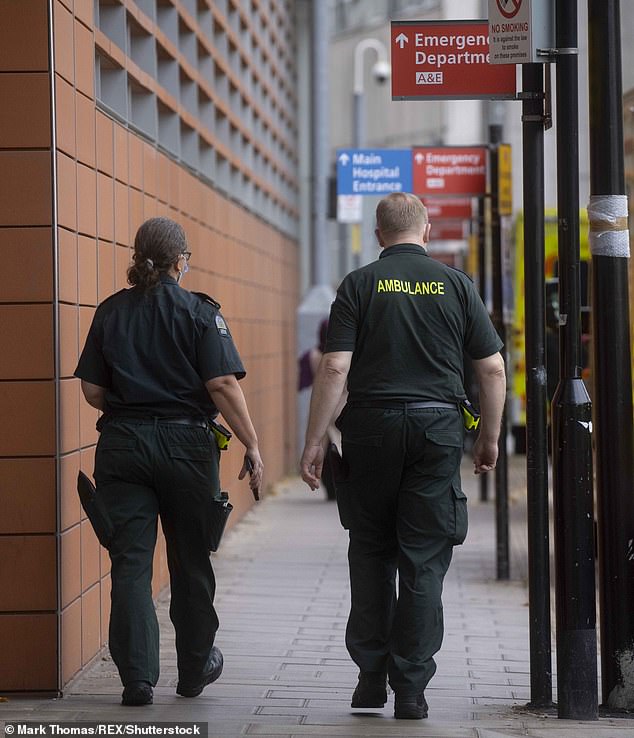 The ambulance workforce in England had been increasing since April 2019 but has dropped for three months in a row, analysis of NHS figures reveals. Pictured: Paramedics at the Royal London Hospital in Whitechapel 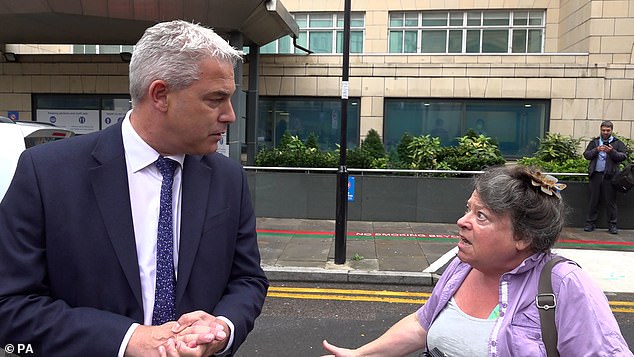 ‘You’ve done bugger all!’ An angry member of the public (right) interrupted an interview with Health Secretary Steve Barclay (left) yesterday to ask why the Government has done ‘nothing’ about NHS ambulance wait times outside Moorfields Eye Hospital in London

The largest union for ambulance staff said workers were leaving in droves due to ‘unbelievable stress and even abuse’ while trying to administer care.

An angry member of the public yesterday interrupted an interview with the Health Secretary to ask why the Government has done ‘nothing’ about wait times.

The woman, who was passing Moorfields Eye Hospital in central London where Steve Barclay had been on a visit, asked: ‘Are you going to do anything about the ambulances waiting, and the people dying?’

She added: ‘You’ve done bugger all… People have died and all you’ve done is nothing.’ It follows weeks of horror stories of ambulance delays, including those of elderly people waiting for one for up to 40 hours.

A third of ambulance workers have seen cases where patient death was linked to delay, according to a GMB member survey.

Its national officer Rachel Harrison said: ‘It’s no wonder ambulance workers are leaving in droves… the service totters on the edge of disaster.’