STEPHEN GLOVER: Philip Hammond’s defiance has given Jeremy Corbyn a lethal weapon.. but maybe his fight should be with Dominic Cummings, the Prime Minister’s chief adviser (who was seen yesterday afternoon on a romantic stroll with his wife)

The question Philip Hammond and other Tory rebels should ask themselves today is who in the world will be most thrilled by their role in helping defeat Boris Johnson and the Conservative Government.

Top of the list come European leaders and bureaucrats in Brussels, who will now think No Deal has been taken off the table without their having to make any concessions to the UK. They may believe that Brexit itself is less likely.

Not far behind them in terms of euphoria will be Jeremy Corbyn and the Labour Party. For yesterday’s motion has put the Opposition in charge of Brexit, at least temporarily – and Corbyn is the leader of by far the largest Opposition party. 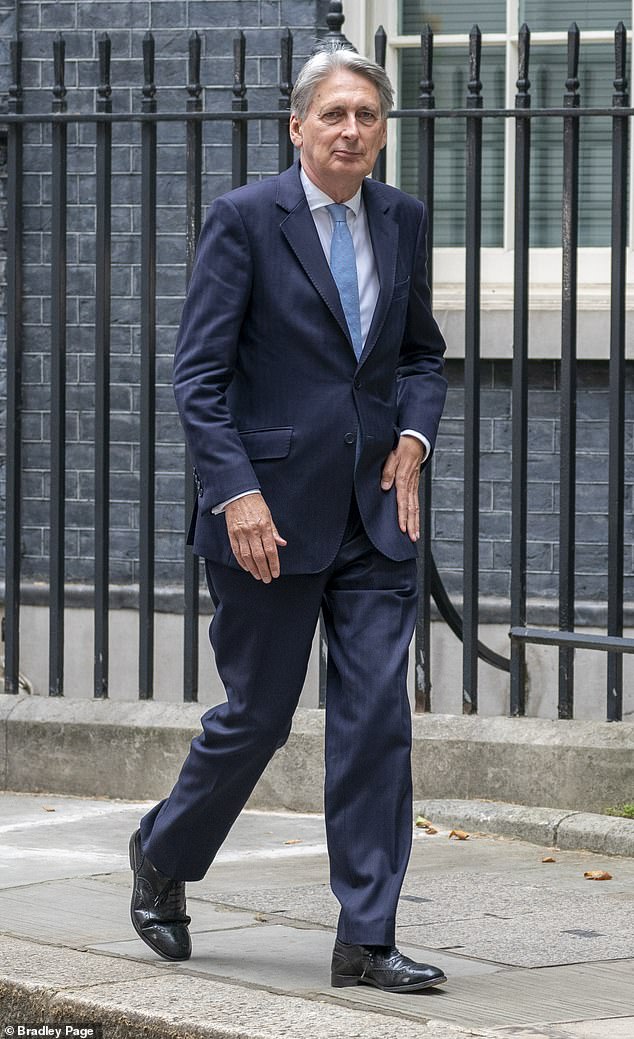 More from Stephen Glover for the Daily Mail…

He may not be the brightest spark who has ever lived, but he understands power, and can grasp that he is closer to it this morning than this time yesterday. Tories who declare that he can never become PM should have their heads examined.

This is the handiwork of Mr Hammond and his co-conspirators. They have done the EU’s Brexit negotiators a favour, and given them a perfect reason for not reopening the tricky question of the Irish backstop. And they have handed the Labour leader a lethal weapon, if only he has the wit to use it.

Of course, Mr Johnson may still save the day by calling an election and winning it. Part of him may welcome what has happened. The fact remains that his room for manoeuvre has been limited. His back is against the wall.

I want in particular to examine Mr Hammond’s motives and conduct, because he is one of the most illustrious as well as the most outspoken of the rebels. 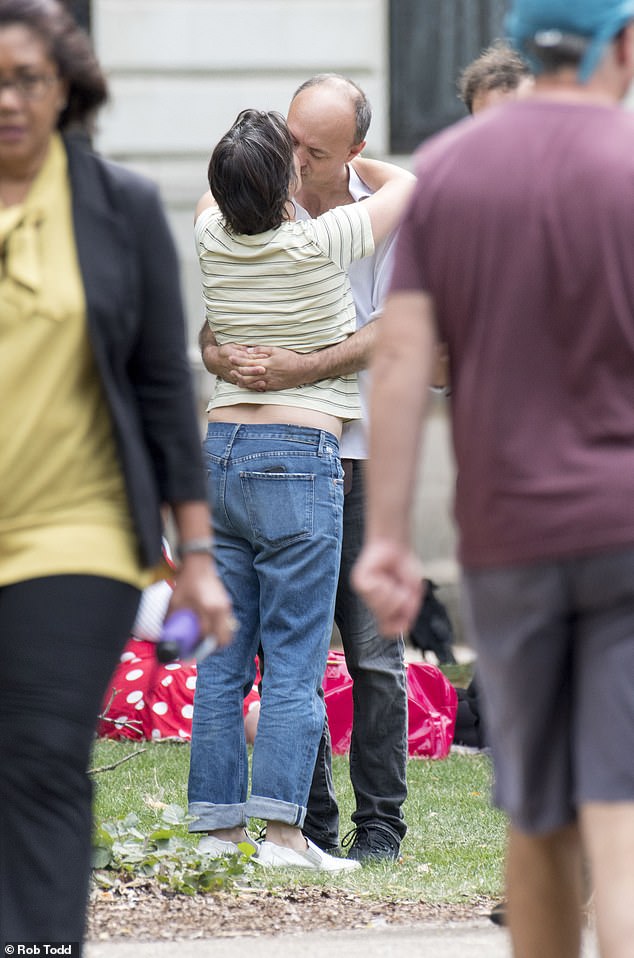 But I think decent Tory Brexiteers should also ask themselves whether the treatment being meted out to Tory dissidents – instant deselection, and effective banishment – is consonant with the values of a great political party.

In fact, let’s consider the objections to Downing Street’s scorched earth approach. Number one is the role of Dominic Cummings, the unelected official who appears responsible for many of the slash-and-burn policies emanating from the Prime Minister.

Cummings is said to be a political genius but he is also ruthless, conceited and in some ways nihilistic. The way in which he summarily dismissed Sonia Khan as a Treasury adviser on the unproven charge that she had leaked information was shocking.

I have little doubt that he is chiefly responsible for the idea that Hammond and Co should be exiled because it would not have originated in the mind of the normally easy-going Mr Johnson.

But Boris is PM and, whoever hatched the plot, he carries the can. I suggest the lesson he should draw from this episode is that relying for very long on a wild character such as Mr Cummings may get him into a lot more trouble. 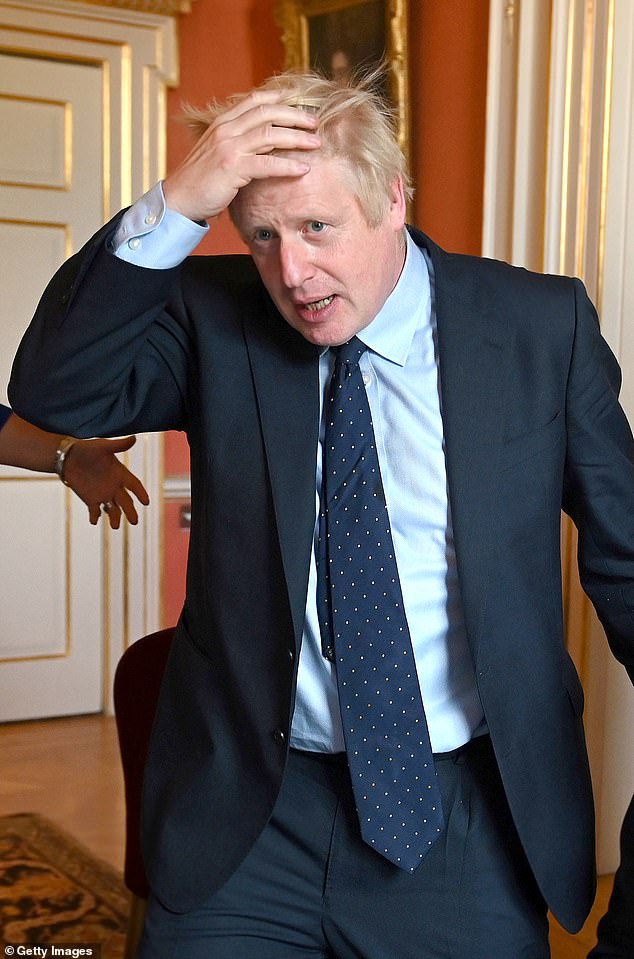 Britain’s Prime Minister Boris Johnson arrives to pose with NHS workers as they take afternoon tea inside 10 Downing Street on September 3, 2019 in London

Nor can we brush aside the argument that eight members of Theresa May’s Cabinet, including Boris Johnson, acted disloyally when they defied the whip and voted down her Withdrawal Agreement.

The rebels’ behaviour yesterday was worse, inasmuch as they voted against the Government in what was effectively a confidence motion, but there are parallels which can’t be airily dismissed.

I am not a member of the Tory Party, and never have been. But I can see that the party has had great virtues, one of which has been a toleration of different beliefs. Every great political party must be a broad church.

So that is one side of the argument. I submit there is a fair amount of placing of heads in the sands by those who maintain there aren’t any uncomfortable contradictions raised by the savage treatment being devised for rebel Tories.

But there is another side of the argument which I believe is even stronger, and despite all I have said makes me side with Boris Johnson even as I watch the Tory Party being torn apart, though the defection of 20 out of 310 Tory MPs does not yet constitute a split.

The truth is, Mr Hammond was wrong to intervene as he did. If he had been an out-and-out Remainer like some of his colleagues (for example, Ken Clarke), I could have understood his treachery better. But he has constantly declared that he wants to deliver Brexit.

It’s true that during Mrs May’s administration he delayed No Deal preparations and, if the testimony of EU negotiator Michel Barnier is to be believed, neither he nor Mrs May ever invoked No Deal.

Nonetheless, he has packaged himself as being pro-Brexit. And yet on Radio Four’s Today programme yesterday morning he announced that ‘no progress is being made’ in negotiations.

How can he know? Or, to be more precise, why does he assume the Government won’t come up with reasonable proposals over the Irish backstop, as Mr Johnson undertook to do when he met Angela Merkel in Berlin? She gave him 30 days, fewer than half of which have elapsed.

In other words, Mr Hammond has decided the Government can’t and won’t get anywhere with its negotiations, and so he removes from the Prime Minister the use of the threat of No Deal which might – just might – have had the effect of concentrating EU minds. What preposterous arrogance! 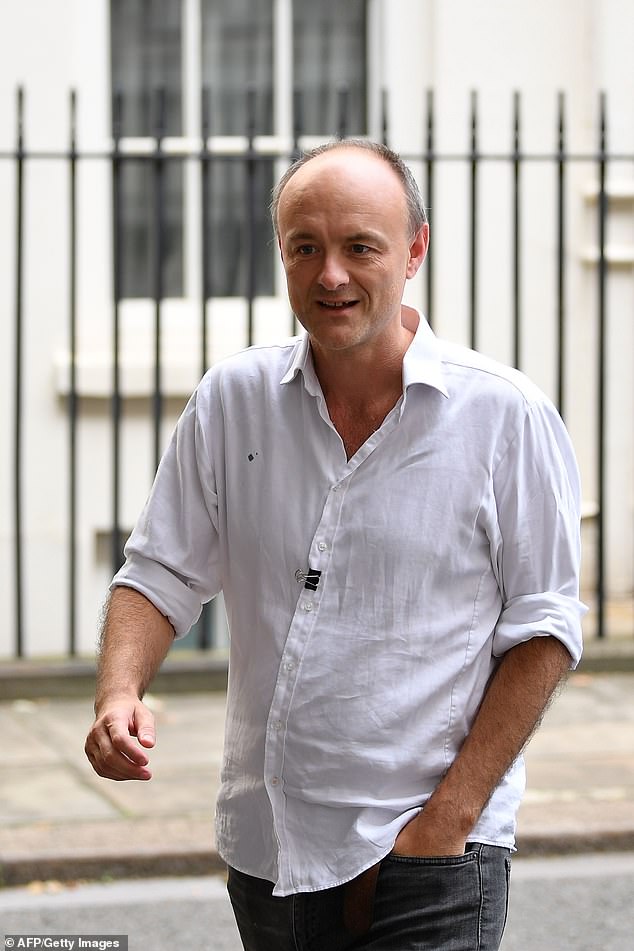 It’s odd. A short spell on the backbenches has transformed this most cautious of ministers. The man nicknamed Eeyore after the gloomy donkey in Winnie the Pooh has turned into Tigger, an irrepressible, bouncy animal with complete, though sometimes misplaced, confidence in his own abilities.

Why couldn’t Mr Hammond and his fellow conspirators have waited to see whether the Government succeeds in making progress before he joined a coalition of malcontents, the great majority of whom want to jettison the Tories and undo Brexit?

After all, Mr Hammond had three years in which to make a go of it – and failed. Boris Johnson has barely had six weeks, and yet the former Chancellor has pulled the rug from under him. It won’t do.

In a way, I can understand the motives of those Tory rebels – Justine Greening, Alistair Burt and Phillip Lee at the time of writing – who have decided Mr Johnson’s Conservative Party is no longer for them. They don’t see a role for themselves in a pro-Brexit party prepared to entertain No Deal.

Philip Hammond is different, and I am sure there are others, in hoping to remain as a Tory MP. But why should he be allowed to do so if he intends to ignore the Conservative Party manifesto and vote against the Government’s central policy?

The Tory Party at the moment is dedicated to delivering Brexit. Yesterday’s vote is undoubtedly a setback, but we can be sure Boris Johnson won’t give up.

I hope there’ll be room for people who don’t see eye to eye with the PM and his sinister consigliere Dominic Cummings, but they should keep their heads down right now. Mr Hammond can hardly complain if he loudly stands up, and discovers his has been blown off.