Stop whingeing, Harry. It's great to be the spare, writes MARK PALMER

Stop whingeing, Harry. It’s great to be the spare! MARK PALMER saw his elder brother get the title, stately home and seat in the Lords. But in this open letter, he tells the Duke of Sussex he couldn’t be happier

The title of your £28-a-copy book, due to be published on January 10, has come under widespread scrutiny. And for good reason. You have chosen to call it ‘Spare’, no doubt in reference to the phrase ‘an heir and a spare’, coined in the 1890s by the American socialite Consuelo Vanderbilt.

In your case — and this is an impression enhanced by your gloomy expression on the cover — the word has worrying connotations. And they’re all smacking of self-pity. Surplus to requirements; left out in the cold.

The Spanish version of your tome is subtitled En La Sombra: ‘in the shadow’. Others — and congrats on securing translations into 16 languages, by the way — refer to ‘Leftover’ and even ‘Reservist’. MARK PALMER: The title of your £28-a-copy book, due to be published on January 10, has come under widespread scrutiny. And for good reason. You have chosen to call it ‘Spare’, no doubt in reference to the phrase ‘an heir and a spare’

All this has prompted me to write to you. Because in a far less grand or significant way, I am also a ‘spare’. But I have never felt ‘in the shadow’ — and certainly not regarded myself as a ‘leftover’.

Like you, I have a brother, in my case born three years before me. His name is Adrian and he was always the heir. He inherited the title, Lord Palmer, some 30 years ago, and sits as a cross-bencher in the House of Lords.

He also inherited a stately home in the Scottish Borders called Manderston, which was remodelled in 1905 by the Edwardian architect John Kinross (complete with the only silver staircase in the world), plus 1,200 acres of farmland, a marble dairy, stables (described by Horse and Hound magazine as ‘possibly the finest in the world’), a lake and 60 acres of formal gardens.

As far as I can gather, my brother receives about £300 a day just for turning up at the House of Lords and has the support of a secretary in the Palace of Westminster paid for out of the public purse. He’s a hereditary peer, who was elected by fellow hereditaries who avoided the chop when Tony Blair was prime minister.

And I’m the spare. Or, at least, I was until Adrian had two sons (plus a daughter) of his own. But it never crossed my mind to feel miffed about this, in the way you clearly do. On the contrary, it was how it was. The cards had been dealt.

And here’s the point, Harry. Being the spare gave me a freedom my brother never had. I was able to become a journalist — and am now this paper’s travel editor, lucky enough to travel far and wide.

In a similar way, as the Windsor ‘spare’, you have been at liberty to plough your own furrow: first by joining the Army and showing true bravery in Afghanistan (an opportunity that your elder brother might reasonably have been denied) and later on in the sunny uplands of California. 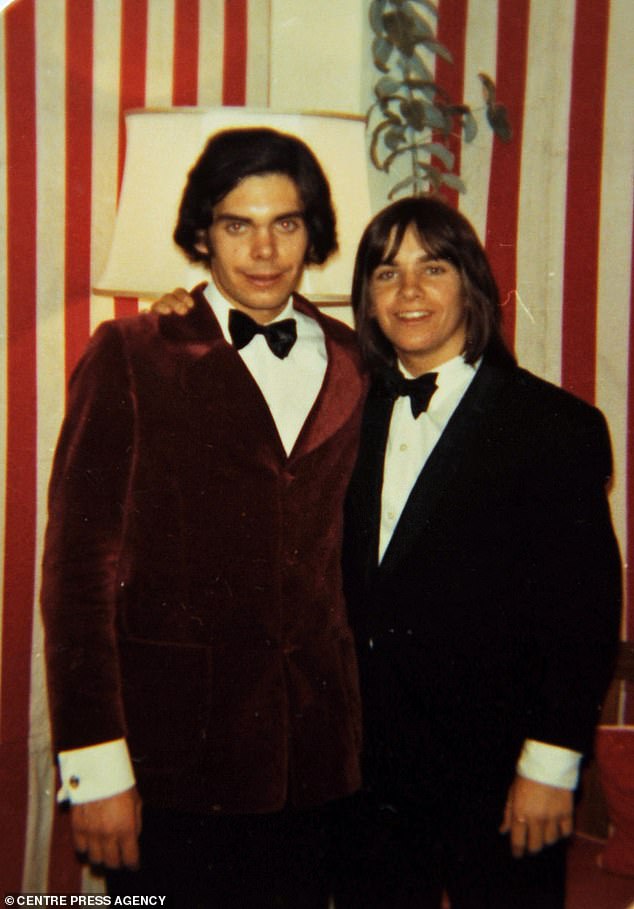 Mark Palmer, 18, (right) with his brother Adrian, 21 (left). PALMER: ‘Like you, I have a brother, in my case born three years before me. His name is Adrian and he was always the heir’

You made those choices. No one forced you into them — even if your wife, Meghan, may have helped to steer you towards a new life across the pond. Yet you feel hard done by and have now written about your oh-so-terrible lot with ‘raw, unflinching honesty,’ as your publisher Penguin Random House puts it.

This is all such a pity. Believe me, there are many advantages to being a spare, each unique to a particular family.

My brother and many of those close to us over the years would say that I was our mother’s favourite: that she lavished praise on me more than she did on him. And it was praise that I hardly deserved, given some of the choices I made.

The same thing happened to you. You were, for a long time, Britain’s favourite prince. We took you to our hearts, forgiving the odd indiscretion when you were snapped falling out of a nightclub half-cut or when you sank into the occasional sulk at being constantly in the public eye.

We liked your cheeky-chappy spirit. You came across as down to earth, with a sense of mischief — and we were acutely aware of the pain, at such a young age, that you suffered at the death of your mother. We were on your side.

Above all, we believed that your heart was in the right place — until, that is, Meghan came along and captured it.

But, here’s the rub, we took to her as well. She was welcomed by the majority of the country and regarded as a breath of fresh air. Her race was not an issue, for all the complaints you both made on Oprah Winfrey’s sofa. She had, you insisted, made you happy — and that was all we wanted to see.

Yet you don’t look happy now. And just yesterday, we read the results of a new poll that showed only the disgraced Prince Andrew — that friend of a serial paedophile — ranks lower in the British public’s royal affections than you and Meghan do. (Your elder brother — and how this must rankle! — is the nation’s solid favourite, even more than the King.) Spares who constantly complain about their lives can swiftly fall from public favour.

May I humbly suggest you consider the plight of Prince Carl Philip of Sweden. He was the heir to the Swedish throne for the first seven months of his life — and then in 1980, the constitution changed so the firstborn, regardless of gender, would accede. That makes his sister, Victoria, the heir.

What’s more, Carl Philip then took some flak for marrying a former glamour model in 2015, who once posed topless for a lads’ mag. But he didn’t do a runner.

Then, in an effort to slim down the monarchy, King Carl XVI Gustaf decreed that Carl Philip’s two sons would no longer have royal status at all.

Admirably, Carl Philip took it all on the chin and even said that the decision would open new doors for his boys. More examples of uncomplaining spares can be found across Europe’s other royal families. Please take note.

Let me tell you, as a fellow spare: your general demeanour is not helping your cause. It smacks of ‘poor me’: as if you have suffered as a result of having an elder sibling, as if you’ve had to live off scraps. But you haven’t.

Unlike many secondborns, you never had to rely on hand-me-downs from your big brother. You were never deprived of a top-notch education because your parents couldn’t quite afford two sets of school fees. Instead, you made your own future within the strictures of royal life, discovered huge success with programmes such as the Invictus Games — and then ‘found freedom’ altogether, thousands of miles away in Montecito.

So, rather than dwelling on the negatives and continually recounting your grievances, consider how fortunate you have been. You might indeed have been the ‘spare’ (until Prince George came along), but you were never spared all the privileges that came with being third-in-line to the throne.

You weren’t denied the education, the expensive skiing holidays, the African safaris, the polo on pedigree ponies, the best seats in the house at rugby and football matches or a financial stipend of which most people can only dream.

So, for goodness sake, snap out of it — and spare us all the moaning about being a spare.

If you’ll let me be frank, your book’s title is at best misguided and at worst downright insulting to all us ‘spares’ — who’ve found a curious comfort in coming second.