A tornado hit Berlin, Massachusetts, just after midday on Monday, the National Weather Service (NWS) in Boston confirmed, as residents were urged to take shelter. 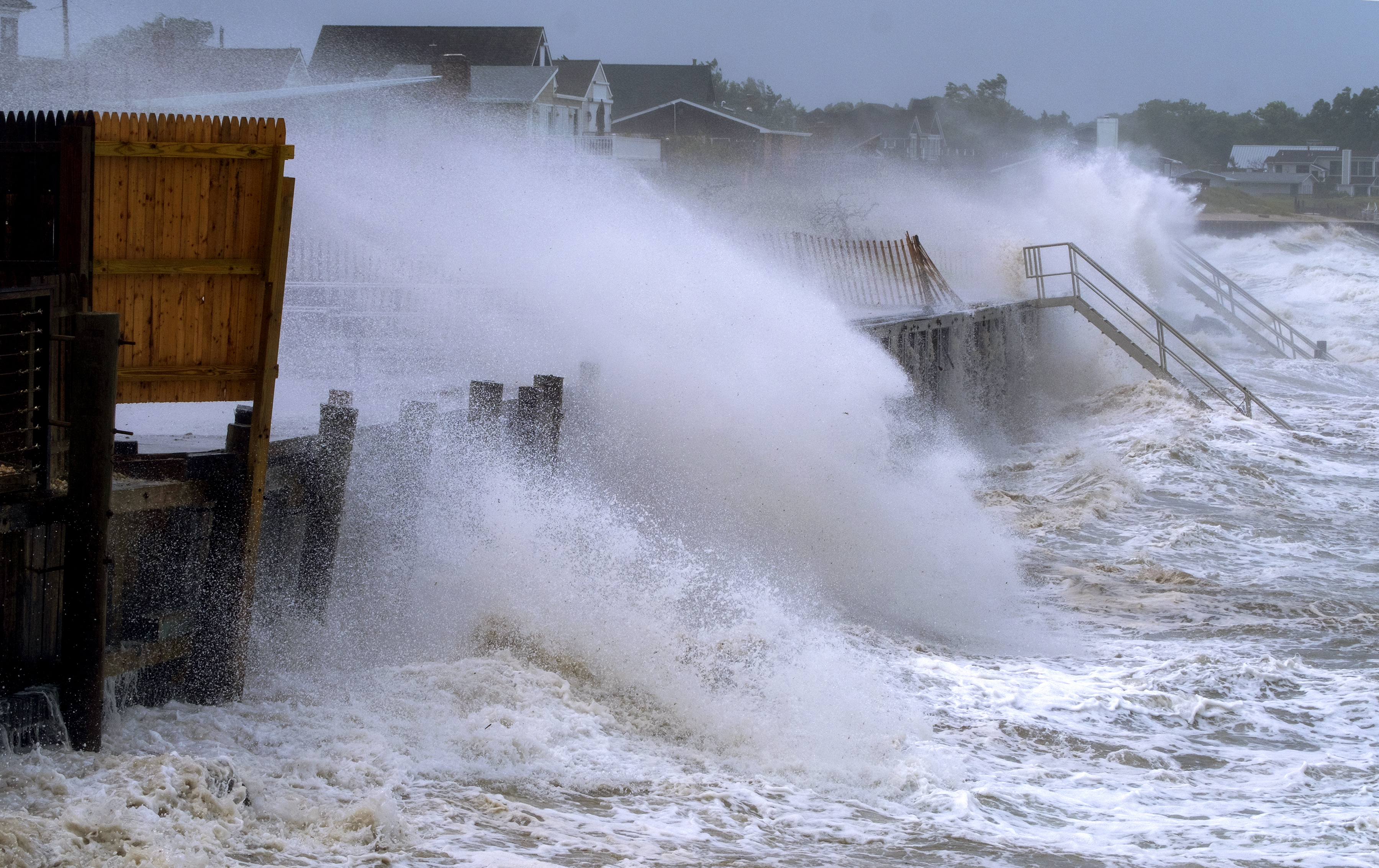 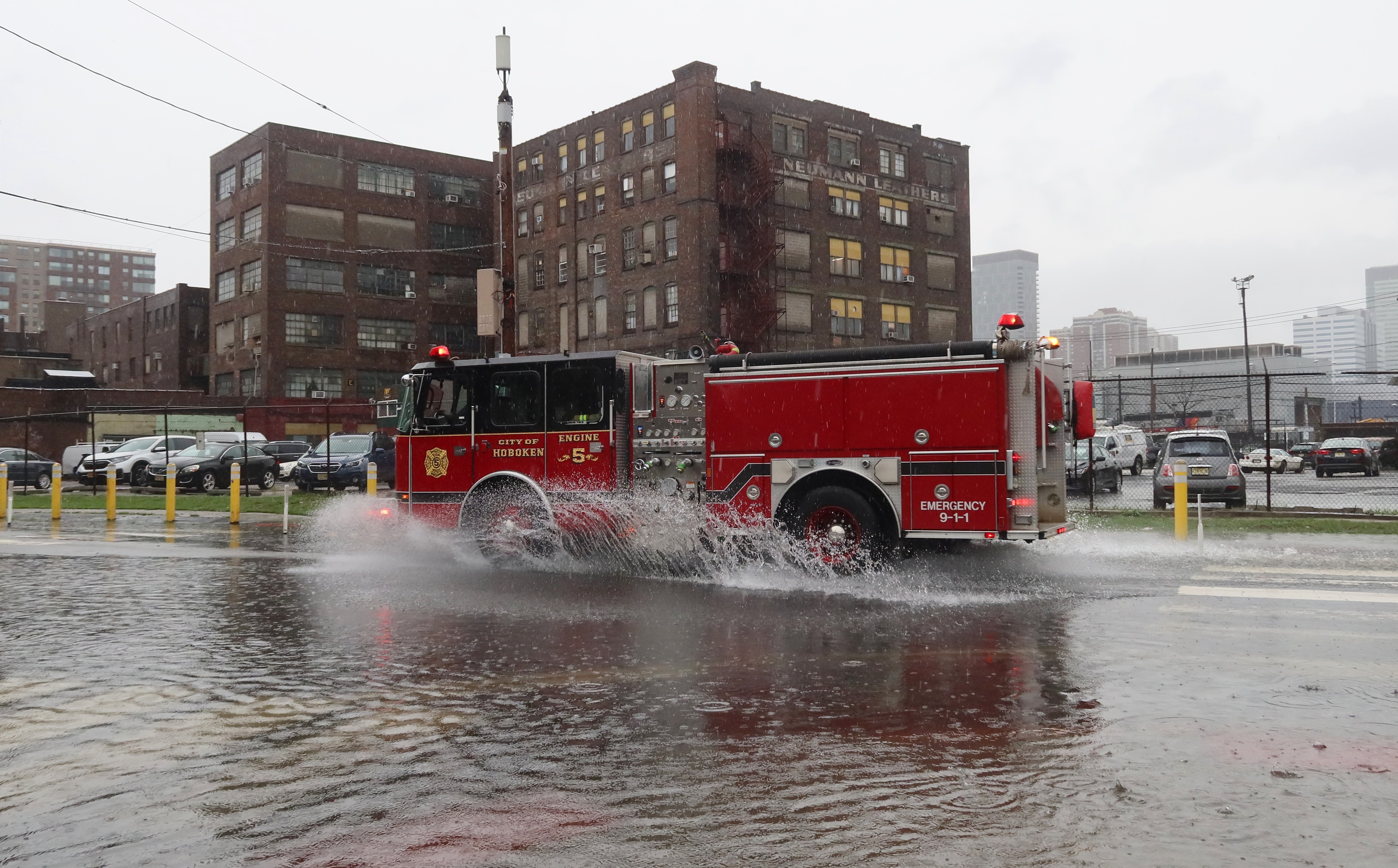 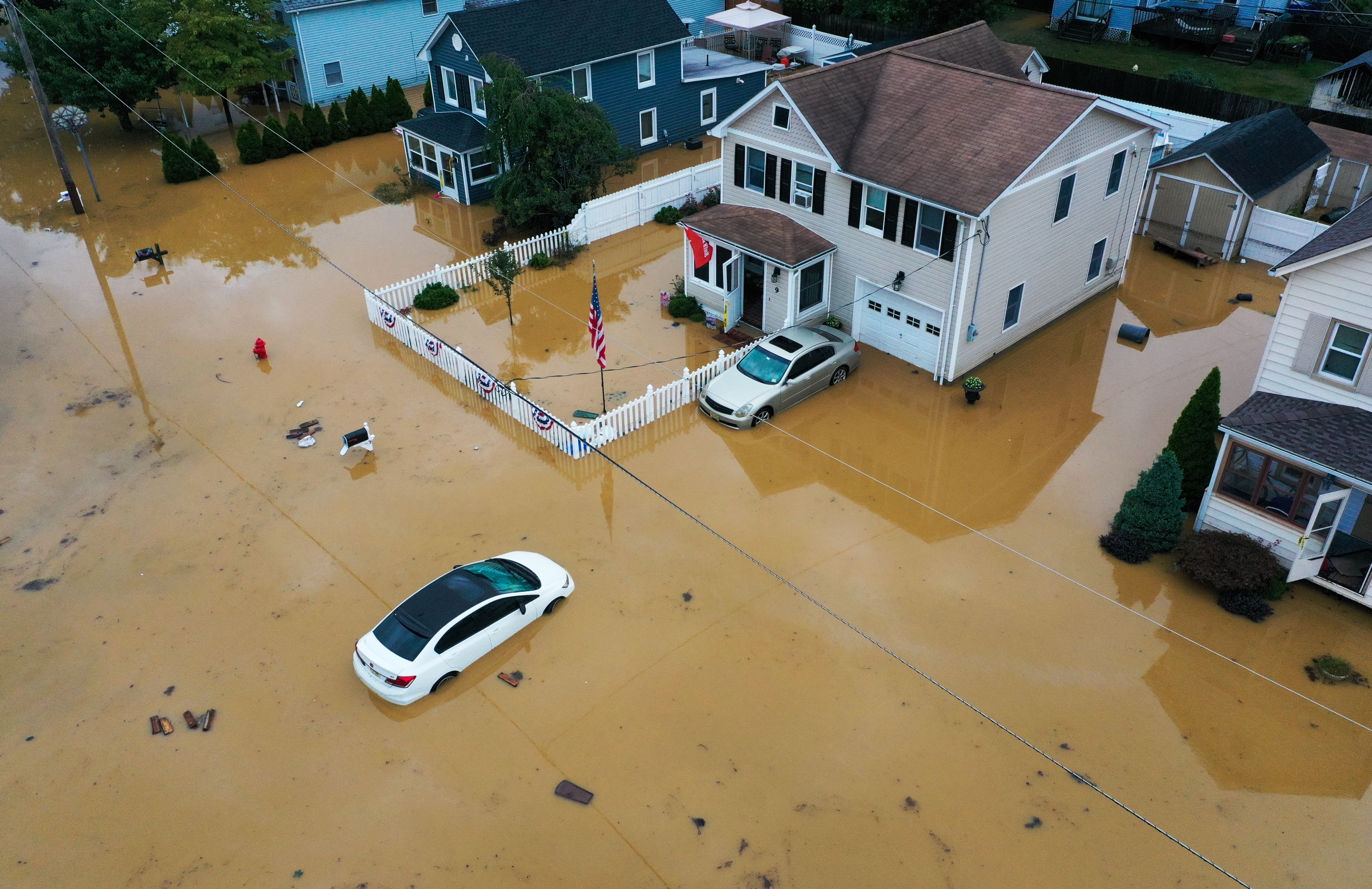 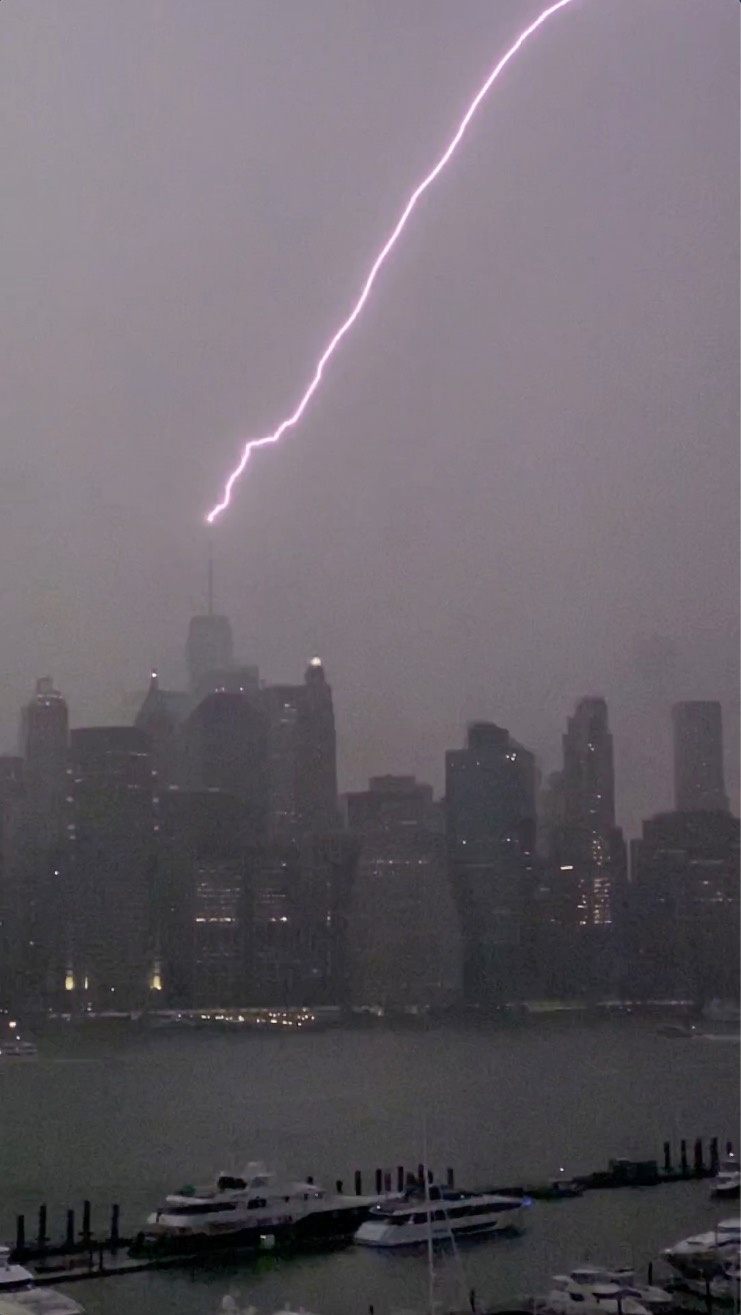 It was reportedly traveling at 15mph and no injuries were reported.

It took down a tree and two cars were damaged but there were also no injuries.

Henri was downgraded to a tropical depression on Sunday evening and remained "nearly stationary" about 60 miles north of New York City as wind levels dropped, the NWS said.

Yet the threat of more heavy flooding remains as the storm is expected to bring downpours across the northeast throughout the day.

"The remnants of Henri will move back across southern New England today, possibly resulting in renewed flooding from scattered showers and thunderstorms that will be accompanied by torrential downpours," the NWS said in a 6am EST update.

"Also, an isolated brief tornado can't be ruled out."

"We are not quite done with Henri, as the now tropical depression will produce an additional 1-3" of rain as it pivots across SNE today," it added in a later update.

The further weather warning comes after Henri made landfall in Rhode Island just after noon on Sunday with sustained winds of 60mph.

The wind strength had dropped by half by Monday but not before the storm caused damage that knocked out power for more than 100,000 homes and businesses.

Power had been returned to more than half of them by Monday morning.

The storm quickly weakened after dumping rain across southern New England and then moving westward. 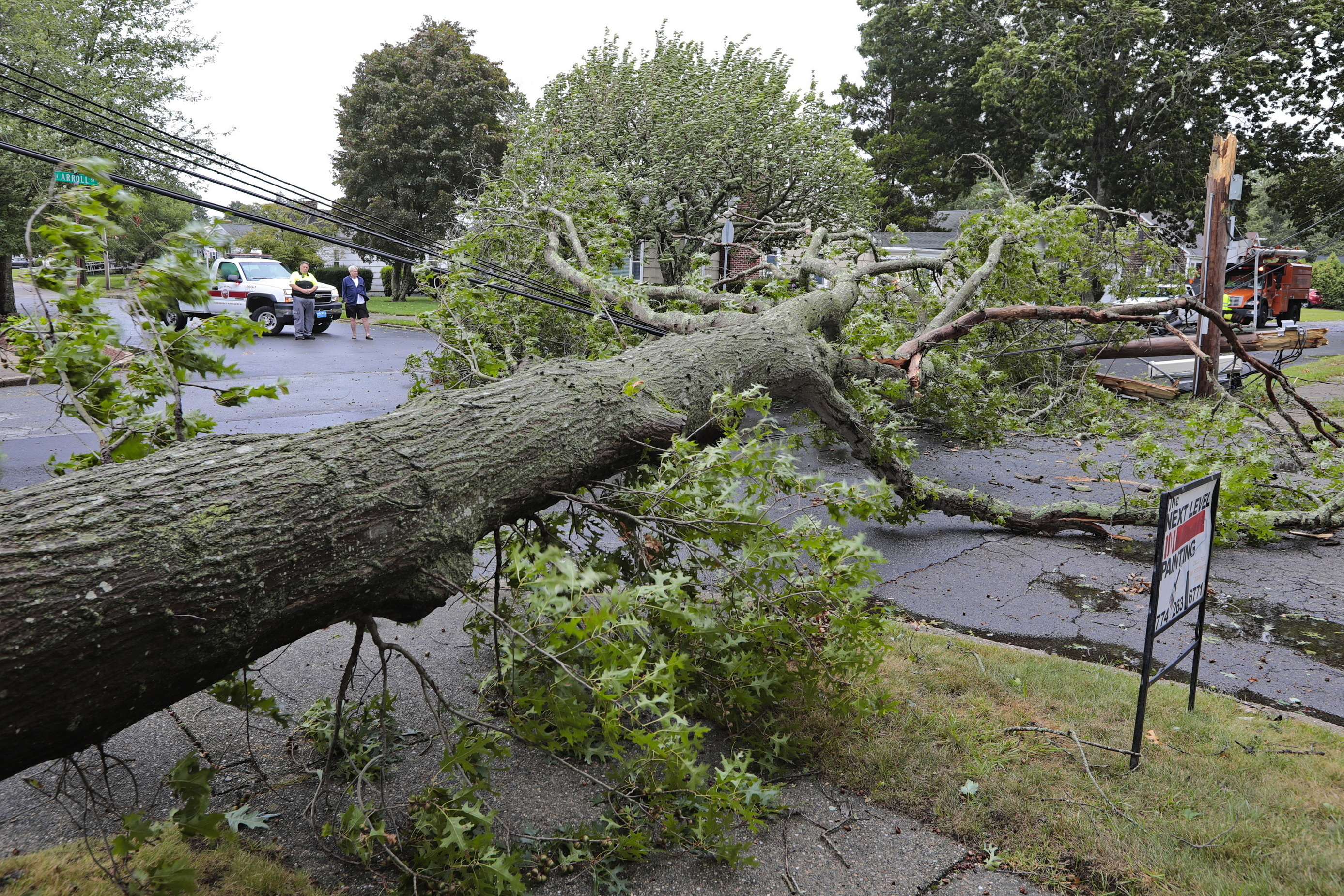 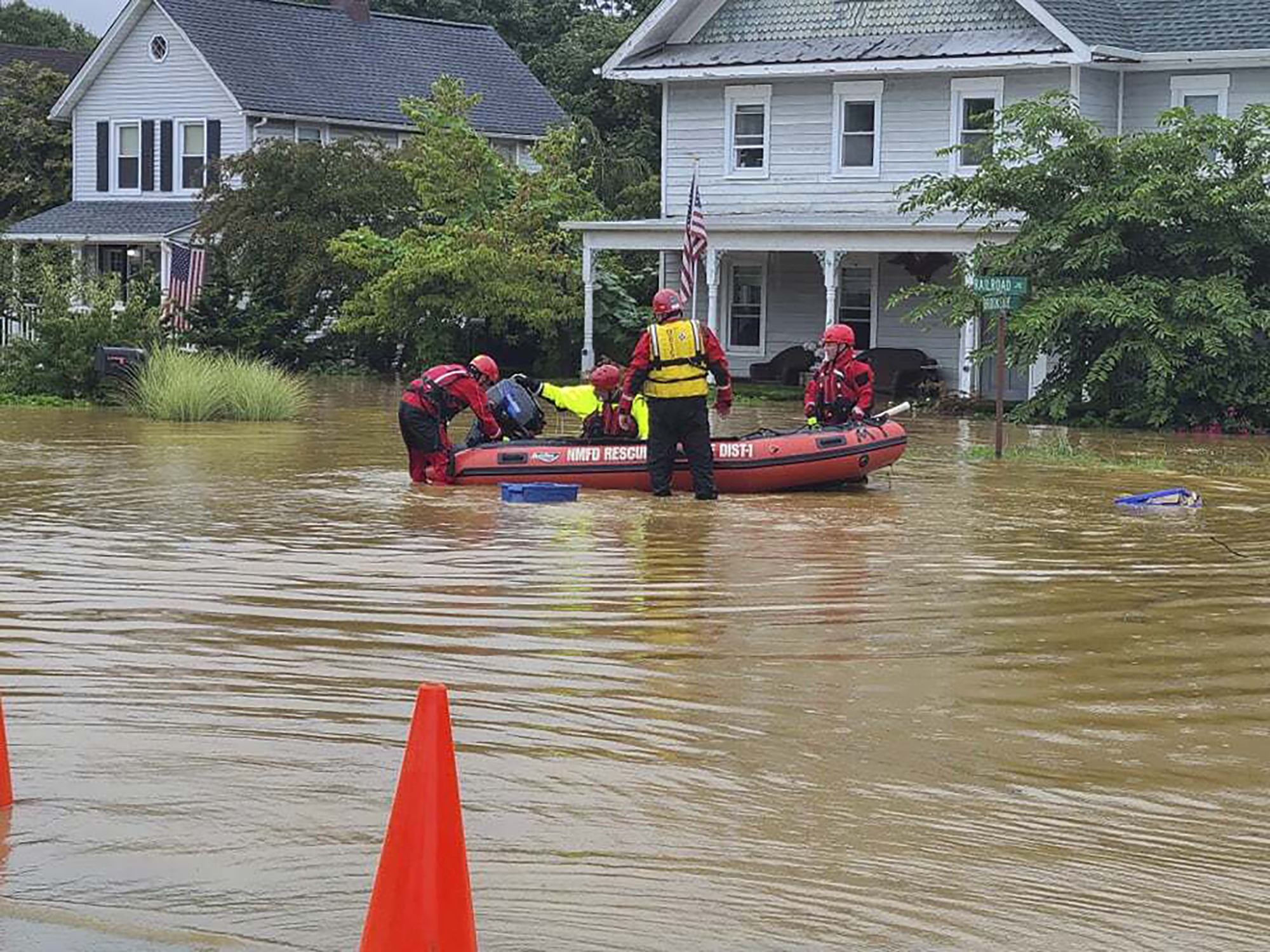 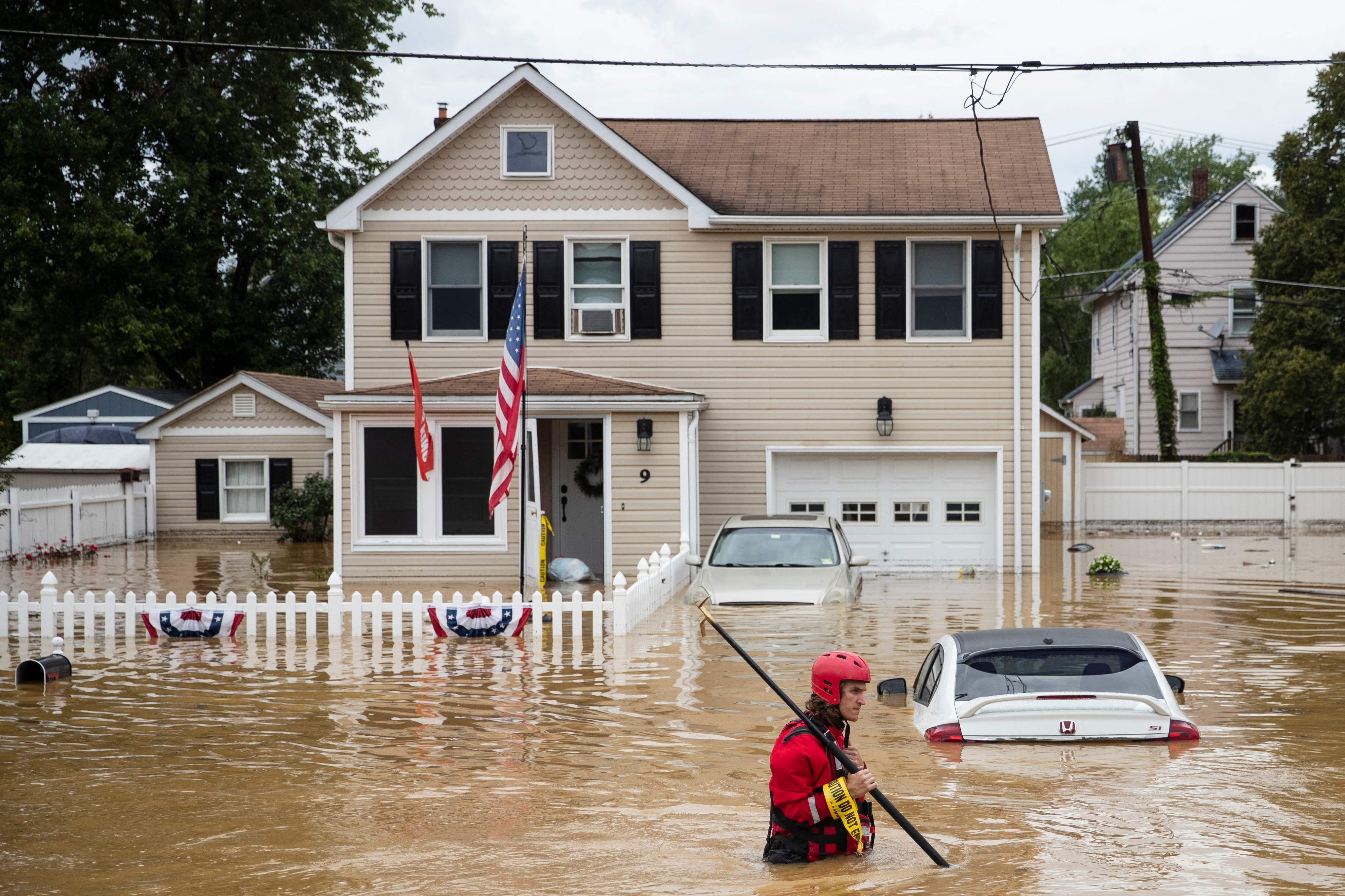 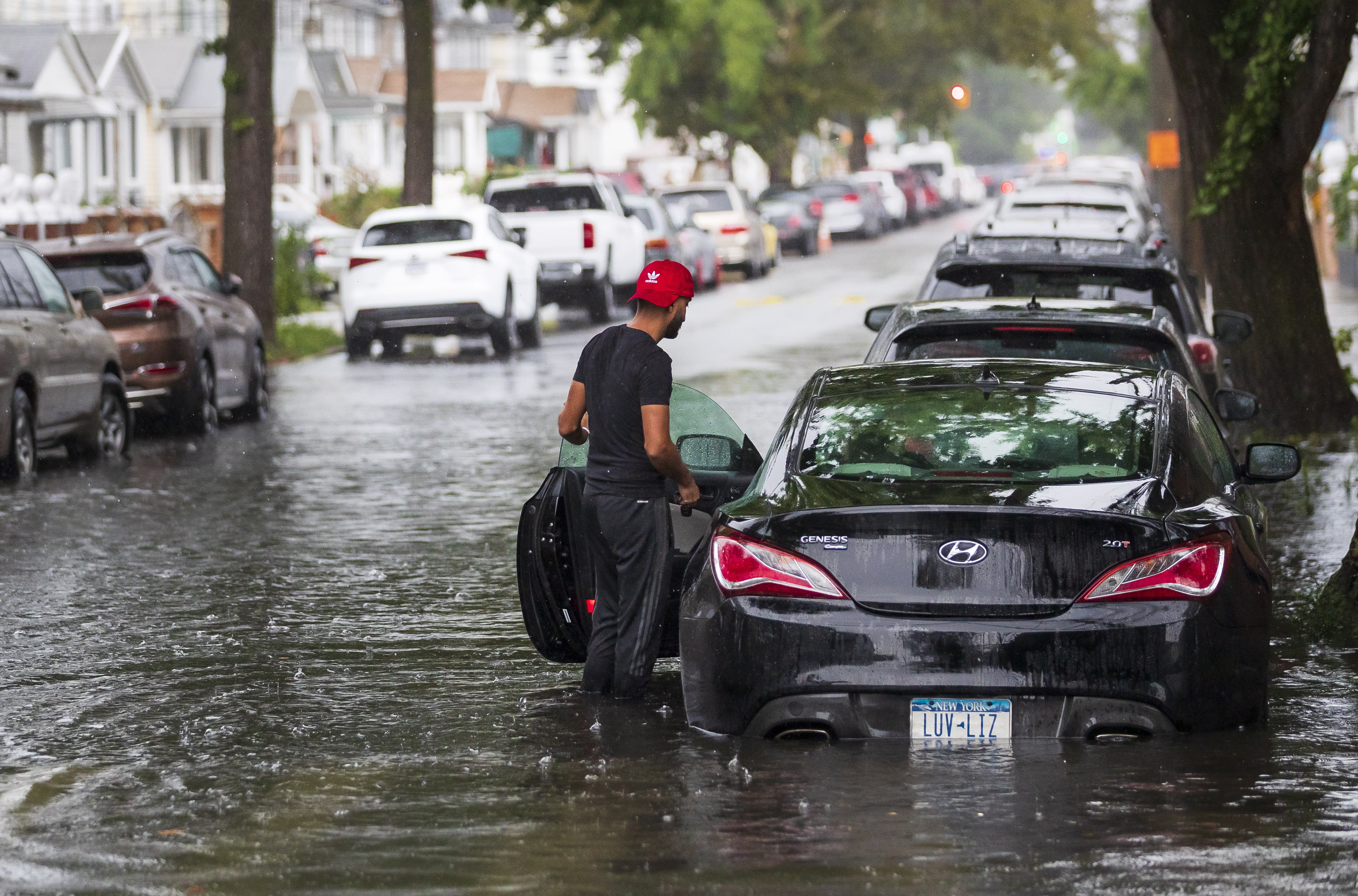 Parts of NYC were drenched in eight inches of rain in the slow-moving storm.

Brooklyn had measured eight inches by Sunday night and the rain continued through the night to Monday morning.

Central Park hit a record of almost two inches of rain in one hour on Saturday night and suffered more than seven inches in total.

The highest rainfall was recorded by Cranbury in New Jersey, which had nine inches of rain.

Nearby in Helmetta, 200 residents were forced to evacuate as floodwaters filled their homes.

"It's a lot of street flooding," New Jersey Gov. Phil Murphy said, according to USAToday.

"It's the places that overwhelmingly would not surprise folks. So we're concerned, and we'll do everything we can, working with municipalities and counties and our own team to stay out of this as best we can."

There were also 86 people rescued by police and firefighters in Newark due to "significant flooding."

Videos from NYC showed the devastating impact of the rain on Saturday and Sunday night with streets and subway stations flooded.

Tiles were pushed from the subway as water seeped through the walls and from the roof.

The MTA resumed all service on Monday after being forced to shut down service on the Montauk, Greenport, and Ronkonkoma branches of the Long Island Rail Road, on the Wassaic branch of the Harlem line, and on the entire New Haven line.

Lightening was seen hitting the top of the World Trade Center as some cars were abandoned by their owners unable to drive through the rising water.

President Joe Biden promised federal aid on Sunday after he spoke to the governors of the affected states.

"We don't know the full extent of the storm's impact today, but we're acting to prepare for and prevent damage as much as possible," he said.

"I urged them to take advantage of the assistance FEMA can offer in advance.

"I'm committed to doing everything we can to support their communities through the storm and afterward.''