NETFLIX'S hit series Stranger Things, a sci-fi epic that chronicles the adventures of a group of teens who witness supernatural forces and secret government exploits, is actually based on an alleged real-life government experiment.

Know as "The Montauk Project" among conspiracy theory buffs, it's claimed that a series of government experiments were carried out at Camp Hero and Montauk Air Force Station in Montauk, Long Island between 1971 and 1983. 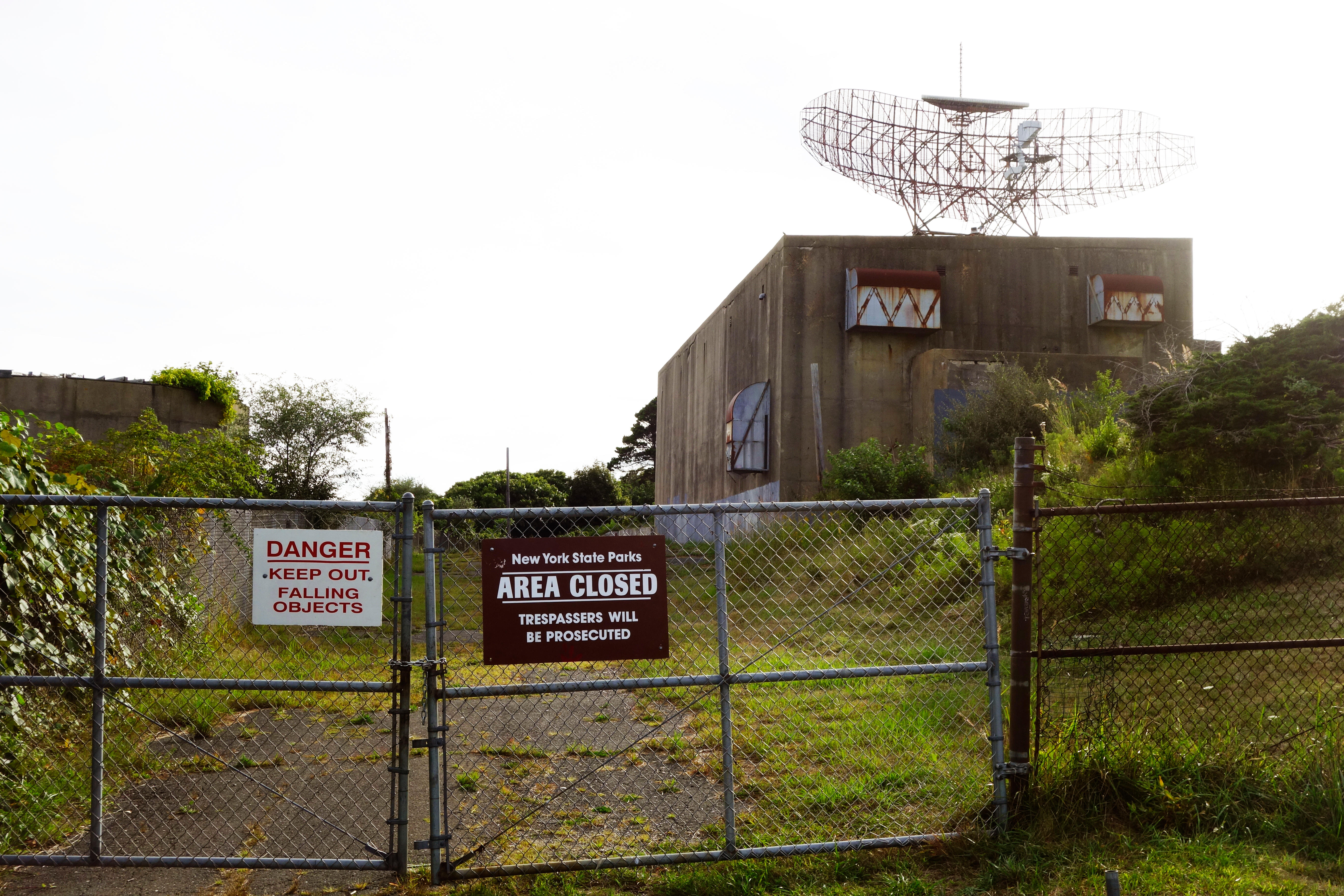 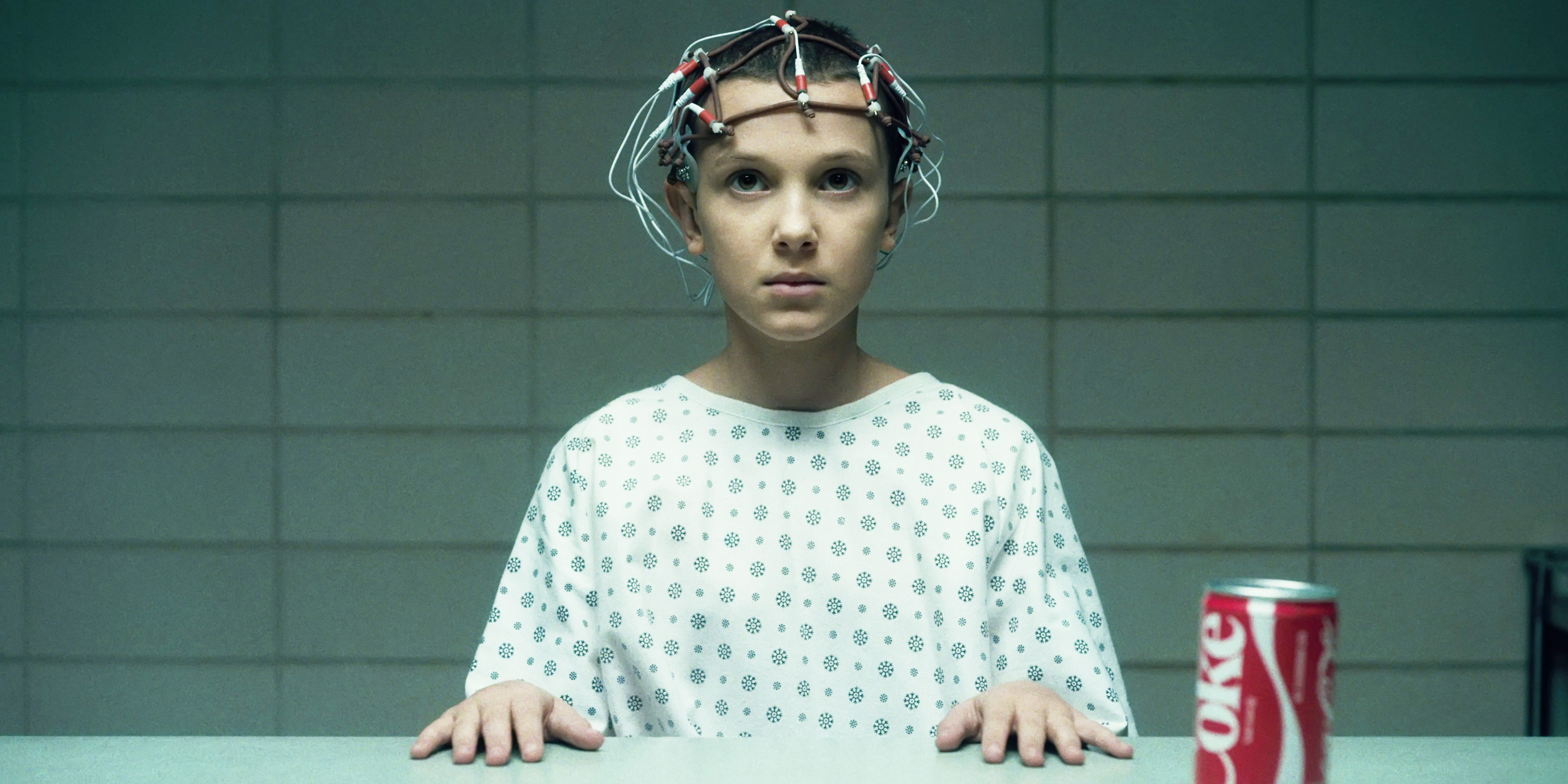 The alleged tests, rumors of which first spread in the early 1980s, were said to have focused on psychological-warfare techniques as well as mind control, time travel, and teleportation.

The subjects of the Nazi-style experiments are claimed to have been young boys, in their early teens, who had been abducted and later drugged to erase their memories of it.

Preston B. Nichols sought to legitimize the existence of the project in his 1992 book, The Montauk Project: Experiments in Time, in which he claimed to have recovered repressed memories during his time as a subject in the mysterious experiment.

In the wake of the book's release, numerous others came forward to corroborate Nichols' rather outlandish claims.

The rumors surrounding the Montauk Project were born out of an earlier supposed US Government experiment known as the "Philadelphia Experiment", which was reportedly carried out in October 1942.

During that alleged experiment, the US military is said to have conducted a series of secret tests at a naval shipping yard in Philadelphia, Pennsylvania, in an effort to foil a Nazi radar so they could transport goods to allies in Europe undetected.

The US military has never confirmed the existence of the experiment, but according to conspiracy theory folklore, not only were they able to knock out the Nazi radar they also accidentally caused a battleship to travel either into a different dimension or through time.

A movie bearing the project's name was later made in 1984, telling the story of two sailors aboard the USS Eldridge during World War II who are transported 40 years into the future.

After watching the film in 1988, a 57-year-old Al Bielek experienced a severe case of Deja Vu, believing as though he'd experienced something similar himself before.

After undergoing a series of holistic therapies, Bielek claimed he was able to uncover repressed memories about working on the Montauk Project in the 70s and 80s.

He claimed that the memories have been forcibly locked away in his head to ensure the experiment was kept secret.

But as the memories came rushing back to him, he reportedly learned that his name wasn't even Al Bielek.

Instead, he claimed to have learned his name was in fact Edward Cameron, and that he'd worked on the Philadelphia experiment with his brother, Duncan Cameron.

Bielek affirmed that, sometime in the 1940s, Nikola Tesla figured out how to make the USS Eldridge invisible but, in doing so, opened up a time wormhole into the future that absorbed the ship.

Bielek claims he and his "brother" were on board. He said they jumped off the ship and landed at Montauk's Camp Hero in August 1983.

He said the pair were promptly sent back through to wormhole by the government to go back in time and destroy the equipment on the Eldrige.

While Bielek claimed he and his brother completed their mission, the government reportedly continued doing more experiments on building portals into the future.

Bielek's tales eventually caught the attention of Preston Nichols, who included them in his 1992 book along with his own story.

In the book, Nichols writes how he and Bielek worked together on something called "The Montauk Chair", which used electromagnetics to amplify psychic powers.

A subject called Duncan was found to have psychic capabilities, Nichols claimed, and was even able to manifest objects just by thinking about them.

"The first experiment was called 'The Seeing Eye'," he wrote. 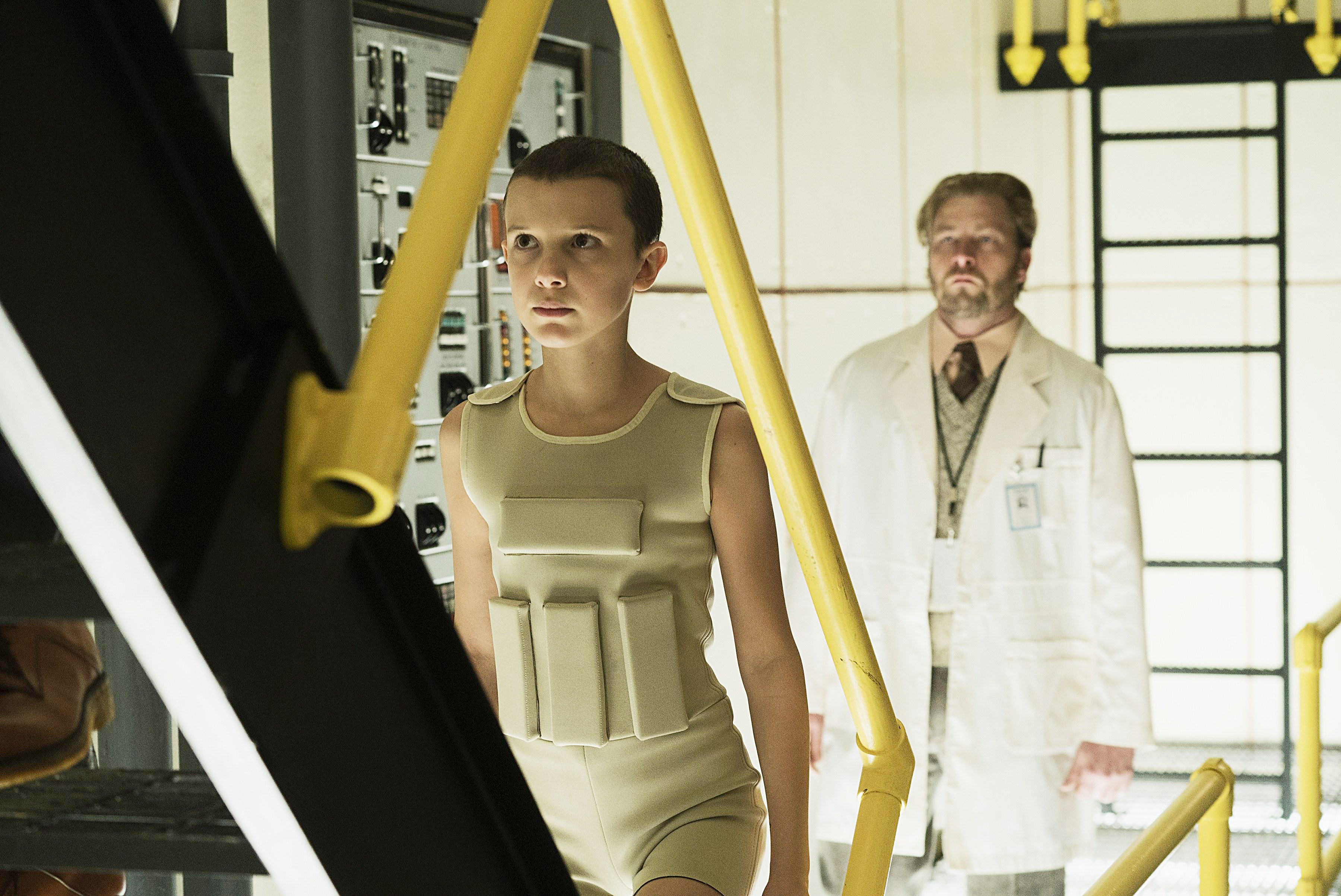 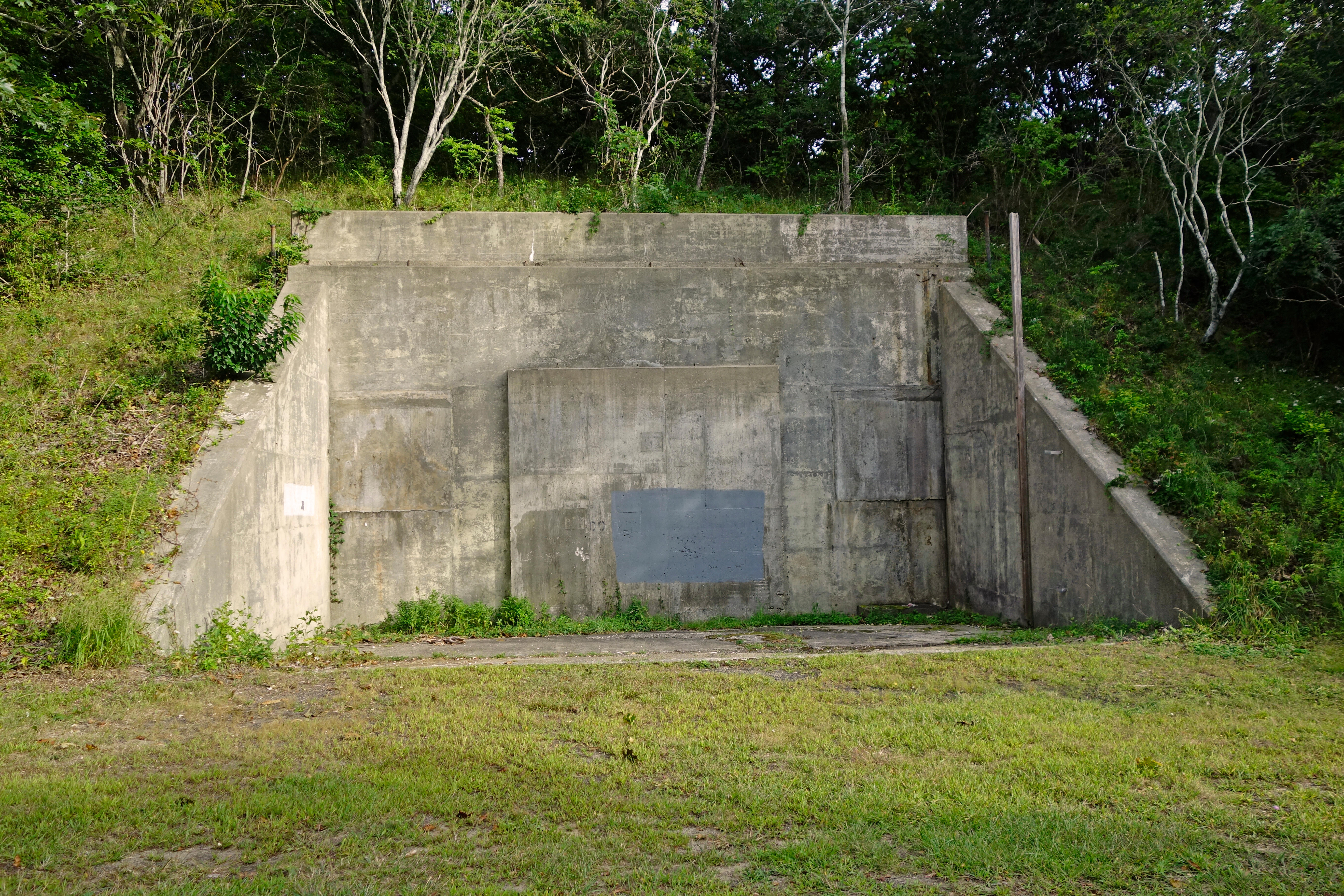 The experiment bears a strong resemblance to one conducted on Stranger Things character Eleven in season 1 where she opens up a portal to another dimension known as the "Upside Down."

In his book, Nichols wrote about other young boys being brought into Camp Hero to be experimented on, who he refers to as the "Montauk Boys."

One alleged Montauk Boy, who asked to remain anonymous, told The Sun how he was abducted in the Summers of 1980 and 1981 and taken to an underground lab beneath Camp Hero where he was subjected to a series of disturbing and grueling tests against his will.

Between 12 and 13 at the time, the source, now 54, who has lived in Montauk for most of his life and now works at Camp Hero, said he only recovered the memories of his abduction in 2018 under hypnosis.

"We were riding around Montauk on bikes, we had a little BMX gang," he said. "This kid I'd seen around before, who was a bit of a loner, he talked me into riding my bike with him to the Montauk base."

When the pair arrived, they traveled through the security gates and were greeted by two men in dark suits, he said.

"The kids introduced me to these two guys, telling me they were his friends. They told me there was really cool stuff inside the base and that I should go in and check it out."

The source said he was eventually led down a path to a dark entryway. He continued down the tunnel in almost complete darkness where he claims he eventually reached a sunken home with a collapsed roof.

"I don't know how deep it went," he said, "but I remember going down to the second level and then just blacking out. I don't remember ever leaving."

Under hypnosis, the man says he was able to recover scattered memories of being in different rooms inside the underground bunker, including being naked and stapped down to a table in darkness with wires attached to his head and body.

"I don't know how many times that happened. But then I have also memories of standing actually in front of Preston Nichols.

"We were being held in a concrete room beneath the Camp's radar tower. There were around 70 other children in the room. We were all dressed in the same clothing.

"I don't remember leaving that room either," he said. "So I think that they were either drugging us or using gas on is of some type to, to make us not remember and pass out." 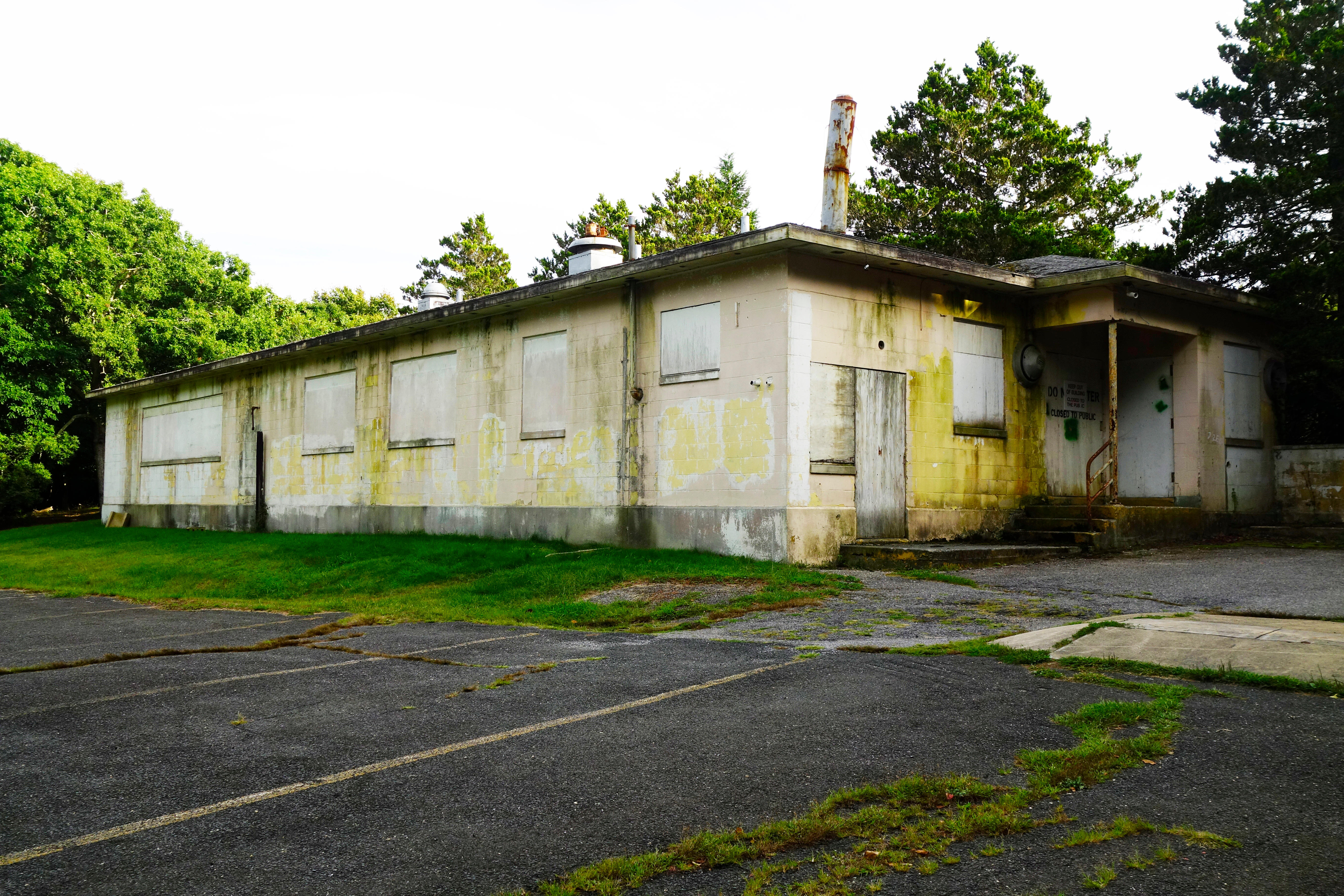 The source said that he was unsure what the point of the experiments was, but said he believed some other the children involved with the alleged project were later killed.

"They were using our energy and trying to figure out something that was going on with us," he said. "The group that I was with was all boys."

In a more disturbing anecdote, he claimed to have recalled under hypnosis that he and a group of other boys had been handed a gun inside the bunker, with a row of what appeared to be the heads of live humans in front of them, facing the other way.

"They gave us the command to you shoot them to kill these people and I remember shooting all these people in the backs of the heads but we never looked at their faces.

"I think the point of that test was to see if we had the capabilities to actually kill a living human.

"But there was no blood anywhere. I realized under hypnosis that they were actually mannequins."

The man called the alleged government experiments on Long Island "evil", insisting he continues to have nightmares about the contents of his so-called rediscovered memories.

"The people who were in control of that experiment were horrible people, if you can even call them that. In fact, they were horrible creatures.

"They did a very bad thing to us out there. We were just kids. They had no right to experiment on us. It was a very evil thing.”

According to Nichols' book, after a number of years of experimenting on Duncan and other children, officials at Camp Hero developed a way that, with the Montauk Chair, they could travel to different times and places, claiming to have even ventured as far as Mars.

The project was discontinued in 1983, according to Nichols, shortly after officials developed a two-way wormhole to 1943 – the time of the Philadelphia Experiment.

After realizing the complexity of time travel, they reportedly decided to shut the operation down for good.

"We finally decided we'd had enough of the whole experiment. The contingency program was activated by someone approaching Duncan while he was in the chair and simply whispering 'The time is now'," Nichols wrote.

"At this moment, he let loose a monster from his subconscious. And the transmitter actually portrayed a hairy monster. It was big, hairy, hungry and nasty. But it didn't appear underground in the null point. It showed up somewhere on the base.

"It would eat anything it could find. And it smashed everything in sight. Several different people saw it, but almost everyone described a different beast." 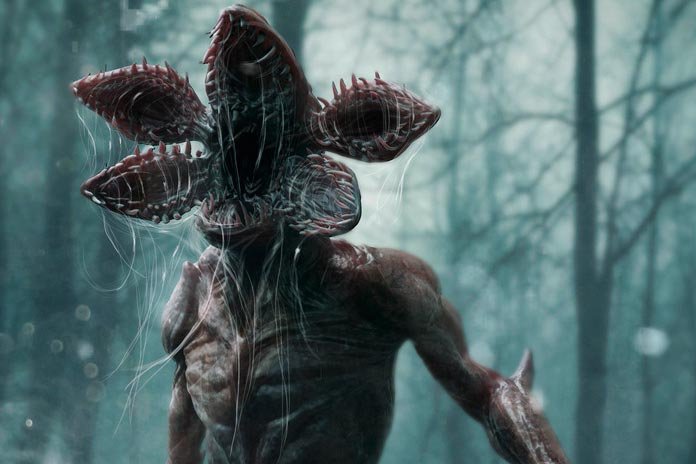 Nichols said he had to smash all of the equipment that powered the Montauk Chair before the beast vanished into oblivion.

Employees were brainwashed the following year to forget the project, and the secret underground bunker was filled in with cement, Nichols claimed.

Once home to an Army base during World War II and an Air Force station during the Cold War, Camp Hero was decommissioned in 1981 and is now owned by the state parks system.

The Sun's source claims he retraced the steps of his younger self, and evidence of the secret base's existence can still be seen today if you search hard enough.

The show, which is due to enter its fourth season early next year, also echoes another real project known as Project MK-ULTRA, the CIA's covert, illegal "mind control" program from the Cold War.

That project was launched after the CIA became convinced that communists had discovered a drug or technique that would allow them to control human minds.

In response, the CIA began its own secret program seeking to weaponize mind control against its enemies.

MK-ULTRA, which operated from the 1950s until the early 1960s, was created and run by a chemist named Sidney Gottlieb.

Journalist Stephen Kinzer, who spent several years investigating the program, called the operation the "most sustained search in history for techniques of mind control" in an interview with NPR.

"We don't know how many people died, but a number did, and many lives were permanently destroyed," he said. 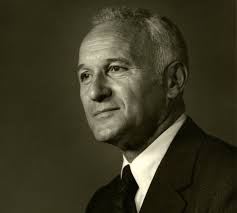 At the beginning of the experiment, Gottlieb arranged for the CIA to pay $240,000 to buy the world's entire supply of LSD.

He brought the psychedelic to the US and began spreading it around to hospitals, clinics, prisons and other institutions, asking them, through phony foundations, to carry out research projects and find out what it was and how it might be able to be used as a tool for mind control.

Famous participants of the scheme include the author of One Flew Over the Cuckoo's Nest, Ken Kesey, mobster Whitey Bulger, and Robert Hunter, the lyricist of The Grateful Dead.

The project serves essentially as a continuation of the experiments that began in Japanese and Nazi concentration camps.

The CIA actually even hired the vivisectionists and torturers who had worked in such concentration camps to come and explain what they had found out so the US could build on their work, Kinzer said.

The dangerous nature of this research eventually led to the project's shutdown in 1965, and many of the documents relevant to the project were destroyed.