This isn’t glamping, it’s tramping! Stunned students find ‘magical’ AirBnB camp is littered with half-empty bottles and uneaten food and their tent is surrounded by loose dogs and travellers caravans

A group of university students going on a ‘magical’ glamping break were horrified to find their tents dirty and the campsite littered with empty bottles of drink and half-eaten food.

Rachael Colet, 22, had planned the trip with friends from Bath University as the opportunity for a get-together at a countryside retreat.

But upon seeing the state of the ‘romantic’ and ‘unique’ accommodation, Rachael was so ‘uneasy’ about the Airbnb-listed tent that she refused to stay.

She and nine other business students and trainee lawyers had been looking for a short break and had searched the popular holiday website for ideas. 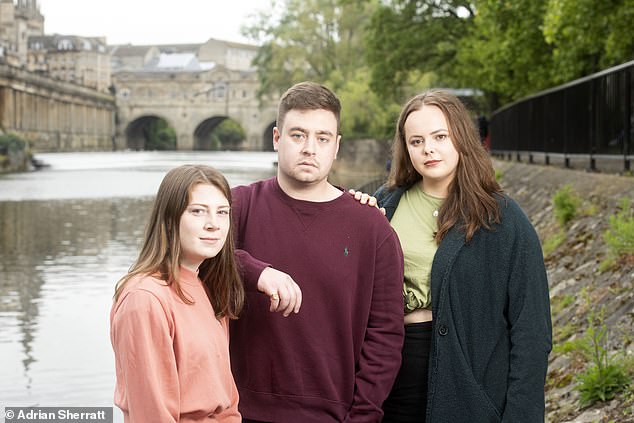 One listing was for a bell tent in a ‘secluded meadow’ in Goose Green, West Sussex which caught their eye.

Host Joanna Murray described the listing as a ‘magical’ spot where you could ‘wake up to the sounds of wildlife’.

Photos on the site had it ‘decorated beautifully with lots of fairy lights, real sheepskin rugs, reindeer rugs and a coconut coir floor’. 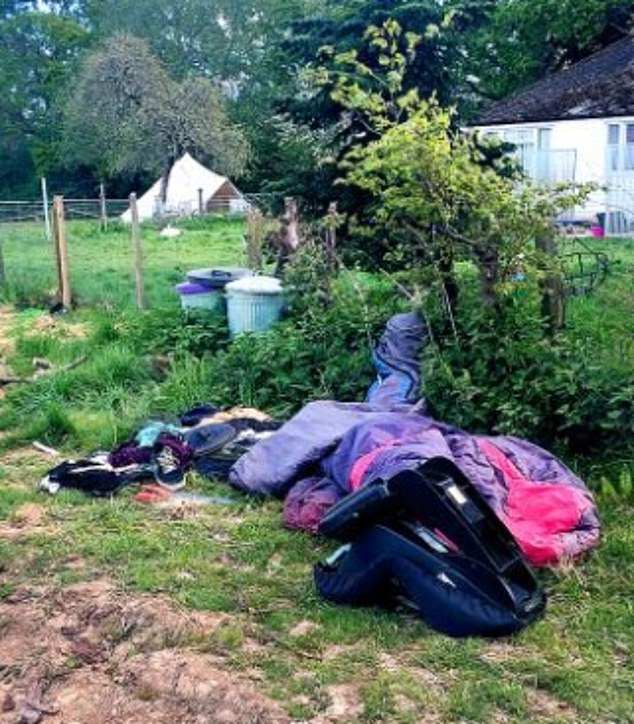 Nearby to the tent (seen in the background) were piles of rubbish that included a child’s car seat and sleeping bags. There are travellers’ caravans with caged dogs in a neighbouring field

But when the group arrived for their one-night stay, it was anything but.

Pictures taken by the group show the pile of rubbish left near to the tents (there were two instead of one), which sit in an overgrown field. 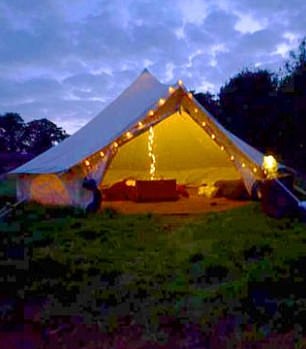 ‘My friends aren’t picky, but we felt really uneasy as it seemed like quite an unsafe place,’ Rachael Colet, 22, from High Wycombe, told the Sunday Times.

‘The tents were clearly on a traveller site. There were caravans surrounding us and dogs on the loose, so we felt very unsafe.’

However reviews still available on Airbnb offer dozens of positive reviews for the listing, claiming the tents were ‘very clean’ and ‘beautiful’.

Another person who stayed last month wrote: ‘Really sweet space, ideal for private group camping! There’s a fireplace and a bbq and plenty of seating around the fire.’

When host Murray arrived, Rachael said they would not be staying and asked for a refund of the £277 cost.

While Murray agreed to it in person, Airbnb later refused to give her the money, citing guidelines that require complainants to email within 24 hours of checking in.

Rachael, who complained at 3pm the next day, was offered £112 by Airbnb two weeks later. 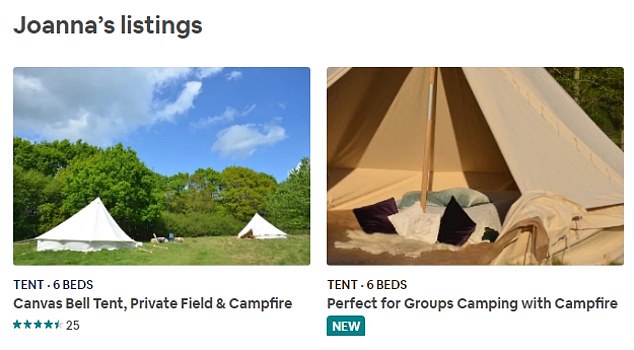 The listing for the bell tents have now been split into two separate options on Airbnb, with the original listing still holding a four-and-a-half star rating with several different positive reviews

The Sunday Times later contacted Airbnb, would at that point decided to provide a full refund, as well as a £150 voucher in goodwill.

The listing has since been changed into two separate tents, instead of the claimed one, and says that ‘dogs are welcome’.

Airbnb said: ‘We were disappointed to hear about this experience and are reaching out to the guest to provide support.’