Summer roars back with temperatures due to soar towards 80F

Britain is set for a September sizzle with temperatures hitting 79F (26C) thanks to an incoming tropical storm.

Following the UK’s seventh wettest summer on record, the country is about to warm up courtesy of the arrival of a spell of early autumn sunshine thanks to the remnants of Tropical Storm Gabrielle.

The storm originated in the warm South Atlantic and, travelling at only nine mph, it arced west of the Azores and turned towards the North Atlantic – rather than the Caribbean.

Gabrielle is now reduced to a heavy band of rain, which will cross Scotland tonight and into tomorrow morning. But in its wake, it will bring high pressure, leading to warm and settled conditions across the country.

Meanwhile, bite prevention experts revealed that the unexpected shift to tropical humid weather could lead to an invasion of potentially millions of ‘aggressive’ mosquitoes, bees, wasps and midges. 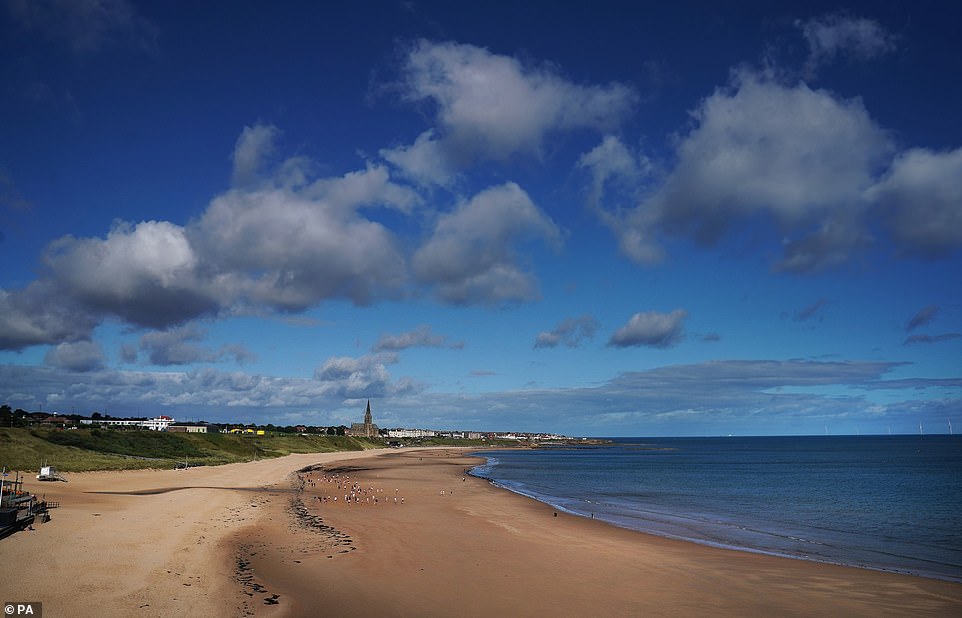 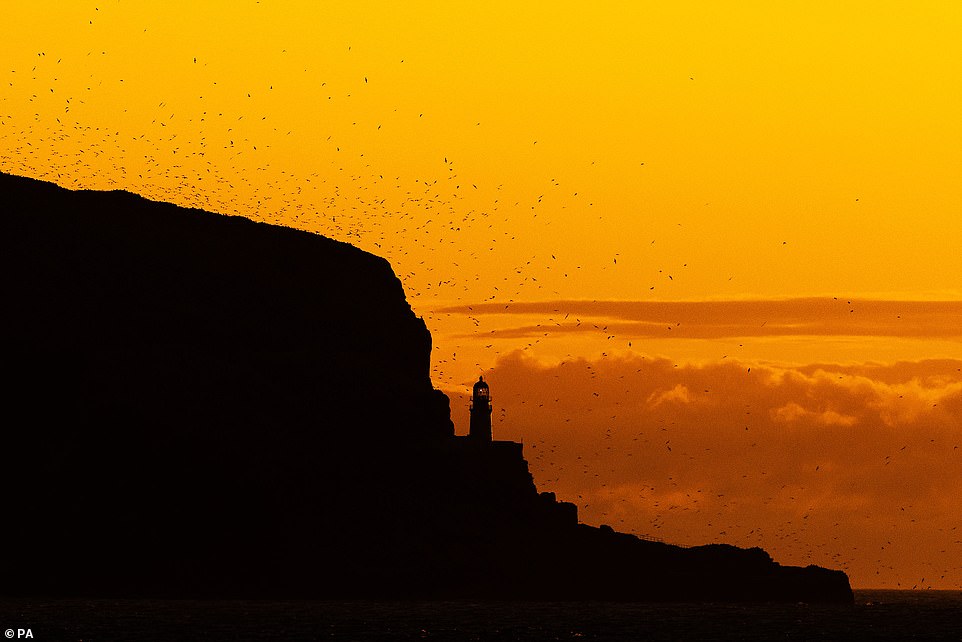 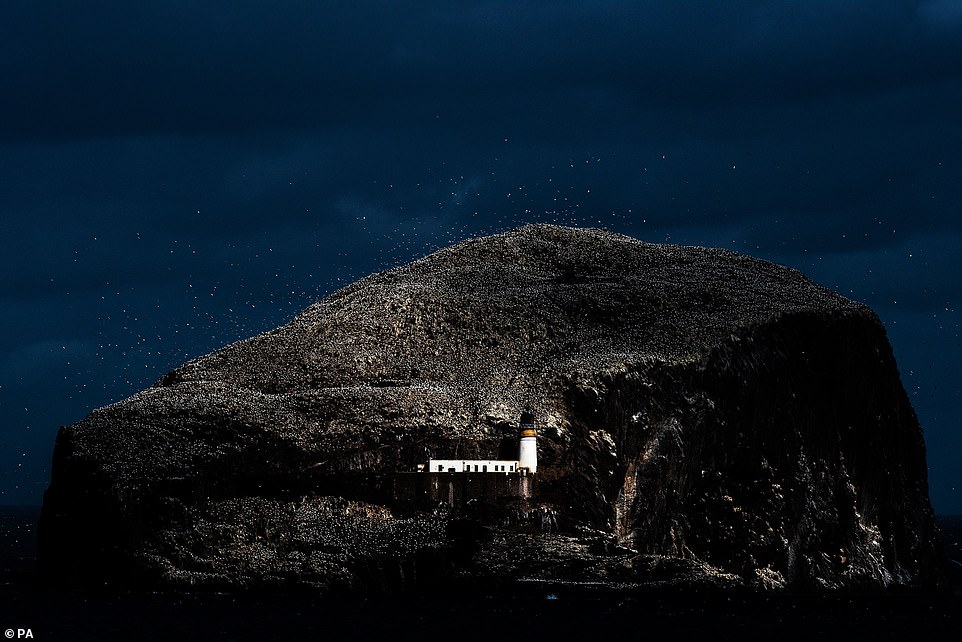 Northern gannets viewed from Tantallon Castle this morning on Bass Rock, which has the largest colony in the world 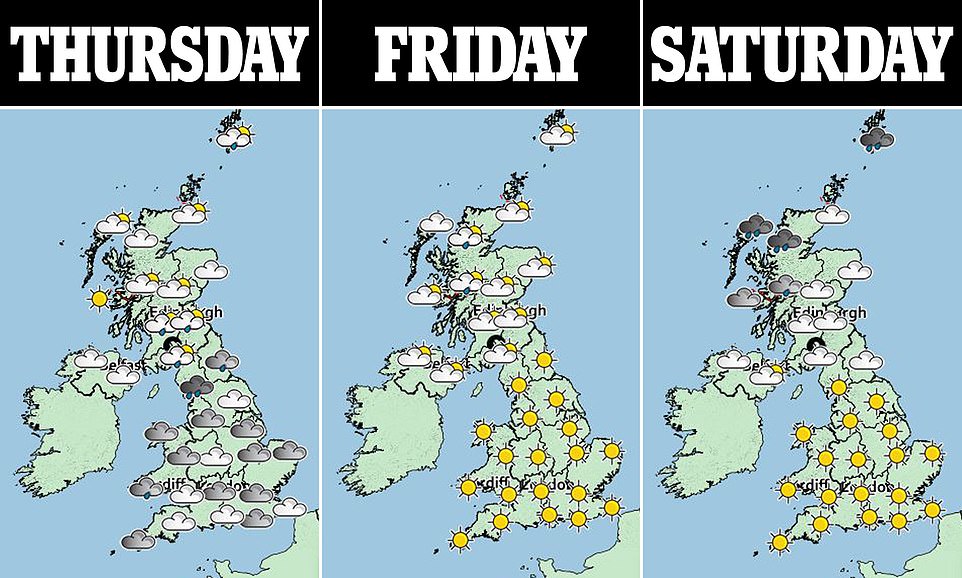 Met Office forecaster Oli Claydon said: ‘We are not really into ‘Indian Summer’ territory just yet. That is a description more appropriate for October.

‘But high pressure will build after ex-Tropical Storm Gabrielle moves through on Thursday. Gabrielle is now so degraded, it is just a bit of rain now. The highest temperatures will be in the South East.

‘But many parts of Scotland are in line for a spell of fairly decent weather, especially the east coast. By Friday, things could get a bit blustery the further north you go, but Saturday is looking like a really decent day.’

The top UK temperature yesterday was 71.4F (21.9C) at London Heathrow Airport while the low was 32.5F (0.3C) at Katesbridge in County Down, Northern Ireland.

On the mosquitos, bite prevention expert Howard Carter said: ‘This unexpected change in weather conditions could lead to potentially millions of aggressive, biting insects, including mosquitoes, bees, wasps and midges.’ 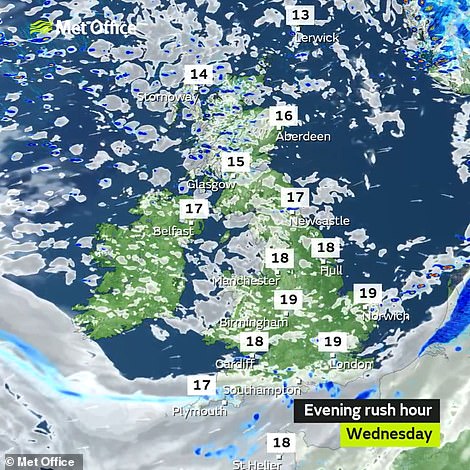 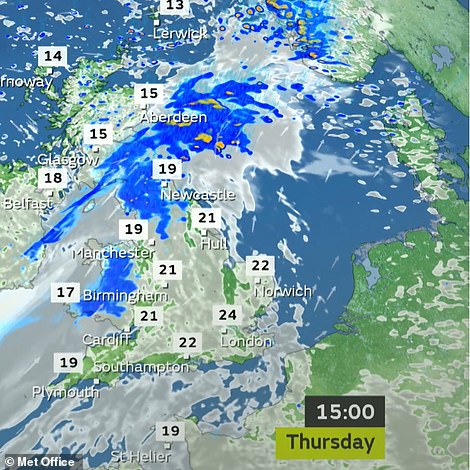 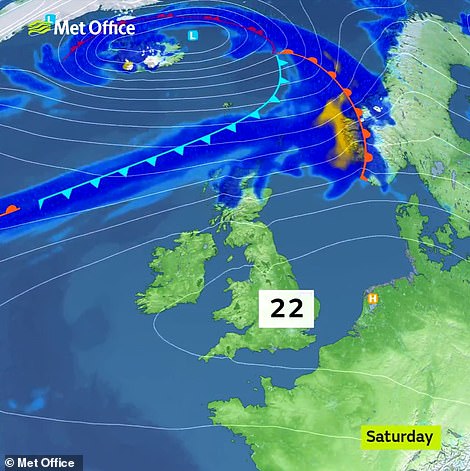 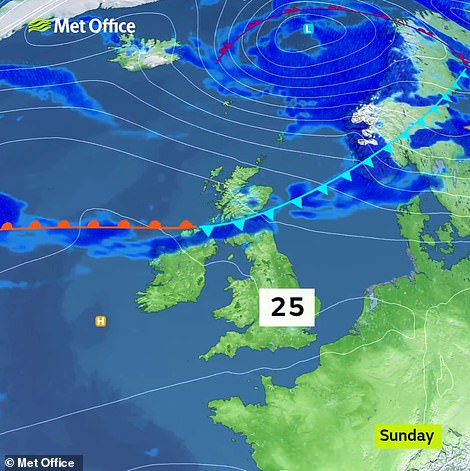 Speaking to The Sun Online, he added: ‘Don’t pack away your insect repellent and sun cream just yet as insects will be biting and stinging us well into October, if not November as well.

‘That’s not something we’re used to doing in this country at this time of year. And it’s especially important to be protected at the weekend, as everyone is likely to be outdoors enjoying the sun.’

Over the weekend, climate prediction experts told The Sunday Times that England will be hit by one of the coldest winters in 30 years at the start of 2020.

The scientists, from University College London, analysed sea temperatures and weather systems over the north Atlantic to make a long-range winter forecast.

They said freezing Arctic air will descend early next year as the Gulf stream sidesteps Britain, leaving the country without the warmer weather it normally brings from the Atlantic and Caribbean.