A Sydney boy who survived a horror helicopter crash that killed his mother and three others on the Gold Coast is off life support and responding well to treatment, his father says.

Nicholas Tadros, 10, was critically injured when the helicopter carrying he and his mother collided with another chopper and crashed into a sandbar near Sea World on January 2. 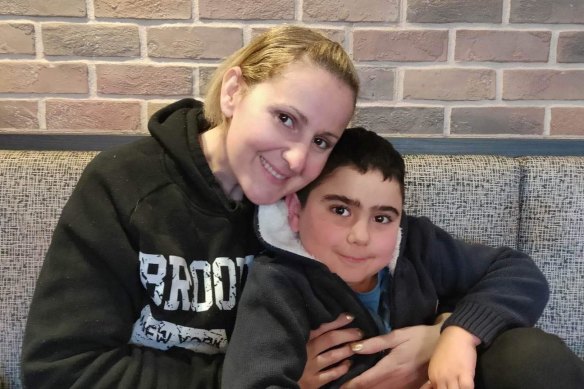 Vanessa Tadros was killed, while her 10-year-old son Nicholas’ condition has been “critical” since the crash.

In a social media update on Sunday, Nicholas’ father Simon Tadros said his son was taken off life support several days ago and his “body has responded very well”.

“[He is] still on the ventilator machine to support his breathing,” Tadros said.

“They have lowered his sedation medicine at times to see if he is responsive, and he has woken up and is able to respond to some questions with a nod or shake of the head.

“He is also able to hold my hand, but still no movement in his legs … [We] have been advised that could be due to the broken bones in both his legs.”

Tadros, of Glenmore Park near Penrith, said Nicholas faced two further surgeries next week, and had “a long hard road ahead of him”.

In an update last week, Tadros said Nicholas had undergone five operations for broken bones in his legs and hand, and had survived “a scare finding jet fuel had gotten in his lungs”.

Victorian boy Leon de Silva, 9, and his mother Winnie, 33, were also in the ascending helicopter and were injured.

The other helicopter had five passengers on board. They suffered minor injuries.

Sea World Helicopters – a separate company from the theme park – said in a statement shortly after the incident that staff were devastated and were co-operating with investigators.

“Our hearts go out to all those involved over this very sad time,” the statement said.

The Air Transport Safety Bureau is probing the crash and expects to complete its investigation in 2024.