Sylvester Stallone and wife Jennifer Flavin have halted their divorce proceedings and decided to reconcile.

According to court records obtained by the Palm Beach (Florida) Post, part of the USA TODAY Network, an order for abatement was filed in the Palm Beach County Circuit Court on Sept. 23, a little more than a month after Flavin initiated divorce proceedings. At that time, she called the couple’s 25-year marriage “irretrievably broken.”

“The Parties agree that it is in the best interests of each of them individually, and more importantly collectively as a family, to resolve all issues attendant to the dissolution of their marriage in a dignified, amicable and private manner out-of-court,” the court filing said.

Circuit Judge Darren Shull agreed to halt the divorce proceedings, with either party having the option to reactivate them if they are unable to resolve their issues.

USA TODAY has reached out to Stallone’s representatives for further comment.

On Thursday, Stallone and Flavine were spotted walking arm-in-arm in New York City, according to photos published by People and Entertainment Tonight. The now-reconciled couple’s public outing comes about a month after Flavin filed for divorce and about two weeks after they announced they were calling off the split.

According to People, Stallone and Flavin were both wearing their wedding rings. In a photo from Entertainment Tonight, Flavin is pictured planting a kiss on Stallone’s cheek.

In a statement to USA TODAY in August via Stallone’s representative Michelle Bega, the “Rocky” actor said, “I love my family. We are amicably and privately addressing these personal issues.”

In her initial petition to dissolve the marriage, Flavin accused Stallone of intentionally wasting marital assets, which the actor denied.

The document indicated Flavin had requested that she “be compensated and made whole by receiving an unequal distribution of the marital assets in her favor.” Flavin also sought exclusive use of the Palm Beach estate – which the couple bought in December 2020 – during the pending divorce proceedings, records show.

‘I still kind of struggle with it’: Anna Faris talks love after divorces from Chris Pratt, Ben Indra 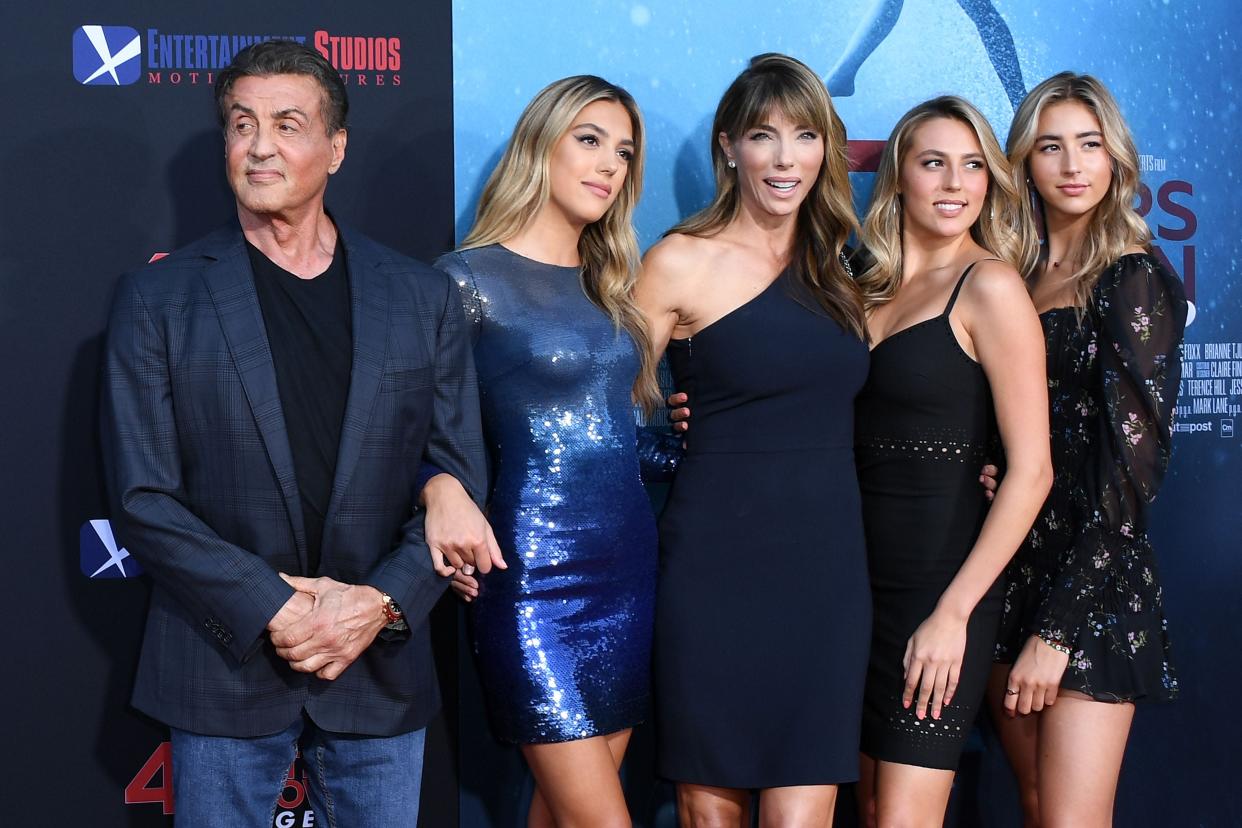 In May, Stallone and Flavin celebrated their 25th anniversary.

“Happy 25th anniversary to my amazing wife,” the “Creed” actor wrote. “There is not enough words to describe what this incredibly selfless dedicated , patient, woman has meant to our lives and I only wish they could be another 25! Thank you sweetheart!”

Flavin also celebrated the milestone, but her post was later deleted. “Happy 25th wedding anniversary to us! Thank you for always keeping me laughing, loving and protecting our beautiful family!” the former model wrote at the time, according to People.

She added: “Our marriage keeps getting better every year! I can’t wait to spend the rest of our lives together!”