Taiwan has released new procedures for carrying out capital punishment – including preventing the condemned from seeing their executioner – but rights activists said today the move merely whitewashes a barbaric practice.

The island has carried out 35 executions since a moratorium on capital punishment was lifted in 2010 – with the last being in April of a 53-year-old man convicted of killing his parents.

In Taiwan, the death penalty is carried out by gunshot. Media reports say the condemned are first given a powerful sedative before being laid face-down and shot in the heart through the back. 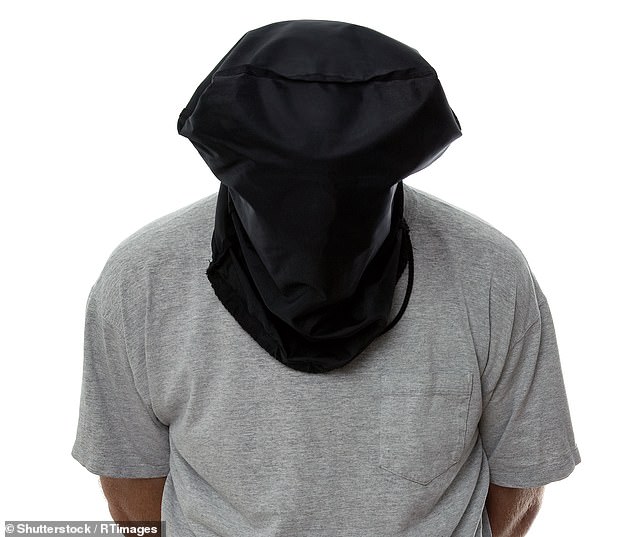 Taiwan will allow those condemned today the ‘humane’ benefit of being hooded so they don’t have to see their executioner, human rights campaigners said today. Pictured: Stock image

‘The death penalty is a brutal and inhumane method of punishment… it’s absurd to discuss how to enforce it in more humane ways,’ said Chiu E-ling, director of Amnesty International Taiwan.

Under measures passed by the cabinet this week, the condemned must now be hooded during the process.

They will also be allowed to hold final religious rituals as well as leave a farewell voice or video message for their families.

Executions are currently carried out without notice once all appeals have been exhausted. 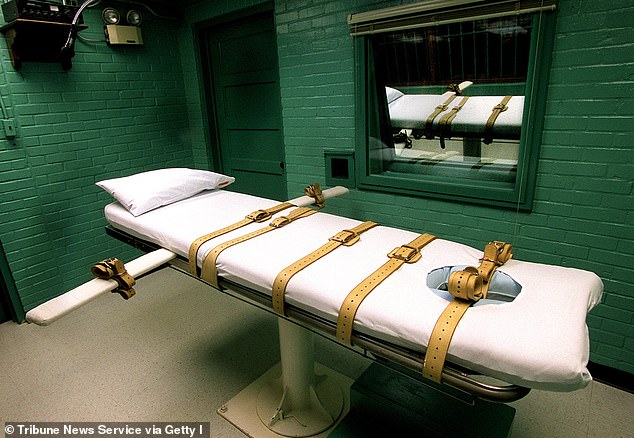 A May 2000 file image of the Death Chamber at the Walls in Huntsville, Texas. Media reports say in Taiwan condemned are first given a powerful sedative before being laid face-down and shot in the heart through the back

‘There is no humane way to carry out the death penalty. It shouldn’t be carried out anymore,’ she said.

Taiwan is one of Asia’s most progressive democracies but has drawn criticism from the international community for enforcing the death sentence.

The island is divided on the issue, with the majority of public supporting it, but rights groups and some political elites calling for it to end.

Taiwan resumed capital punishment in 2010 after a five-year hiatus and there are currently 39 prisoners on death row.