A TEENAGER has defied all odds by surviving a horrific forklift accident after agreeing to have the lower half of his body amputated.

Loren Schauers was driving a forklift across a bridge when he veered off, plummeted 50ft and was pinned to the ground beneath the four tonne vehicle. 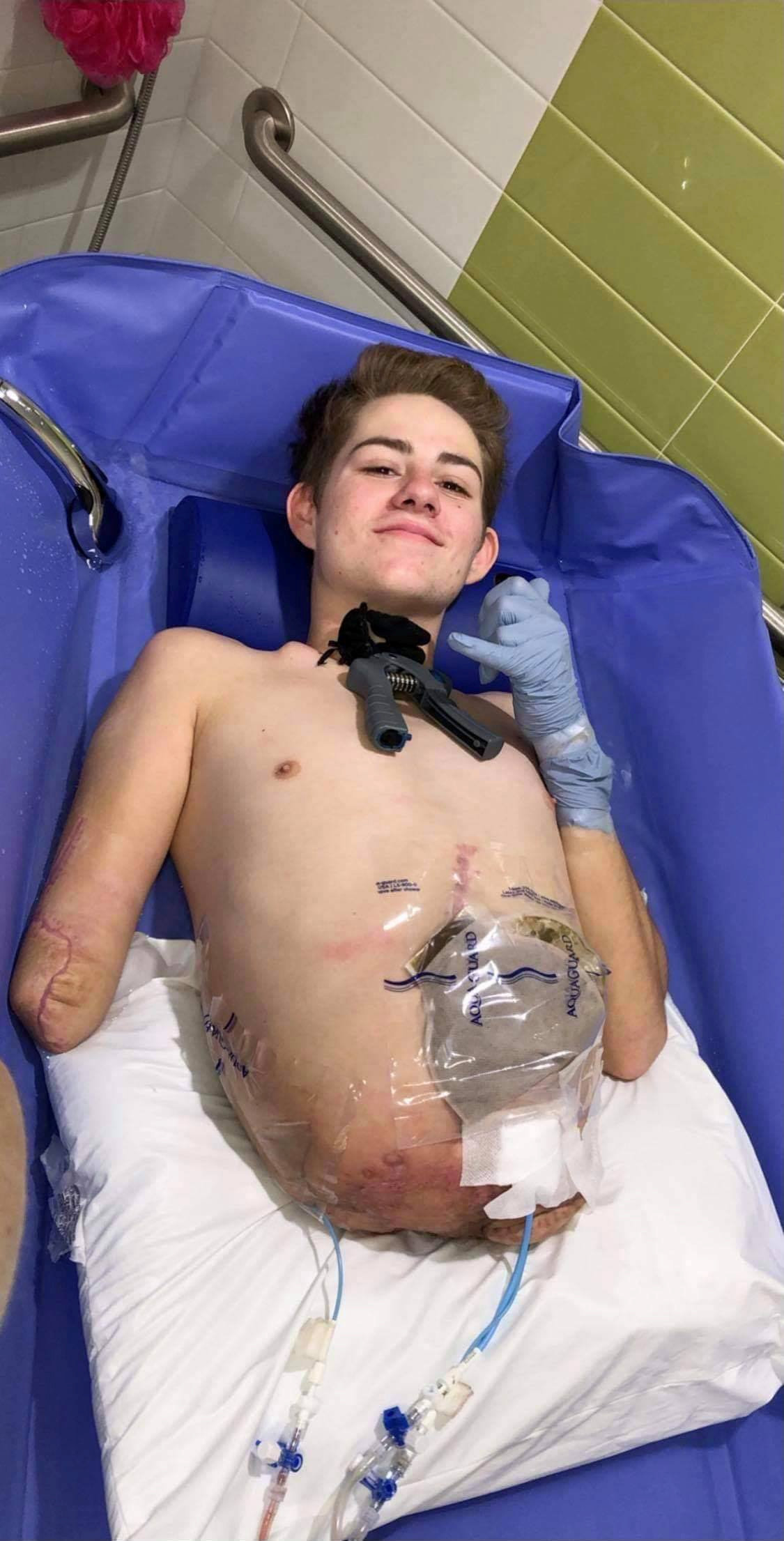 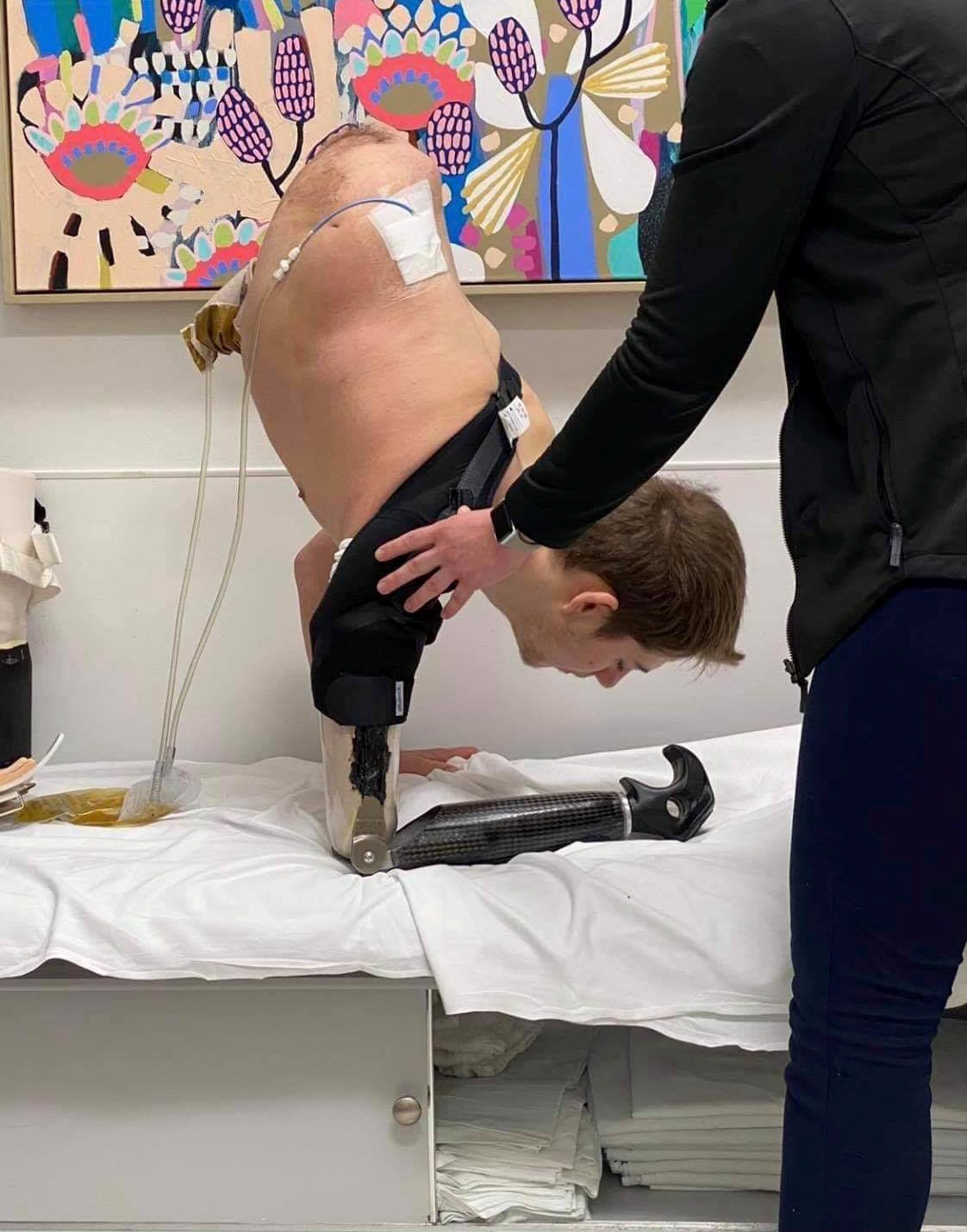 The 19-year-old recalled being conscious the entire time as he looked down to see his right arm had exploded and everything below his hips was completely squashed.

The young labourer made the brave decision to let medics perform hemicorporectomy surgery — where everything below his waist was amputated — to save his life.

Doctors told his devastated girlfriend Sabia Reiche, now 21, he would not survive, and she said goodbye to him six times, fearing he wouldn't live another day.

But miraculously he pulled through.

The pair had only been together for 18 months when the accident happened but said the turmoil brought them closer together, and they got engaged this year.

Loren, from Great Falls, Montana, said: "It wasn't a hard choice to have half of my body amputated— it was basically a choice of living or dying.

"With Sabia assuring to stay by my side no matter what and all my immediate family being around me, it really wasn't a hard choice for me!"

Loren was working as a labourer on a construction site during a bridge repair job in September 2019.

He was driving a forklift over a highway bridge outside of Wilsal, Montana, when cars started illegally passing him through the traffic lights.

Suddenly, the single lane narrowed and as one car passed him, Loren veered too close to the bridge edge, causing the ground to crumble beneath him.

The teen then attempted to jump from the falling forklift but his leg got trapped by the seat belt, swinging

Every medical professional I come across is pretty amazed by everything

Loren said: "As the edge of the bridge collapsed and the forklift started to tip up, I unbuckled my seatbelt and went to jump out.

"The seatbelt ended up wrapping around my leg as I jumped out so I actually swung out instead and broke one of my ribs off the floorboard of the forklift.

"I tried staying on top of the forklift as much as I could as it rolled and then I was thrown from the forklift at the end of the hill once it finally landed.

“My eyes were wide open and I saw the forklift come down and land on my hips and my right forearm."

Sabia added: "We later found out that because the ground was so soft as Loren's team had just been moving it, that's how he ended up surviving.”

An air ambulance landed on the bridge and pulled Loren up the hill on a stretcher before flying to a hospital in Bozeman, Montana.

Loren had completely lost his right forearm and hand in the accident and broken his right collarbone and shoulder.

He also suffered a pulmonary embolism — a blockage in his lung artery — and needed a breathing tube.

His lower body had been crushed in the accident and Loren made the brave decision to have hemicorporectomy surgery where everything below his waist was amputated.

He said: "Every medical professional I come across is pretty amazed by everything, especially with the story that comes along with my injuries.

"It wasn't a hard choice to have half of my body amputated — it was basically a choice of living or dying." 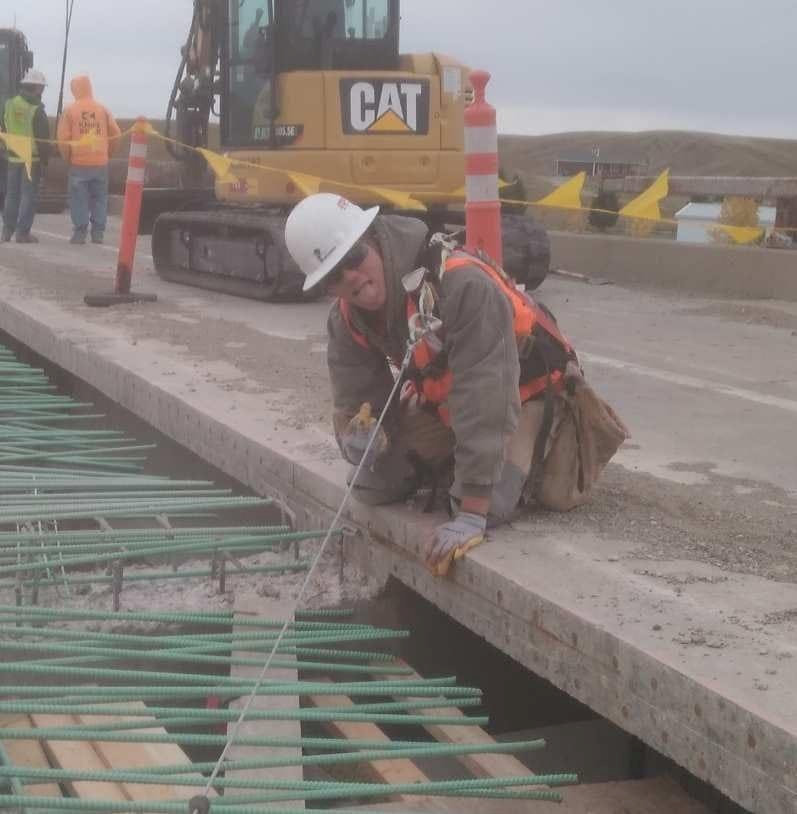 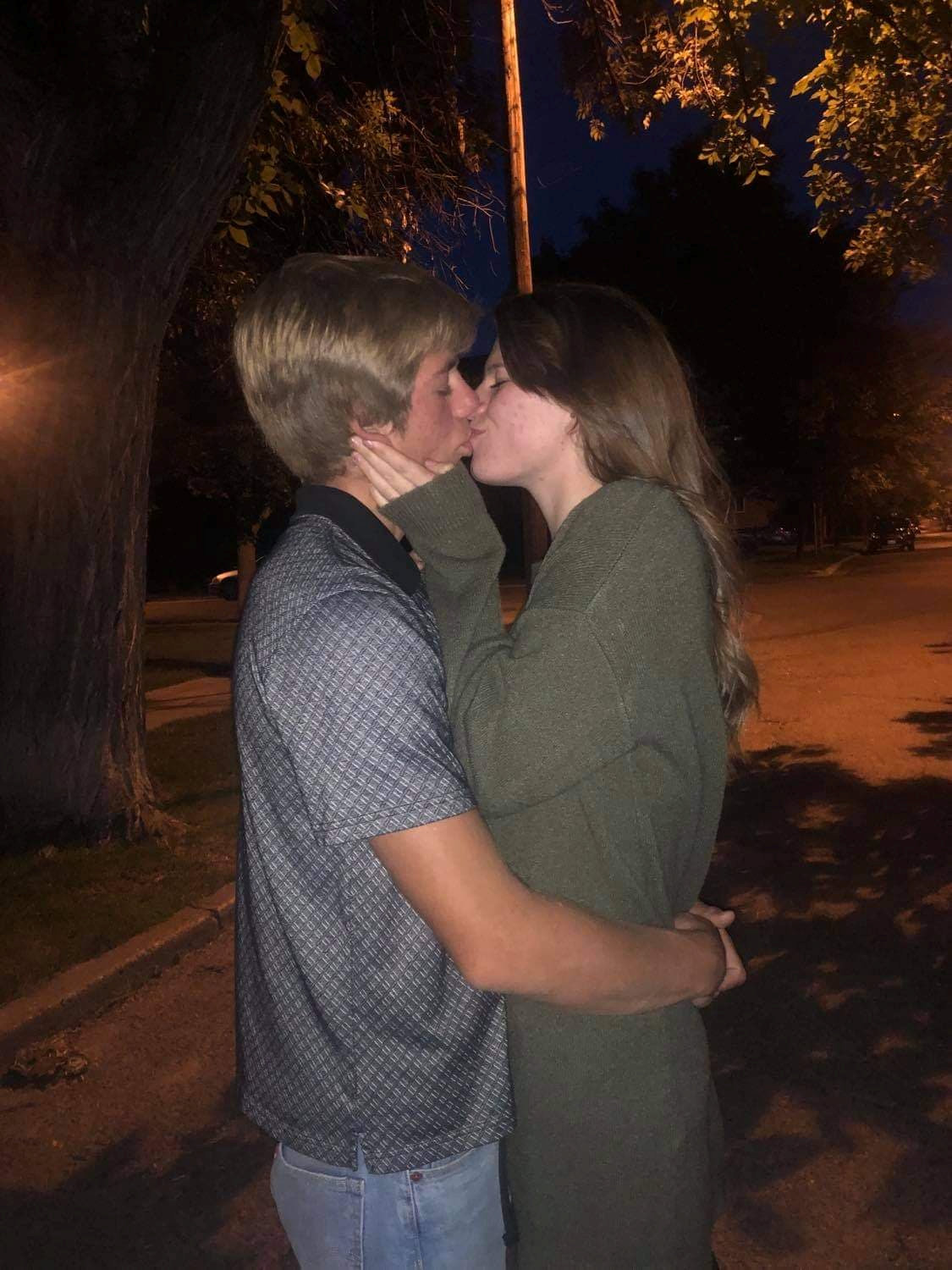 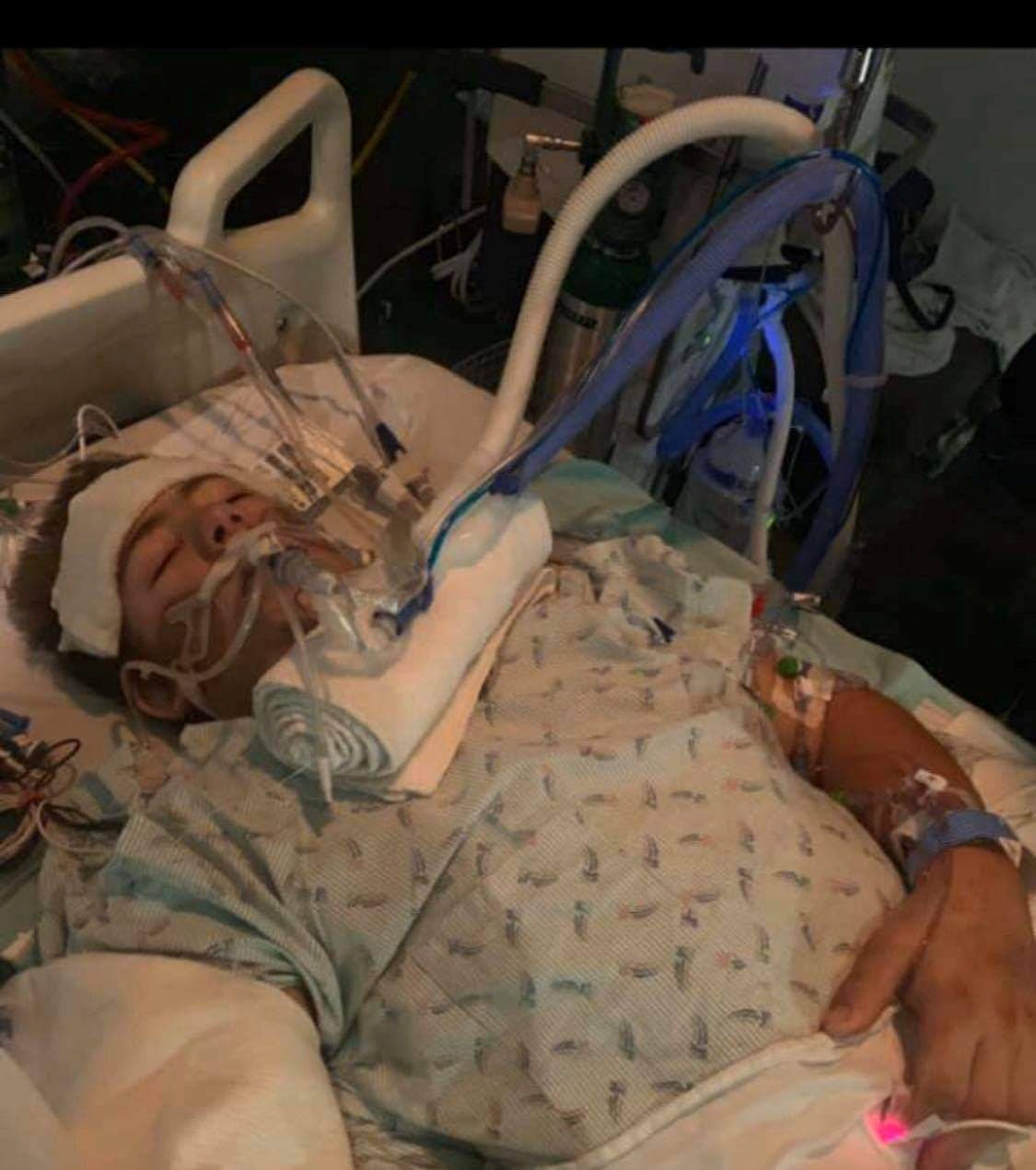 They tied off his main veins down below and took scans to see what state it was in there but realised his pelvis had completely crumbled.

But Loren said: "Once they had also seen the state of my pelvis, that's where it was then deemed that I'd need a hemicorporectomy surgery.”

Sabia said: "The night before his surgery, he wrote 'I love you' on a piece of paper as it could have been our last night together. I still have that piece of paper today.

"There were plenty of times that the doctors told us that he was probably going to die, so we had these really long 'I love you' and everything like that conversations.

"The doctors would say he was going to die, we'd have a goodbye conversation and then he wouldn't die.”

Before long his health started to improve at an incredible speed.

He stayed in hospital for three months, before four weeks’ rehab, and then he was home. 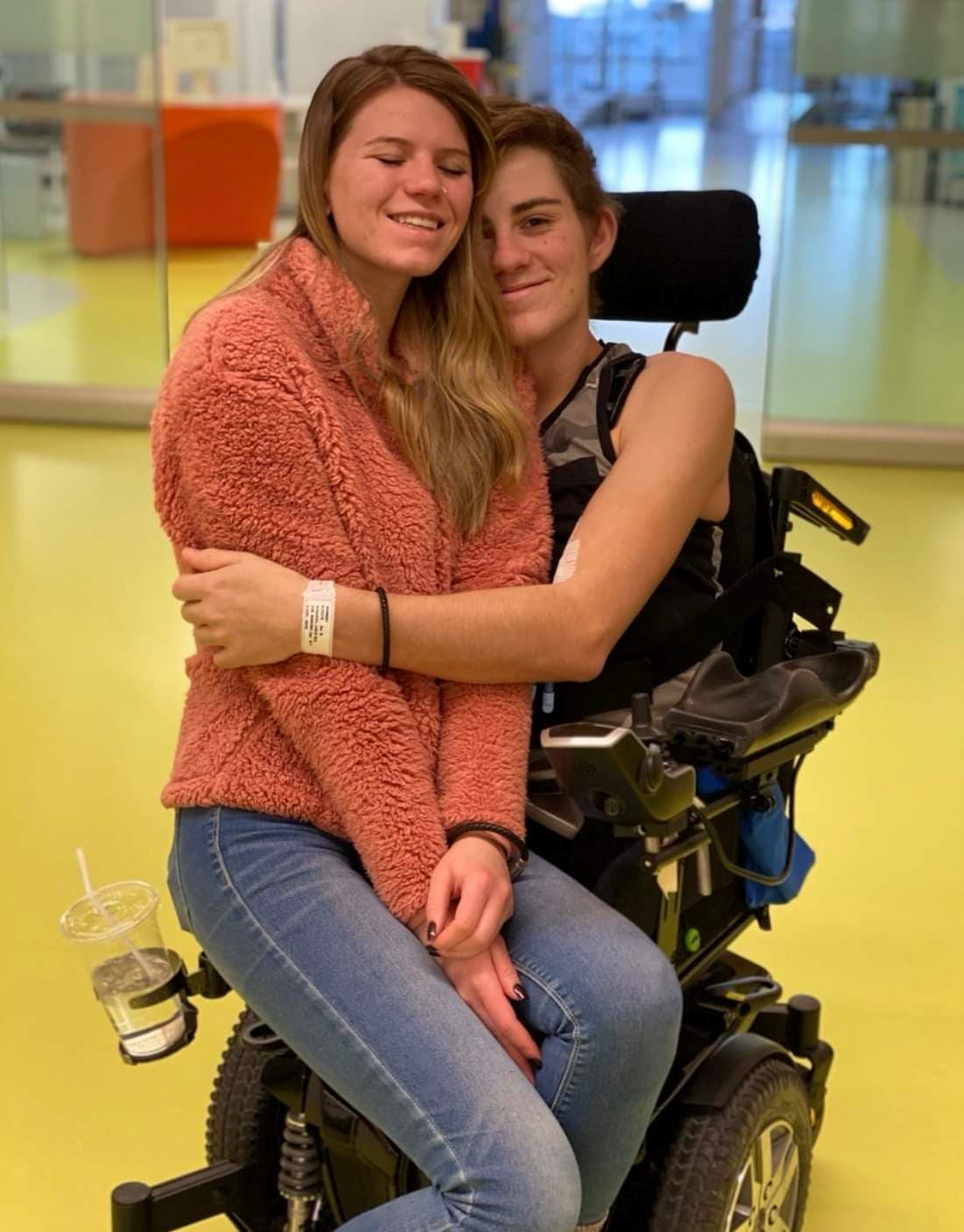