Teenage killers bump fists to celebrate brutal murder of man, 29, they had lured to park over sexual messages he had sent to 17-year-old girl

Chilling footage shows two teenage vigilante killers fist-bumping as they celebrated stabbing a man to death after luring him to a park over sexual messages he had sent to a 17-year-old girl.

Danish Mansha, Daiyaan Arif and Rimsha Tariq, now all 18, scoured the internet to find someone they believed wanted to have violent sex with women.

The trio struck up a conversation with their victim, Sohail Ali, 29, via an Instagram profile belonging to Tariq – a girl.

They used the pretence of meeting Tariq to lure Ali to Summerfield Park in Birmingham at 2.30pm on December 4, when they planned to attack him.

Mansha, who was armed with a knife and a blank firing gun, lay in wait with Arif before ambushed Mr Al who was stabbed seven times as well as being shot.

He was attacked with such force the knife snapped and part of the blade was found embedded in his chest. Mr Ali was taken to hospital for treatment but died just after midnight. 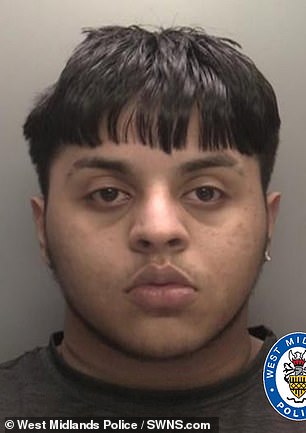 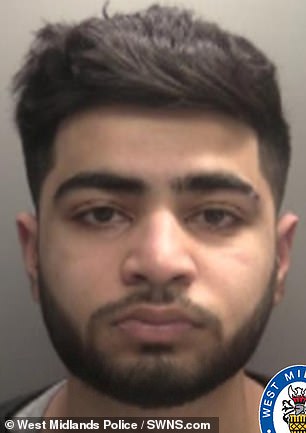 CCTV shows Mansha and Arif fist-bumping each other as they calmly walked away from the murder scene.

They were arrested days later when detectives discovered messages on their phones discussing the attack.

The killers were in regular contact with each other days before the murder and Tariq messaged Mr Ali on WhatsApp and Instagram just 30 minutes before the attack.

Mr Ali had started speaking to Tariq via Instagram on December 3 last year, with his messages becoming increasingly sexualised and aggressive, the court heard.

Following a trial at Coventry Crown Court, Mansha, of Edgbaston, and Tariq, of Walsall, were both found guilty of murder.

Mansha, who was also found guilty of possession of a bladed article, was jailed for 19 years while Tariq was ordered to serve at least nine years before being considered for parole.

A third defendant, Daiyan Arif, 18, of Brandhall, Warley, who was convicted of manslaughter, was jailed for three-and-a-half years.

‘Green, where you intended to confront him with a knife, to stab him, and to seriously injure him.

‘No doubt you intended to teach him a lesson, but your plan was entirely unjustified. You told Tariq of your plan, and you used your influence over her to persuade her to go along with it.’

After setting up the meeting with the victim, Mansha, backed up by Arif and Tariq, went to the park where the female defendant met Mr Ali. 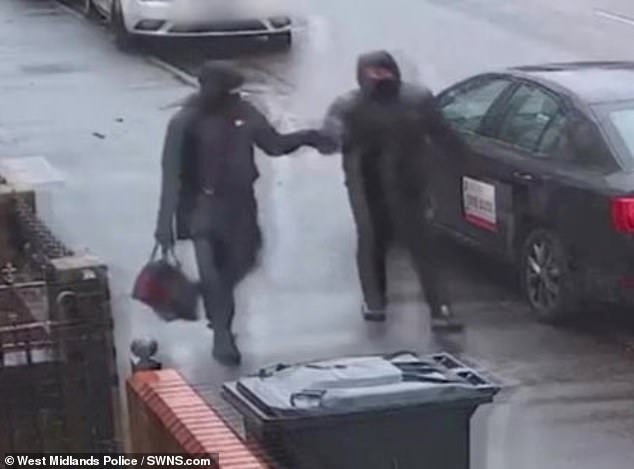 At one point Mr Ali left the park but came back after Tariq had persuaded him he was not being set up.

Judge Drew said: ‘By then you [Mansha] were close enough to surprise him, firing the pistol at him several times.

‘It looked and sounded real and, no doubt terrified that he was being shot at, he went to the ground.

‘That then enabled you to launch an attack on him with the knife. You stabbed him a total of seven times.

‘The final blow was inflicted with so much force that it fractured his breastbone and penetrated his heart. When the knife then lodged inside his chest you used so much force trying to remove it that you broke the handle off the knife.’

The judge said he accepted that what happened had the hallmarks of ‘naivety and bravado’, rather than being a cold-blooded killing, and that Mansha got carried away in the frenzy of the attack. 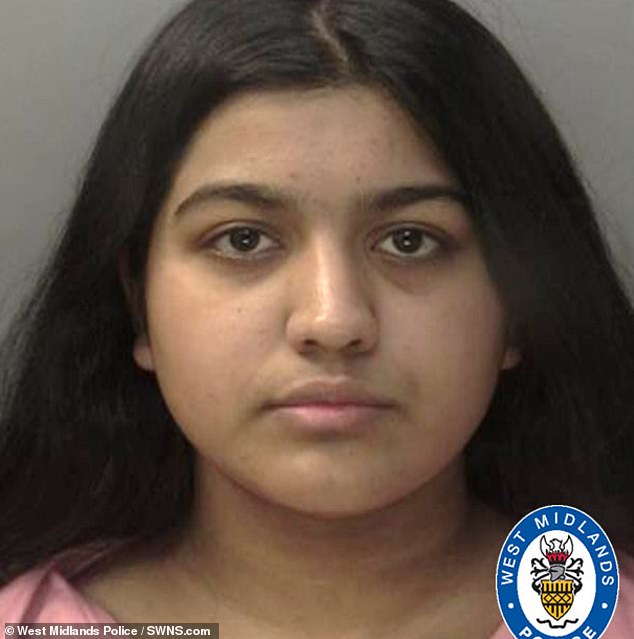 Judge Drew added: ‘Despite being fatally wounded Sohail Ali managed to get up and run away. So animated were you by this time that you shot at him with the blank firing pistol.

‘On the way, the two of you performed a fist bump, which confirms that when you attacked Sohail Ali you were acting together and that afterwards you had no remorse for what you had just done.

‘This was an offence committed whilst on bail. It was a premeditated and carefully planned attack. Sohail Ali was deliberately lured to Summerfield Park.

‘You took the lead, and you recruited both Tariq and Arif to help you. Tariq was a vulnerable young woman who you manipulated at will.

‘You deliberately tried to hide your identity; you had your hood up, you wore gloves, and you had a mask covering your face.

‘You ambushed Sohail Ali. You fired the gun in order to frighten him, and then attacked him when he was unarmed and defenceless on the ground.

‘You did so in a public park, in the middle of the day in front of a number of passers-by.

‘After the attack you left the park, you did not call the emergency services but instead left Sohail Ali to die.’

Mark George QC, mitigating for Mansha, said: ‘He made an arrangement to meet Mr Ali in the park and that is the extent of the planning.’ 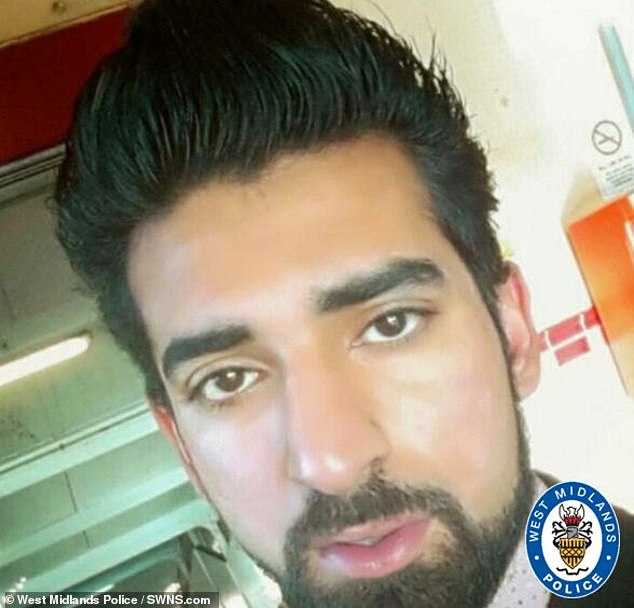 Following the sentencing Mr Ali’s grieving family said: ‘Sohail was murdered needlessly and his life has been stolen from him. The pain that we suffer from his loss is overwhelmin’

Mr George said his client was very immature and came from an unsettled family background.

‘It was a completely senseless attack that took a life and changed three more forever.

‘My officers have worked tirelessly on the case; and although today’s verdict can never bring Sohail back, I am pleased that we have been able to secure justice for him and his family.

‘My thoughts are with them at this time.’

Following the sentencing Mr Ali’s grieving family said: ‘We are pleased that the defendants were found guilty and sentenced today for the brutal crime they committed.

‘Sadly nothing can bring Sohail back to us.

‘Sohail was murdered needlessly and his life has been stolen from him. The pain that we suffer from his loss is overwhelming.

‘He will forever remain in our hearts.’