A teenager who was caught on CCTV stamping on a man’s head in a brutal and unprovoked attack after asking for a cigarette has been jailed for more than seven years.

Robin Foster, 19, shouted ‘Yo mate,’ at a 34-year-old man as he walked home after missing his bus in Oldbury, West Midlands, last August.

After demanding a cigarette, the thug punched his victim to the side of the head, when he fled, Foster chased him for a mile to a Shell garage and launched a ‘brutal and shocking attack’.

Nearly 12 months after the incident, Foster was jailed yesterday, thanks in part to being identified by his Calvin Klein body warmer. 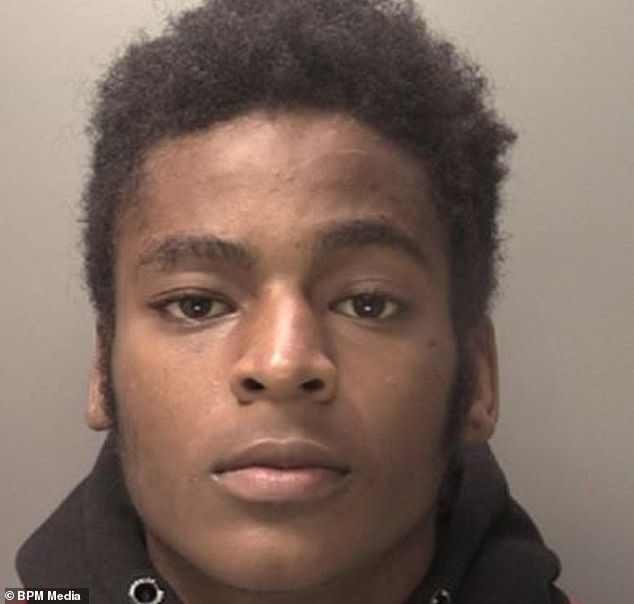 Robin Foster repeatedly stamped on his victim in a brutal, unprovoked attack in Churchbridge, West Midlands, last August. Yesterday he was jailed for seven years and four months

When the victim reached the Shell garage in Churchbridge, he begged the cashier to call the police.

Seconds later Foster, who was 18 at the time, launched a ‘brutal and shocking attack’ on the man on the petrol station forecourt.

Footage showed Foster stamp and kick the man who curled up into the foetal position in a desperate bid to protect himself.

The victim lost two teeth and suffered nasty cuts to his forehead. 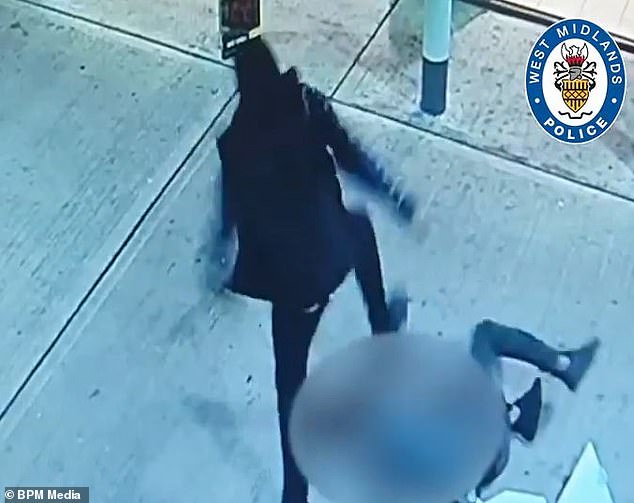 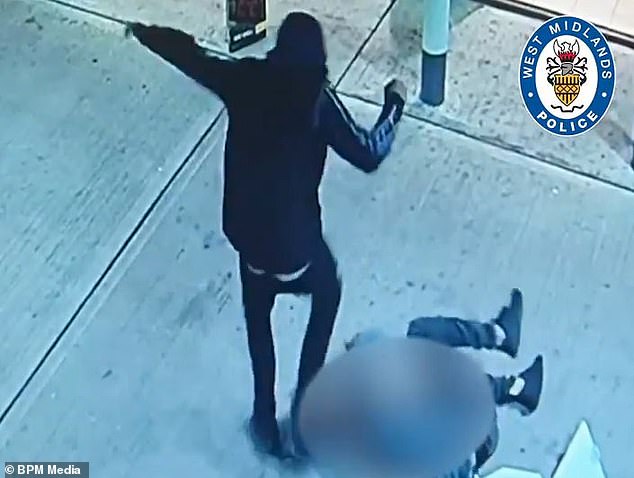 Foster, who was 18 at the time, had approached his victim and asked for a cigarette, before punching him on the side of the head

Foster fled the scene but was nailed when an appeal was launched and someone recognised his distinctive Calvin Klein body warmer and trouser chain from the CCTV.

He was arrested at his home in Oldbury in October.

On Tuesday he was jailed for seven years and four months, having admitted  to wounding at Wolverhampton Crown Court at a previous hearing.

PC Andy Mimnagh, of West Midlands Police, said: ‘This was a brutal, shocking attack and from what we understand totally unprovoked.

‘One customer at the petrol station thought they were play fighting before seeing blood pouring from the man’s nose and mouth.

‘I wish the victim well for the future and hopefully, when Foster is eventually released, he will take advantage of help offered to him and create a brighter future.’ 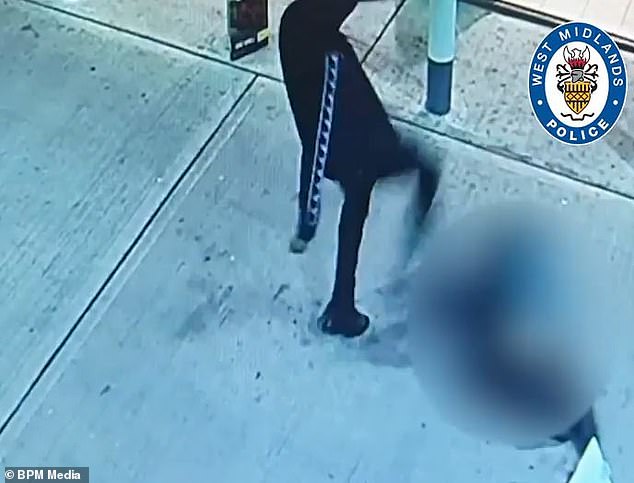 One witness thought the pair were play fighting, until they saw blood pouring from the victim’s mouth and nose 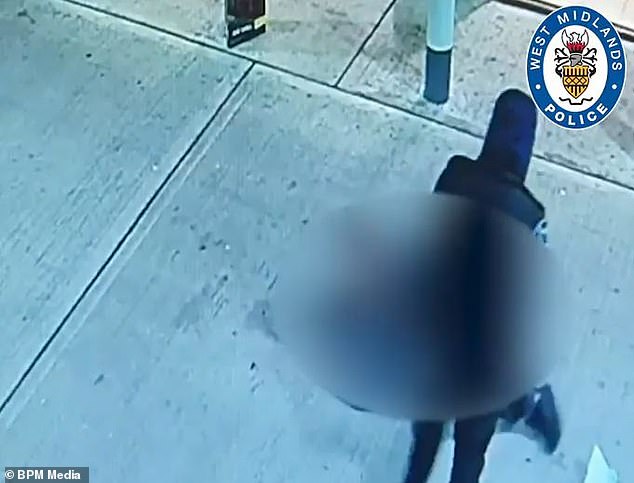 Foster was arrested less than two months after the attack, having been identified by a Calvin Klein bodywarmer and trouser chain he was wearing at the time

‘Foster had no previous offences recorded against him; that should act as a clear warning to anyone who thinks random acts of violence are not taken seriously by the police or and courts.