A CLIP has emerged showing frantic Afghan stowaways clinging to a US plane moments before three are believed to have fallen hundreds of feet to their death.

The latest video apparently shows an Afghan civilian tethered to the wheels of the C-17 as it takes off from Kabul airport. 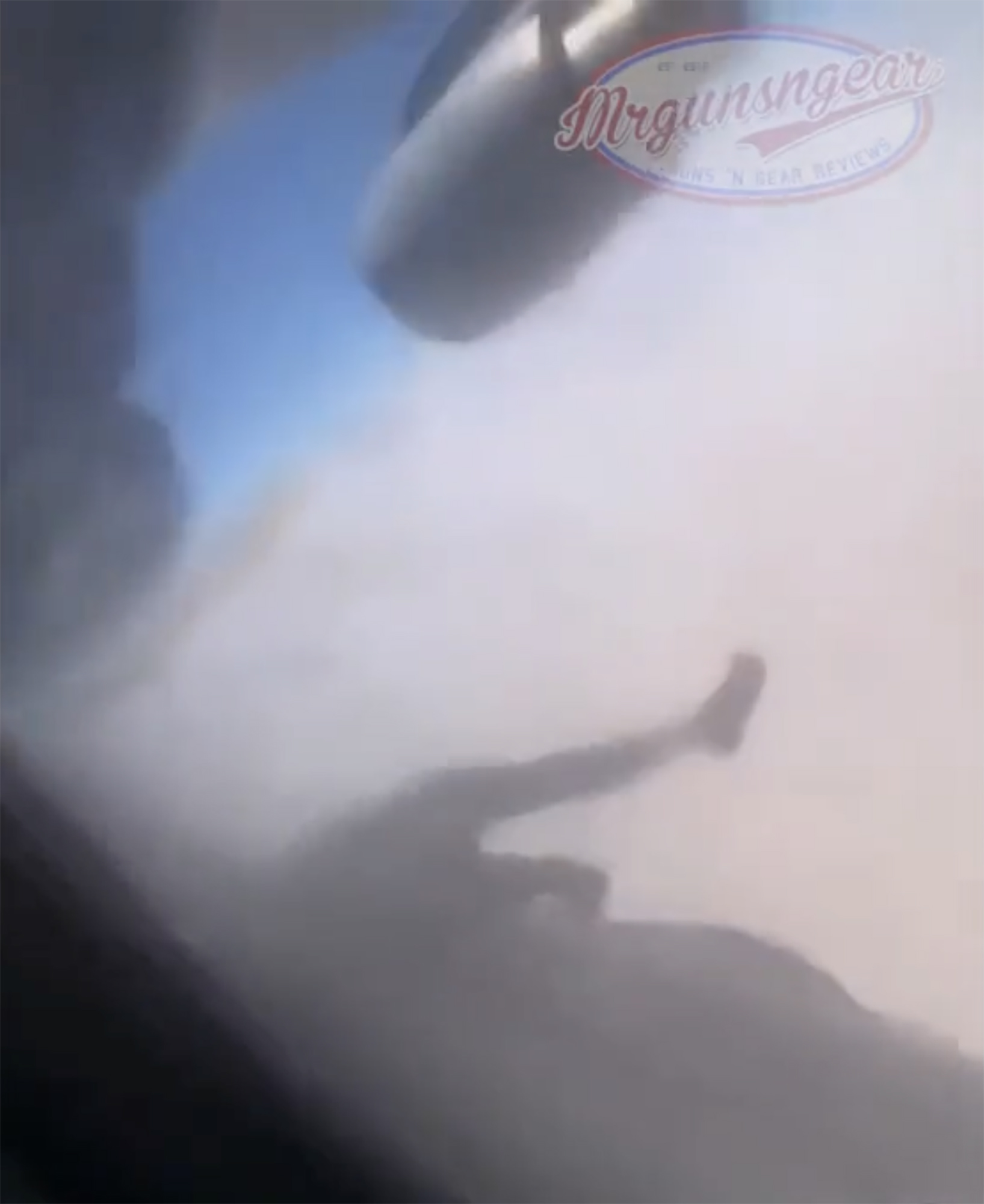 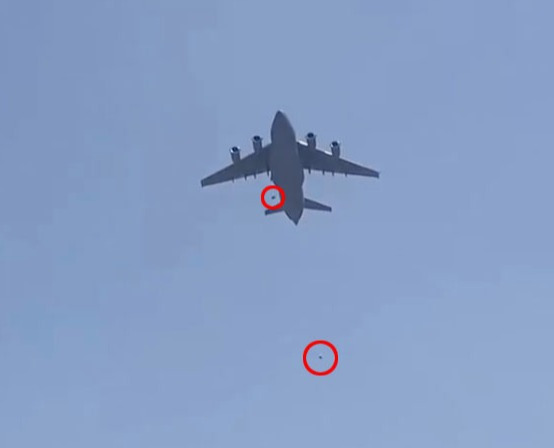 It is impossible to know if he was alive or dead at the time the film was shot.

But his limbs can be seen helplessly thrown around by the extreme air currents after the military plane is airborne.

It is unlikely the man survived the ordeal but his fate is unknown.

The routing of the aircraft was not immediately clear.

The footage highlights the utter desperation of civilians fearing certain death if they are caught by the Taliban.

It follows several deeply distressing videos showing stowaways falling to their deaths soon after it was airborne.

It was reported the crew found a body in the landing gear.

It appears the man became trapped in a panel that is part of the landing gear mechanism and which closes when the wheels are retracted.

The discovery was made when the crew struggled to close the landing gear and then made an emergency landing in a third country, the Washington Post reports.

In another video, a group of men can be seen riding on top of the wheel bay as the plane taxis along the runway.

🔵 Read our Afghanistan live blog for the latest updates

It's unclear if the person taking the footage managed to get off or be blown off before it became airborne.

Around 20 men are seen on the wheel bay as the plane goes by, with some even waving, in yet more footage.

The airport was closed for several hours on Monday amid scenes of chaos as desperate civilians surged onto the tarmac to try and board planes to escape their homeland after the Taliban took over the capital. 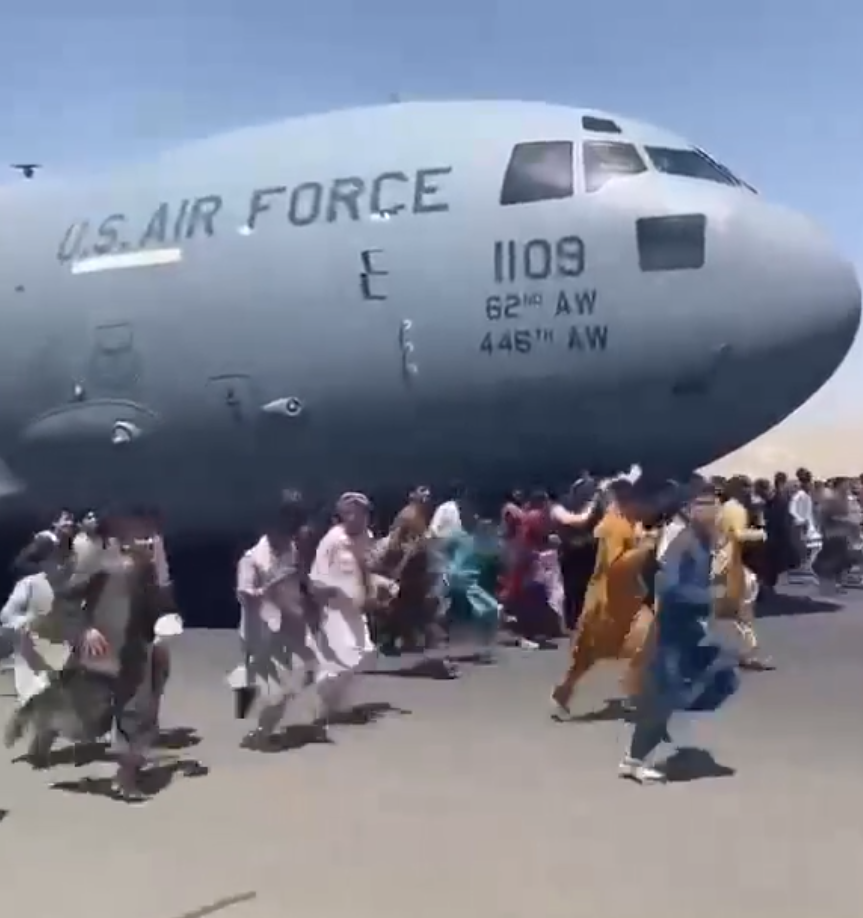 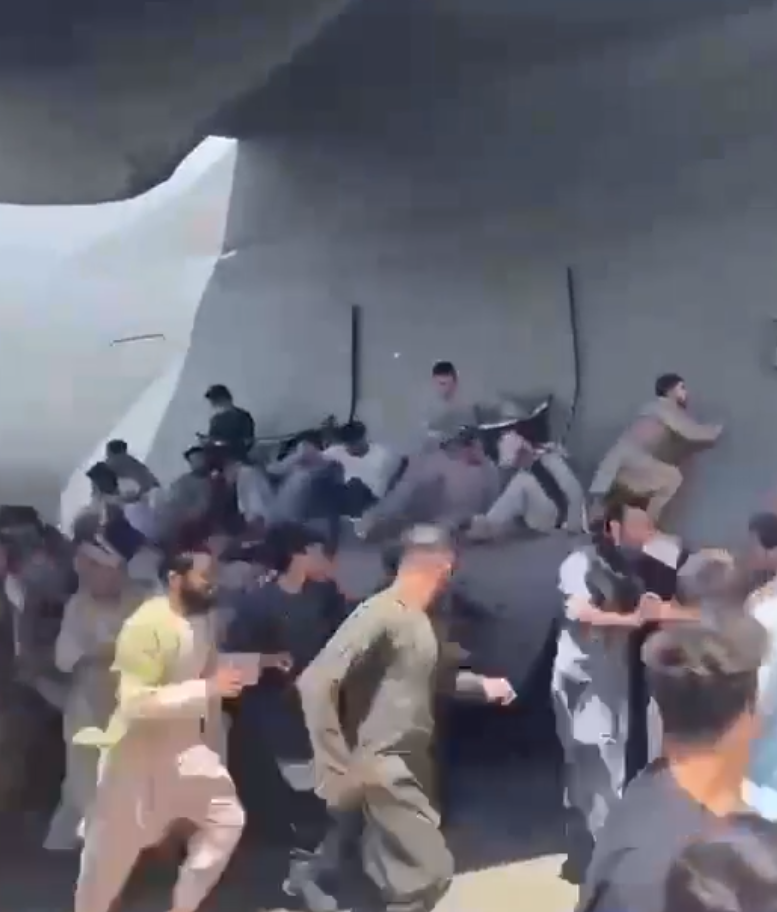 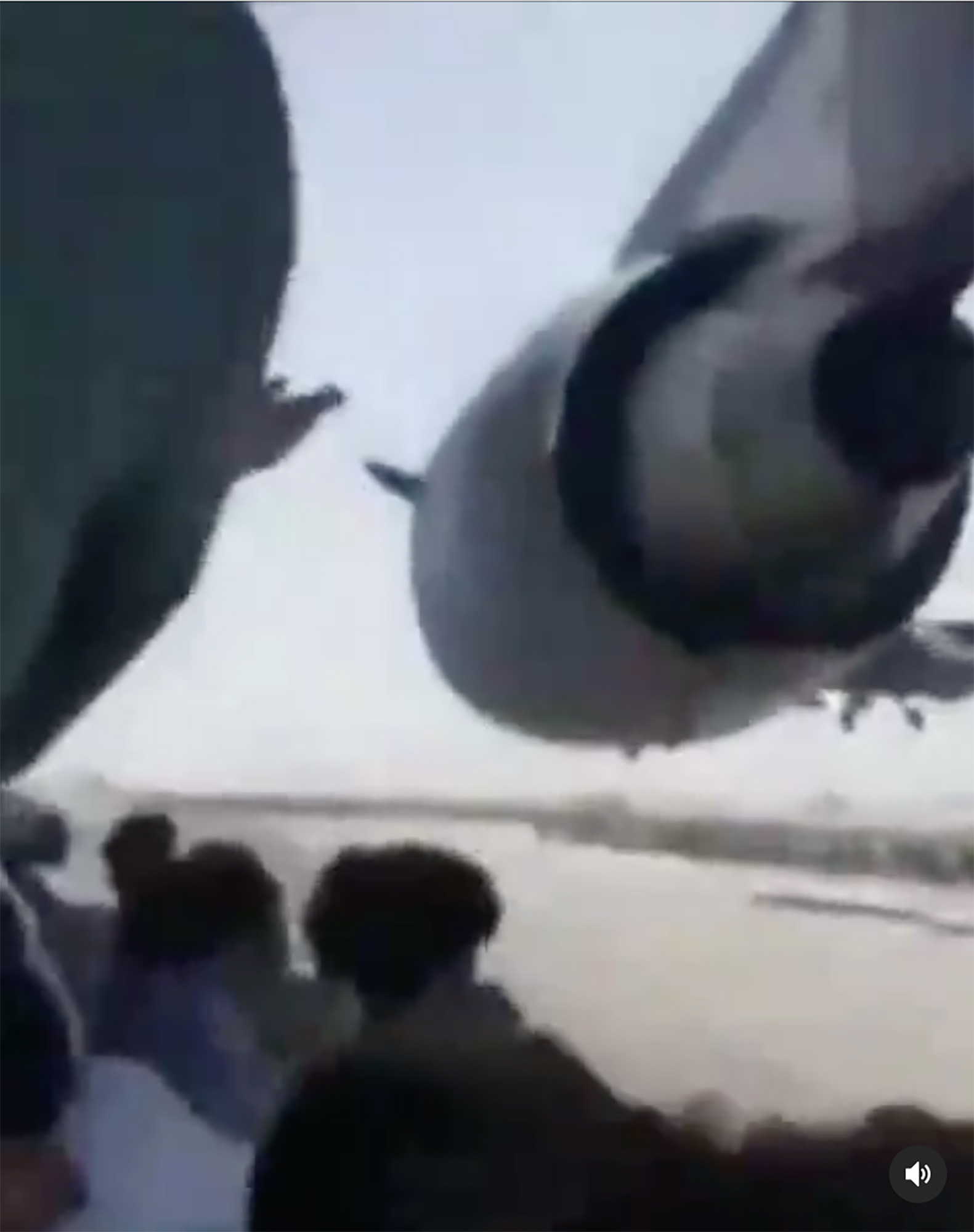