This is the terrifying moment a cable snaps on a slingshot ride as it prepares to launch two thrill seekers into the air.

Video shows the pair sitting excitedly on the ride at Cobra Adventure Park in Panama City Beach, Florida, on a Saturday night, when the left cable suddenly cracks in two.

No one was injured and the two men were offered a refund afterwards.

The slingshot is capable of throwing people several hundred feet into the air. 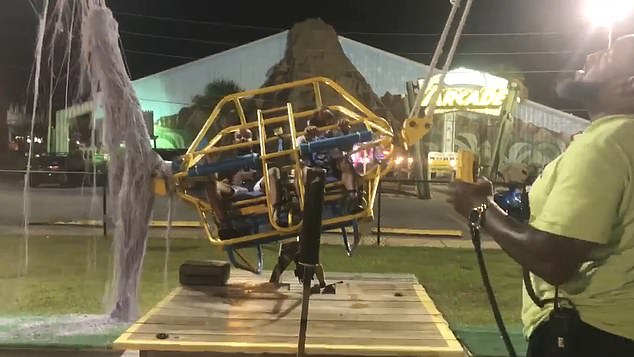 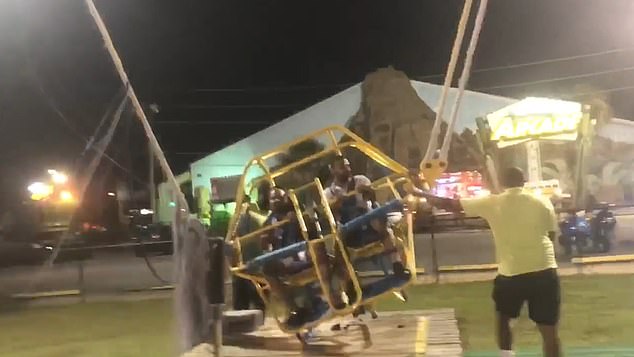 People ran for cover as the pair were left dangling on the ride at Cobra Adventure Park in Panama City Beach, Florida, after an employee pressed the lever 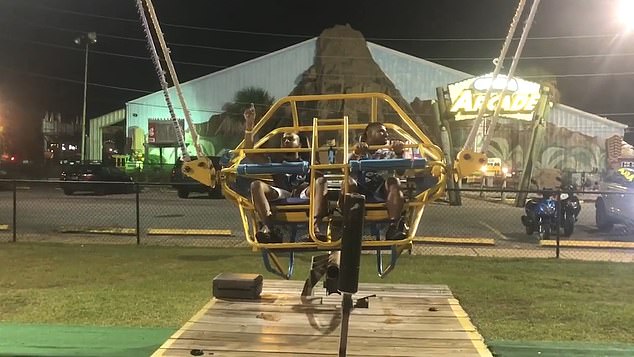 Scary footage shows the two men seated in the ride car, with one holding up his arms in celebration as they wait for it to launch on Saturday August 17.

But, as the amusement park worker presses the lever the left cable splinters.

The ride car suddenly pivots down to the left and people jump back.

Moments later the pair trapped in the ride are seen being helped out of the cart by employees.

Krissy Hurst, who saw the disaster happen, told WTVT that the men were ‘completely freaked out’.

She had been considering taking a ride herself but decided against it at the last minute, preferring instead to take a video as the ride’s recording system wasn’t operating. 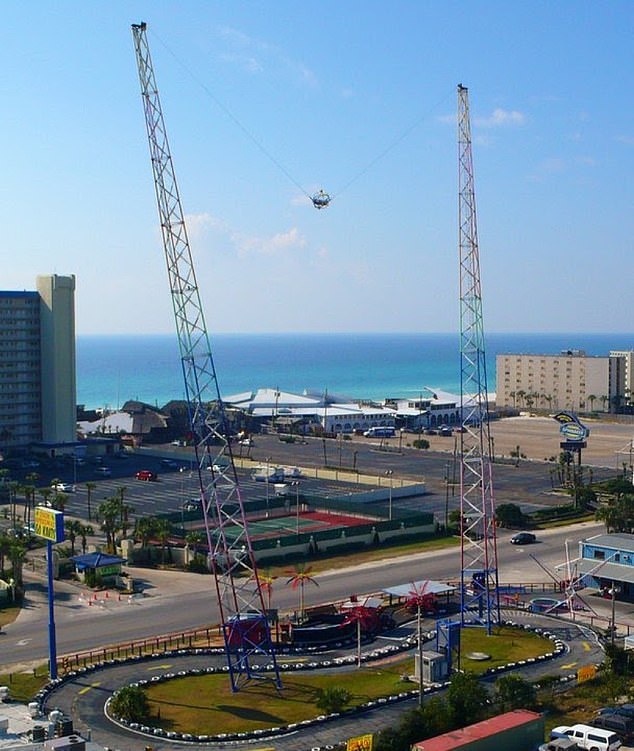 This image shows the ride in Florida before the accident. It can fling people several hundred feet into the air 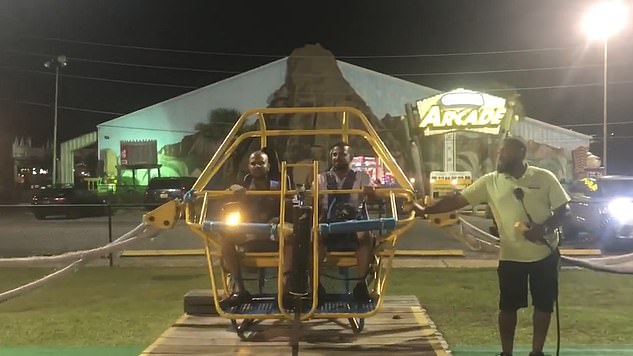