NUCLEAR weapons possess the power to destroy all life on the planet – but some people responsible for world-ending warheads don't always take the task seriously.

The Sun exclusively revealed this week that a Royal Navy officer in charge of 16 nuclear missiles had to be hauled off HMS Vigilant when he turned up drunk. 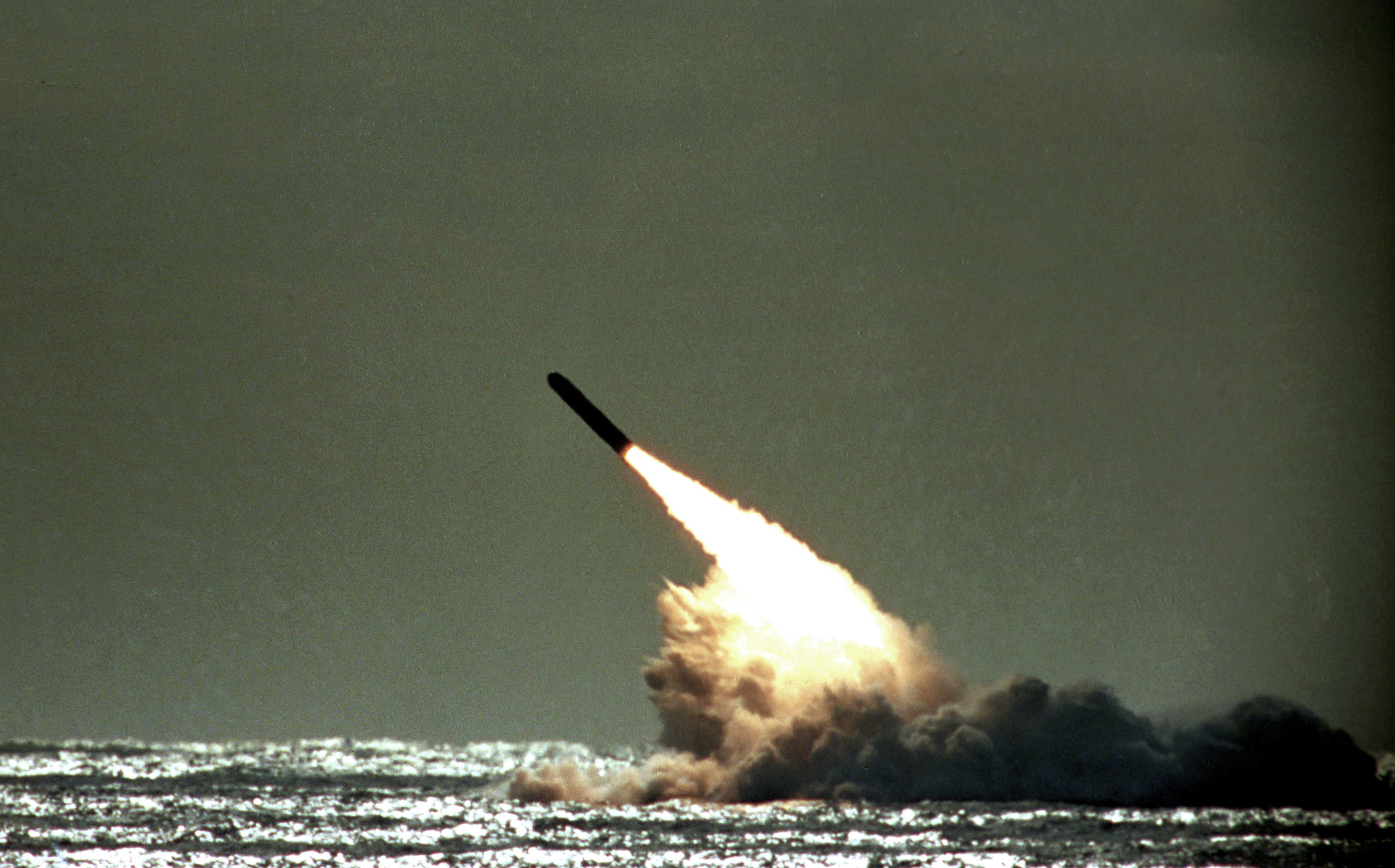 Lt Commander Len Louw was allegedly carrying grilled chicken when he arrived to take charge of the sub's Trident missiles – which have the power to kill 60million people.

“While we don’t comment on the detail, there are numerous safety checks and processes to protect the safety and use of weapons aboard all submarines,” a Royal Navy spokesperson said.

But nuclear safety protocols have catastrophically failed in the past, and put the world on the brink of annihilation.

Here are some of the closest calls – from the US accidentally dropping nukes on itself to the Soviet soldier who defied orders and may have single-handedly saved the world. 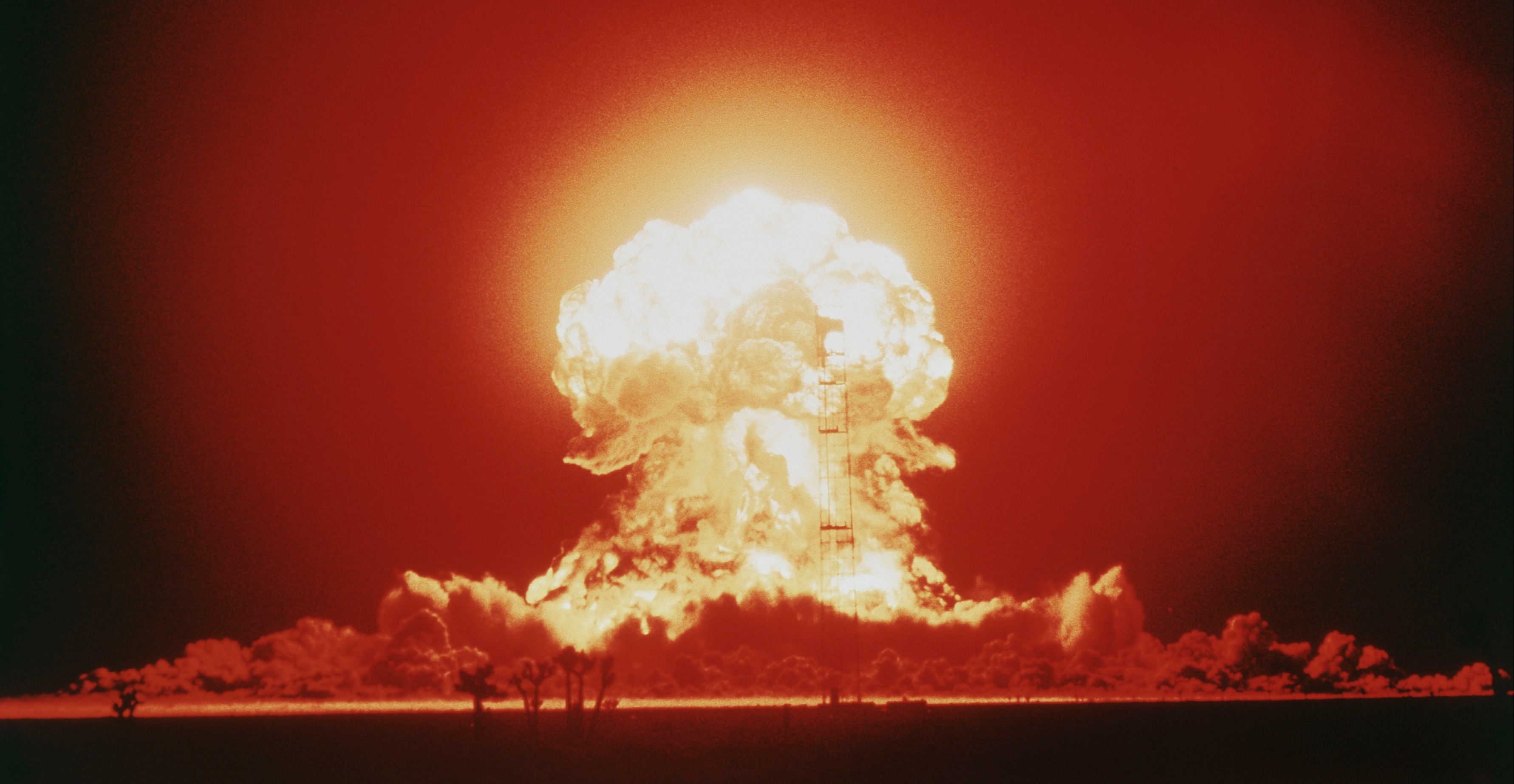 Missile explosion on the launchpad

The continuing threat of nuclear accidents is made all the more real by historical precedent: a nuclear missile has exploded by mistake in the United States before.

A Titan II Intercontinental Ballistic Missile (ICBM) blew up in its silo in Arkansas in 1980 – because the wrong tool was used for a simple maintenance job.

At the time, the Titan II was loaded with a nine megaton warhead, the most powerful ever put on a US missile – enough to give lethal burns to anyone within 20 miles of its devastating blast radius. 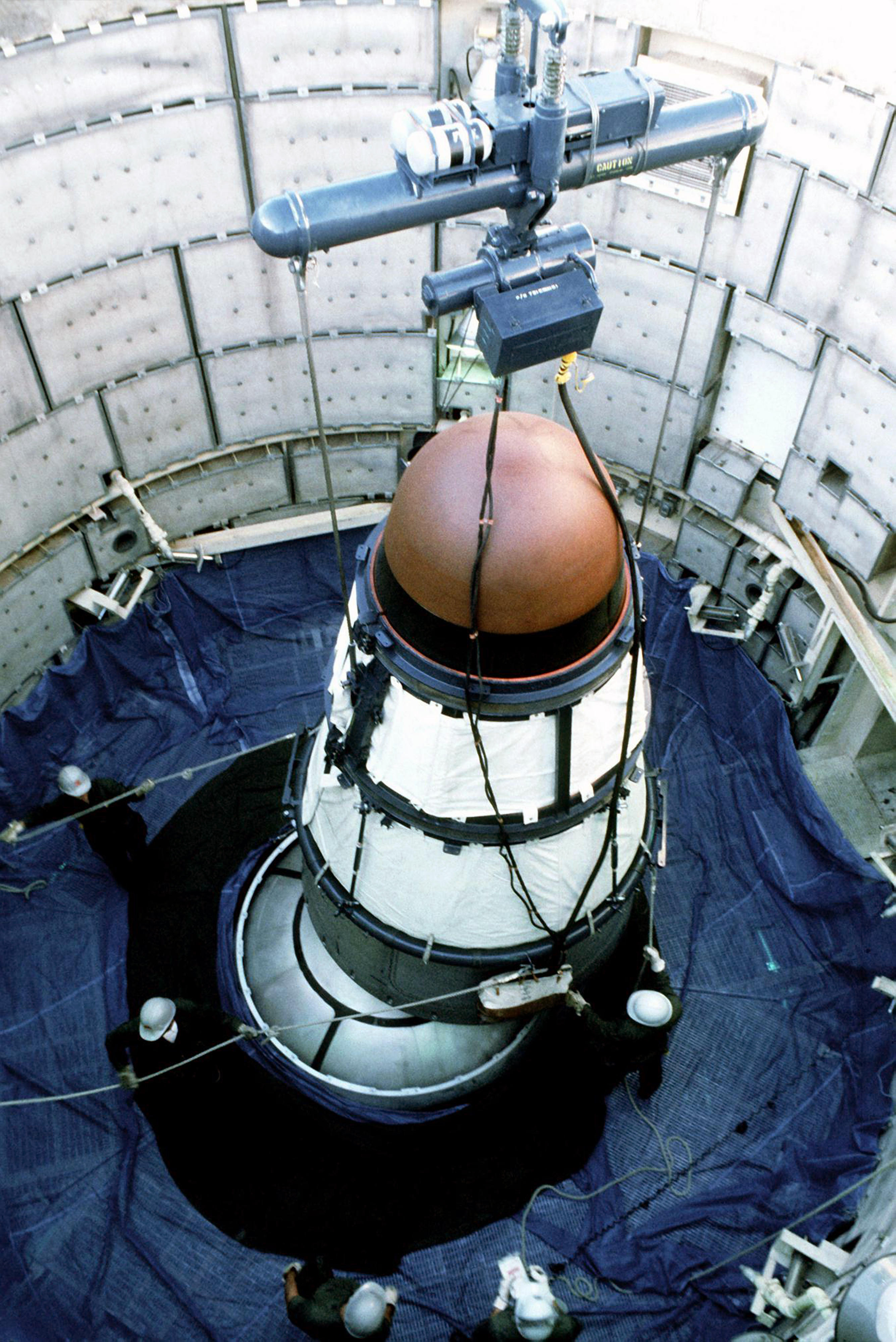 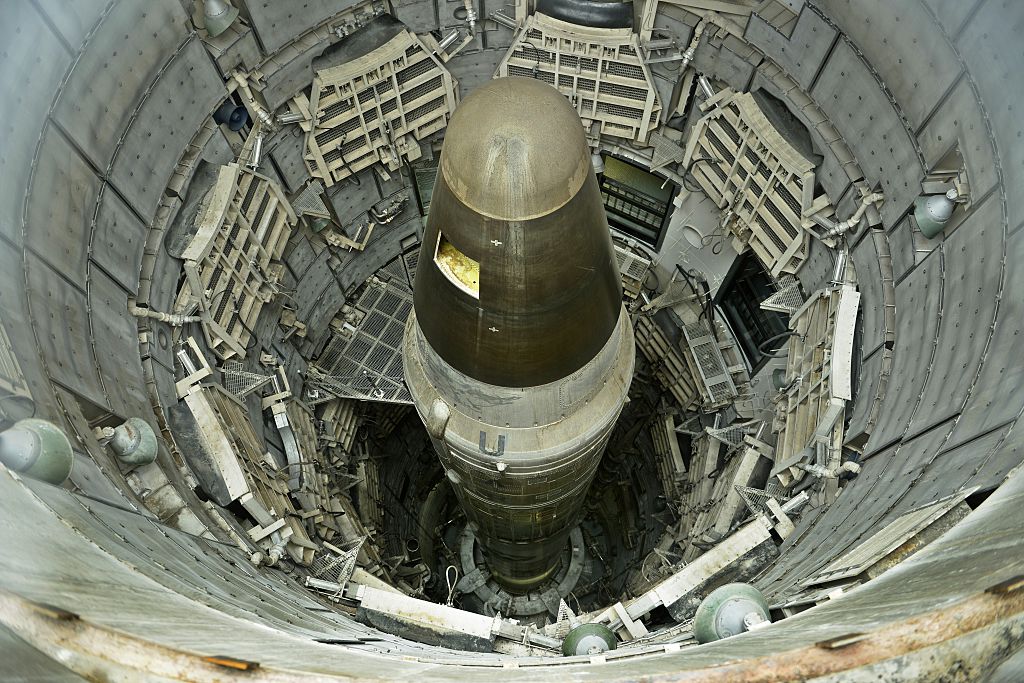 On the night of September 18, a maintenance man used a ratchet instead of a torque wrench while checking the pressure of one of the missile's tanks.

That led to a metal socket slipping off the ratchet and falling 80 feet into the silo below.

To the engineer's horror, the socket bounced and hit the side of the rocket at speed, piercing its fuel tank and causing its highly explosive fuel to vent out into the silo.

The site was urgently evacuated, but Senior Airman David Livingston was later sent into the silo to turn on an exhaust fan – no one knew for sure that the missile's nuclear warhead wouldn't detonate if the fuel ignited. 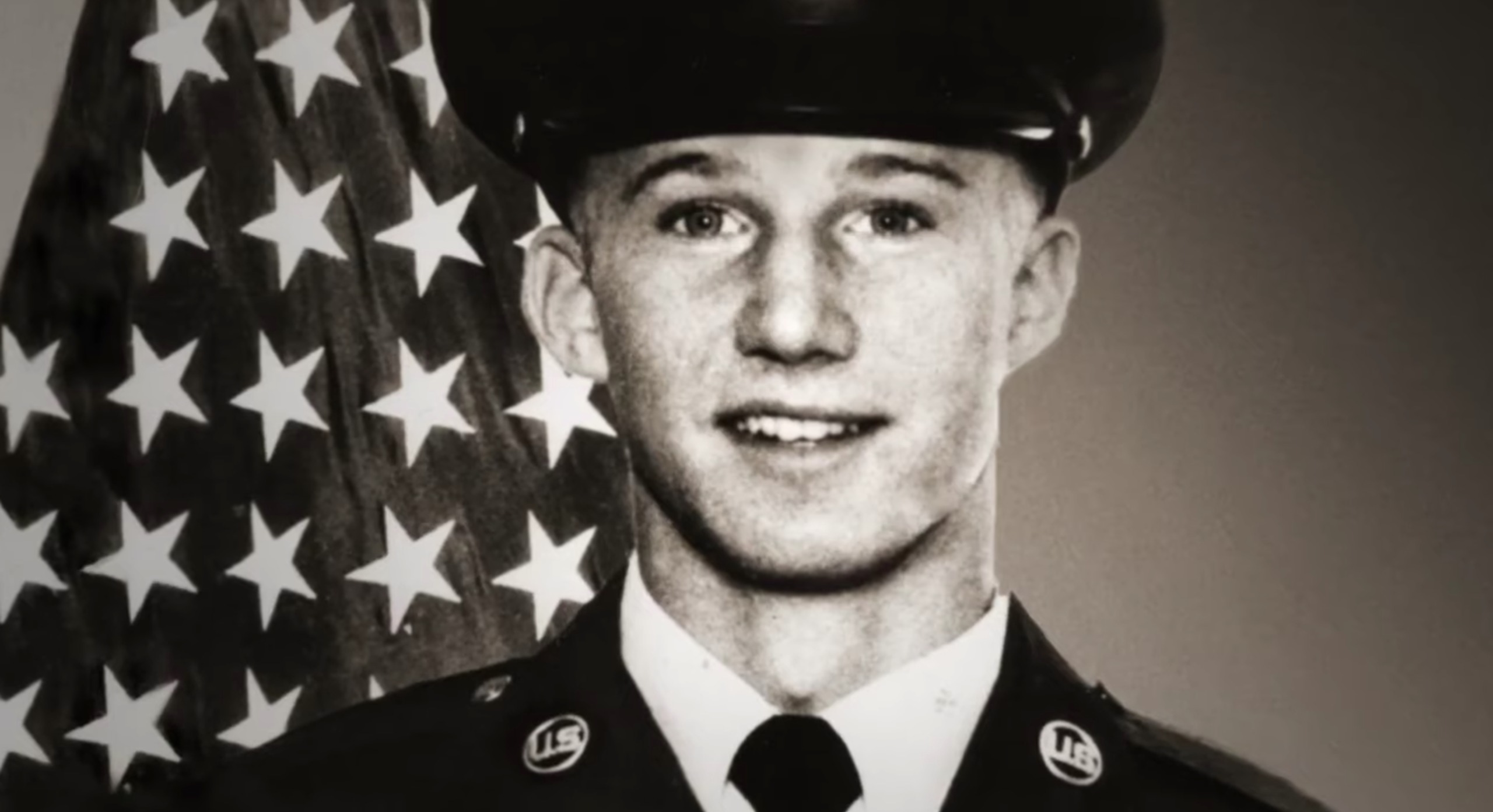 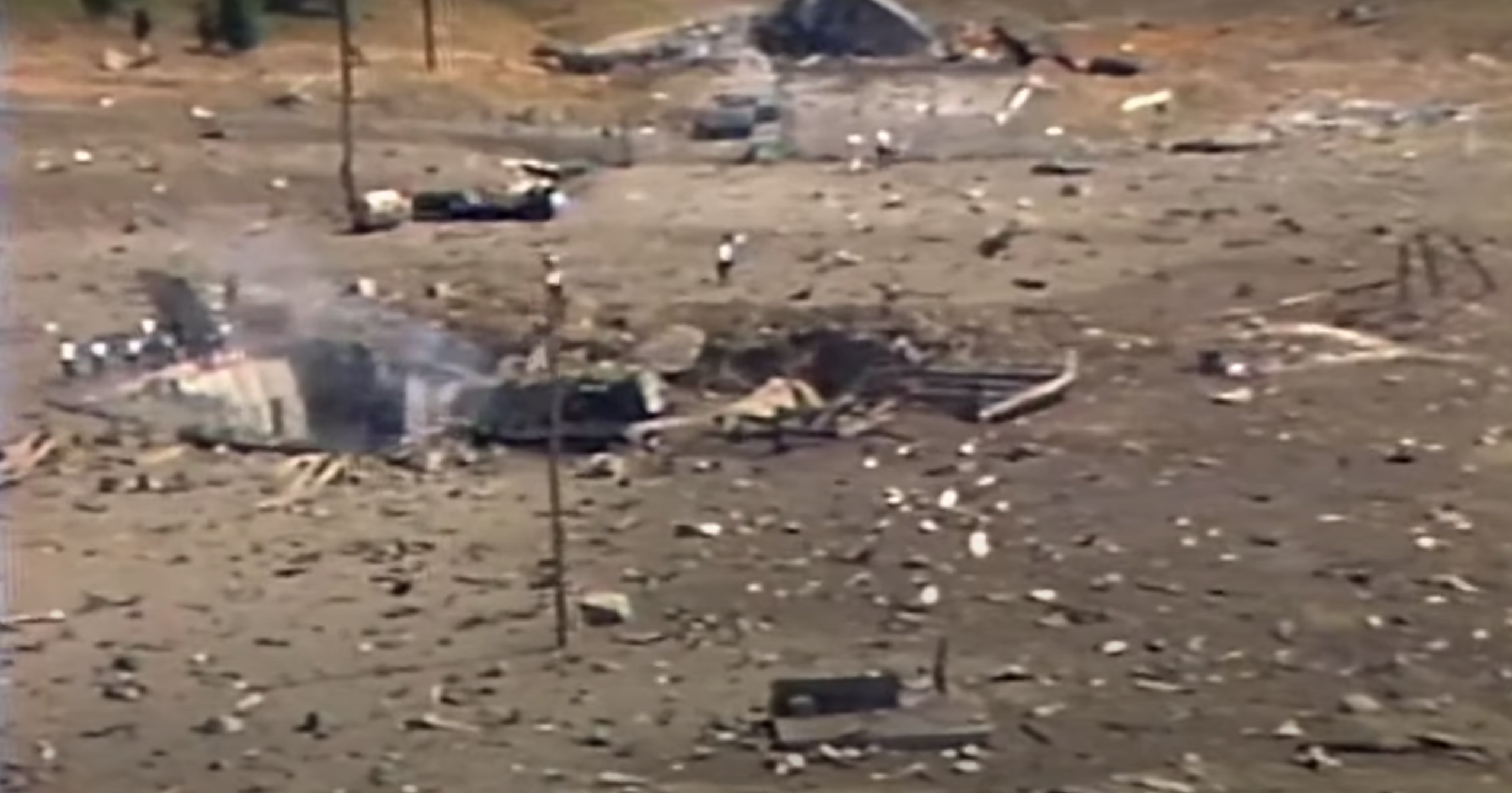 At around 3am on September 19, the fuel exploded, blowing the silo's 740-ton door off its hinges and firing the warhead into the air.

Tragically, Livingston was fatally injured and 21 other personnel nearby were hurt – but mercifully the warhead didn't go off.

The Air Force would eventually find it lying 100 feet away from the silo complex's entry.

In 1958, a nuclear bomb was accidentally dropped over a rural farm in Mars Bluff, South Carolina.

A US Air Force B-47 Stratojet was flying from Hunter Air Force Base in Georgia to the United Kingdom when disaster struck. 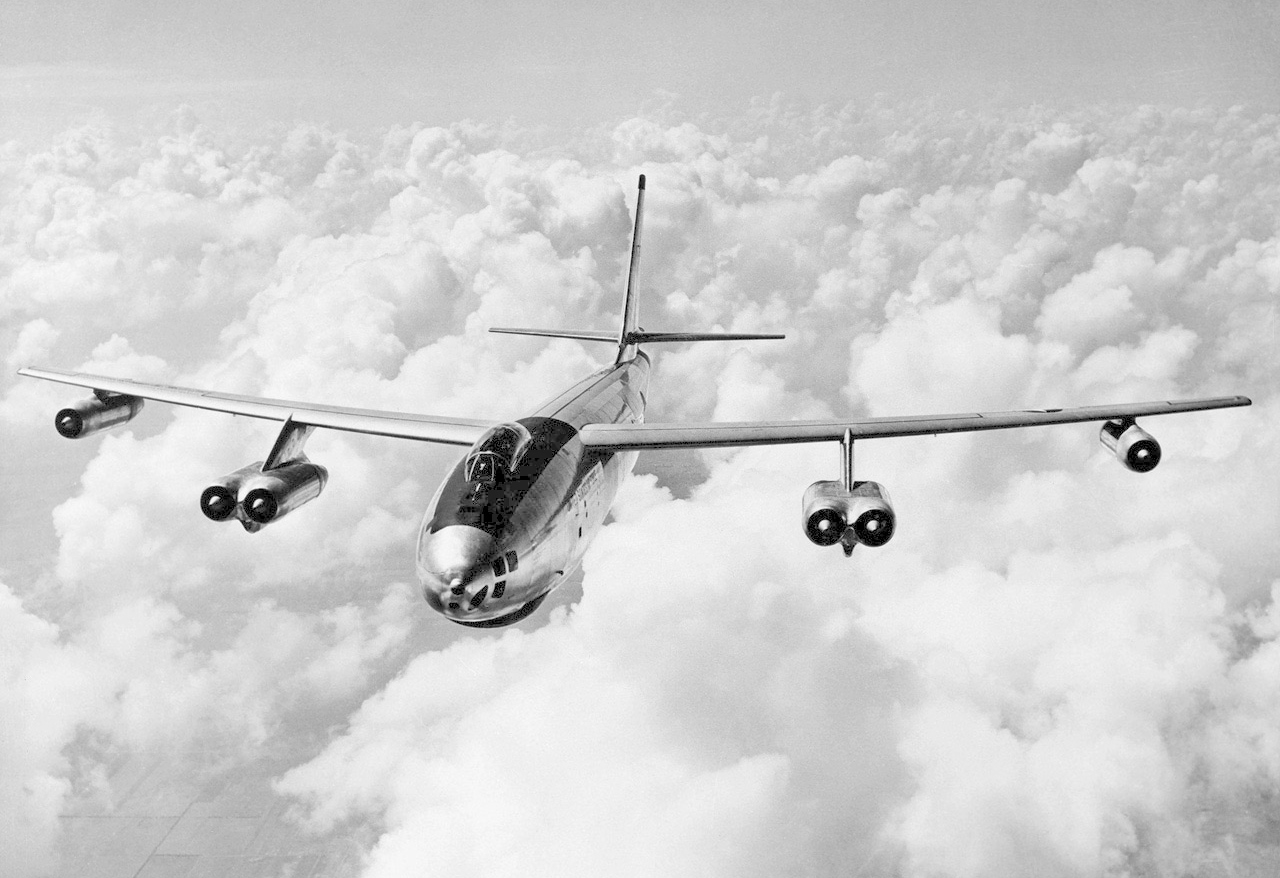 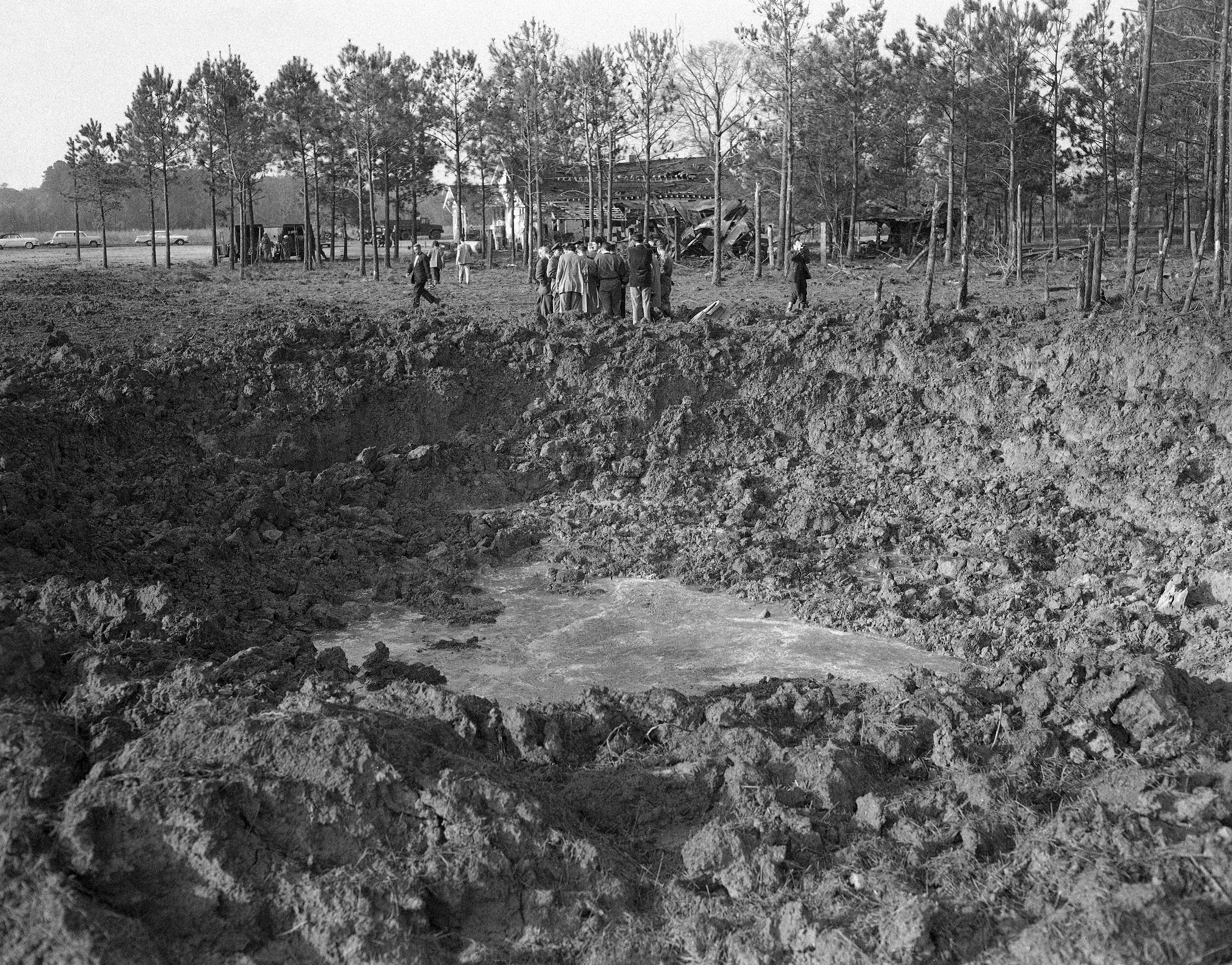 The bomber was carrying nuclear weapons at the time in case war broke out with the Soviet Union and it needed to be quickly called into action.

So Koehler sent bombardier Bruce Kulk to the bomb bay to manually re-engage the locking pin.

There, Kulk tried to pull himself up above the bomb to find its faulty locking pin – but he accidentally grabbed the emergency release mechanism, causing the bomb to be dropped.

Its sheer weight caused it to crash through the plane's bomb bay doors and fall 15,000 feet to the ground below. 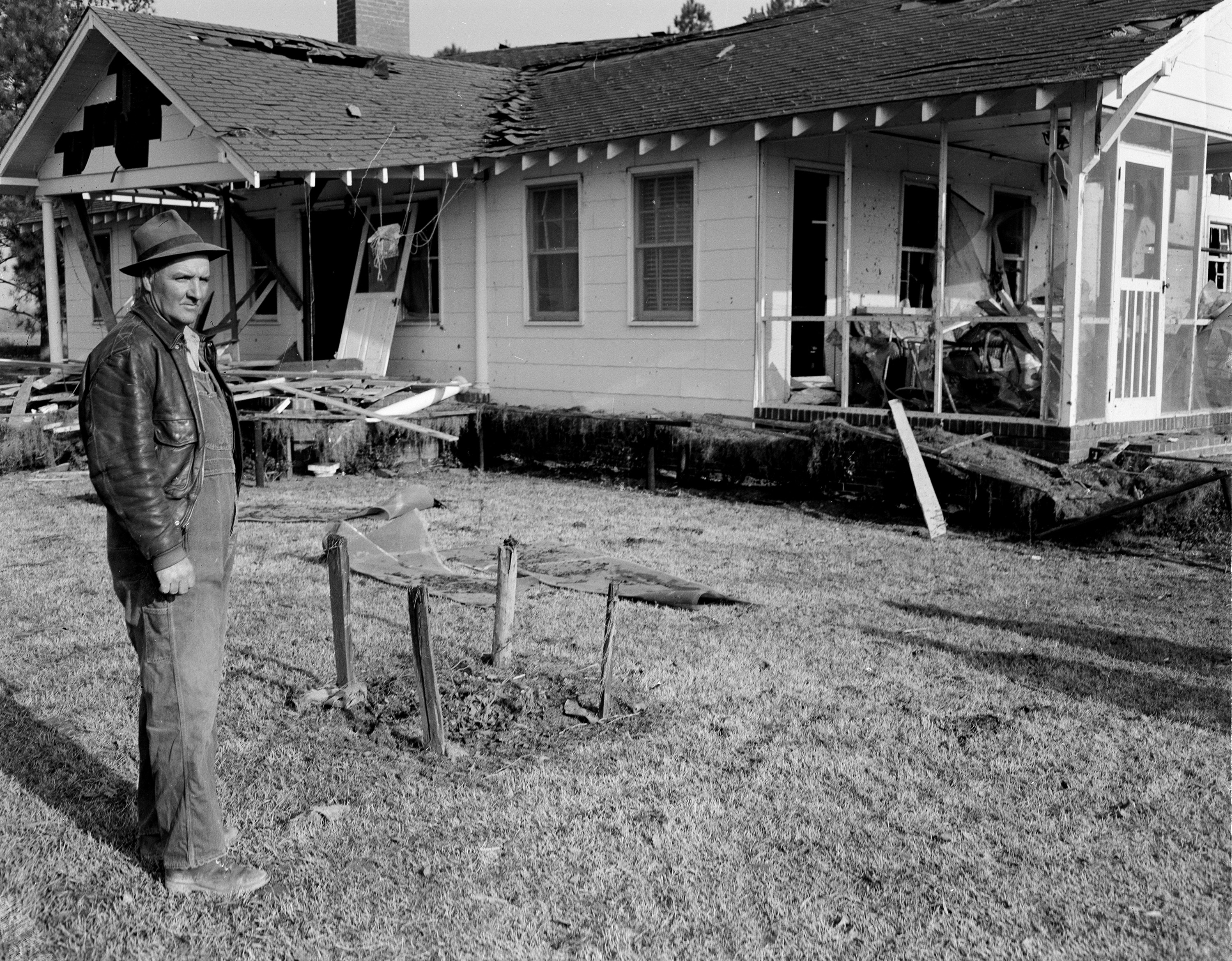 There, six-year-old Helen and nine-year-old Frances Gregg, along with their nine-year-old cousin Ella Davies, were playing when it exploded nearby.

Luckily, the bomb's nuclear core hadn't been put in and was still on the plane – but its conventional explosives injured the girls and other family members.

Just three years later and 200km away, another two nuclear bombs were dropped in an accident – and these did contain the missile payload required for a full-blown nuclear blast.

On 23 January 1961, a B-52 carrying two Mark 39 thermonuclear warheads developed a fuel leak in the skies over North Carolina.

The pilots lost control of the aircraft on its descent to Seymour Johnson Air Force Base, and the captain ordered the crew to bail out at 9,000 feet. 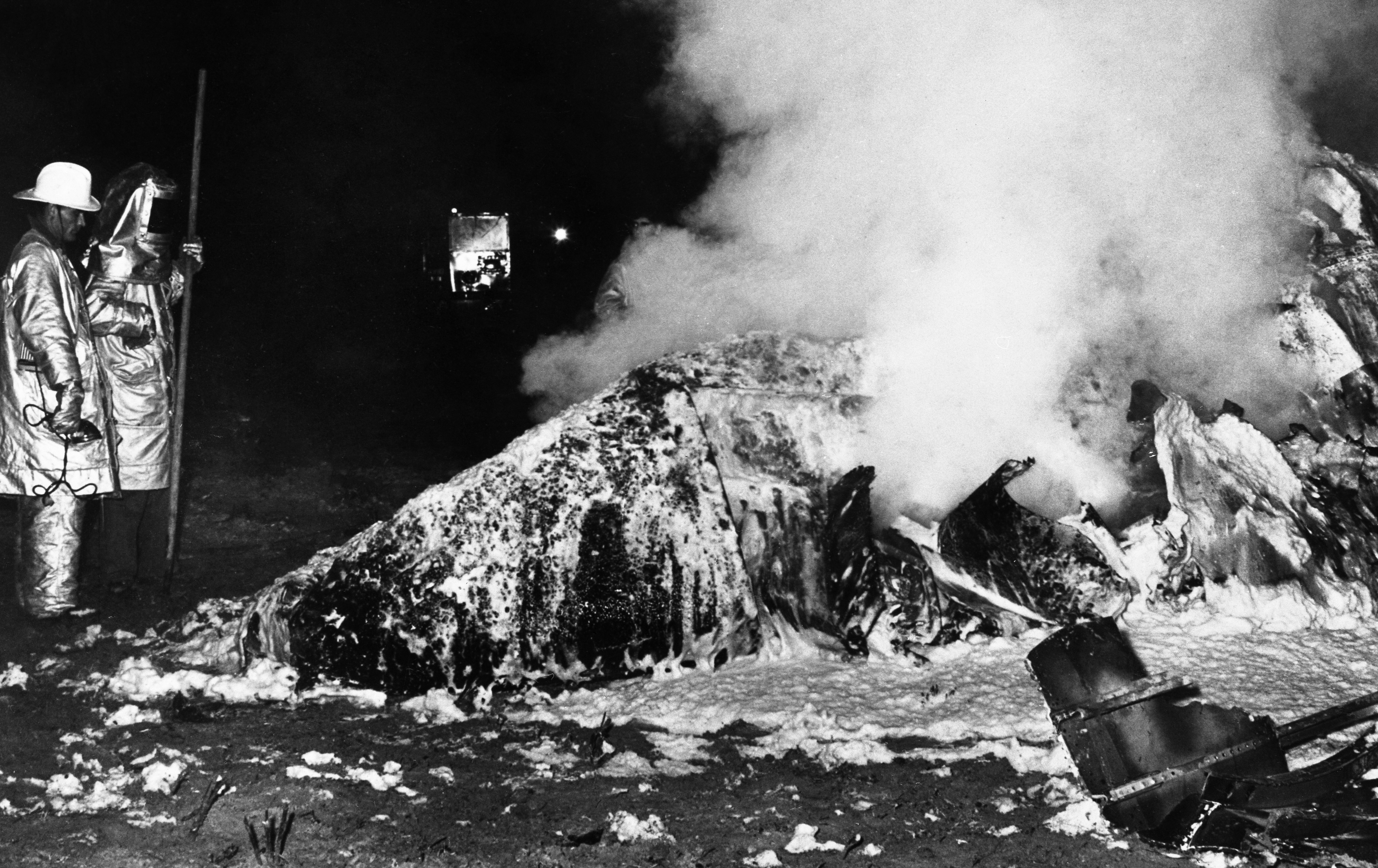 Five of the crew survived the ejection, but two died in the crash and another didn't survive their parachute jump.

As the bomber broke up at around 1,000 feet, the nukes separated from the wreckage and hurtled to the earth – each possessing 250 times the destructive power of the Hiroshima bomb.

Although it's debated how close detonation was, one report said that one of the bombs didn't detonate just because of a single switch.

"One simple, dynamo-technology, low voltage switch stood between the United States and a major catastrophe," a declassified 1969 report read. 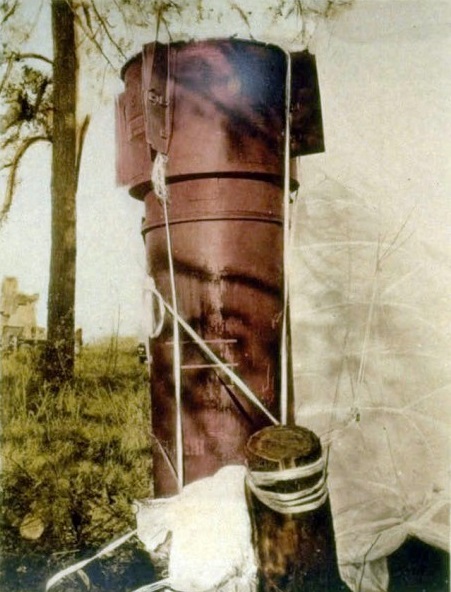 It's not just mechanical errors that've nearly led to armageddon – a drunk President took the world to the brink too.

All 31 crew on board were killed – making it the worst loss of US aircrew life during the Cold War.

When he heard the news, an inebriated President Richard Nixon was said to have opted for the most extreme response. 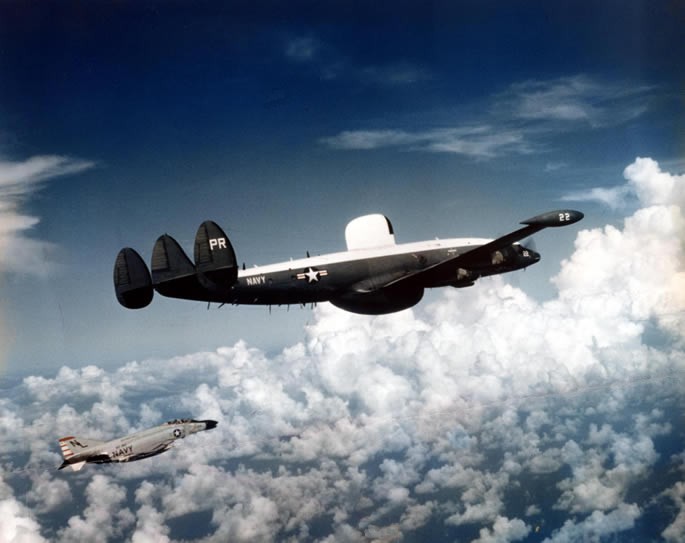 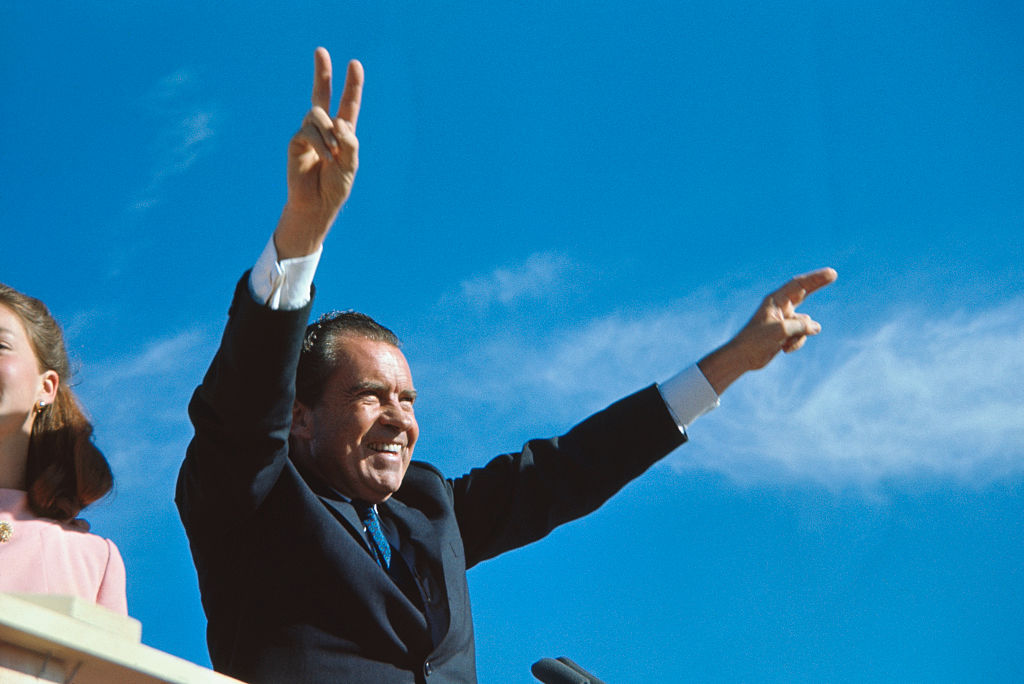 "The Joint Chiefs were alerted and asked to recommend targets, but [National Security Advisor Henry] Kissinger got on the phone to them. They agreed not to do anything until Nixon sobered up in the morning."

Bruce Charles, a US fighter pilot based in South Korea at the time, says he was put on alert to strike his target – an airstrip in North Korea.

His F-4 jet was armed with a B61 nuclear bomb, with a yield of about 330 kilotons, or 20 times the Hiroshima bomb. 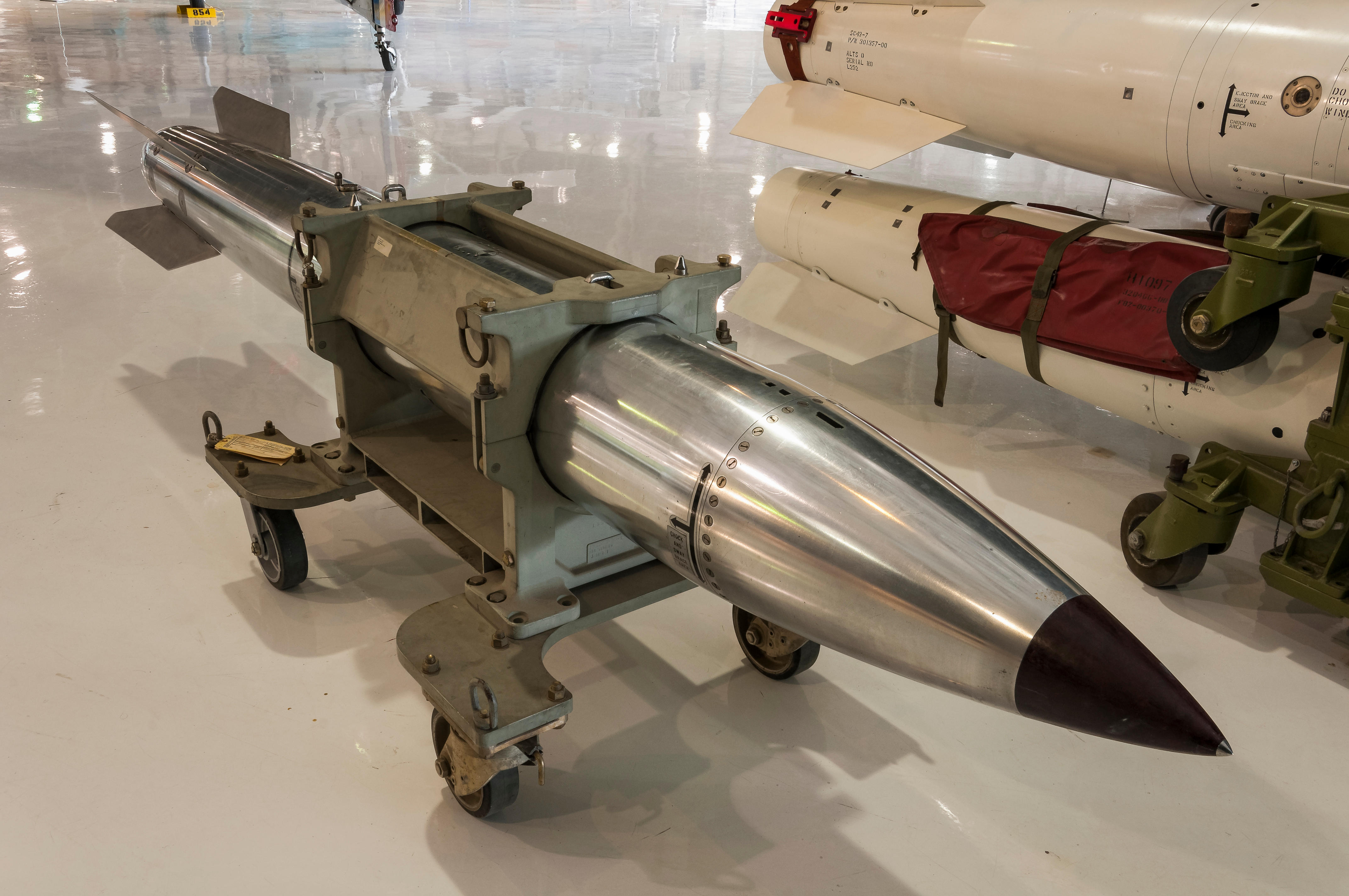 But a few hours later he was told to stand down.

"The order to stand down was just about dusk, and it was not a certainty," Charles told NPR.

"The colonel said, 'It looks like from the messages I'm getting, we will not do this today. I do not know about tomorrow.'"

Thankfully, the order to strike never came, and the US didn't end up retaliating for the spy plane shootdown at all.

And in one extreme case, a single Soviet soldier may have averted the end of the world by refusing to carry out his strict orders.

On 26 September 1983, Stanislav Petrov was the duty officer at Serpukhov-15, a secret command centre outside of Moscow where the Soviets monitored early-warning satellites over the US.

In the early hours of the morning, alarms went off. 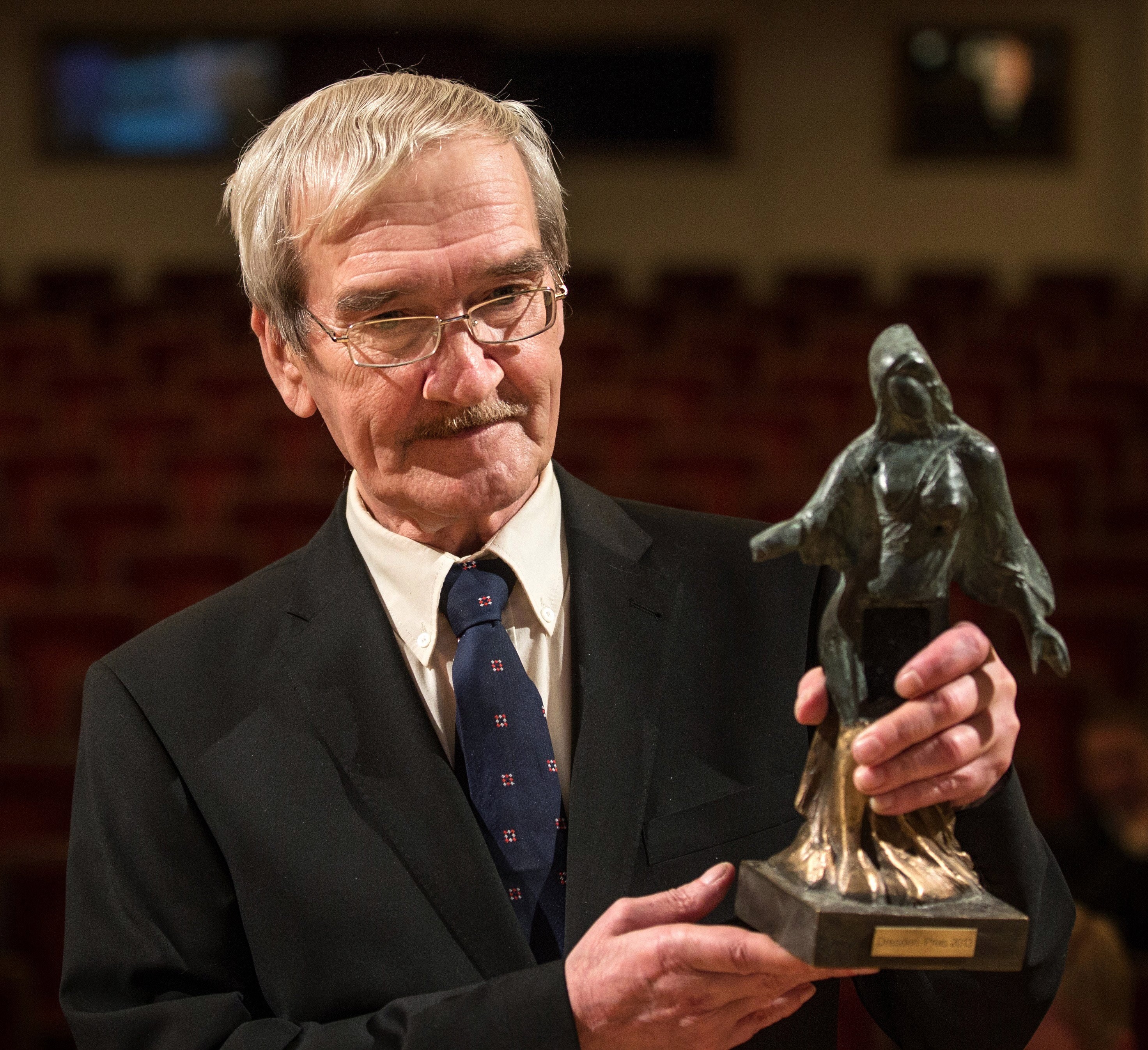 Computers told Petrov that five Minutemen intercontinental ballistic missiles (ICBMs) had been launched by the US.

His job was to inform his superiors, who would have almost certainly launched a retaliatory nuclear strike.

But Petrov decided that the purported launches were probably a false alarm, even though they came at one of the most feverishly tense moments of the Cold War.

"The siren howled, but I just sat there for a few seconds, staring at the big, back-lit, red screen with the word 'launch' on it," Petrov told the BBC. 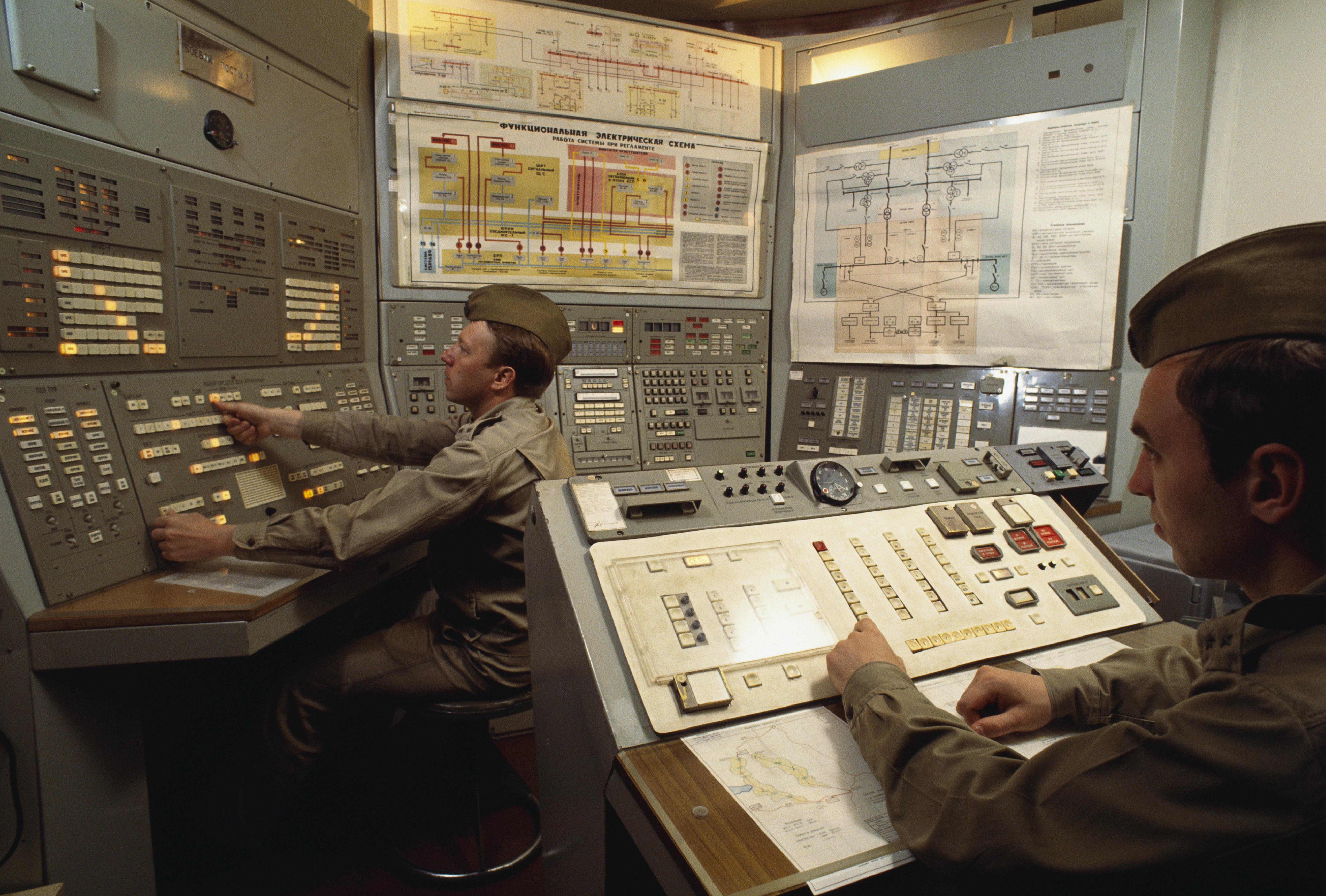 He thought the small number of missiles launched, and the fact that a group of satellite radar operators said they hadn't detected the ICBMs, made it more likely that the computer was making an error to be so certain.

If he was wrong, the explosions would've hit within minutes – but they never came.

It was later revealed that a rare sunlight effect on high altitude clouds was to blame for the warning system's mistake.

Stanislav thinks that anyone else on his shift would have made the call to superiors – but he didn't consider his unusual actions heroic.

"That was my job", he said. "But they were lucky it was me on shift that night."

'near-, calls, Close, nuke, That, the
World News