Home » World News » The Queen has died. Here’s everything that happens next.

The Queen has died. Here’s everything that happens next.

The only monarch most of us have ever known has died. What happens next?

For all of Britain, and much of the Commonwealth, the world has stopped. The only monarch most of us have ever known has died. The Palace has been preparing for this moment for many years. And yet, what happens to her now – and what implications those details have for the rest of us – has long been shrouded in secret.

Although 304,000 people queued for more than six kilometres in London to see the coffin of Queen Elizabeth II’s father, King George VI, in Westminster Hall when he died in 1952, news of his death was first conveyed with a code word – “Hyde Park Corner” – to prevent switchboard operators from finding out.

What will happen now? 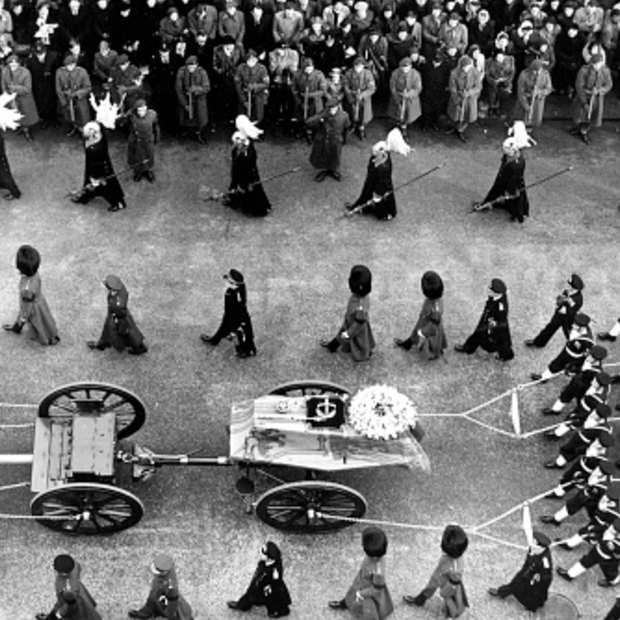 The coffin of King George VI passes through Picadilly on its way to Paddington Station en route to Windsor, in 1952.Credit:Getty Images

The Queen is dead. What next?

The plans varied slightly depending on where the Queen died. There was one plan if she died in London, and another if she died in Balmoral in Scotland, where she spent three months of the year.

The Balmoral plan is known as Operation Unicorn, and even its name was kept secret until some details were revealed in the Scottish media in 2019. Scottish Parliament will be suspended, and the Queen’s body will rest in Holyroodhouse, the royal palace in Edinburgh.

It will then be taken to St Giles’ Cathedral on the Royal Mile, before being transferred to the Royal Train at Waverley station to make the journey south to London.

The London plan, known as Operation London Bridge, has been detailed more thoroughly in public. The operation governing what happens in the days following Elizabeth’s death – devised by the Palace, the government and the BBC – has many versions and will have been meticulously updated for the coronavirus pandemic.

Internally, the day of the Queen’s death is known as “D-Day” and each day following, leading up to the funeral, is referred to as “D+1,” “D+2” and so on.

British Prime Minister Liz Truss will have been one of the first to be informed of the Queen’s passing. She will be alerted with the words “London Bridge is down” by Her Majesty’s private secretary on a secure line.

Other senior ministers and officials will also be notified via email from the cabinet secretary. Upon receipt of this email, flags across Whitehall will be lowered to half-mast.

Simultaneously, a footman in mourning clothes will emerge from Buckingham Palace to pin a black-edged notice to the gate.

Within 15 minutes, the governments of countries where the Queen is head of state outside the United Kingdom will be informed of the news over a secure line, followed by the leaders of the other 36 Commonwealth nations.

The Queen’s death does not change the tenure or responsibilities of Australian Governor-General David Hurley, the Queen’s representative here, and arrangements will be made for him to travel to London, according to a spokesperson for the Office of the Official Secretary to the Governor-General, “as soon as is required and practicable”.

It is his responsibility to notify Prime Minister Anthony Albanese and the Australian public.

A newsflash to the Press Association will alert media around the world. All BBC shows will stop and the BBC will instead run a feed dedicated to the news. The traditional red BBC News branding will turn black. 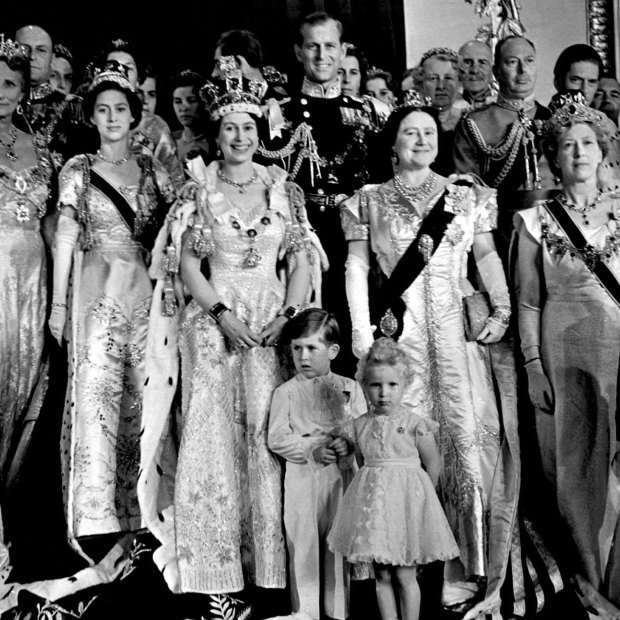 Queen Elizabeth II in her coronation robes with her sister Margaret (left of her), husband and mother (right), children Charles and Anne, and other family members in 1953.Credit:Getty Images

Upon the Queen’s death, Prince Charles becomes the next sovereign.

“The symbolic passing along of the sovereignty happens at the time of death,” says Dr Giselle Bastin, a Flinders University associate professor and British royalty specialist. “The sovereign has two bodies — they have their physical body, and then they have their sovereign body, the body politic. So, even though the physical body will go away and disintegrate, with one dead sovereign the notion of sovereignty passes onto the successor as a sacred, God-anointed act. The idea is that it’s passed on almost mystically.”

Tradition has it that the new sovereign’s siblings – in this case Princess Anne, Prince Andrew, Duke of York, and Prince Edward, Earl of Wessex – will kiss his hands.

The new king will meet with the Prime Minister, and then afterwards likely make a short statement. He will record his first proper message as sovereign, which will be broadcast in a global telecast at 6pm on the day the Queen dies.

The UK Prime Minister will then give a statement to the public, the Ministry of Defence will organise a gun salute, and the nation will participate in a minute’s silence.

A service will be held at St Paul’s Cathedral, in the heart of London, for the Prime Minister and a small number of senior ministers, with no royals in attendance. The king will then meet the Lord Chamberlain’s committee, the department within the royal household that is concerned with matters of protocol, funerals and other important matters. 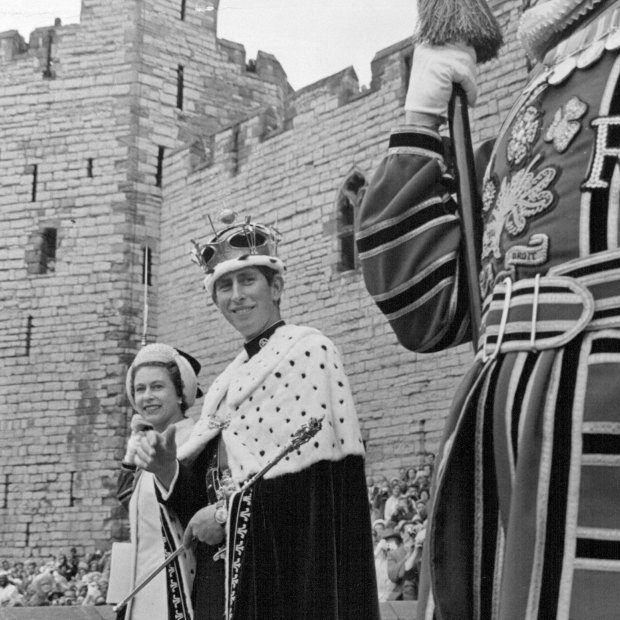 Charles with the Queen at his investiture as Prince of Wales at the ancient Caernarvon Castle in North Wales in 1969.Credit:Getty Images

So, he’s King Charles, then?

Not necessarily. Each sovereign chooses his or her own monarchical name. Traditionally, this would be the same as the first name they were given after their birth (as with King Edward VIII who was christened Edward, and so forth).

Sometimes, royal names have been chosen to garner favour. 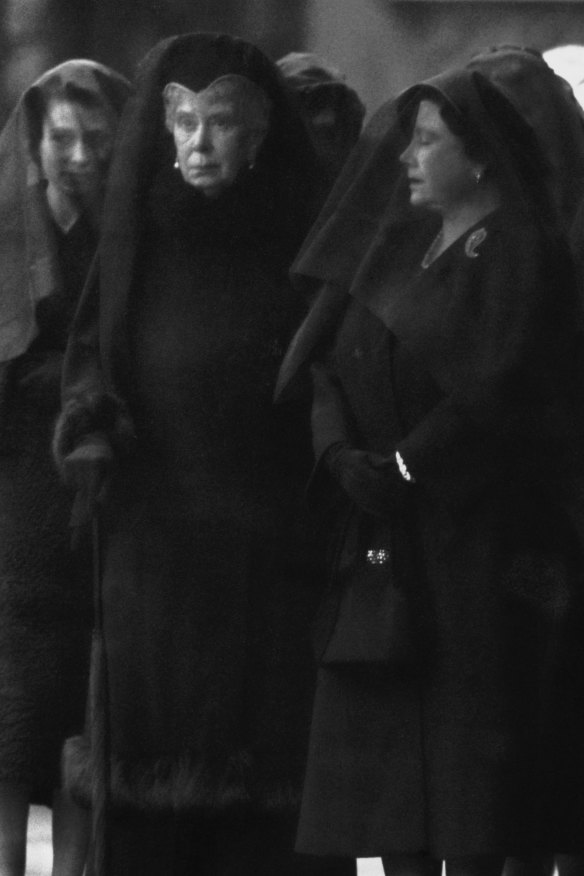 Elizabeth at the funeral of her father, King George VI, in 1952 with her grandmother, Queen Mary, and mother.Credit:Getty Images

What happens in the days following the Queen’s death?

At 10am on the day after the Queen’s death, known as D-Day+1, members of the Accession Council – an official body that includes senior government figures and members of the Privy Council – will proclaim Charles the new sovereign at St James’ Palace. Hundreds of privy counsellors, including the Prime Minister and senior ministers, will be asked to attend, and are expected to wear morning dress, with no decorations.

The proclamation will then be read at the Royal Exchange in the City of London, confirming Charles as king.

Parliament will meet to agree on a message of condolence. All other parliamentary business will be suspended for 10 days. Tributes in the House of Commons will begin.

The government will swear its allegiance to the sound of a 41-gun salute in Hyde Park, London. The BBC will refrain from playing comedy shows, as a sign of respect, until after the funeral.

Flags will go up to full mast.

The king will then move to Buckingham Palace, his new home, where the plan has been that he will greet members of the public outside the palace.

He will then return inside the palace to have his first audience with the cabinet, and meet opposition party leaders and the Archbishop of Canterbury.

Four days after the Queen’s death, her coffin will be led on a military procession, on a gun carriage, from Buckingham Palace to Westminster Hall. Members of the royal family will walk behind the gun carriage.

Big Ben will toll throughout the procession. The Archbishop of Canterbury will conduct a short service, after which the royal family will return to Buckingham Palace.

The Queen will lie in state for nine or 10 days after her death. The Crown jeweller will place a wreath of flowers and the Imperial State Crown on her coffin. King Charles, family and dignitaries will pay their respects.

Her coffin will lie on a raised box known as a catafalque in the middle of Westminster Hall, which is expected to be open to the public 23 hours a day, with the queue likely to start on the other side of the River Thames.

Within days following the Queen’s death, the Australian Governor-General will approve proclamation of the new Sovereign of Australia in Federal Executive Council and will read that proclamation at Parliament House.

According to the 2018 Buckingham Palace media briefing, the new king will begin a tour of the UK on the afternoon of the third day after the Queen’s death, beginning with a visit to Scottish Parliament, and later moving to Northern Ireland.

The new king is expected to announce his new monarchical name nine days after the Queen’s death. 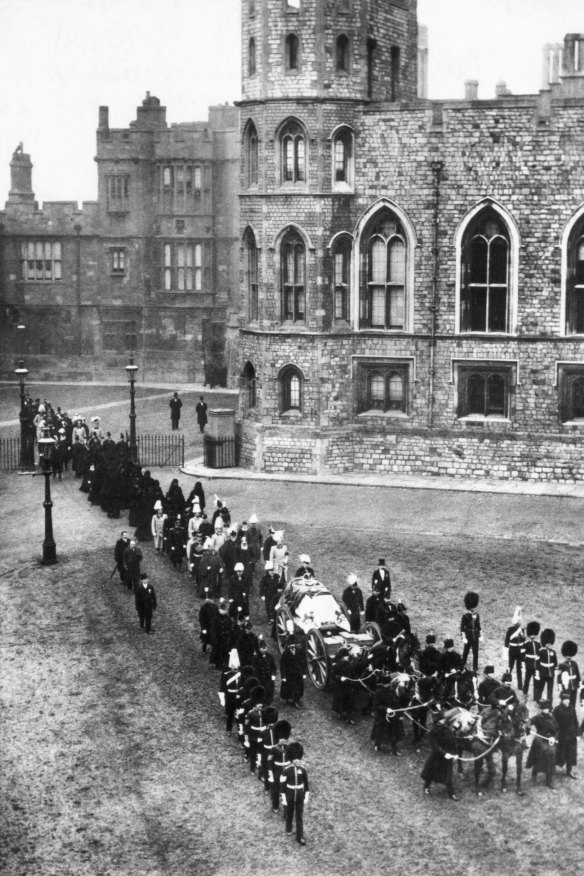 What form does the funeral take?

It will take place an estimated 10 days after the Queen’s death. At 11am sharp, the bells of Big Ben will chime, and London will likely experience a glassy silence unlike many of its residents have ever heard before.

“There was no noise, no talking,” says Bastin, about George VI’s funeral. “People were silent because of that respect for the coffin as it passed. And it was similar with [Princess] Diana’s funeral in 1997. People are just awed into a kind of silence.”

The Queen’s coffin will, in all likelihood, be brought inside Westminster Abbey. “It could be St George’s Chapel, or Westminster Abbey or St Paul’s,” says Bastin, referring to churches used for royal services. “They may decide according to how many people they can get in, in terms of spacing.”

The Australian Governor-General is expected to attend the funeral.

After the service, the coffin will be taken to Windsor Castle and then, finally, to St George’s Chapel, where the Queen will likely be laid to rest next to her father, King George VI.

When will Charles’ coronation take place?

It will likely happen within a year of the Queen’s funeral. After this, new British currency, stamps, passports and police and military uniforms will be created to incorporate the king’s portrait. Elizabeth was granted one year of mourning following the death of her father in 1952. In June 1953, she was officially crowned Queen of England. 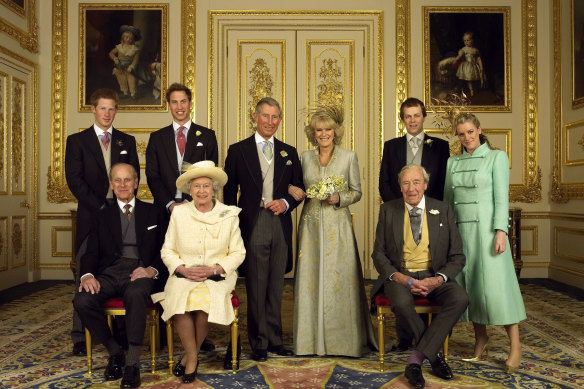 The Prince of Wales and Camilla, Duchess of Cornwall are married in 2005. Credit:AP

Does this make Camilla the Queen?

Although Camilla, Duchess of Cornwall, has been a working member of the royal family since her marriage to Charles in 2005, she will not become queen.

It’s been a matter of discussion for years as to what her title will become.

The wife of a king is usually known as queen consort. But in 2020, a spokesperson from Clarence House, where the couple live, announced that Camilla would become known as princess consort.

“We’ll still be a constitutional monarchy, and whether or not Australia chooses to keep him on will be the big question,” says Bastin of Charles. “People for the republican side have always argued the time to make the change will be when Elizabeth II moves on, as it were. Certainly, we’ll see the discussions rev up again.”