The secret archive of ‘Britain’s bravest spy’ in World War Two has been unveiled for auction – 77 years after his execution by the Nazis.

Major Francis Suttill, a criminal barrister before the war, built an underground resistance army in Nazi-occupied Europe after being parachuted behind enemy lines.

The Special Operations Executive (SOE) operative recruited hundreds of men and women to his top-secret network from his base in Paris.

SOE agents risked their lives behind enemy lines, spying on the Germans, carrying out daring acts of sabotage and arming resistance groups.

The success of Prosper made him a number one target for the Gestapo who ruthlessly hunted him down. 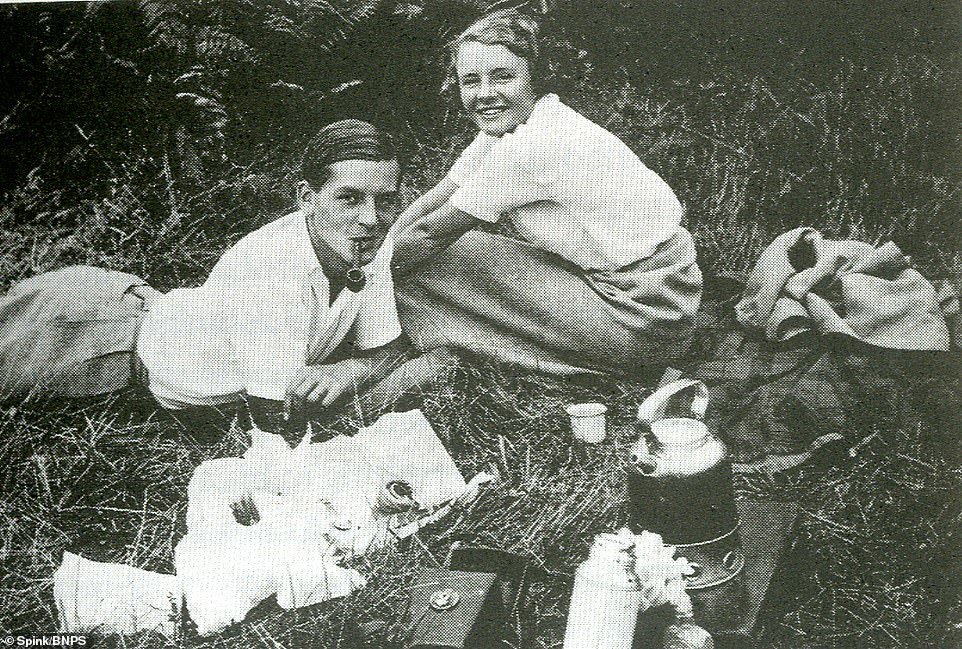 Major Francis Suttill, a criminal barrister before the war, built an underground resistance army in Nazi-occupied Europe after being parachuted behind enemy lines 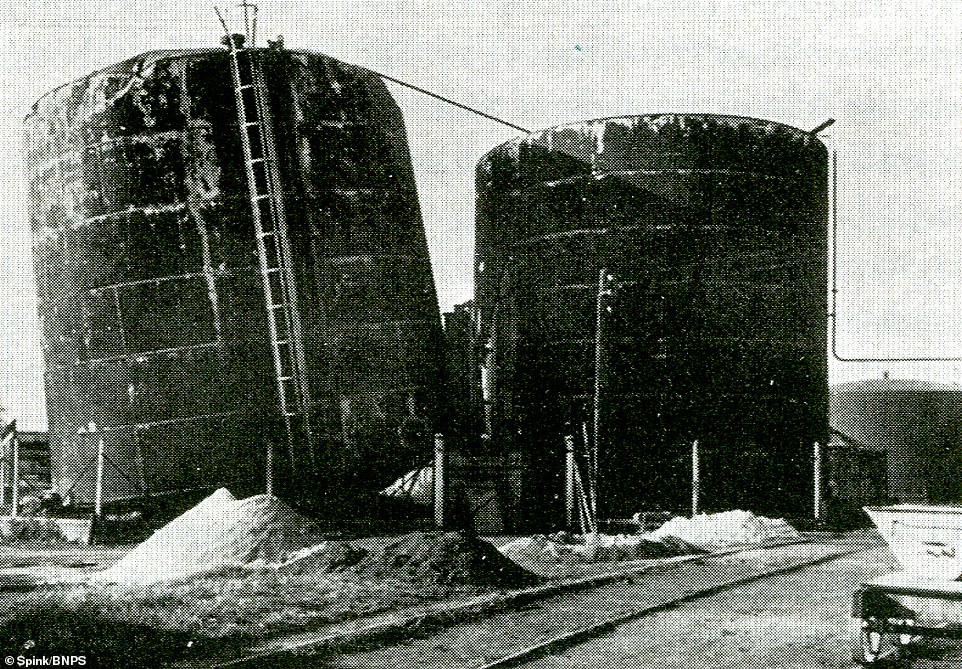 The Prosper spy network destroyed thousands of litres of Nazi aviation fuel, used for planes involved in the Blitz campaign against Britain 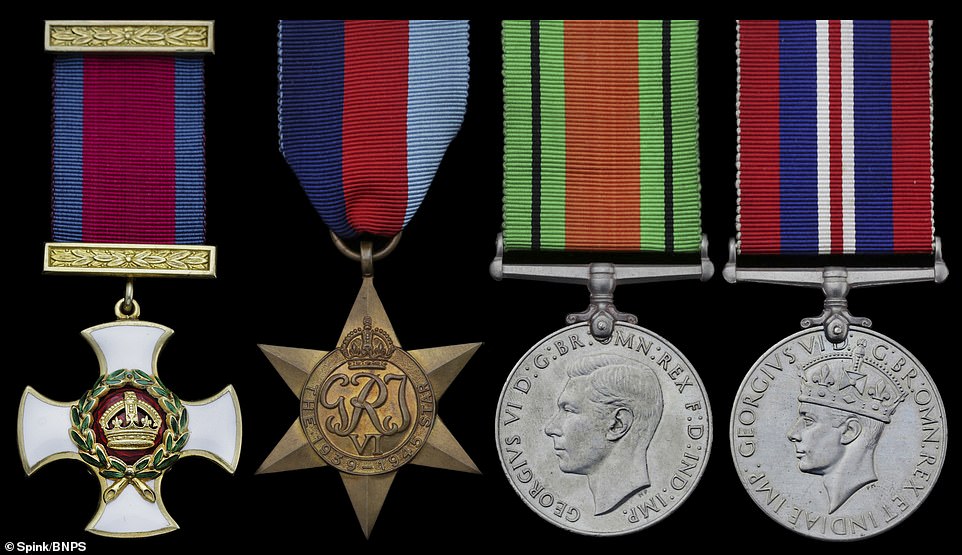 Francis Suttill’s war medals, left to right: The Distinguished Service Order, The 1939-1945 Star, The Defence Medal and The War Medal

He was eventually captured in 1943 and later executed after enduring months of torture at the Sachsenhausen Concentration Camp.

Maj Suttill was executed by the Nazis in March 1945.

Now a remarkable trove of his bravery medals, letters to his wife, and personal effects are being sold by his son, Francis Suttill Jr, who has preserved them for decades.

The collection also includes a wartime supply canister that contained weapons and ammunition that was dropped by the British for Maj Suttill’s network.

It was delivered to a farmer in Langlochere, near Paris, and kept for years by his son who used it as a bucket.

Decades later he offered it as a souvenir to Mr Suttill who had it expertly restored on BBC’s The Repair Shop in 2020.

The archive, which has never been released to the public, is tipped to sell for £70,000 at London-based auctioneers Spink.

It includes his ‘historically important’ medal set which consists of a Distinguished Service Order, a 1939-1949 Star, and Defence and War medals. 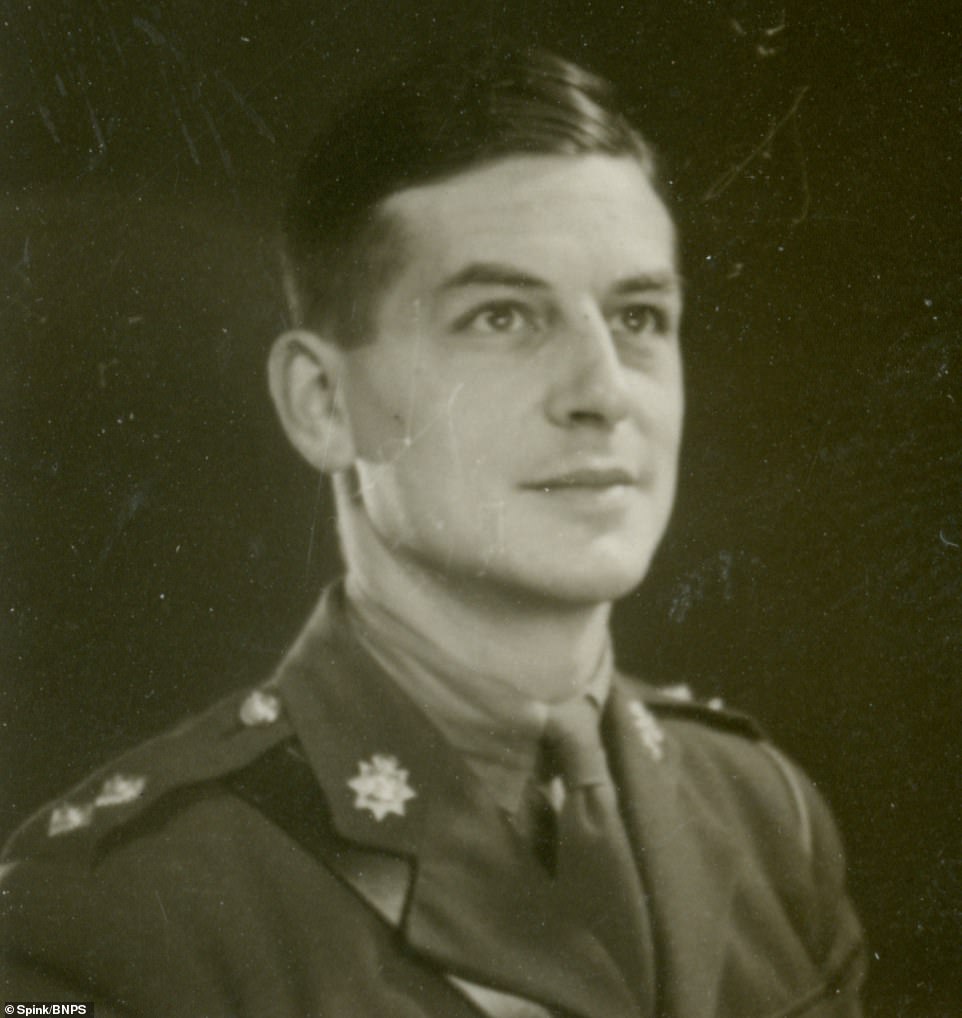 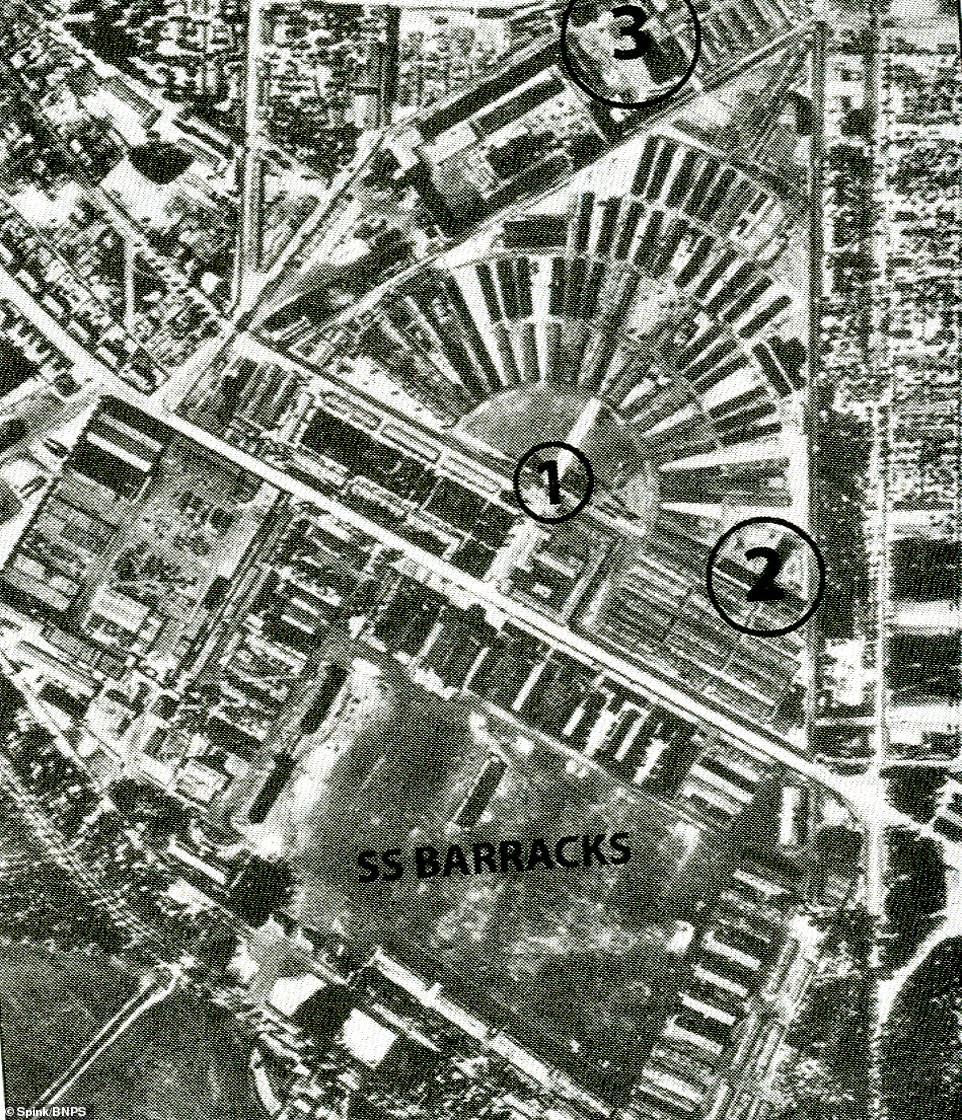 More than 100 previously unseen pictures of Maj Suttill will also be sold with the bundle as well as 16 poignant letters between him and his wife, Margaret.

Mr Suttill, from Herefordshire, said: ‘We felt as a family the time was right to pass the artefacts that represent the service of my late father onto their next custodian – and that this person or museum will further explore and promote his story.

‘We also hope that the sale might promote the work of the amazing men and women of the SOE who served shoulder-to-shoulder with my father in their highly dangerous and important missions in Nazi-occupied France.’

Marcus Budgen, specialist at Noonans, said: ‘The medals of Francis Suttill are without doubt of the highest national importance. He ranks as perhaps the most influential and successful male field agent for the SOE during the Second World War.

‘What makes this collection so unique is the massive and highly poignant archive of original letters, paperwork and other material, besides the fact it is being sold by his surviving son.

‘We have high hopes that it will be snapped up by a passionate collector or a national institution – as his story, service and ultimate sacrifice deserve it.’

Maj Suttill was born in France, to an English father, William, and a French mother, Blanche Marie-Louise Degrave.

He studied at Stonyhurst College, Lancs, and then read law at the University of Lille before returning to Britain where he worked as a barrister in London. 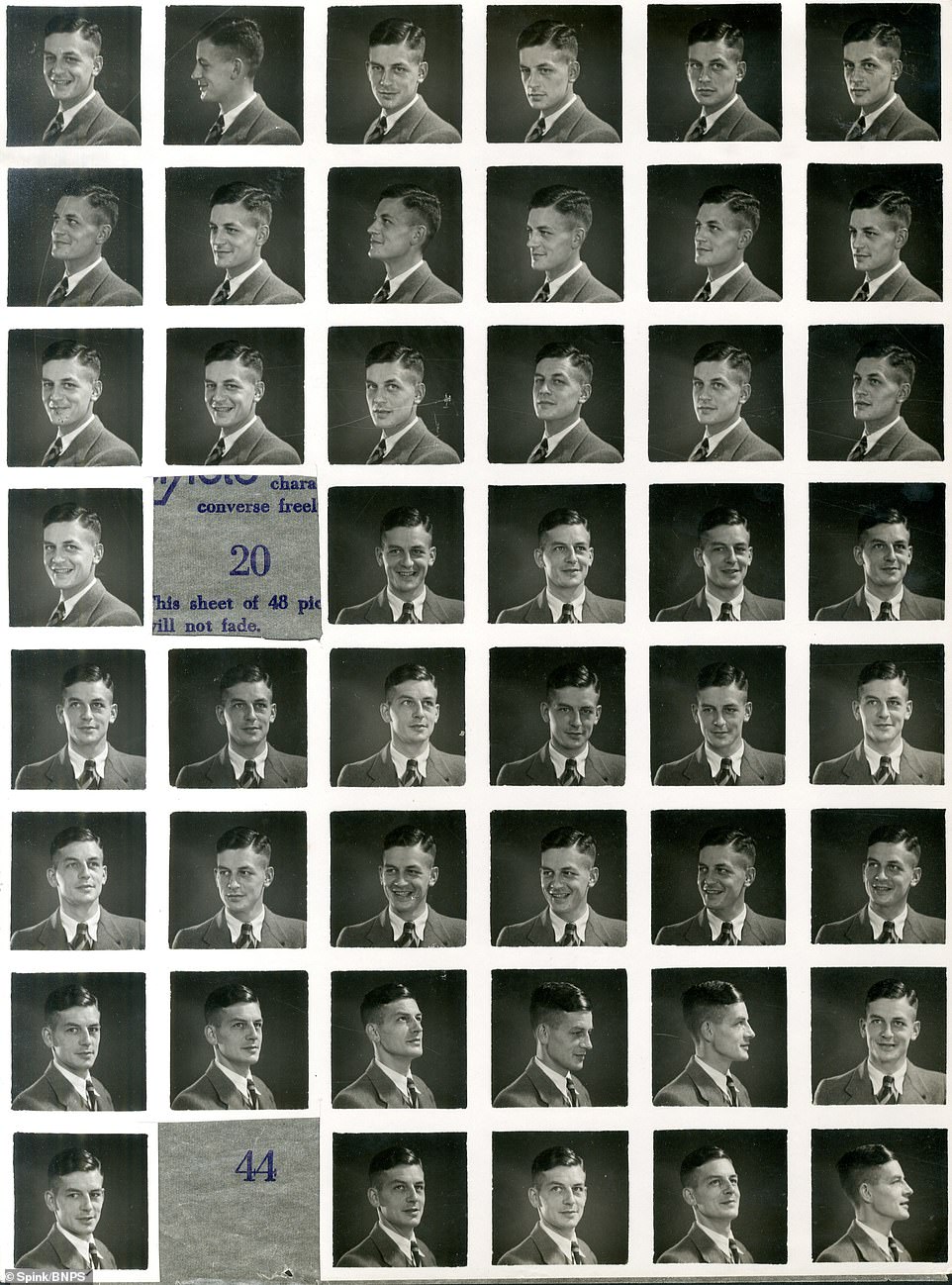 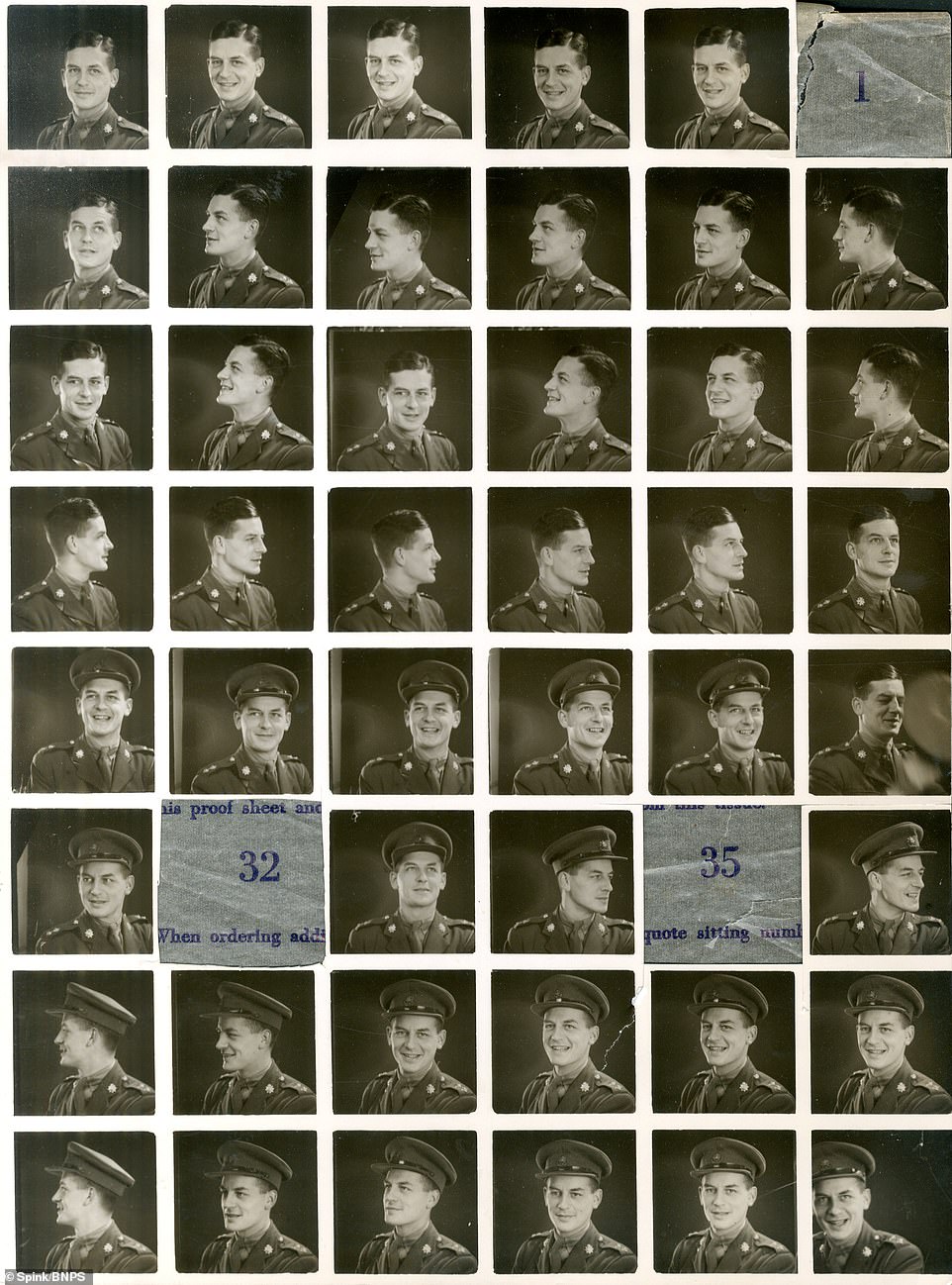 After joining the Army’s East Surrey Regiment, he was recruited by the Special Operations Executive for his notable talents 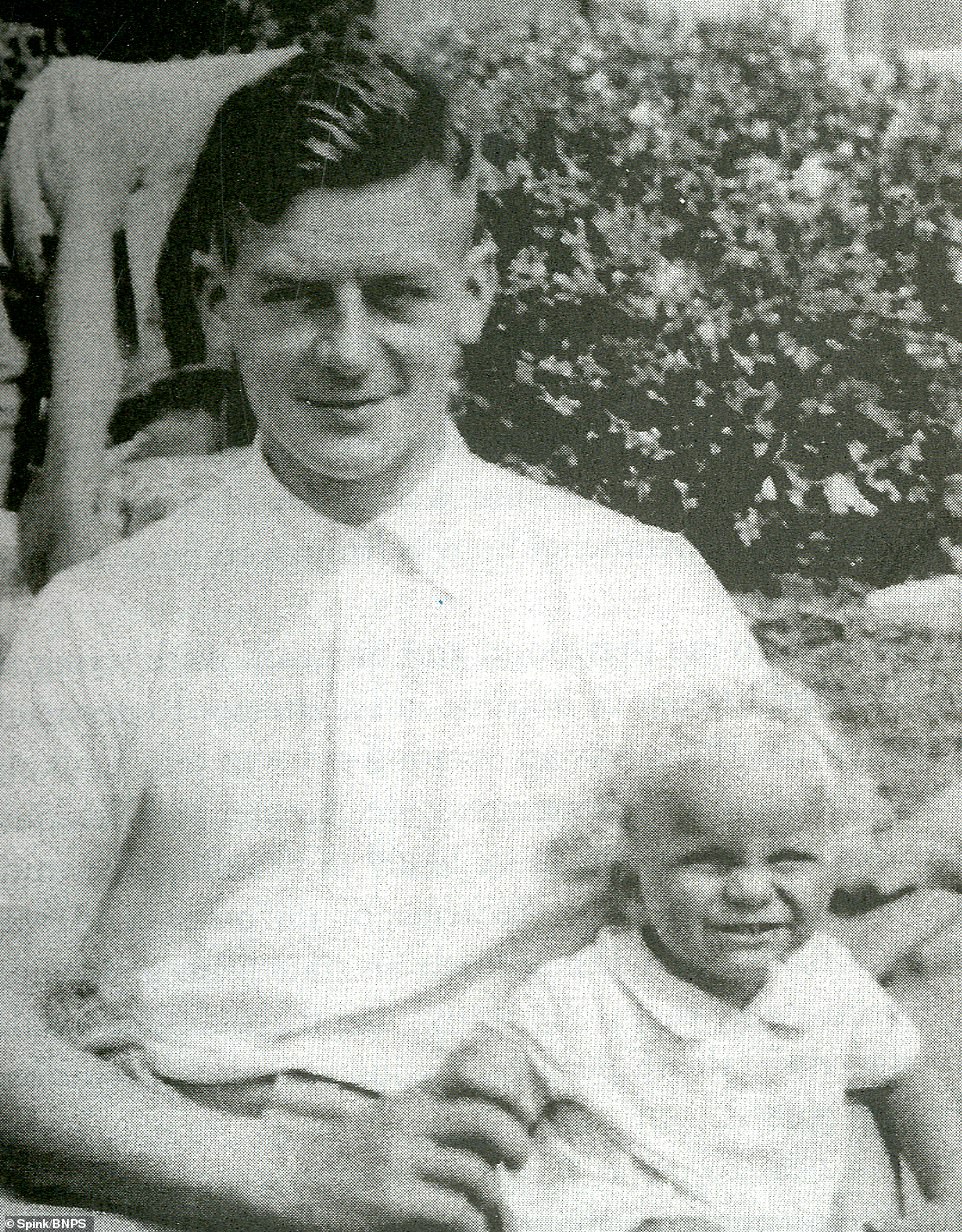 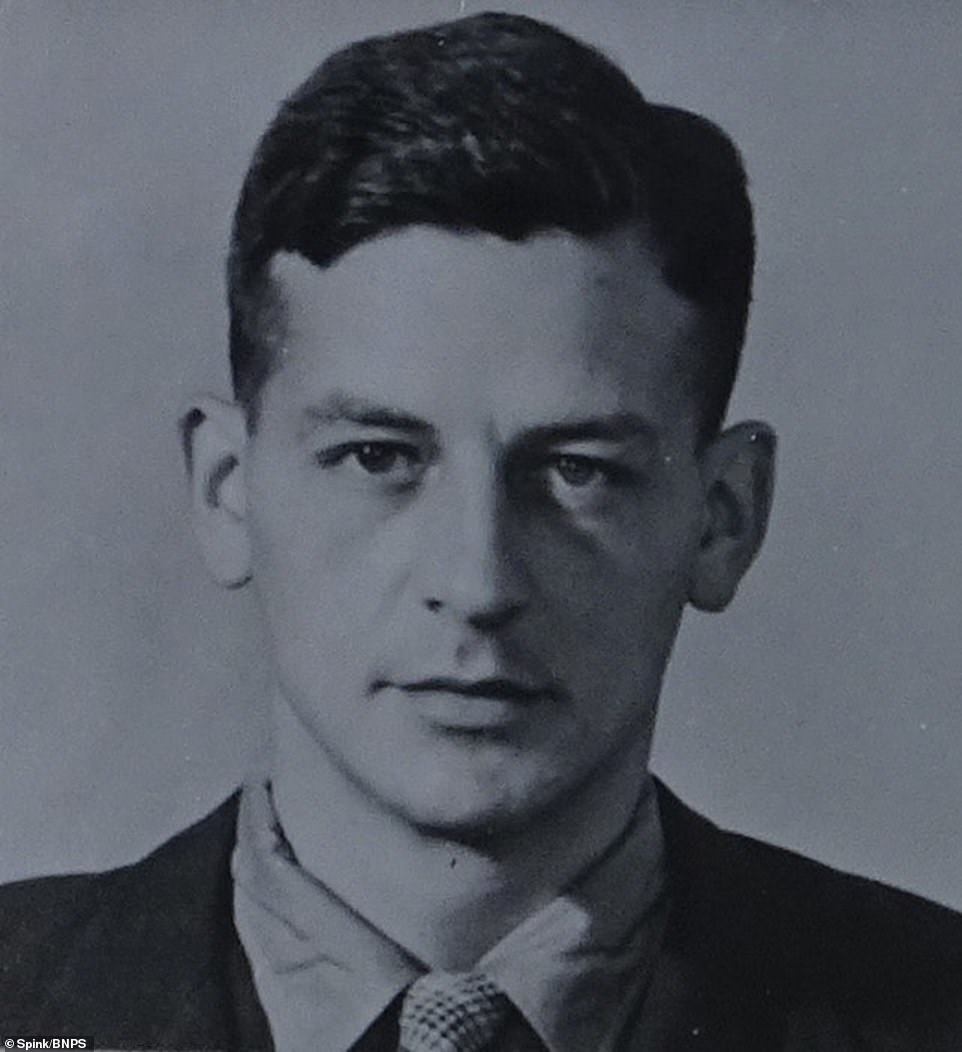 He was captured in 1943 after finally being caught by the Gestapo. Suttill was executed in 1945 after months of torture 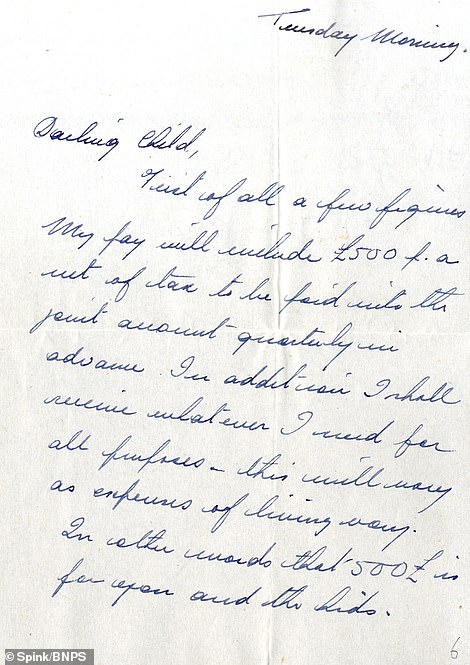 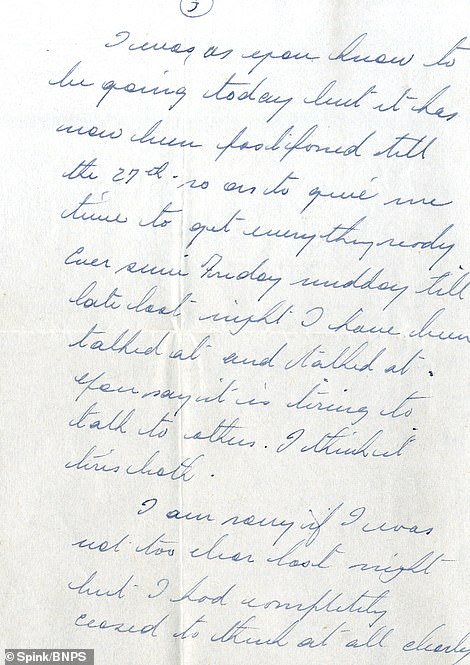 He married wife Margaret in 1935 and they had two sons.

After the outbreak of war he was commissioned as an officer into the East Surrey Regiment of the British Army and later recruited by SOE as he was ‘smarter than most’.

What was the Special Operations Executive?

Most of the sneaky espionage tactics used to outwit Brtiain’s opponents were devised by a division known as the Special Operations Executive (SOE).

Formed on July 22 1940 by Minister of Economic Warfare Hugh Dalton following cabinet approval, the SOE was largely kept top-secret and was also known as The Baker Street Irregulars, because of the location of its London office, and Churchill’s secret army.

The SOE operated in every nation in Europe and south-east Asia that was under the rule of an Axis power.

As well as the quirky inventions it came up with, the unit was also responsible for other key, more conventional items that were commonly used in the war.

One of these was a time pencil, which was a timer that allowed troops to detonate a bomb with a controlled delay to allow them to clear the area – timings typically ranged from 10 minutes to 24 hours.

The SOE commissioned several types of silent pistol, such as the Welrod, which were key for agents trying to keep a low profile.

They also produced two submarines, the Welman and Sleeping Beauty, to place charges on U-boats, but neither were successful.

After the war, the organisation was officially dissolved on 15 January 1946. A memorial to SOE’s agents was unveiled on the Albert Embankment by Lambeth Palace in London in October 2009.

Maj Suttill was tasked by the British to build a network of recruits around Paris due to his ‘remarkable personality and diplomacy’.

In a heartbreaking letter to Margaret he wrote on the eve of being dropped into France for the high-risk operation that would end in his death, he wrote: ‘Don’t worry – I shall have sandwiches and tea on the trip.

‘I have a marvellous job and an excellent team under my orders and I will do all that I can to make the thing a great success. Goodbye my Darling and thank you a thousand times for all the happiness you have always given and will always give me. I am the luckiest of men.’

In one of his final letters home before he was captured he wrote: ‘It seems ages now since I left you. I keep thinking of all the things I should have said to you.’

Maj Suttill was so successful that the Prosper network was said to run from the Ardennes in Belgium to France’s Atlantic coast.

He organised the delivery and distribution of hundreds of weapons and coordinated attacks on enemy supply lines and led several life-threatening missions himself.

Ultimately, the network grew so big it became easy for the Gestapo to infiltrate it.

In June 1943, a dozen Gestapo agents swarmed and arrested key members of Prosper at their headquarters in Paris.

While Maj Suttill put up a ‘heroic fight’ he was badly beaten and arrested before being imprisoned at Sachsenhausen in Germany.

He was placed in solitary confinement in a 7ft by 5ft ‘death cell’, where he slowly starved.

It is thought that Maj Suttill was executed on March 23, 1945, by either being hanged or shot, just weeks before the war ended in Europe. His body was never recovered.

Some 30 SOE agents from his network were also executed along with hundreds of French civilians who collaborated with them.

Major-General Colin Gubbins, who organised Prosper from London, recommended Maj Suttill for a posthumous DSO in 1945.

In his recommendation, he stated that in his nine months of operating, Major Suttill built one of the most ‘powerful circuits in France’ and inspired his recruits by his ‘remarkable personal courage.’

He went on: ‘The achievements he attained were quite unparalleled in that period.

‘A magnificent leader, he was an inspiration and an example to all who worked with him.

‘He showed outstanding bravery and self-sacrifice and never failed to carry out personally the most dangerous tasks’.

A small stone pebble, taken by Maj Suttill’s son from his father’s cell in Sachenhausen after the war, will also be sold in the collection.

Mr Suttill, who was aged two when his father left for France, will sell the archive at Spinks on Friday. 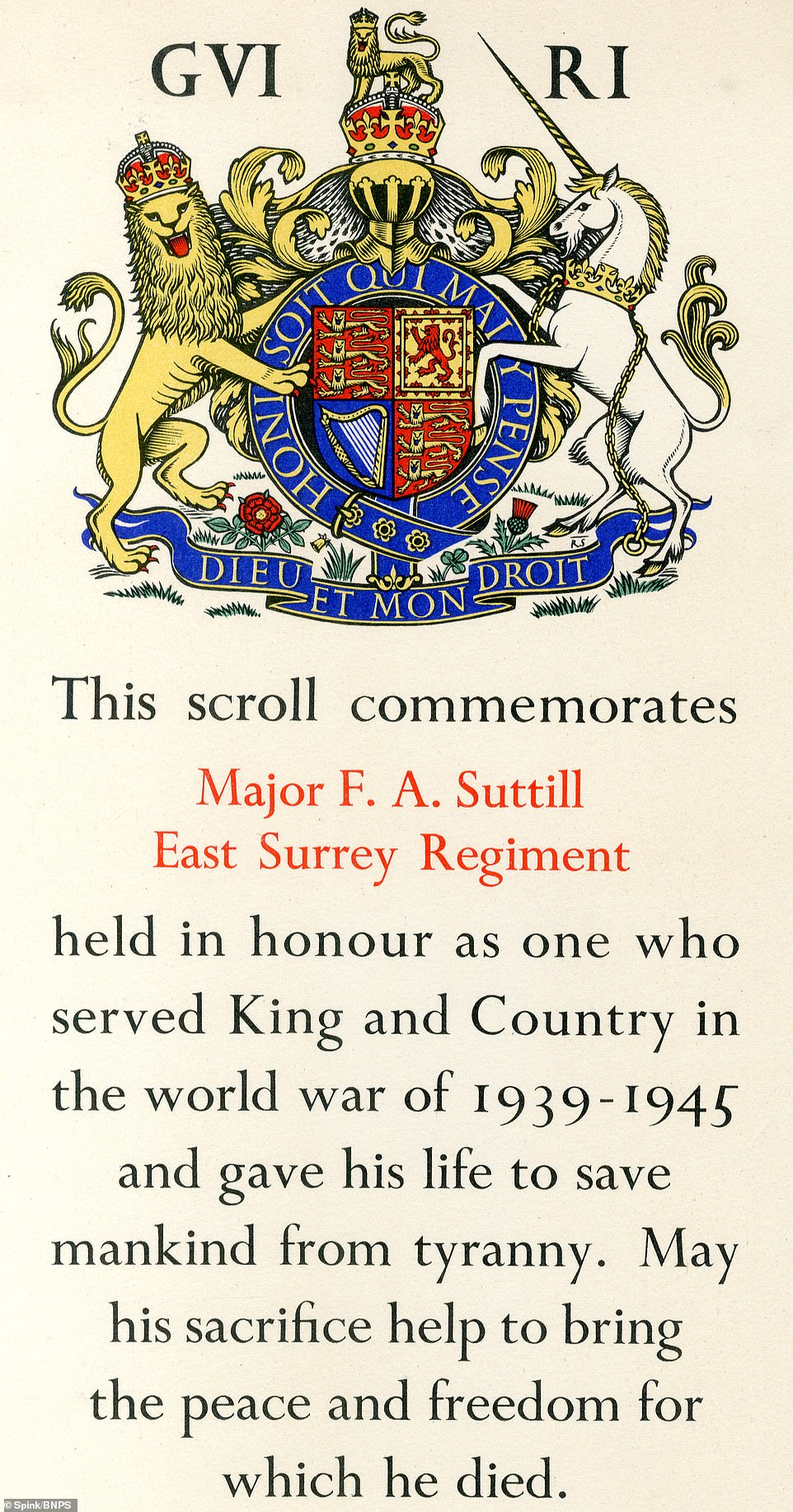 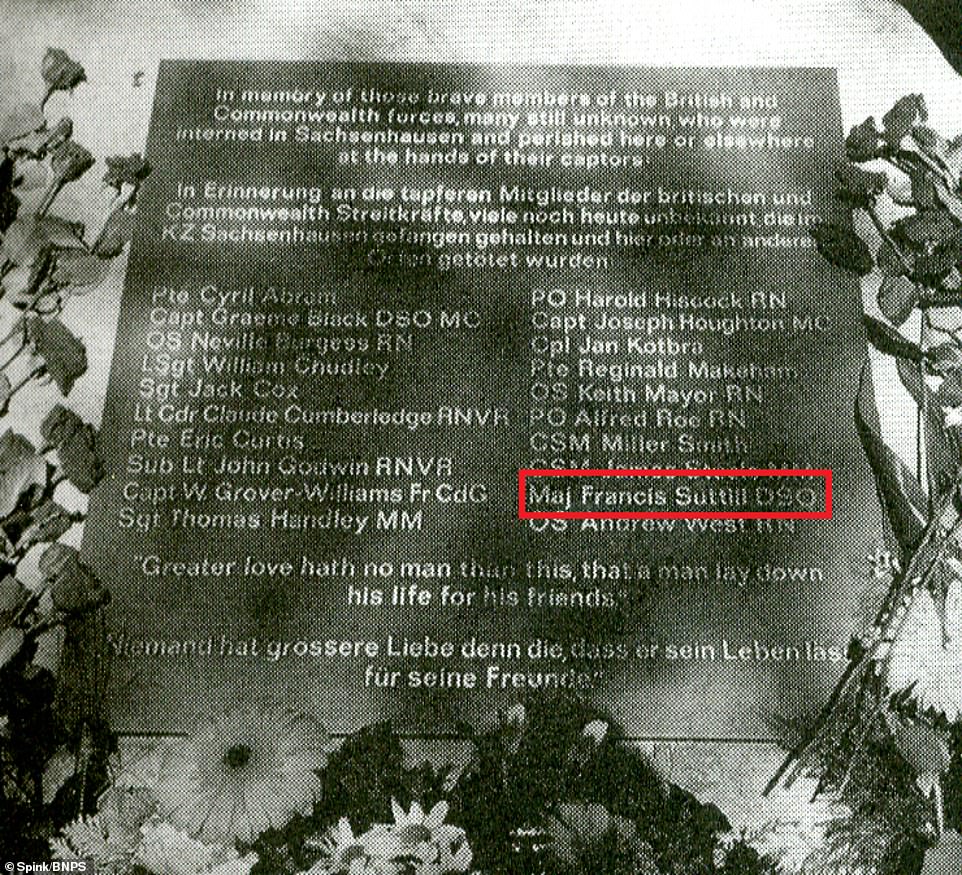 Maj Suttill’s name is engraved on a memorial Sachsenhausen concentration camp, where he was a prisoner for two years before he was executed 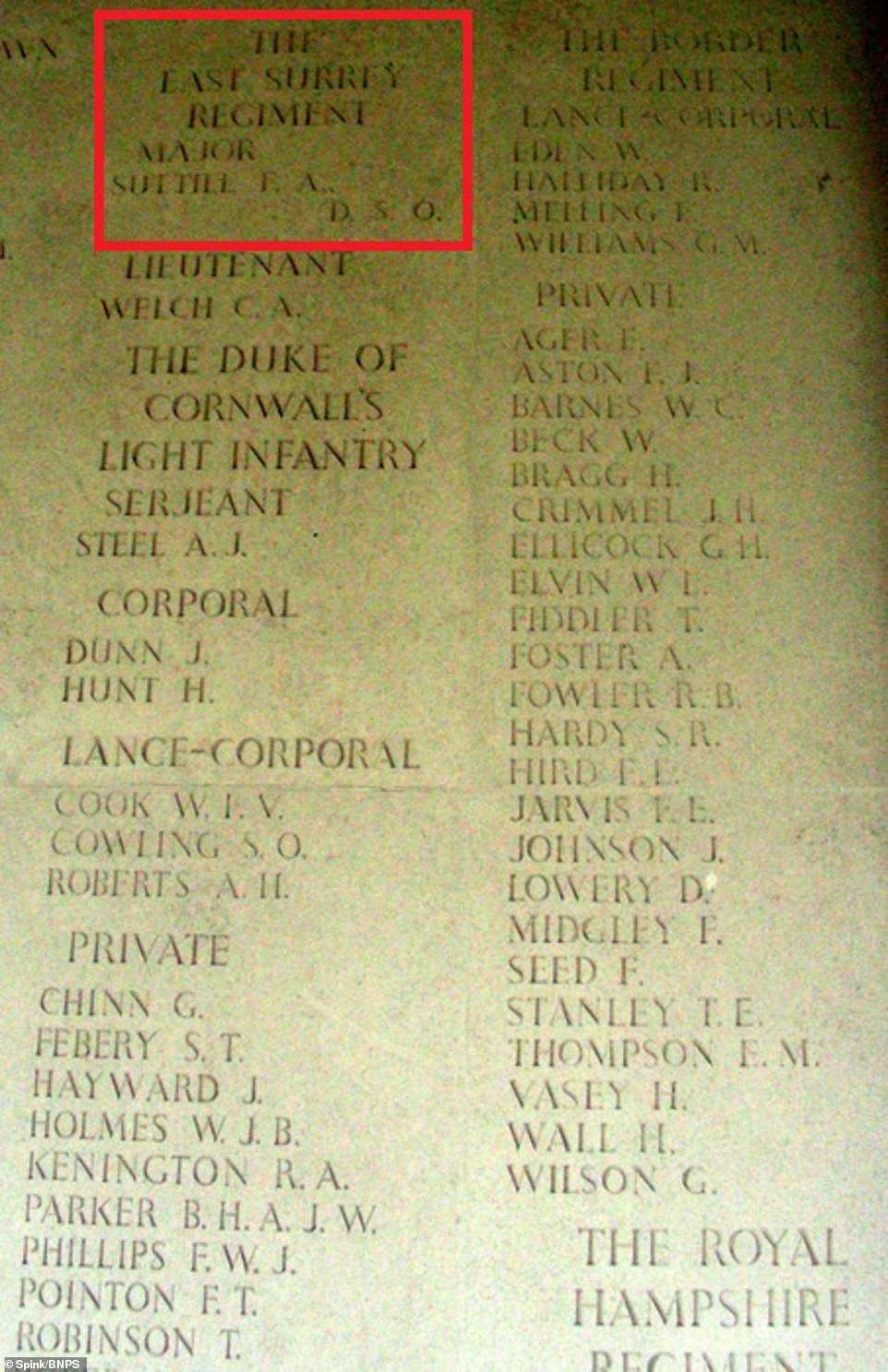 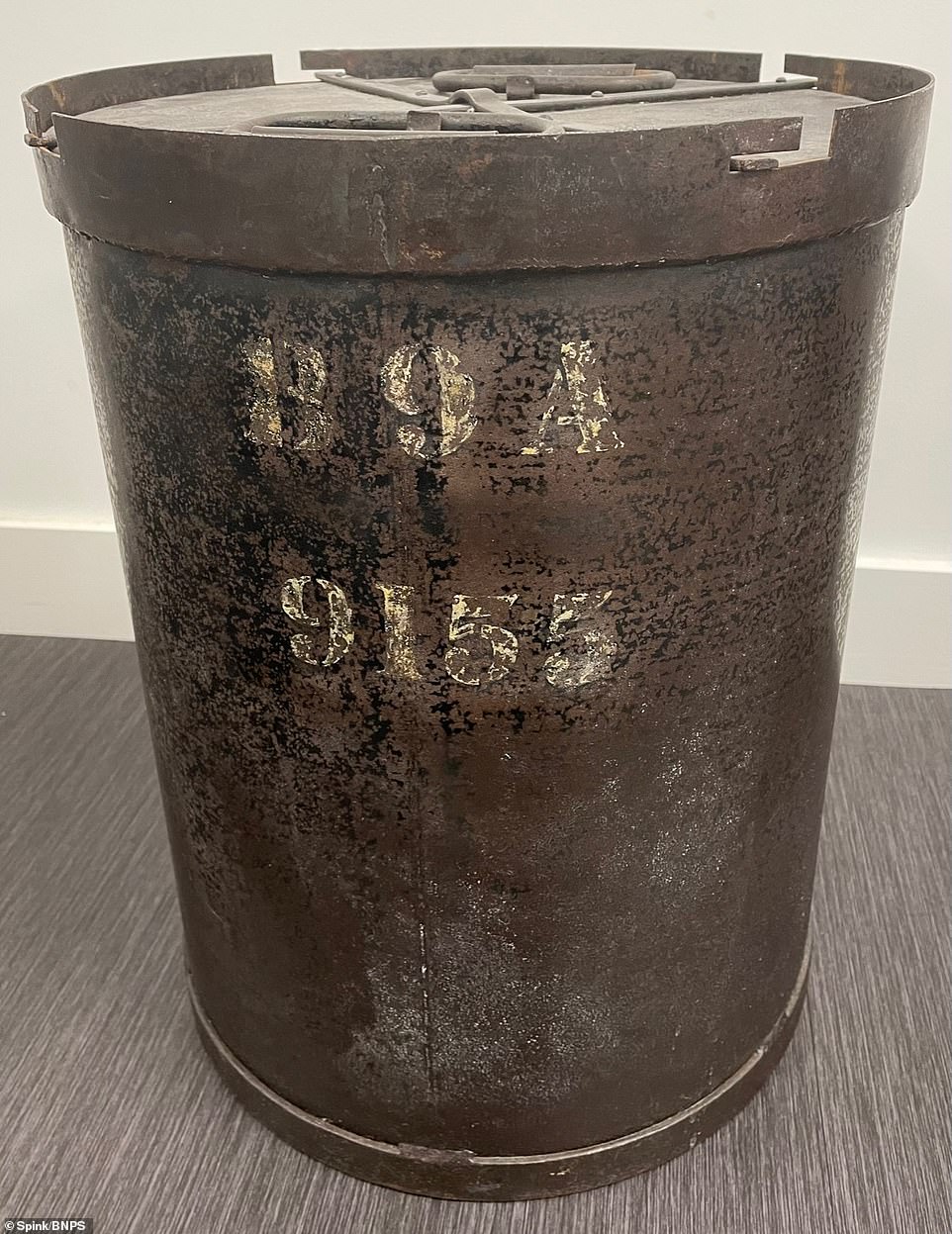 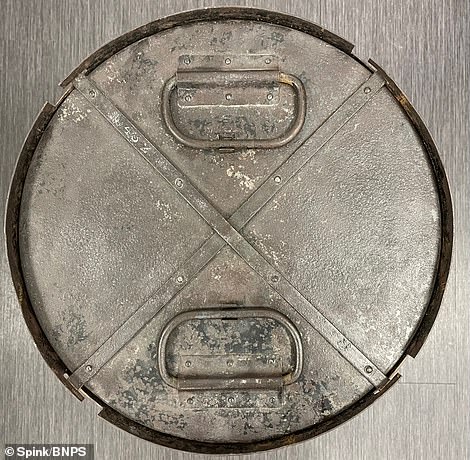 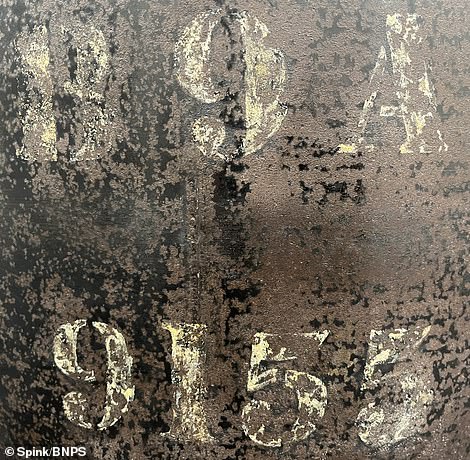 The archive, which has never been released to the public, is tipped to sell for £70,000 at London-based auctioneers Spink 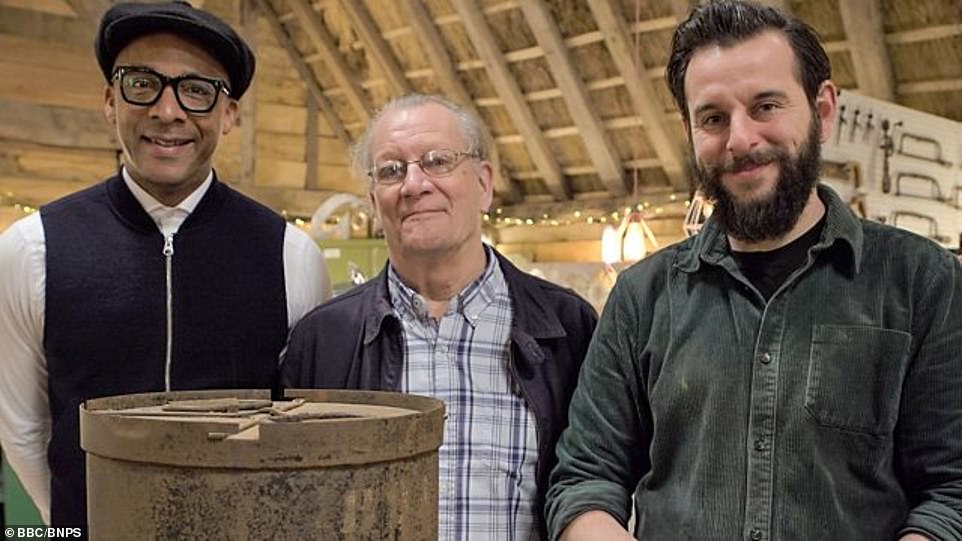 Decades later the barrel was offered to Francis Suttill Jr (centre), who had it expertly restored on BBC’s The Repair Shop in 2020 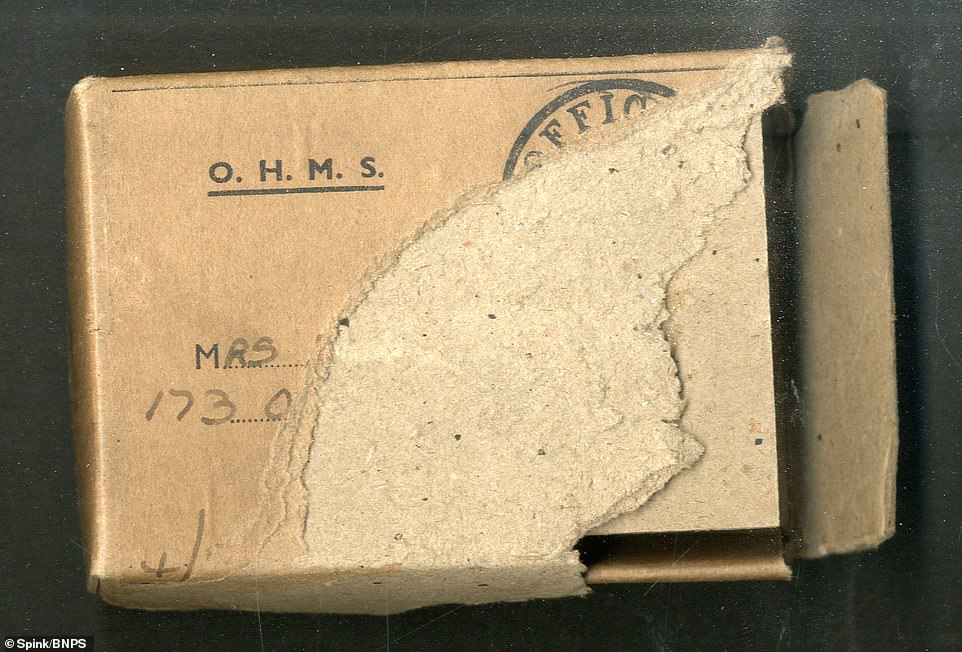 This On His Majesty’s Service (O.H.M.S) box was used to deliver Maj Suttill’s medals to his wife Margaret after his death