A CAR thief reversed a stolen Range Rover owner onto a Volkswagen Golf after he was chased by the furious owners. 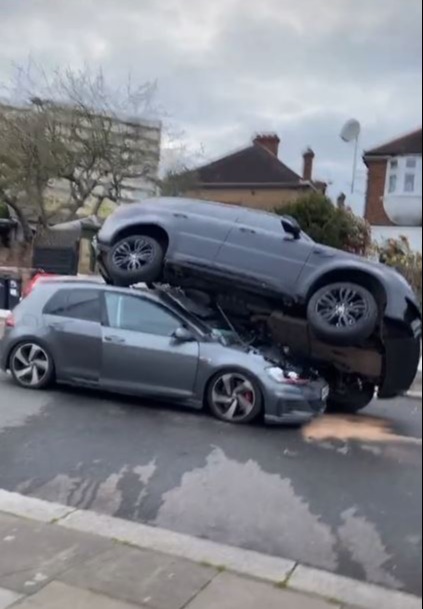 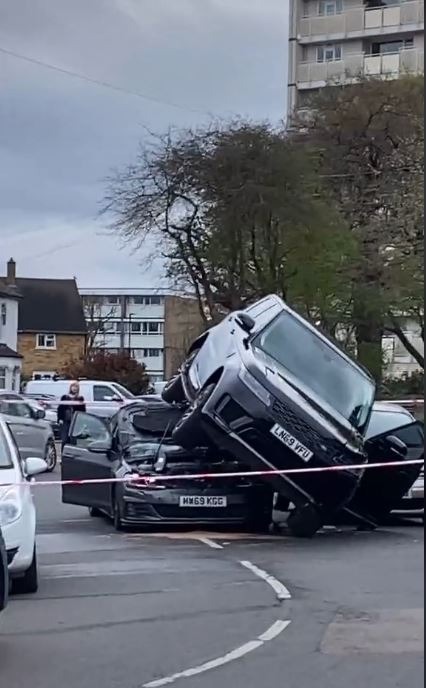 Pictures posted online show the Volkswagen Golf GTI  parked on the road, with the Range Rover stacked on top of at an angle.

Witnesses claim the GTI and Range Rover were both owned by the same couple.

It is said the couple chased the car thief, who then reversed onto them in attempt to escape.

A neighbourhood watch statement said the Range Rover was stolen from the Trent Park area where it was being cleaned.

The car’s tracking system was activated and tracked by its owners to Brigadier Hill. 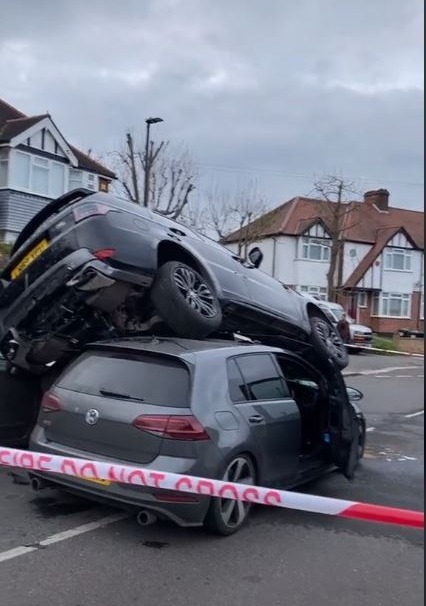 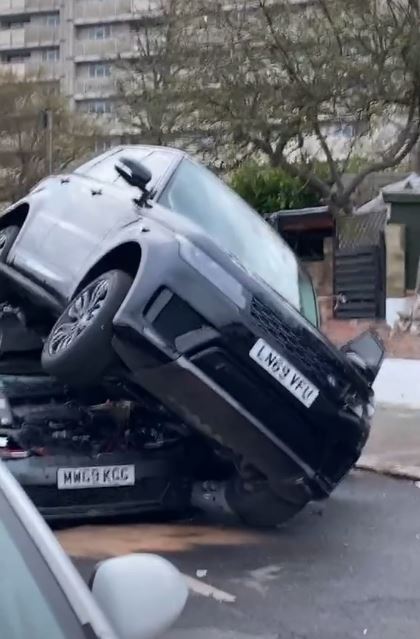 The owner had contacted the police on the way to the location.

The suspect then panicked and attempted to escape the scene, reversing the stolen car onto a Volkswagen Golf.

He then fled the scene, running towards Hilly Fields.

Social media comments suggest the man was chased by the car owners on foot before he was arrested.

Locals have commented on the shocking pictures, telling others in the area to be cautious of car theifs.

One women wrote: “Anyone with a black range/Land Rover keep it locked up safe .. our family member had theirs stolen yesterday off their drive in Cheshunt.”

Another man said: “Friend of mine lost a black range rover off their drive too. Enfield few weeks ago”.

Did you see this incident take place? Let us know!