This Day in History: Feb. 5 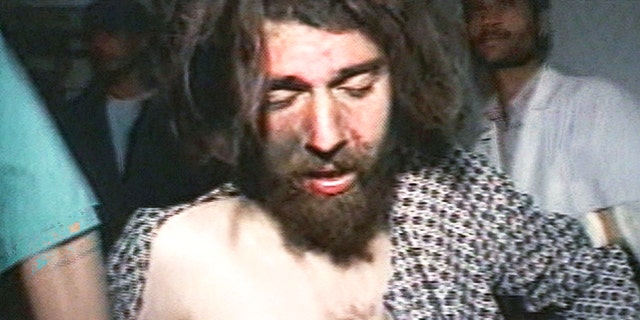 SHEBERGHAN, AFG – DECEMBER 2: The American Taliban soldier John Walker-Lindh is treated at an Army hospital on December 2, 2001 in Sheberghan, Afghanistan. In a deal with prosecutors Lindh pleaded guilty on July 15, 2002 to two felonies: providing services to the Taliban and for carrying explosives during the commitment of a felony. Lindh is expected to serve 20 years in prison. (Photo by CNN via Getty Images)

2002: A federal grand jury in Alexandria, Va., indicts John Walker Lindh on 10 charges, alleging he was trained by Usama bin Laden’s terror network and then conspired with the Taliban to kill Americans. (Lindh later would plead guilty to lesser offenses and would be sentenced to 20 years in federal prison.)