Home » World News » ‘This is a life sentence’: Sydney businessman jailed in Iraq and fined $12 million

‘This is a life sentence’: Sydney businessman jailed in Iraq and fined $12 million

A Sydney man arrested in Iraq over a dispute between his employer and the Iraq Central Bank has been sentenced to five years’ prison and fined $12 million.

Robert Pether, who had been working for an engineering company on the new bank headquarters in Baghdad for the past four years, was arrested in Iraq on April 7, about a week after he entered the country. 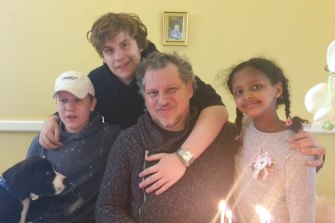 Robert Pether, who has been detained in Iraq since April, pictured with his three children.

His wife, Desree Pether, said he was tricked into entering the country by the Iraq Central Bank, which was locked in a contractual dispute with his Dubai-based employer CME Consulting.

“At this moment, I just spoke to him, and he said ‘this is a life sentence’,” she said.

“Because there’s no way they can raise $12 million and if it’s not paid they don’t get out.”

Ms Pether and her children, who are from Sydney but based in Ireland, had held out hope that justice would prevail.

She said the charges against her husband and his Egyptian colleague, which relate to misrepresenting and overcharging, were fabricated after the bank demanded the contractors return the money they had already been paid after cost blowouts.

The headquarters, which would sit on the banks of the Tigris River in Baghdad and dominate the city’s skyline, was designed by Iraqi-British architect Zaha Hadid.

“There were holes in every accusation,” Ms Pether said.

“We managed to get practically every piece of paper that was needed to prove they were innocent. We literally thought that he would be on a plane today.”

Once he receives the papers formalising his sentence, Robert has 30 days to lodge an appeal.

The family is desperate for the Australian government to step in and publicly fight for Robert’s release, feeling let down by a lack of action.

“The Australian government has still continued to provide funding for various projects in Iraq, they need to apply sanctions,” Ms Pether said. 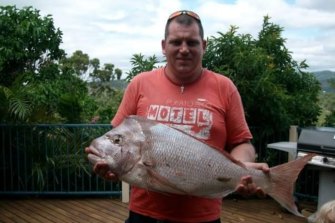 Robert Pether has been sentenced to five years’ prison in Iraq.

“I’m literally at the point where I will spend the $30,000 to catch a flight back to Australia and camp on the hill outside Parliament House until Scott Morrison helps my husband.

“He didn’t take drugs to Bali or something like that. He’s one of the top engineers in the country.”

Ms Pether said their children were heartbroken at the prospect of not seeing their father for years.

“It’s just a whole new level of hell,” she said.

“Our daughter said ‘but that means I’ll be 13 when I see Daddy again’. It’s just devastating.”

“We just keep hugging each other and making cups of tea.”

The Department of Foreign Affairs and Trade and Foreign Minister Marise Payne have been contacted for comment.

a, is, life, sentence, Syd, This
World News