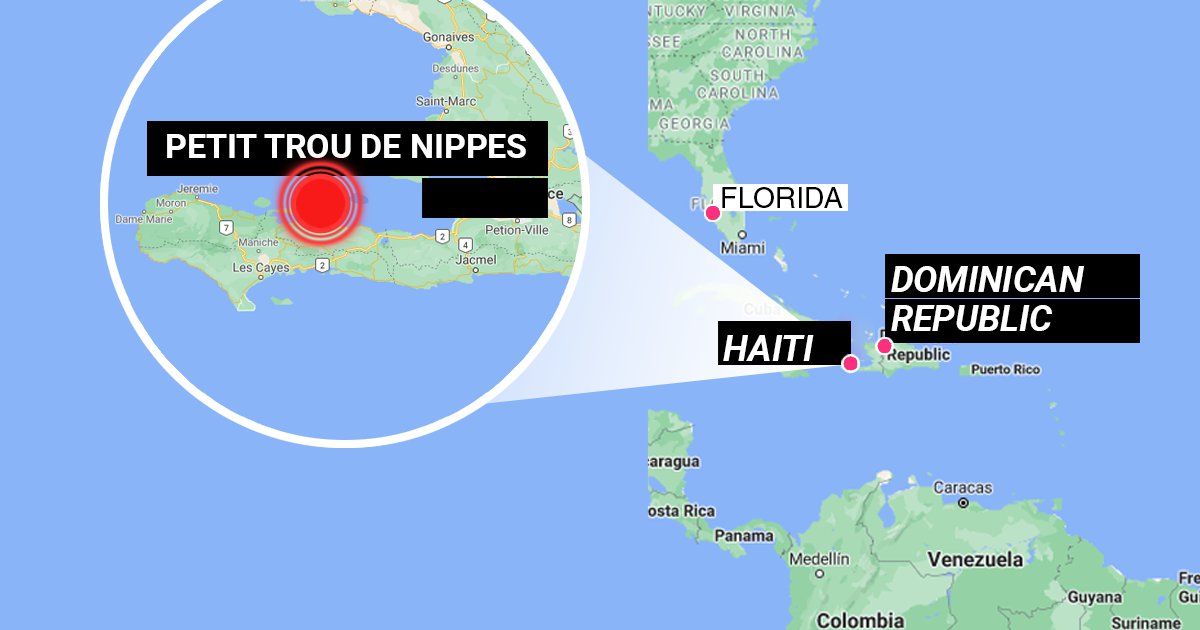 Houses have been torn to the ground by a huge 7.2 magnitude earthquake in Haiti which is feared to have claimed thousands of lives.

Pictures and video footage show piles of rubble in the city of Jeremie, about 125 miles west of the capital Port-au-Prince.

The quake, which had a depth of 10km, hit at around 8.30pm local time today, about 30 minutes after a 6.9 magnitude earthquake struck off the coast of Alaska.

Haiti is still recovering from a magnitude 7 earthquake closer to the capital 11 years ago that killed tens if not hundreds of thousands of people and flattened swathes of buildings, leaving many homeless.

Today’s tremor, hit the western side of the island but was so powerful it could be felt across the Caribbean.

Daniel Ross, a resident in the eastern Cuban city of Guantanamo, said his home stood firm but that his furniture shook.

He added: ‘Everyone is really afraid. It’s been years since such a big earthquake.’

The U.S. Tsunami Warning System said there was no tsunami warning after the quake.

This is a breaking news story – more to follow.