Three killed and four others wounded in Israel on independence day

At least three people have been killed in an attack in the central Israeli city of Elad today, health officials said.

Police said they suspect it was a militant attack and that the assailant fled in a vehicle. Security forces set up roadblocks in the area around where the killings occurred, and a helicopter could be seen hovering over the area.

One of the assailants was said to have been carrying an axe, although this has yet to be confirmed by police.

The Magen David Adom emergency service said three people were killed and four others were wounded; two of the wounded were in serious condition.

The Palestinian militant group Hamas, which rules the Gaza Strip, praised the attack and linked it to violence at a holy site in Jerusalem, but did not claim responsibility for it.

‘The storming of Al-Aqsa Mosque can’t go unpunished,’ Hamas spokesman Hazem Qassem said. ‘The heroic operation in Tel Aviv is a practical translation of what the resistance had warned against.’

Irael’s Foreign Minister Yair Lapid said ‘the joy of independence day had been interrupted in an instant,’ condemning the ‘murderous attack in Elad.’ 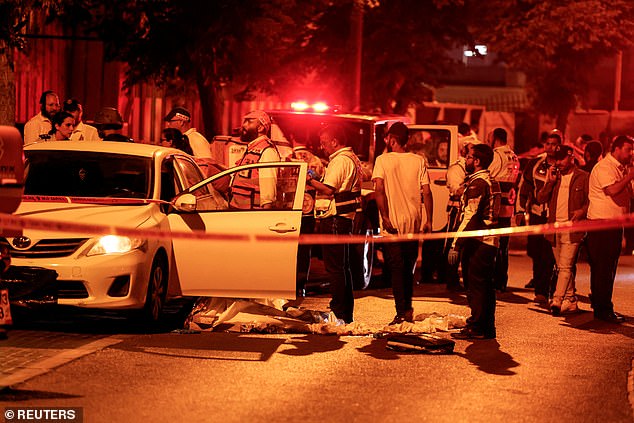 Israeli Security and rescue personnel work at the scene following today’s suspected terrorist attack in Elad, central Israel – in which at least three people have been killed 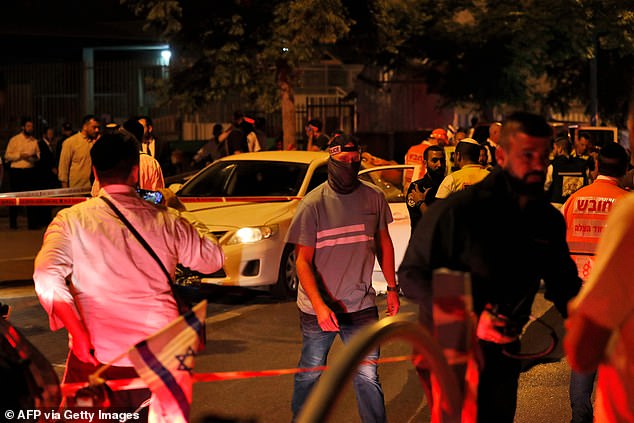 Israeli police cordon off an area in Elad, central Israel, after today’s attack which occurred as the Jewish state celebrated its independence 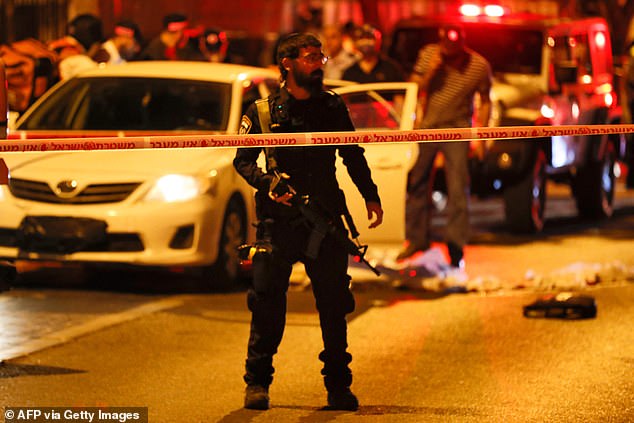 A policeman guards the cordon outside the scene where three people were killed and four others injured in Elad, central Israel

The identity of the assailant was not yet known. But Israeli-Palestinian tensions have soared in recent weeks, following a series of attacks in Israel, military operations in the occupied West Bank and violence at the holy site in Jerusalem.

The Al-Aqsa Mosque compound is the third holiest site in Islam and is built on a hilltop that is the holiest site for Jews, who refer to it as the Temple Mount. It lies at the emotional heart of the conflict, and Palestinians and Israeli police have clashed there repeatedly in recent weeks.

Israeli police entered the site to clear away Palestinian protesters on Thursday, after Jewish visits that had been paused for the Muslim holidays resumed.

As the visits resumed, dozens of Palestinians gathered, chanting ‘God is greatest.’ Scuffles broke out when the police went to arrest one of them.

Police fired rubber-coated bullets on the sprawling esplanade as some Palestinians sheltered inside the mosque itself. The police could later be seen just inside an entrance to the barricaded mosque. 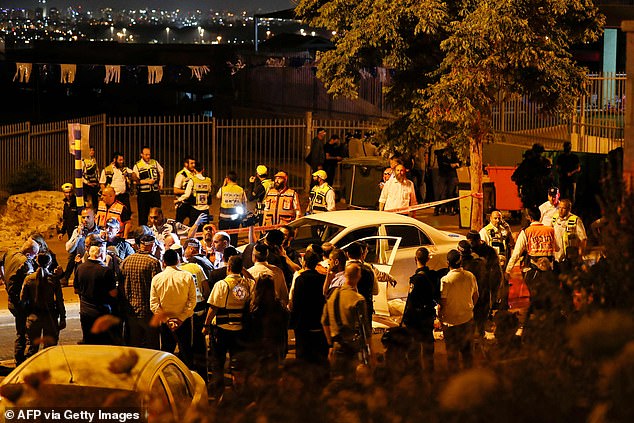 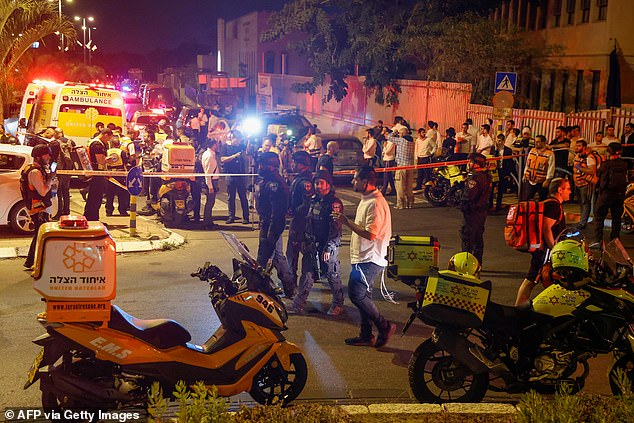 The police said they responded to dozens of people who were shouting incitement and throwing stones, and that one police officer was lightly injured. The Palestinian Red Crescent emergency service said two Palestinians were taken to a hospital after being struck with batons.

Unlike in previous confrontations, Palestinian witnesses said there was no rock-throwing initially. Some of those who sheltered inside the mosque began throwing stones and other objects when police entered the building. The witnesses spoke on condition of anonymity because of security concerns.

Under informal arrangements known as the status quo, Jews are allowed to visit the site but not pray there.

In recent years, they have visited in ever-increasing numbers with police escorts and many have discreetly prayed, angering the Palestinians as well as neighboring Jordan, which is the custodian of the site.

The Palestinians have long feared that Israel plans to eventually take over the site or partition it. Israel says it is committed to maintaining the status quo, and accuses the Islamic militant group Hamas of inciting the recent violence.