THREE workers with coronavirus have gone on the run from a farm after 75 people caught the bug and hundreds were forced to quarantine on site.

The outbreak in Mathon, Herefordshire, is being closely monitored by PHE Midlands and there is a heavy police presence around the farm, where all 220 workers were told to isolate in mobile homes. 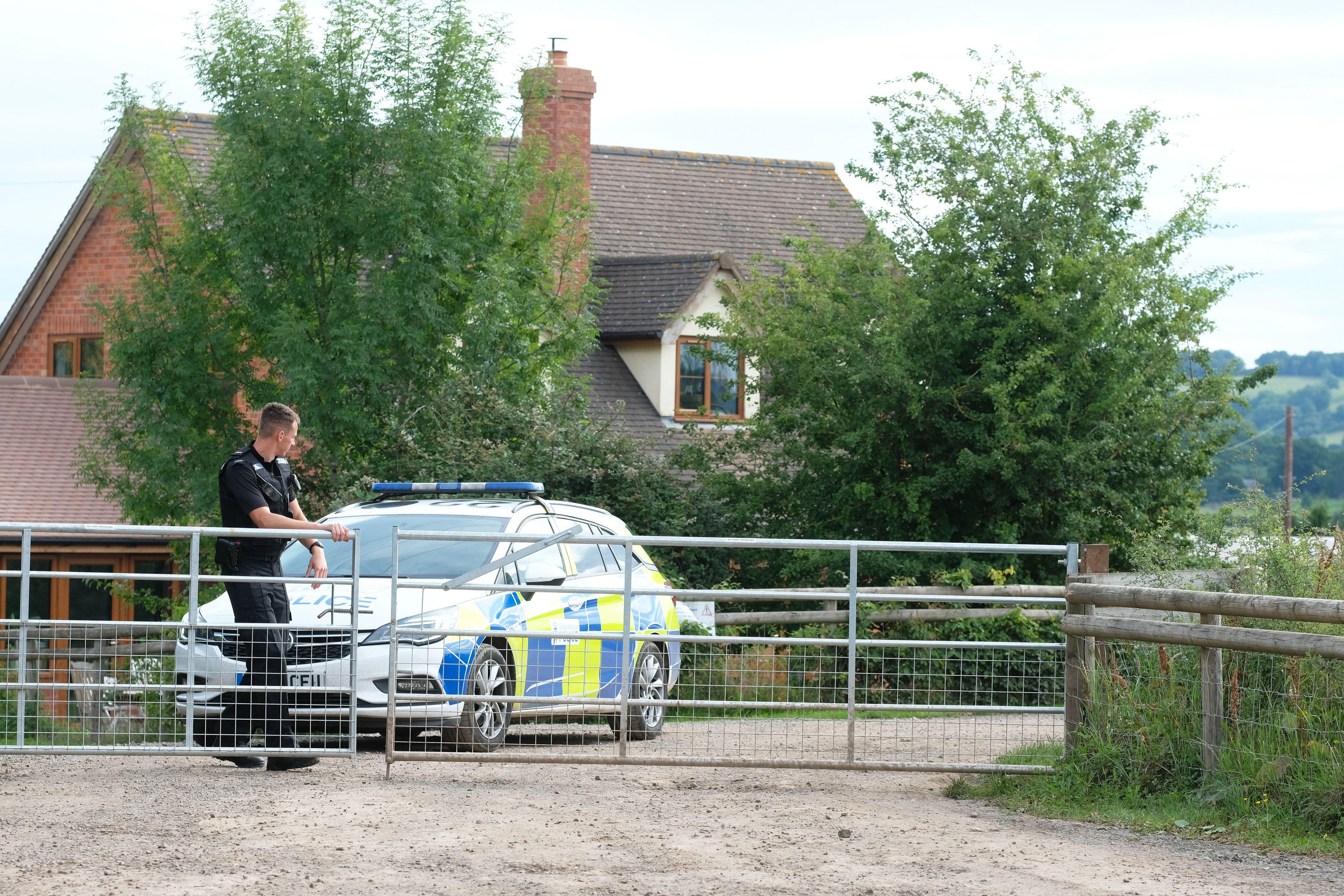 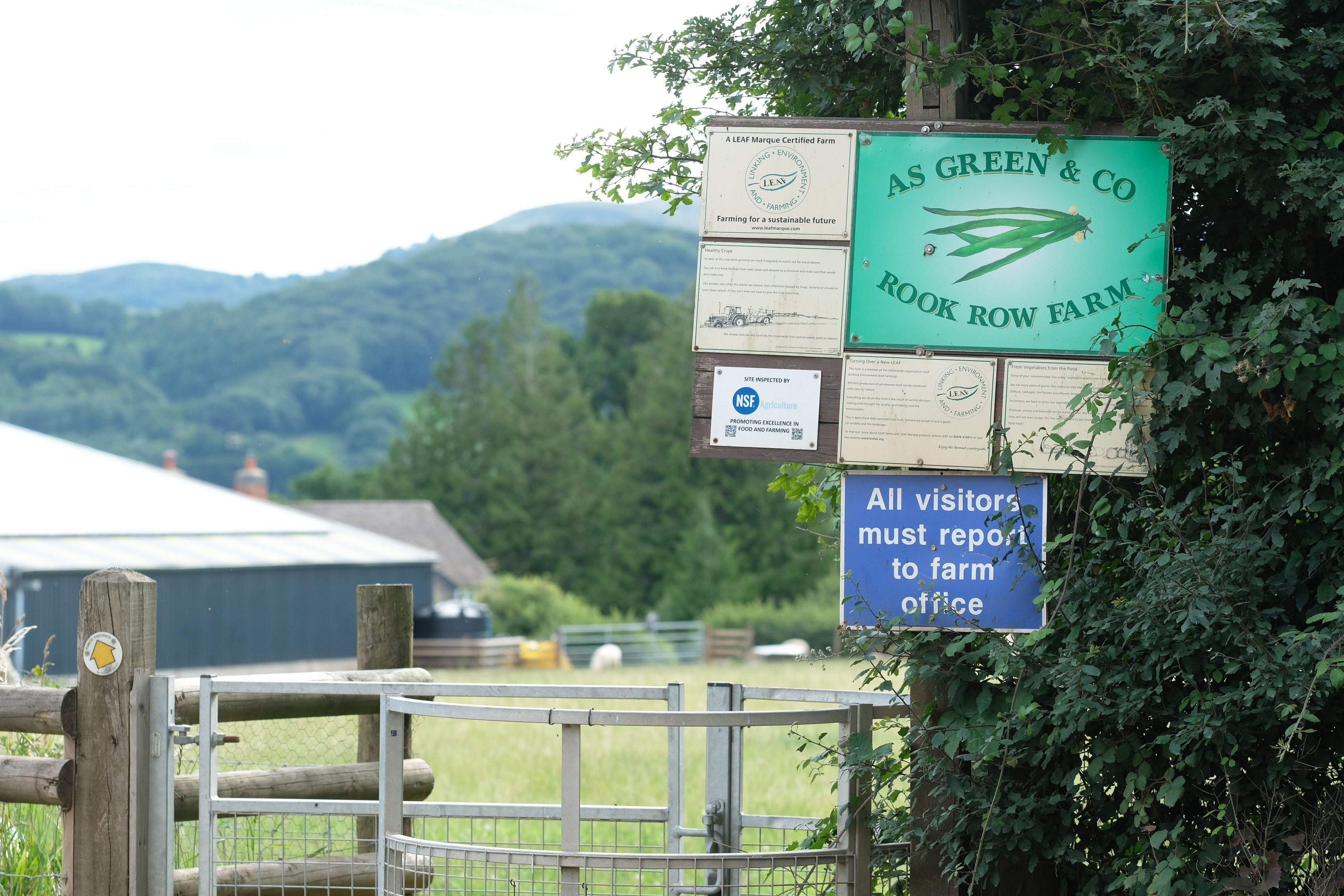 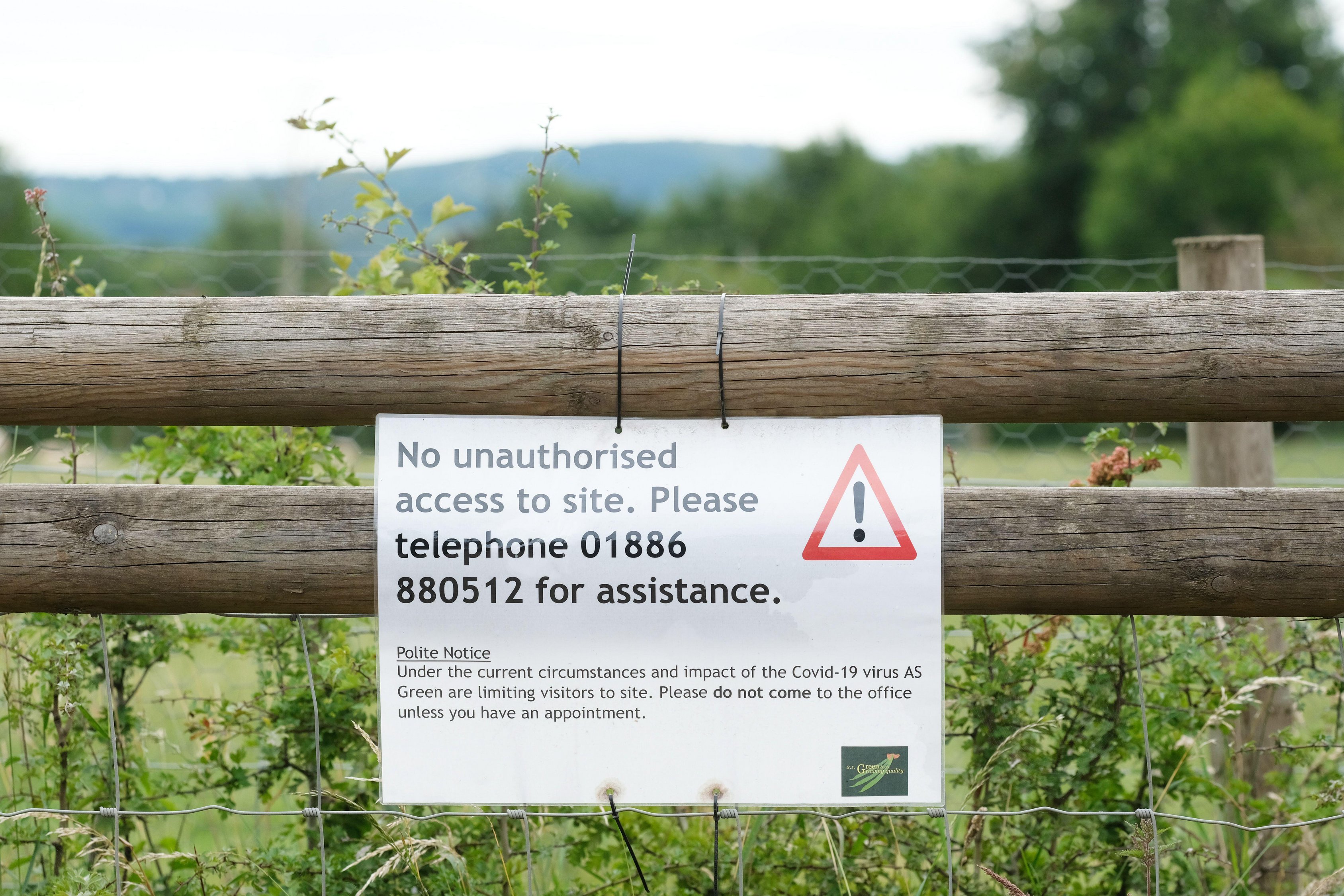 Four vegetable pickers – including three with the killer bug – have now taken off and fled the farm, a source told The Sun Online.

Two left on Saturday – one of whom was positive – and two more infected with the virus fled today.

It is believed they legged it across the fields.

In order to try and keep workers – most of them from Eastern Europe – at the farm, the authorities are offering them “beer and cigarettes”.

Workers’ passports are kept “secure” at the farm, according to the source.

The military were initially asked to provide tents and toilets for the workers during the current enforced quarantine, but they said they were unable to assist as it was “such short notice.”

The first case was recorded by farm owners AS Green and Co, according to the source, on Wednesday last week. 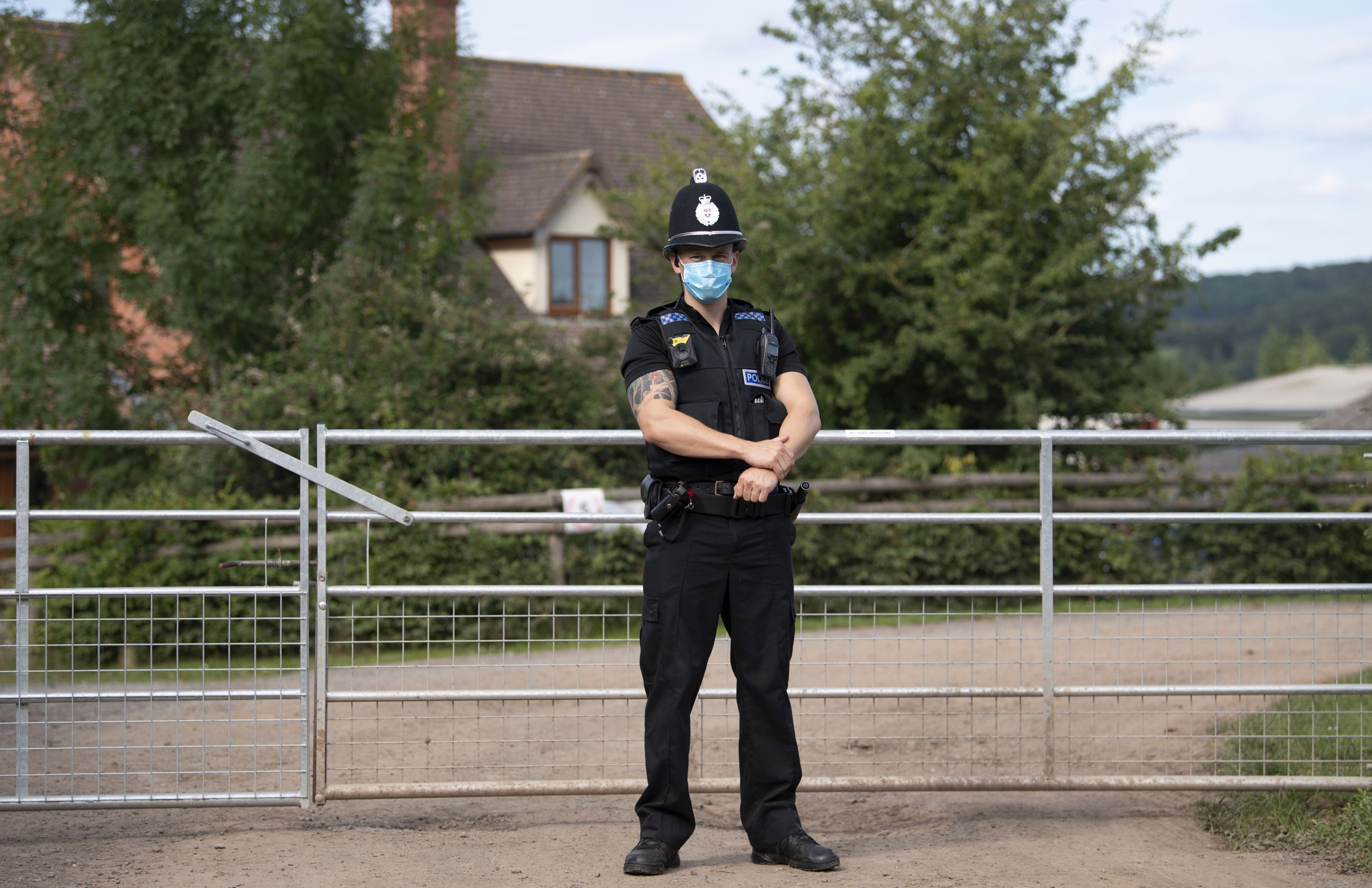 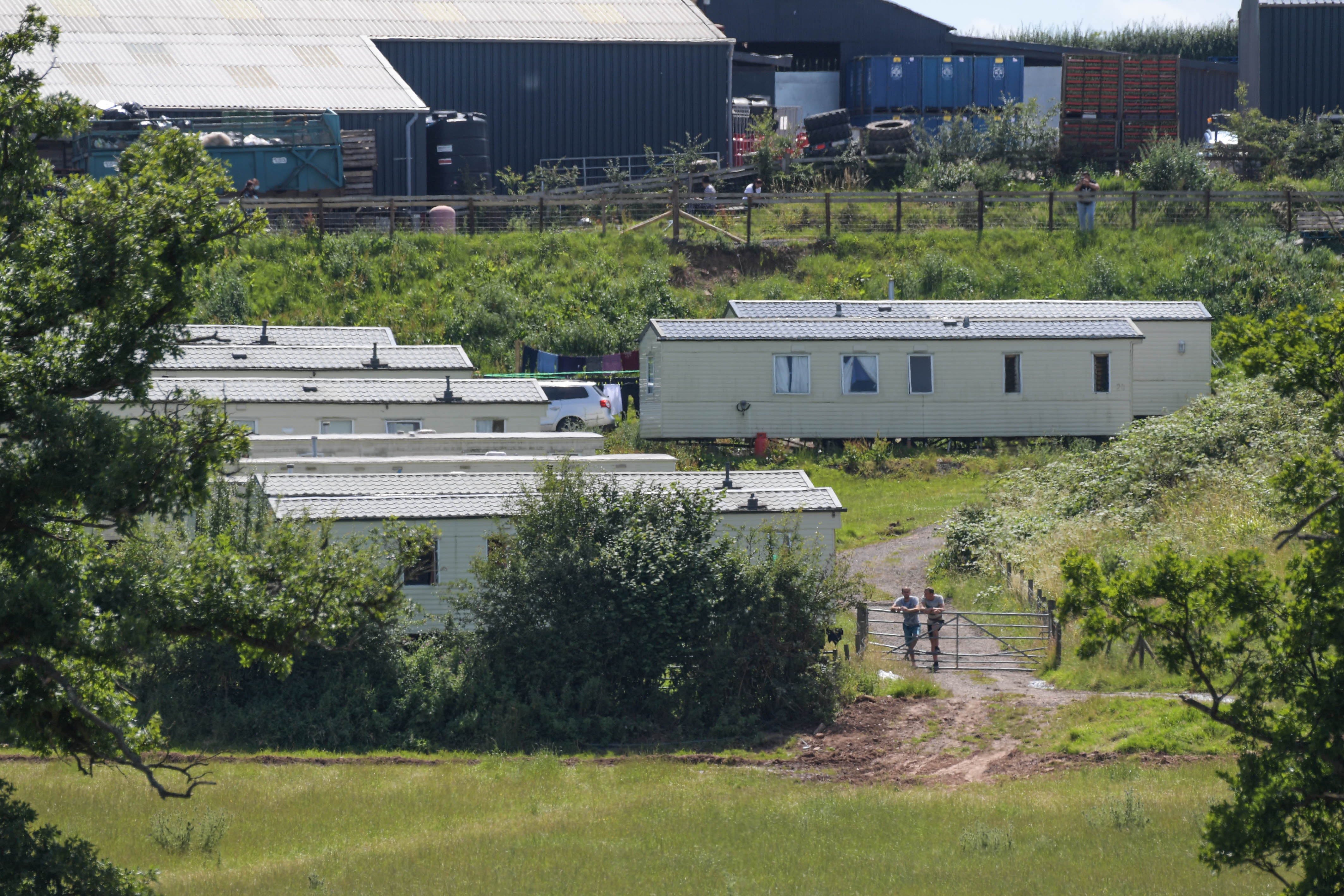 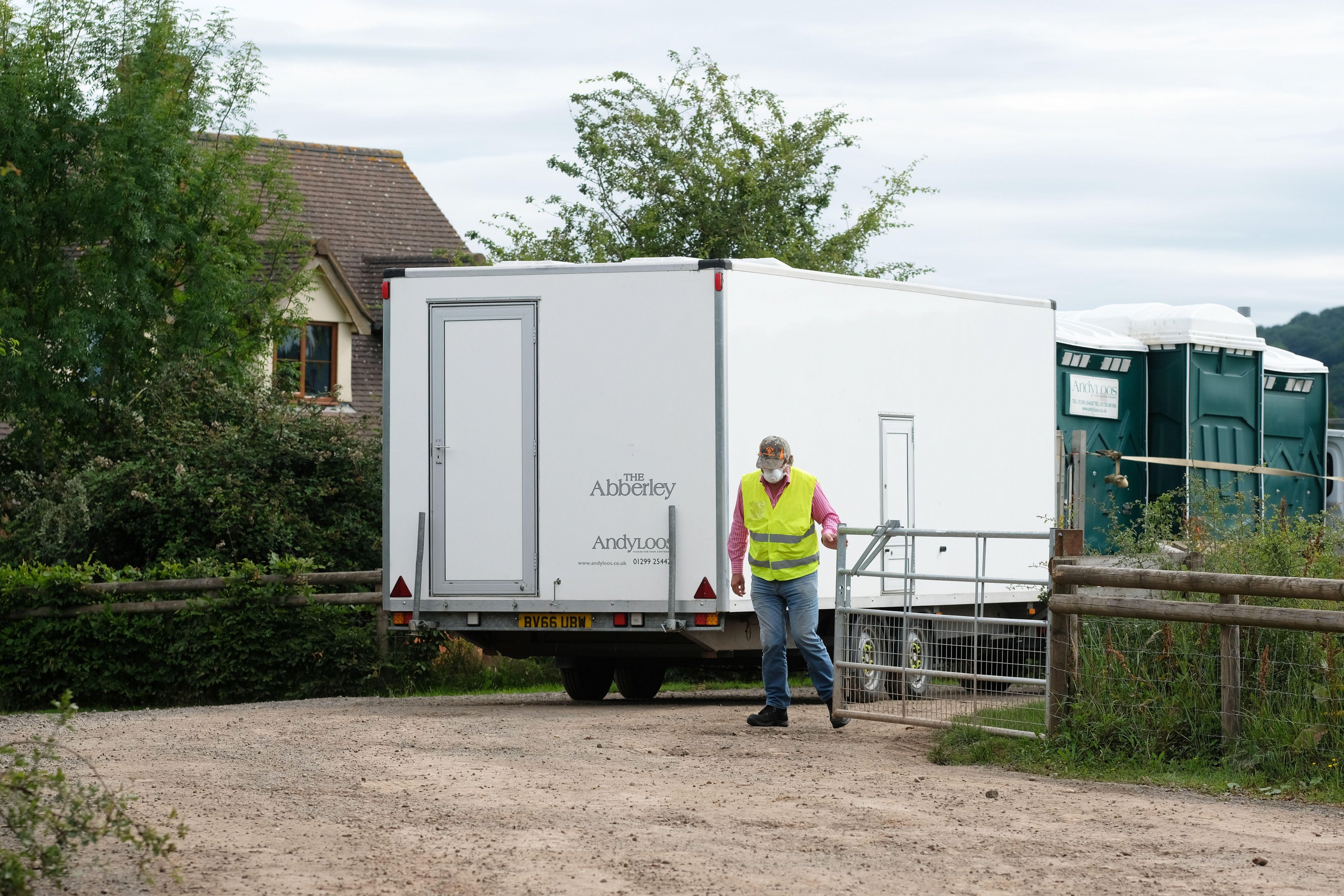 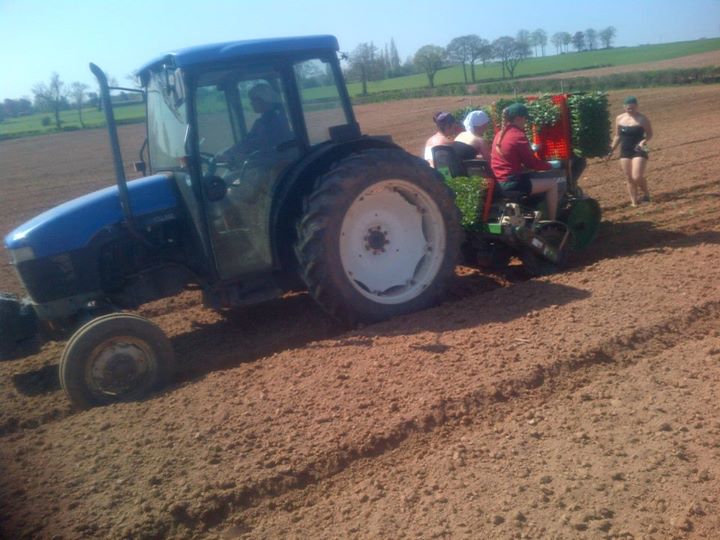 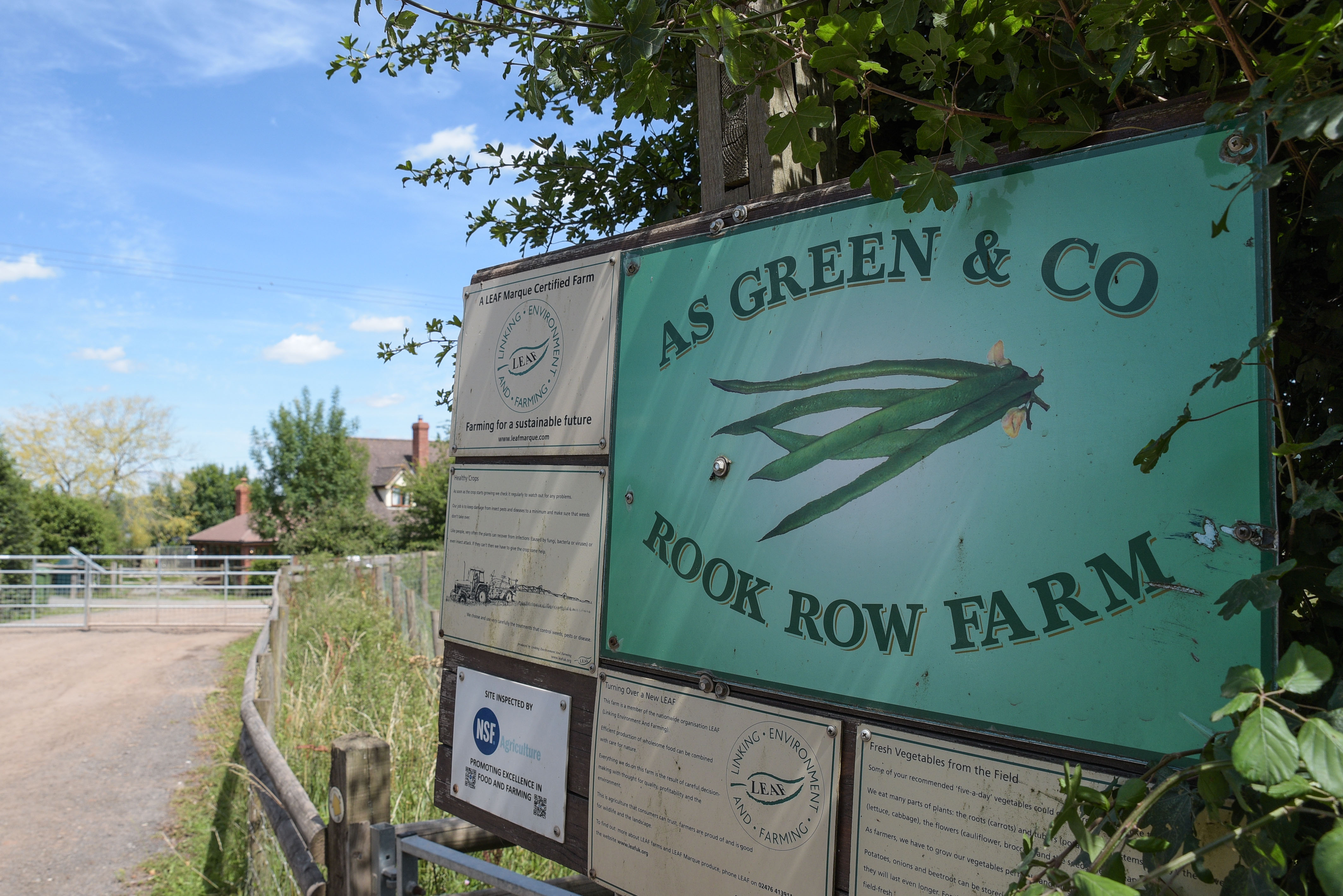 Authorities are concerned that workers made regular trips to a Morrisons store in nearby Malvern, the source said.

Although police cars patrolled the outskirts of the farm every half hour today, there has been no officer standing at the entrance and no sign of searches for the missing workers being conducted.

Mass testing was carried out after some workers – many of whom are from eastern Europe – showed symptoms sparking the largest outbreak of its kind in the UK since the pandemic began.

Pictures from the site show police officers wearing protective face masks while guarding the gates at both the entrance and the exit.

Karen Wright, Herefordshire Council’s director of public health, said on Sunday that the situation was “contained” and she was “not concerned at all” about any danger to the wider community.

It comes after the Midlands regions have seen spikes in cases in recent weeks, with Leicester remaining under lockdown – and the UK death toll doubled on last week.

The dozens of new cases at producers AS Green and Co comes during harvesting season, where workers come and live on site on the Herefordshire-Worcestershire border.

During the busy summer season they spend their days picking and packing vegetables – supplying stores such as Tesco, Aldi and Sainsbury's.

Katie Spence, PHE Midlands Health Protection Director, said on Sunday: “A small number of workers became symptomatic earlier this week and they and a few close contacts among the workforce were tested initially and found to be positive.

"In line with NHS guidance, affected individuals were asked to self-isolate for seven days, with their households and close contacts asked to isolate for 14 days.

“As we have seen a global trend of large food producers being subject to outbreaks, as a precautionary measure, the decision was made to test the entire workforce.

"The initial batch of results showed a significant percentage of positive cases, despite these individuals being asymptomatic." 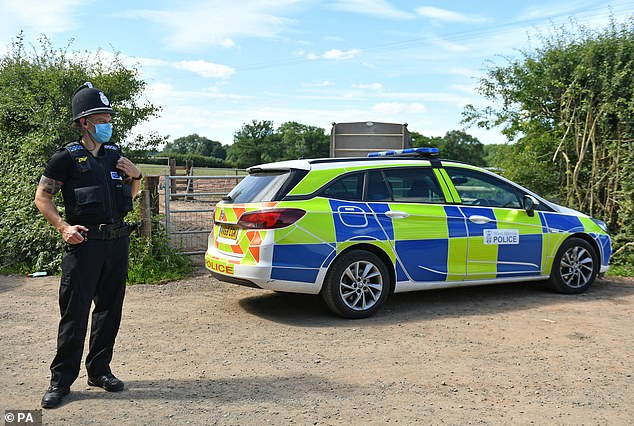 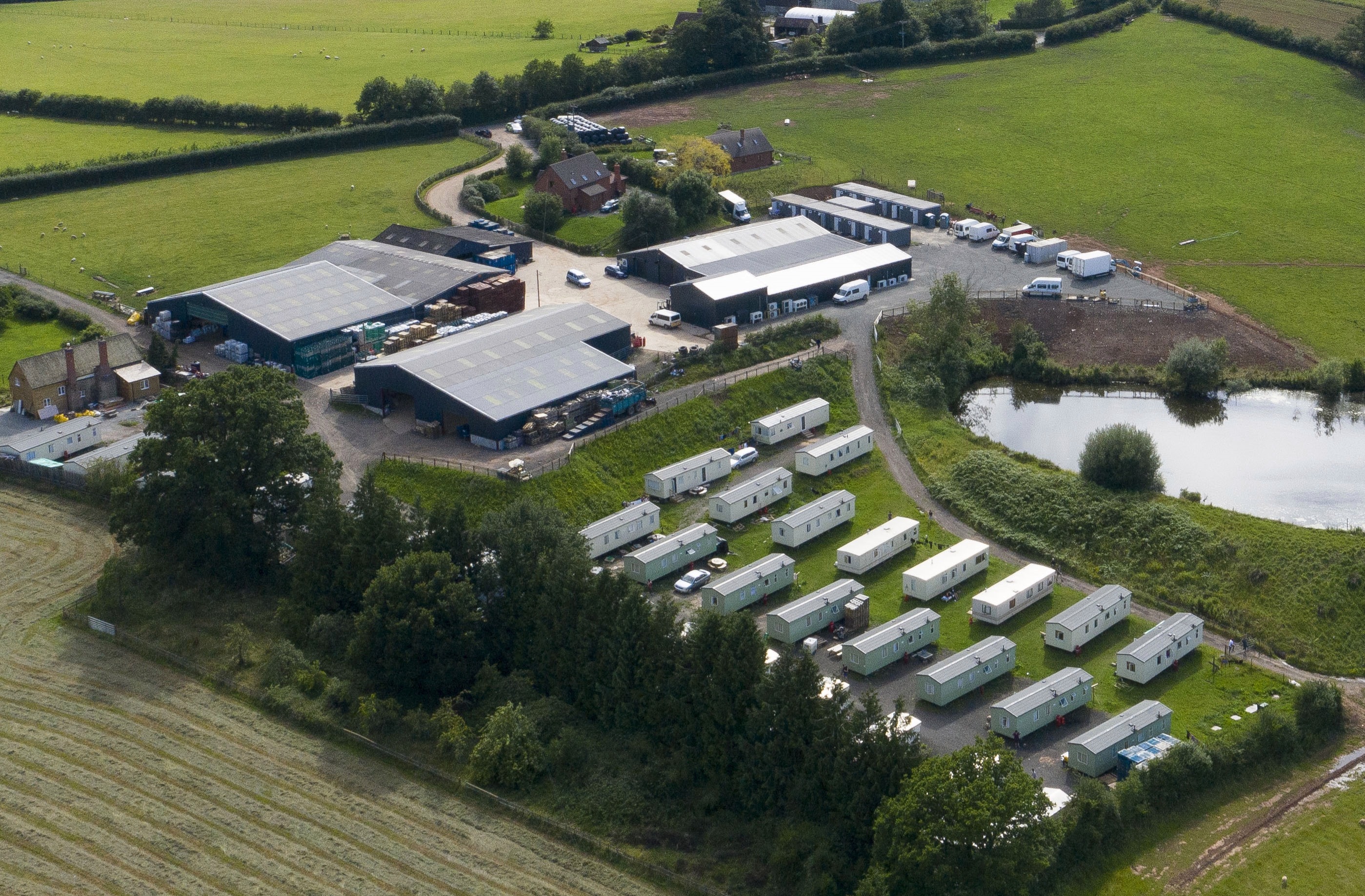 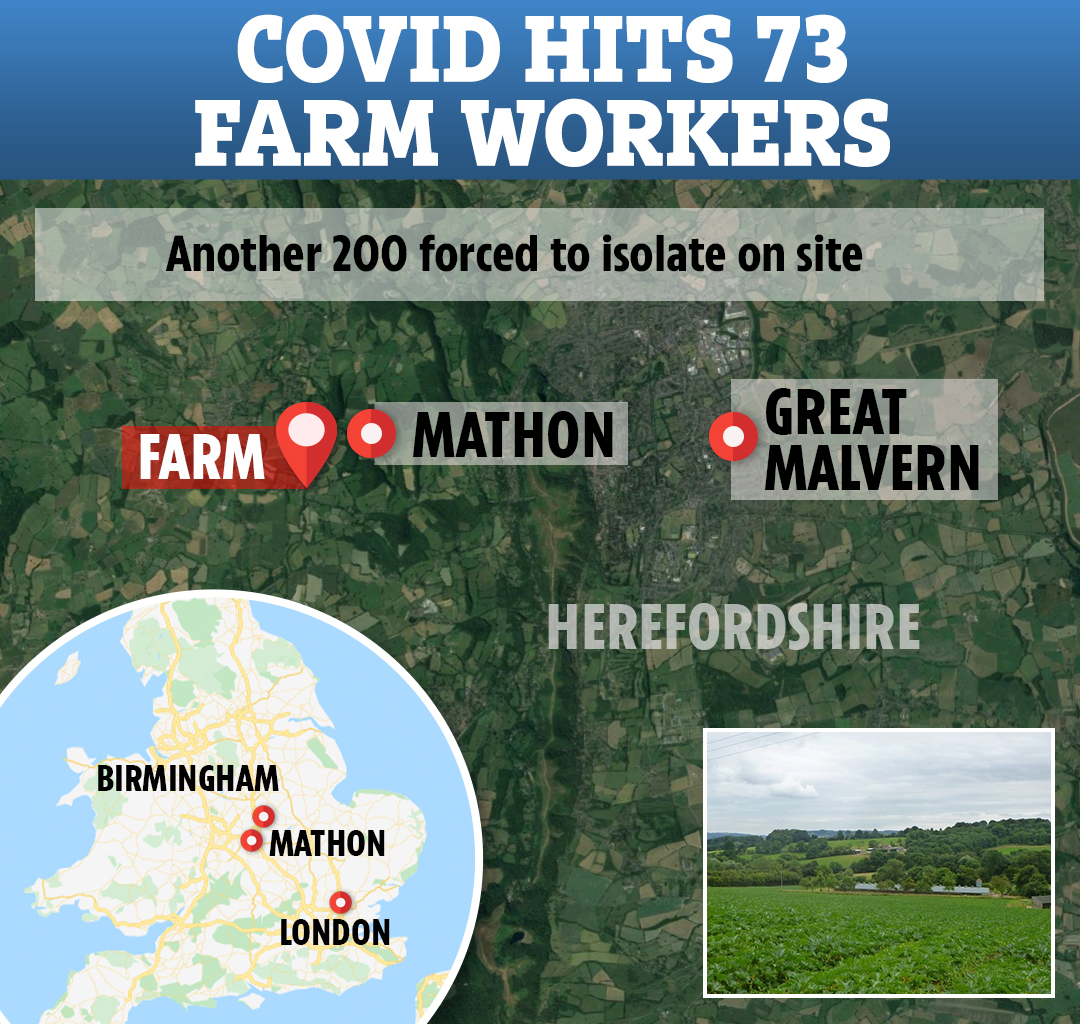 A spokesperson for AS Green said: “Our staff are our priority, they are hard-working key workers helping us provide food for the country during these unusual times.

"We contacted PHE and we are working closely with them and Public Health at Herefordshire Council to prevent the spread of Covid-19.”

The rate of infection in Herefordshire stands at 421.1 cases per 100,000 people, which remains lower than the England average of 444.6, figures from Public Health England show.

It comes a week after pubs and restaurants opened up their doors once more as restrictions were relaxed in England.

Leicester is in lockdown for another week as official scramble to get the outbreak there under control.

There have been outbreaks in food production sites, clothing factories and in large multi-generational households.

About 28 per cent of Leicester’s population is of Indian heritage, and a further 21 per cent are from black or Asian backgrounds.

Language barriers, high levels of diabetes and poverty may have played a part in the new surge.

Matt Hancock said last week the measures had already brought the rate of infection down.

The Health Secretary has revealed is there are more than 100 outbreaks of coronavirus happening every week with local lockdowns being enforced to stop the spread.

He said the localised spikes in Covid-19 are being dealt with “swiftly and silently” by shutting down areas and installing new testing regimes such as portable walk-in centres.

Writing in the Telegraph, he insists that over 300,000 tests are being carried out every day insisting Number 10 will “hunt down the virus” by shutting down every individual spike.

Mr Hancock wrote: “Each week there are over a hundred local actions taken across the country – some of these will make the news, but many more are swiftly and silently dealt with.

“This is thanks in large part to the incredible efforts of local authorities – all of whom have stepped up and published their local outbreak control plans in line with the end of June deadline.” 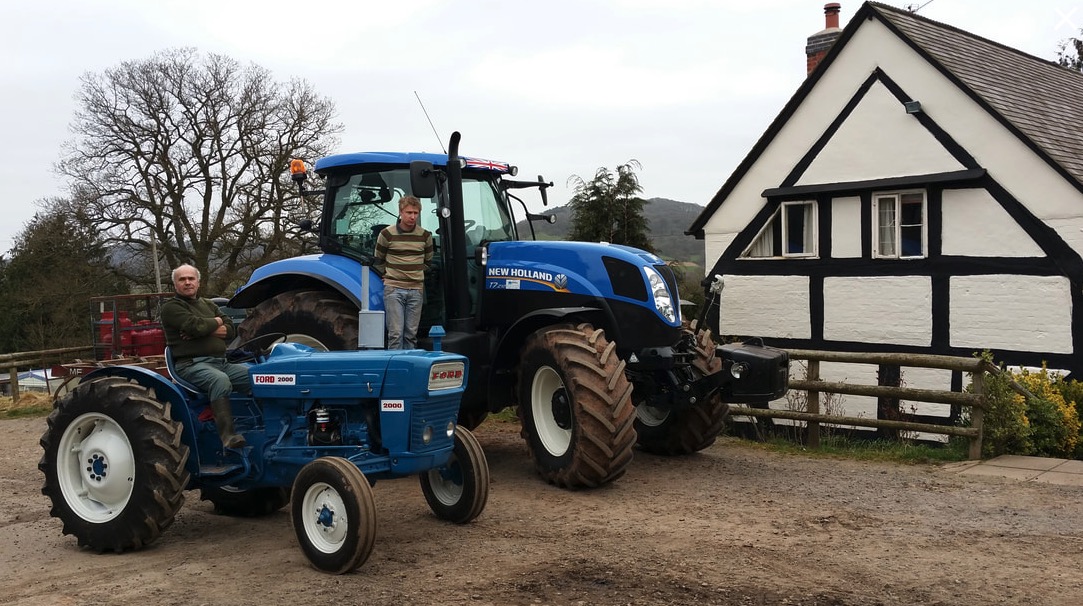 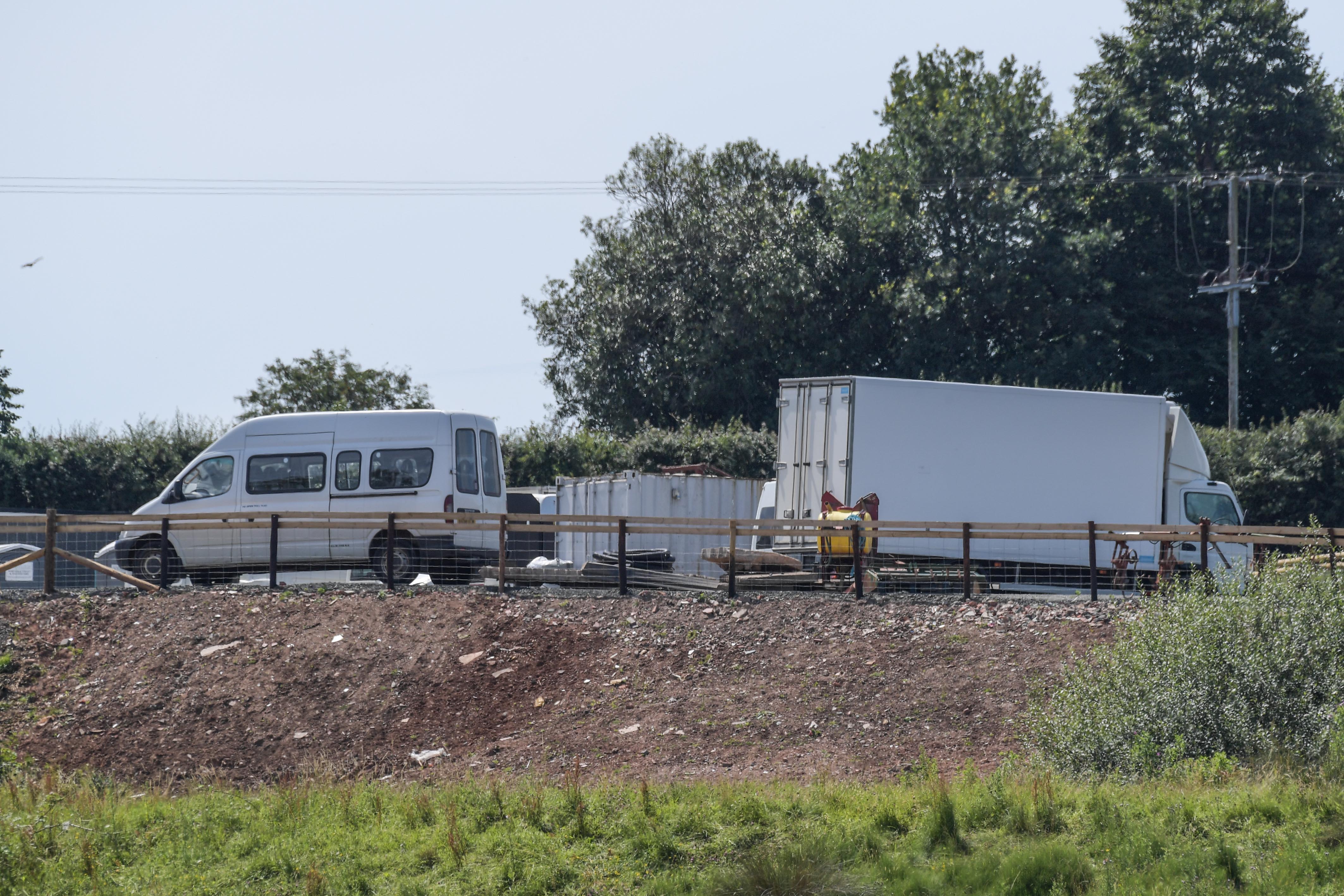 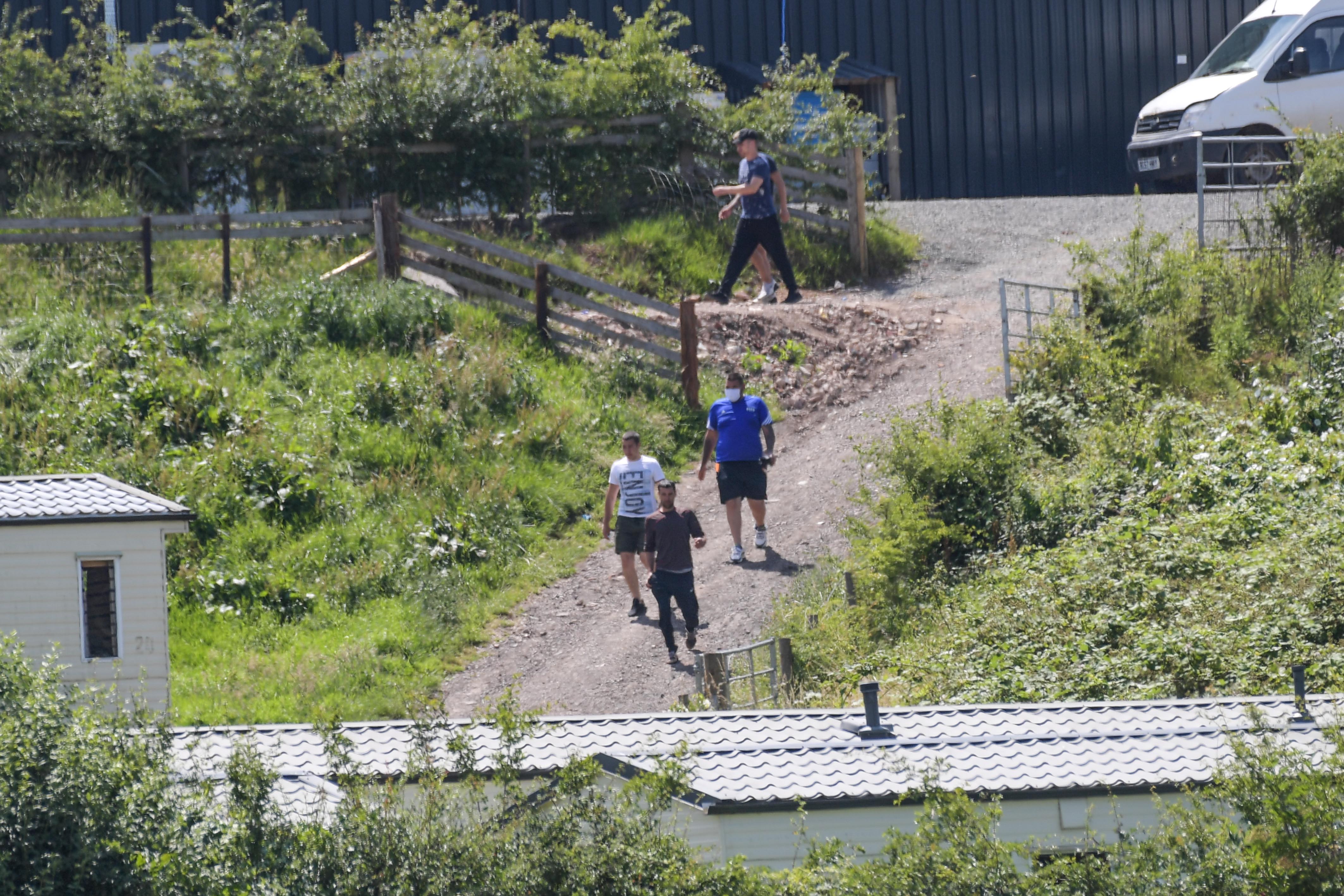 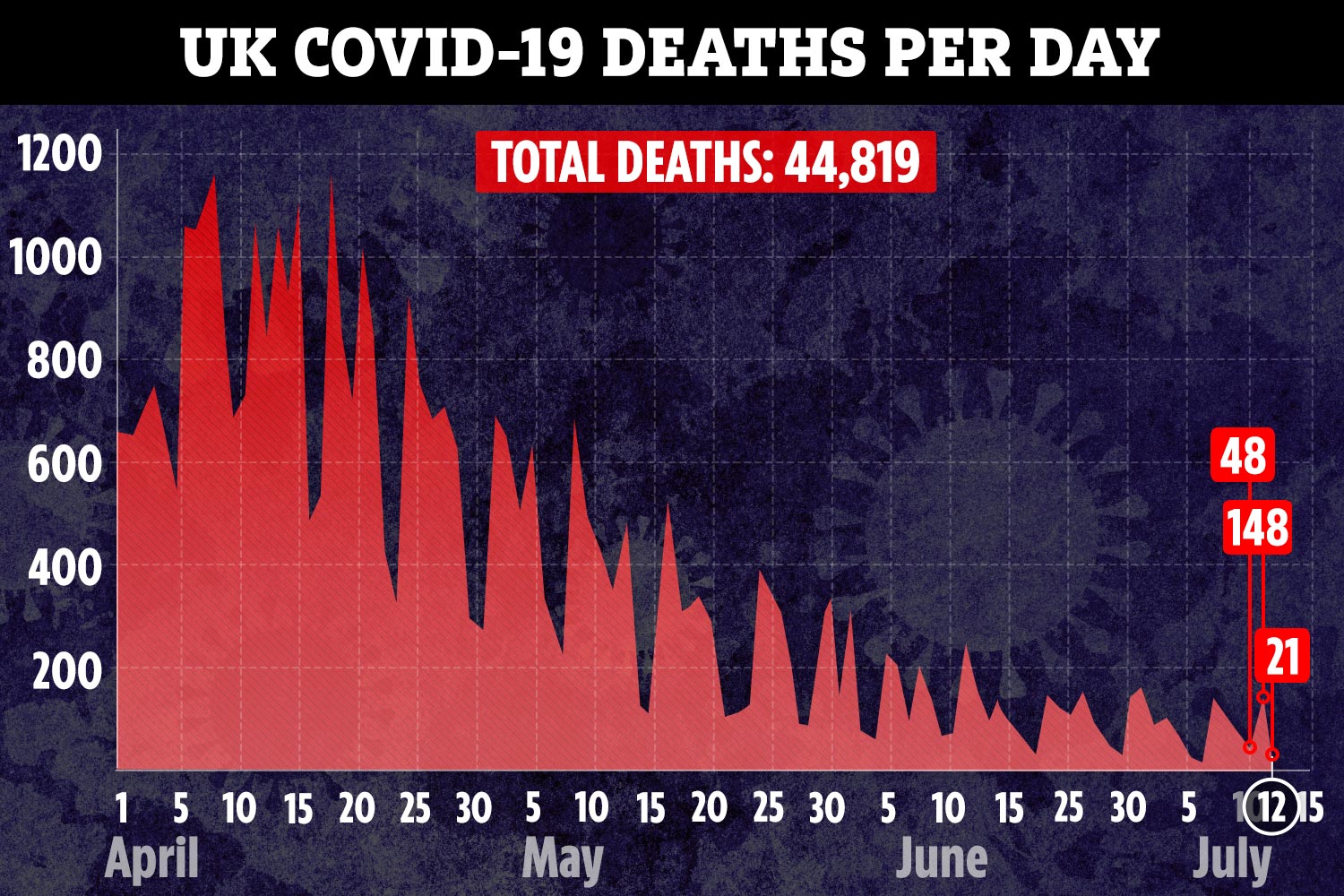