Thug who beat his girlfriend, 17, to a pulp leaving her unconscious and scarred for life after she caught him with another girl at gig is spared jail and ordered to pay just £1,000

A thug who left his girlfriend lying in a pool of her own blood after beating her unconscious has been spared jail and told to pay just £1,000.

Jordana Rutherford, from West Calder, near Livingston, was viciously attacked by her then-boyfriend William Weir after she caught him with another girl at a gig in Glasgow’s o2 Academy.

She says the incident has left her with a permanent scar on her head, suffering from severe panic attacks and has even led her to try and take her own life. 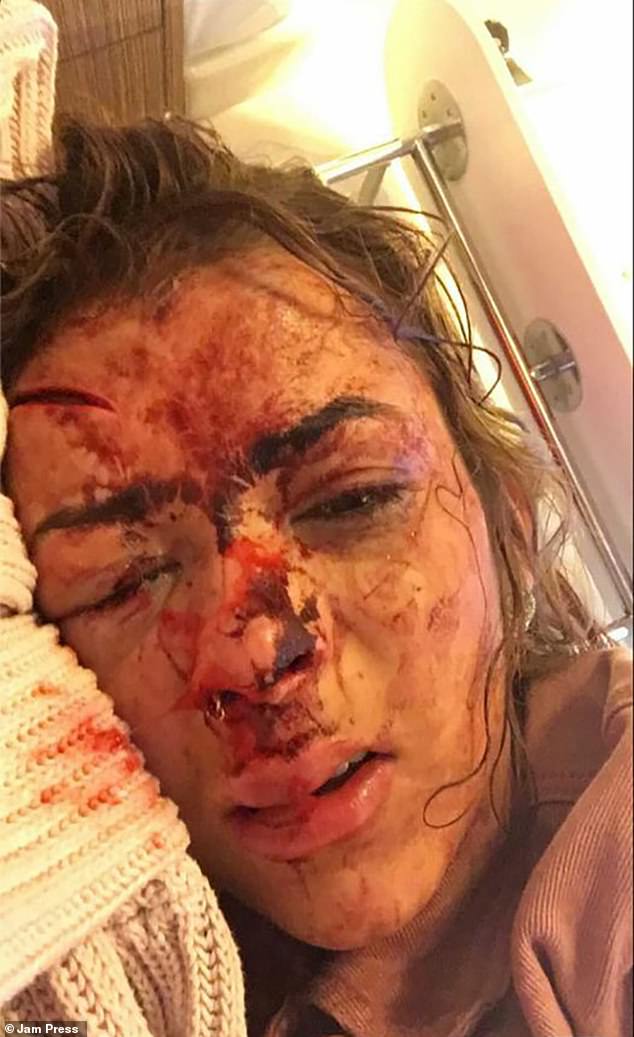 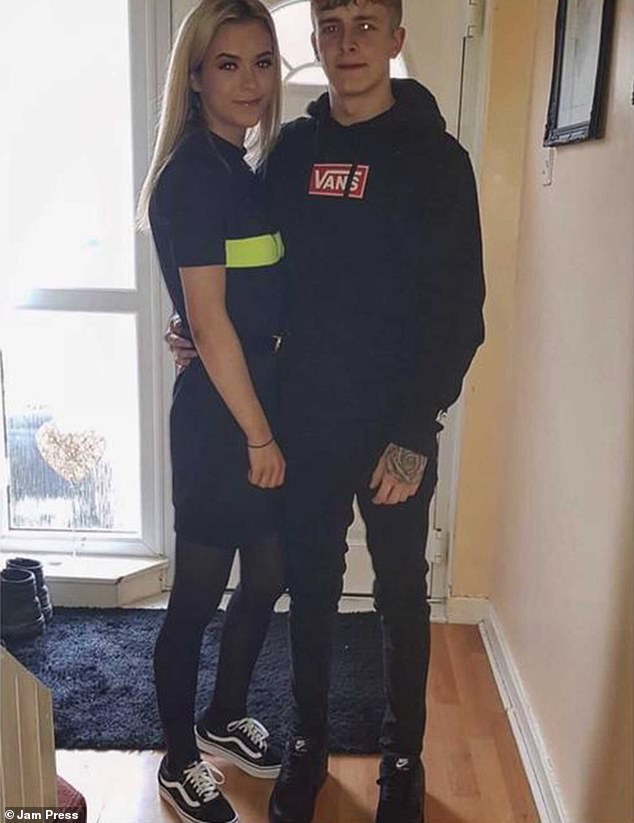 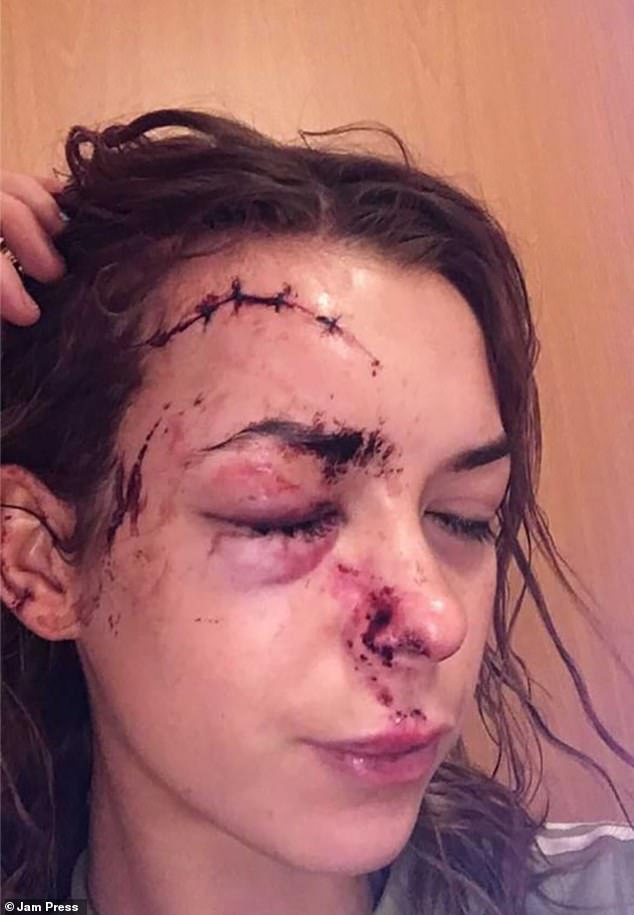 After confronting him at the concert, the then 17-year-old had left and gone back to the Citizen M hotel where she was staying.

But ‘manipulative’ Weir followed her, and he threatened to kill himself when she said she wanted to split up with him.

Speaking to the Daily Record, Jordana, who is now 20, said she had bent down to help him take off his shoe when he suddenly pushed her across the room and began a vicious attack.

‘I only weighed six stones at the time so I went flying,’ she said.

‘The next thing I know he was on top of me pulling my hair and then he hit me on the head with something.

‘He knocked me out. I don’t know what else he did to me when I was unconscious, but when I woke up I was covered in blood and in agony.

She fell unconscious during the assault and woke up surrounded by police and paramedics. 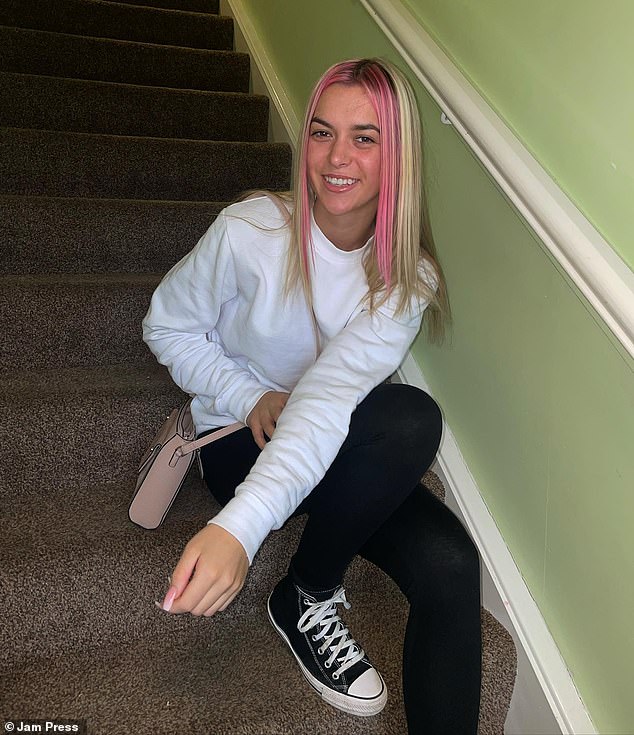 She was taken to hospital for injuries to her face and head, including a burst lip and a cut to the side of the eye, while her nose piercing had to be removed from the inside of her nostril.

As a result of the attack she required numerous stitches, while Jordana told his trial she has to wear makeup ‘every time’ she leaves the house.

Weir was charged with pushing Jordana on the body, pulling her by the hair and striking her on the head during the attack on November 12, 2019. 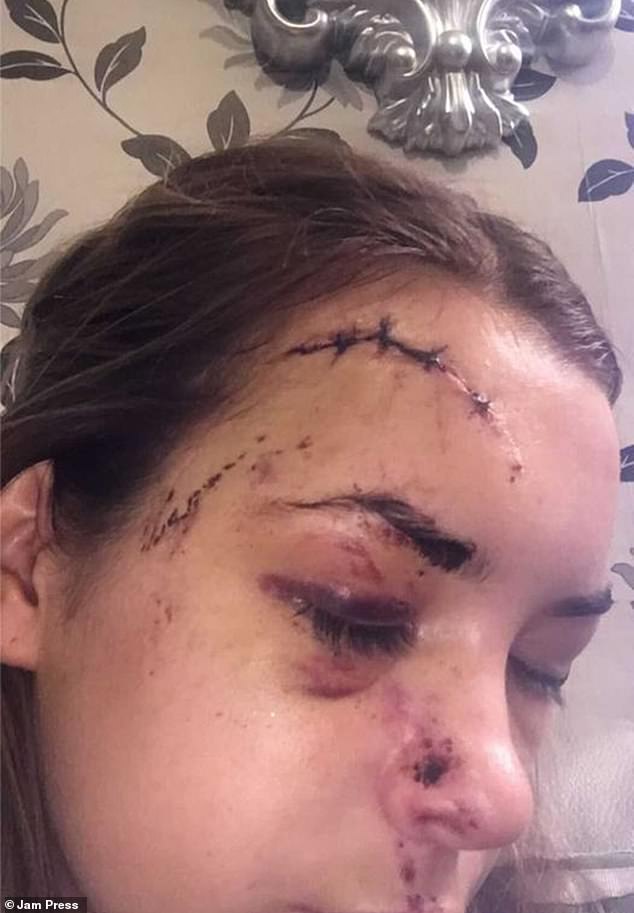 Now, more than two years later, she has been left in tears after finding out he won’t serve any jail time for what he did to her, despite being found guilty after a two-day trial at Glasgow Sheriff Court.

Instead sheriffs ordered Weir, who is now 22, to do 200 hours of unpaid work as well as fork out £1,000 in compensation. 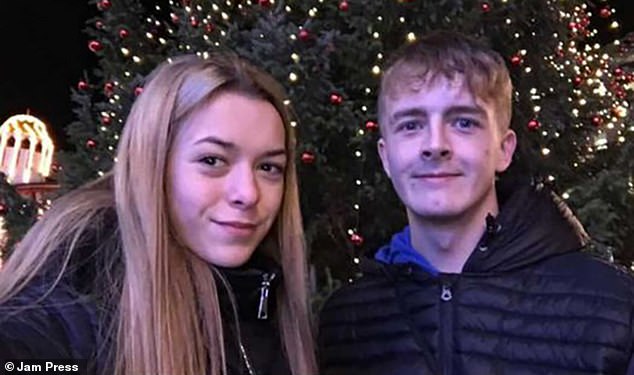 ‘I wasn’t expecting him to get years, but I did think he would have at least got some prison time for what he put me through,’ she said.

‘He’s ruined my life and has basically been let away with it. It’s disgusting.’

She added ‘no amount’ of money would make up for the pain and suffering she had been through and that she now felt scared to leave the house knowing he’s free to walk the streets. 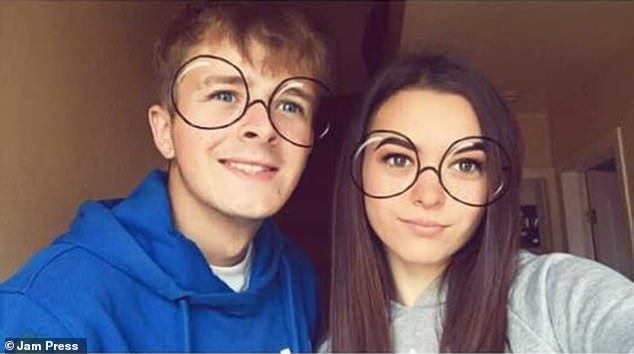 She said: ‘He’s ruined my life and has basically been let away with it. It’s disgusting.’ Jordana added she is now scared to go out in case she sees him (pictured)

Prosecutor Katie Bell asked for a non-harassment order to be granted which was imposed for 12 months.

Weir will be up for review in July.

If you have been affected by this story, you can call the Samaritans on 116 123 or visit www.samaritans.org.