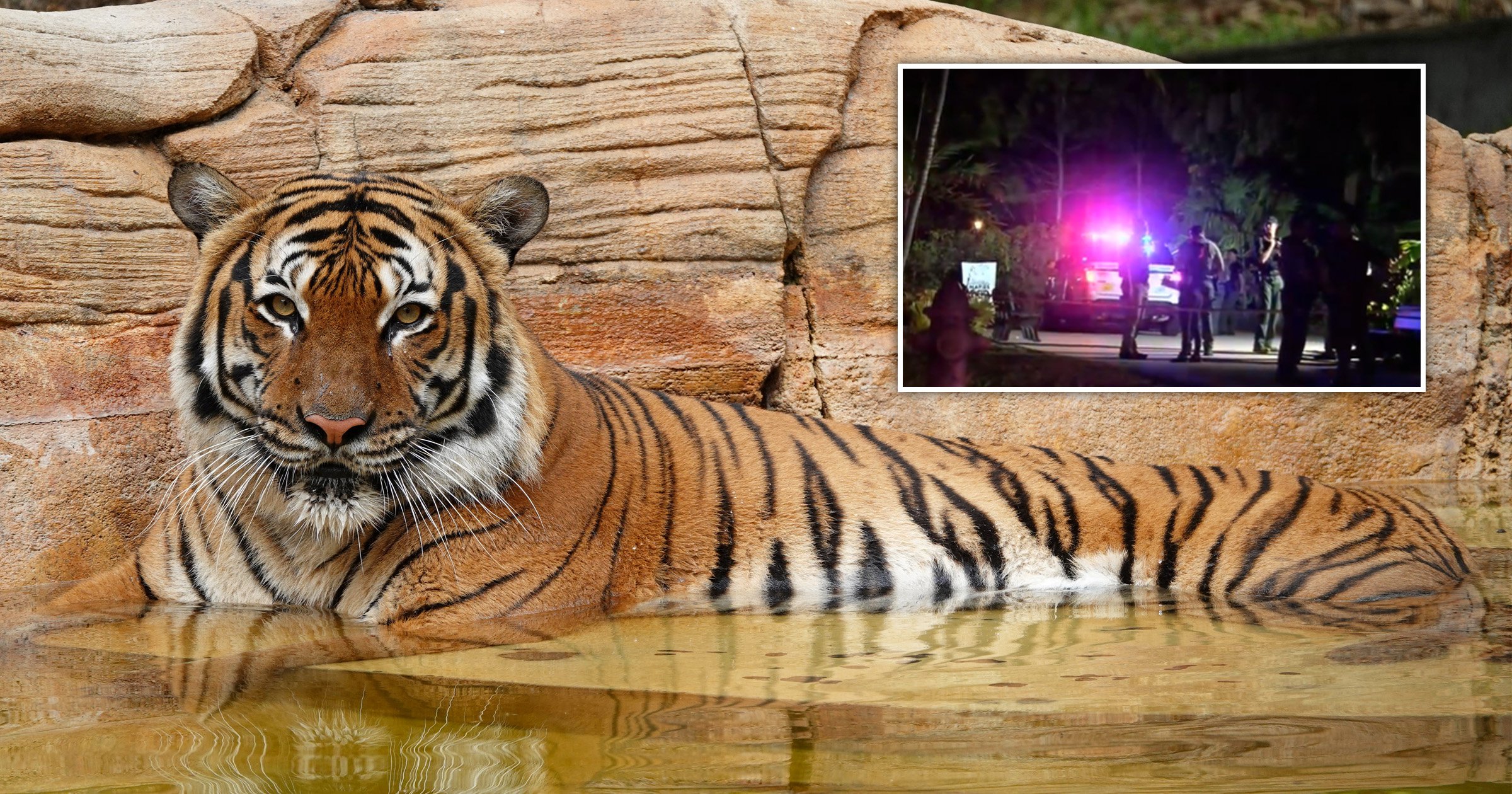 A tiger has been shot and killed after it bit and seriously injured a cleaner who entered a restricted area in a Florida zoo, authorities have said.

Eko, an eight-year-old Malayan tiger, was discovered with the man’s arm in its mouth at Naples Zoo, on Wednesday night.

A sheriff’s deputy attempted to get the animal to release the man, who is in his 20s, by kicking the enclosure, but was ‘forced to shoot’ when the tiger would not let go, reports say.

After it was shot, the tiger retreated back into its enclosure and the zoo later confirmed the big cat had died.

The cleaner was rushed to hospital where he was treated for serious injuries.

It is understood that he worked for a third-party cleaning service that is hired by the zoo to clean toilets and the gift shop, not animal enclosures.

The sheriff’s office suggested the cleaner was trying to pet or feed Eko when he was attacked.

In a statement, Collier County Sheriff’s Office said: ‘Preliminary information indicates that the man was either petting or feeding the animal, both of which are unauthorized and dangerous activities.

‘Initial reports indicate that the tiger grabbed the man’s arm and pulled it into the enclosure after the man traversed an initial fence barrier and put his arm through the fencing of the tiger enclosure.’

Eko joined Naples Zoo in February 2020 from the Woodland Park Zoo in Seattle.

When the zoo announced his arrival, it described Eko as a ‘great ambassador for his species’.

It said: ‘When guests see him, we hope they fall in love and want to learn how they can do their part to save his cousins in the wild.’

Malayan tigers are critically endangered, with less than 130 breeding adults in the wild, according to the ICUN red list of threatened species.

Naples Zoo remained closed on Thursday, with a message greeting visitors to its website saying the decision to not open had been taken to allow ‘officials to complete their investigation late into the evening’ and ‘to allow the zoo to begin its own internal investigation’.

The zoo has also said the closure would give staff time to ‘process what has occurred and to begin the painful healing process’.

A grief counsellor has been made available to employees, the zoo added.