Future NFL Hall of Famer Tom Brady has faced plenty of talented defensive backs over his career. Brady faced Charles Woodson, Rod Woodson and Aeneas Williams and a number of other standout players.

Of all those big names, there’s one defensive back that really made an impact on Brady. That would be Baltimore Ravens safety Ed Reed, who Brady named as the toughest defensive back he faced during his career.

The one DB that each of these star QBs hate going against 👀⬇️@TomBrady | @TwentyERpic.twitter.com/pvHdvtJ0O0

Brady revealed that tidbit during The Match on Wednesday. Brady and Green Bay Packers quarterback Aaron Rodgers triumphed over Josh Allen and Patrick Mahomes at the event.

All four of the quarterbacks were asked which defensive back they hating facing the most, and Brady chose Reed. The three faced off four times in the regular season when Reed was a member of the Ravens. Brady and the Patriots won three of those contests, though Reed did manage an interception off Brady. They also played twice in the postseason. Those games were split 1-1, and Reed picked up another interception against Brady in the Ravens’ playoff win over the New England Patriots in 2010.

Aaron Rodgers names his most feared defensive back

Defensive back you hate playing against the most:

All of those players have made at least one All-Pro team during their careers. Rodgers’ answer was the most interesting, as he was teammates with Woodson for years. The two only faced each other once in their careers. Rodgers and the Packers won that game. Allen also named a teammate. The two have never faced each other in a game, but have competed many times in practice.

Reed and Woodson are retired and in the Hall of Fame. Ramsey and White are still building their Hall of Fame cases. Watching them frustrate opposing quarterbacks for years to come should be a highlight for most sports fans … unless they are rooting for the opposing team. 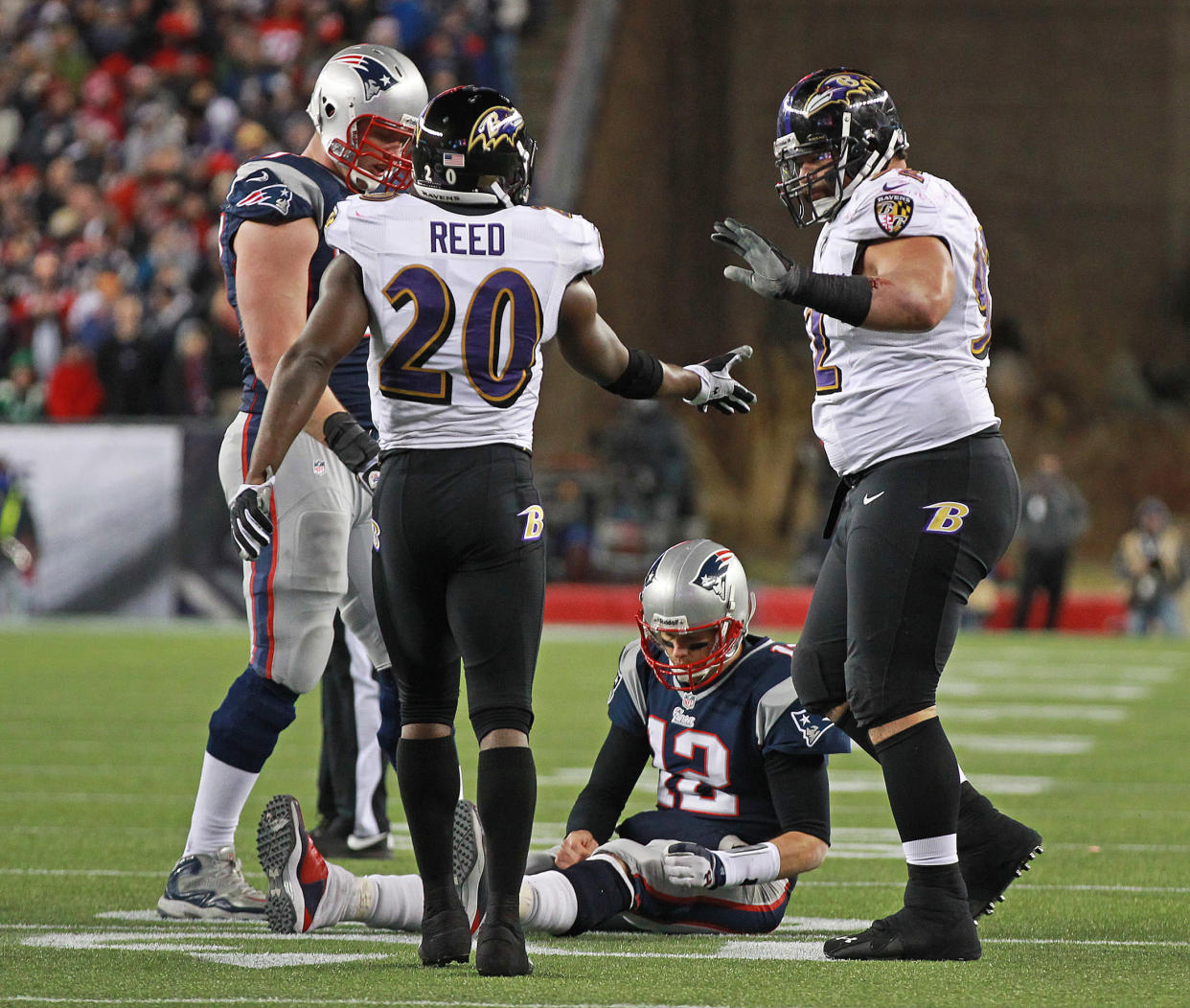