Tony Blair today said he would do ‘anything’ to stop No Deal Brexit – as he pleaded with Jeremy Corbyn not to fall for the ‘elephant trap’ of backing a snap election.

The former PM said Boris Johnson knew that he would probably lose a referendum on whether the UK should crash out at the end of October.

But he warned that an election would be a much greater risk and Labour should not support one being held.

The Opposition is deeply divided over whether to push for a formal vote of no confidence in the government that could lead to a snap poll.

Many MPs fear that the tactic would play into Mr Johnson’s hands – as he could dictate the timing, and would pitch the contest as the will of the people against the estalishment.

In a keynote speech on the eve of a titanic Parliamentary battle over Brexit, Mr Blair said the consequences would be to ‘diminish Britain globally’.

He said despite being a trenchant critic of Mr Corbyn, he would vote for him in an election if it would stop a no-deal Brexit – although he admitted he felt a ‘dilemma’. 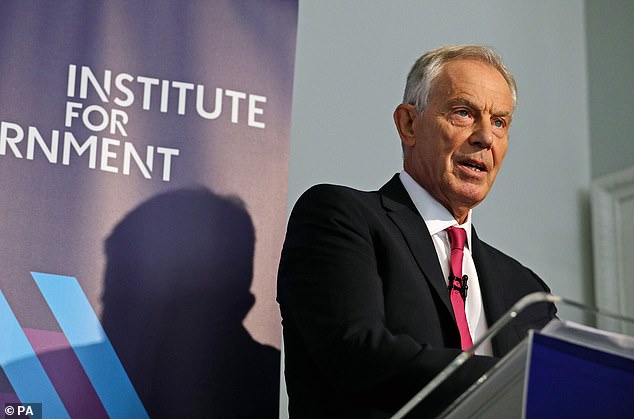 In a keynote speech in London on the eve of a titanic Parliamentary battle over Brexit, Tony Blair said the consequences would be to ‘diminish Britain globally’

‘I personally believe so strongly on Brexit I would do anything to stop it,’ he said.

‘On the other hand it’s no great secret that people like me have real issues with the programme (for government).’

Mr Blair said if the UK leaves the EU he does not believe the UK would be able to ‘enter again in a few years’.

He added: ‘We will be driven to be a competitor with Europe.’

Asked if Labour could win a general election, he said ‘it is conceivable’ but added: ‘Look at the polling. If I was polling at 20 per cent when I was leader of the opposition, I would have had people knocking at my door.’

In a speech at the Institute of Government in Westminster, Mr Blair said: ‘In a short amount of time the world will be big global blocks – USA, China and probably India.’

Britain ‘should retain its special relationship with America but its natural home is in Europe,’ he added. 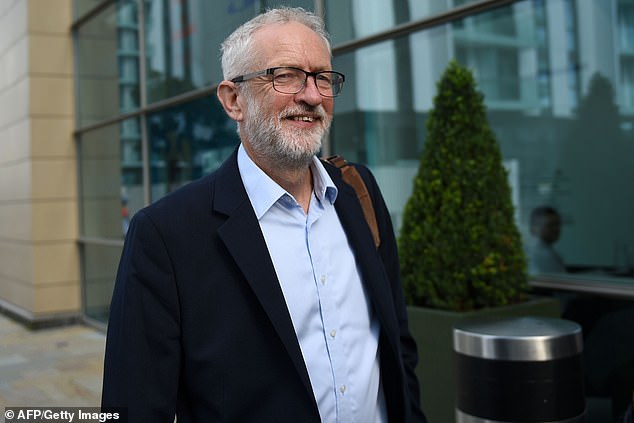