A TORNADO warning has been issued for New York and the Bronx as the state is crippled by the coronavirus pandemic.

The warning has been issued for the Bronx, Nassau County, Manhattan and Westchester County. 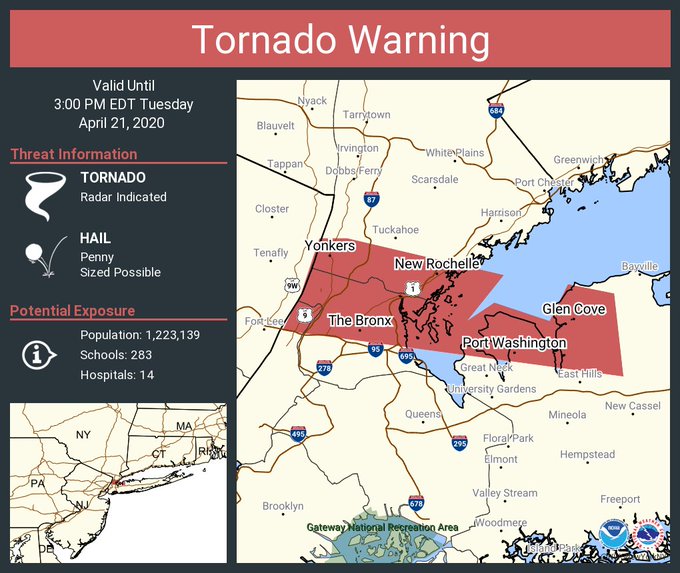 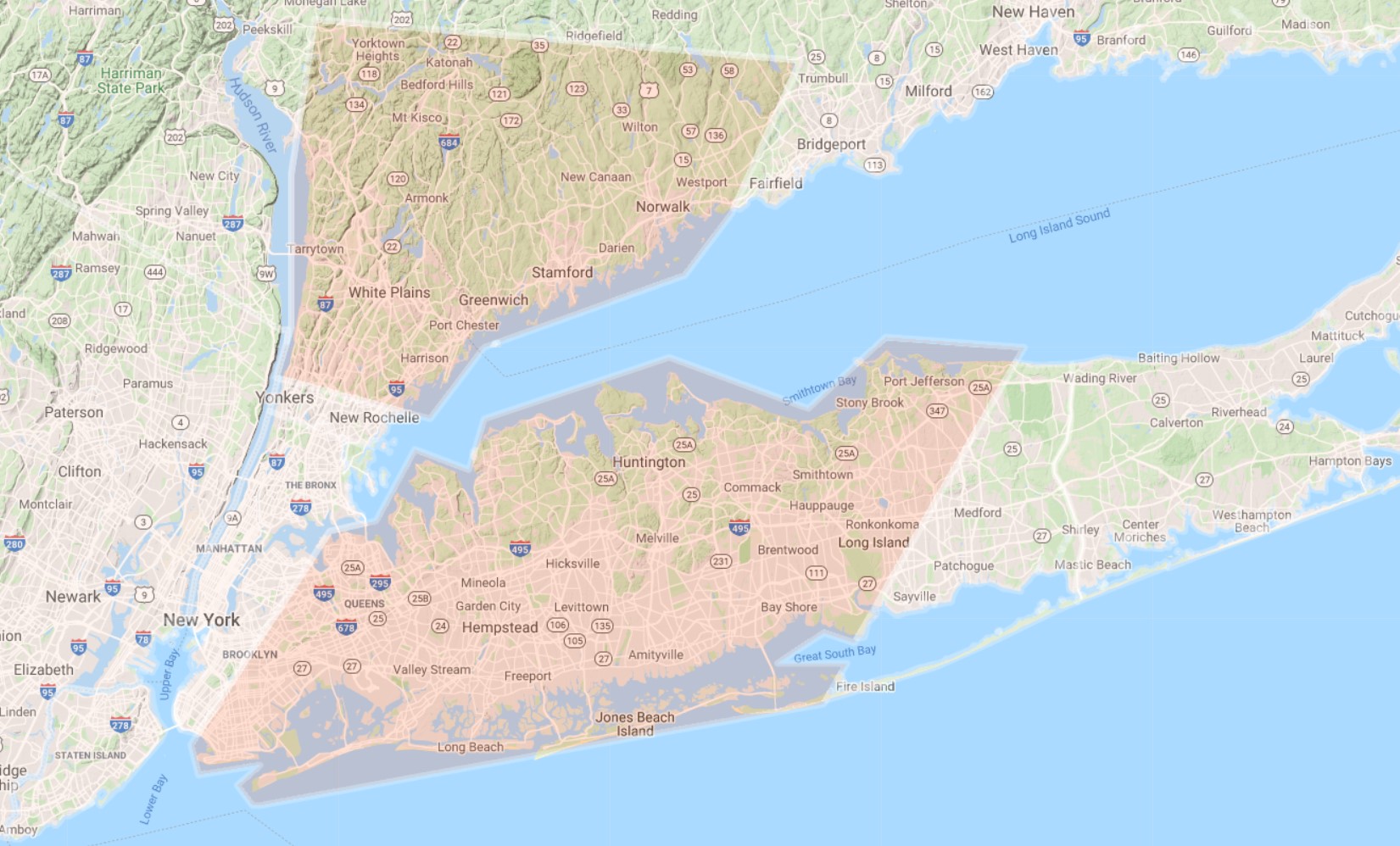 The advisories remained in effect until 3pm local time, according to the National Weather Service.

Accuweather advises people to move to an interior room on the lowest for of a building for safety.

"Although a tornado is not immediately likely, it is best to move to an interior room on the lowest floor of a building.

"These storms may cause serious injury and significant property damage.

A severe thunderstorm warning has been issued for Kings, Nassau, Queens and Suffolk Counties until 3.45pm.

Wind gusts could reach up to 50mph as Wednesday nears.

"This is the first #tornado warning issued during the month of April by @NWSNewYorkNY since 2011.

"Tornado warnings most common May-August, with a peak during the summer months.

Midtown Manhattan is under a severe thunderstorm warning.