Toxins from remains in cemetery could leak into Worcester water supply Hundreds of thousands of residents in Worcester could be at risk of harmful toxins leaking from a cemetery and into the water supply, the Environment Agency has warned.

The agency has expressed ‘major concerns’ about Worcester Muslim Cemetery, which has been used as a burial area on the outskirts of the city since 2005.

According to the agency’s guidelines, burial sites must be at least 250 metres from a water source, but an application to expand the cemetery would put it within 60 metres of a brook.

There are fears that toxins from human remains could make their way into the city’s water supply from the cemetery.

An application for retrospective planning permission put forward by Worcester mayor Allah Ditta has been met with opposition over the health concerns. 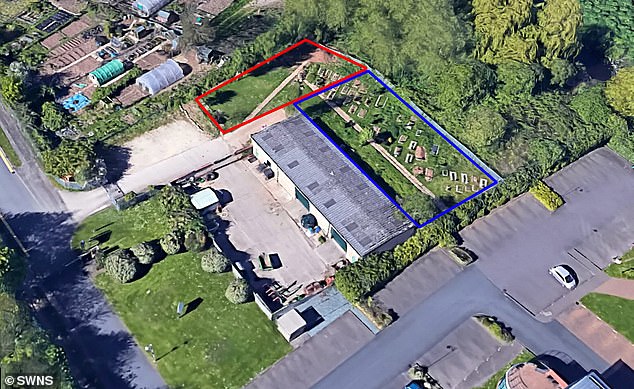 Part of the site was granted planning permission in 1978, with it being renewed in 1983.

The Environment Agency has now called on alternative locations to be found as they believe the site is completely unsuitable for human burials, regardless of the planned expansion.

The issue was highlighted in several letters dating back to 2008 which also claimed burials had been taking place at the site without planning permission.

The agency said in one objection: ‘We do not consider this site to be suitable for the intended use of burial of human corpses.

‘We would like the applicant to consider other more suitable alternative locations for the purposes of human burials where there are no groundwater risks.

‘We object to the location of this proposed burial site with a possible high-water table and therefore this application does not meet our minimum groundwater protection requirements.’

According to the EA, burial sites must be at least 250 metres from any well, borehole, spring supplying water for human consumption or used in food production. 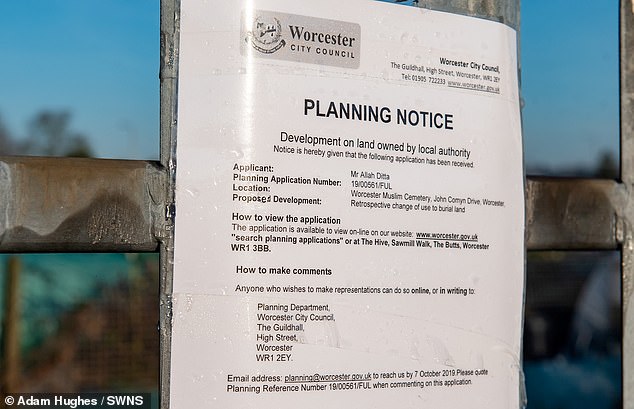 It must also be at least 30 metres from any spring or flowing body of water not used for human consumption.

The cemetery site – which wants to expand and create 800 new burial plots – would be within 60 metres of Barbourne Brook.

There are also concerns that a landfill site in the city, at Bilford Road which sits about 20 metres away, would also be considered a risk because of gas.

It is claimed holes dug for burials could cause slumps in the ground, causing gas to leak into the earth and water.

The EA letter added: ‘We have concerns that burials are already taking place at this site without planning permission and against the advice we previously provided. 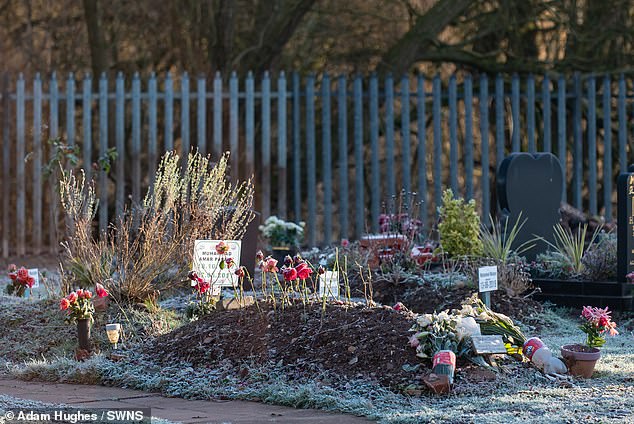 The cemetery site would be within 60 metres of Barbourne Brook, with the agency warning it could leak into the city’s water supply

‘We would only agree to proposals for new or existing developments if the risk to groundwater is acceptable and this appears to be high risk to surface and groundwater.

‘We expect operators of cemeteries to take appropriate measures to manage their sites to ensure they do not cause unacceptable discharges which may lead to pollution.

‘All cemetery developments and burials must maintain an unsaturated zone below the level of the base of the graves.’

The EA said that coffins are currently being sealed with concrete at the cemetery to prevent substances released from the corpses seeping into the groundwater.

Using concrete, however, means there is no way for the harmful chemicals to escape from the coffins and thus degrade naturally in the soil.

The application by Cllr Ditta was submitted at the start of September last year and the site has been in use since 2005 without planning permission.

The council said planning permission for the site was first granted in 1978 and renewed in 1983.

The part of the site which is currently the subject of a retrospective planning application has been in use since 2005.

A spokesperson for Worcester City Council said: ‘We are currently in discussions with the Environment Agency over its objection.’