London: The company behind Barbie has launched its first transgender doll to highlight the importance of “acceptance at every age”.

Toy giant Mattel has designed the doll in the image of Laverne Cox, the transgender star of the US prison comedy drama Orange is the New Black. 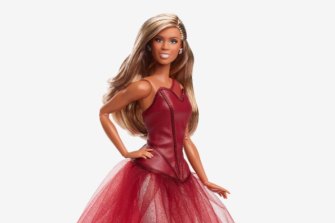 Lisa McKnight, the global head of Barbie and dolls at Mattel, said the brand “couldn’t be more excited” about the new product. “We are proud to highlight the importance of inclusion and acceptance at every age and to recognise Laverne’s significant impact on culture with a Tribute Collection Barbie,” she said.

Cox has received five Emmy nominations as an actor and producer, and is one of the highest-profile transgender stars in the US. She became the first trans woman of colour to have a leading role in a scripted TV show when Orange Is the New Black, first aired on Netflix in 2013.

The actress, who turns 50 on Sunday, said the transgender doll was of huge significance.

“What excites me most about her being out in the world is that trans young people can see her and maybe get to purchase her and play with her, and know that there’s a Barbie made by Mattel, for the first time, in the likeness of a trans person,” she said. 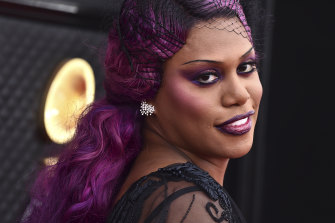 The star, who was closely involved in the design of the doll, added: “I hope that people can look at this Barbie and dream big like I have in my career.”

The Laverne Cox tribute Barbie, is dressed in an oxblood corset – with a detachable tulle skirt – worn over a silver bodysuit and matching heels.

Barbie was launched in March 1959 as the supposed archetype of the all-American woman, sporting a black-and-white striped bathing suit, pouty red lips and blonde ponytail.

As Barbara Millicent Roberts, she was the first mass-produced US toy with adult features.

Over the years, other incarnations have followed, including Astronaut Barbie in 1965, followed two years later by the first celebrity Barbie, with one modelled on Twiggy.

But it took until 1980 before the first African-American Barbie was introduced, along with a Latina Barbie.