EXCLUSIVE: Transgender paedophile, 60, who was jailed for 20 months for having cocaine-fuelled sex with a dog is sent to a male prison because she is not legally a woman

A paedophile, who now identifies as a woman, who was jailed for having group sex with an Alsatian has been sent to a men’s prison because she is not legally female.

Claire Goodier – who was previously known as John and convicted of child abuse images as a man in the past – was sentenced for 20 months yesterday.

Goodier, 60, has identified as a woman for at least two years and was referred to as Claire and ‘she’ during her Chester Crown Court case.

But MailOnline has learnt the defendant – twice convicted of possessing indecent images of children in 2006 and 2009 – has been sent to HMP Altcourse.

It is a Category B men’s private prison and Young Offender Institution situated in Liverpool.

‘This defendant is in a male prison, HMP Altcourse.’

The jail is where Man City star Benjamin Mendy is currently being on remand ahead of his multiple rape trial next year.

Goodier was identified in court listings under a male name but with a note added to be addressed in the hearing as Claire. A Sexual Harm Prevention Order issued is under that female identity. 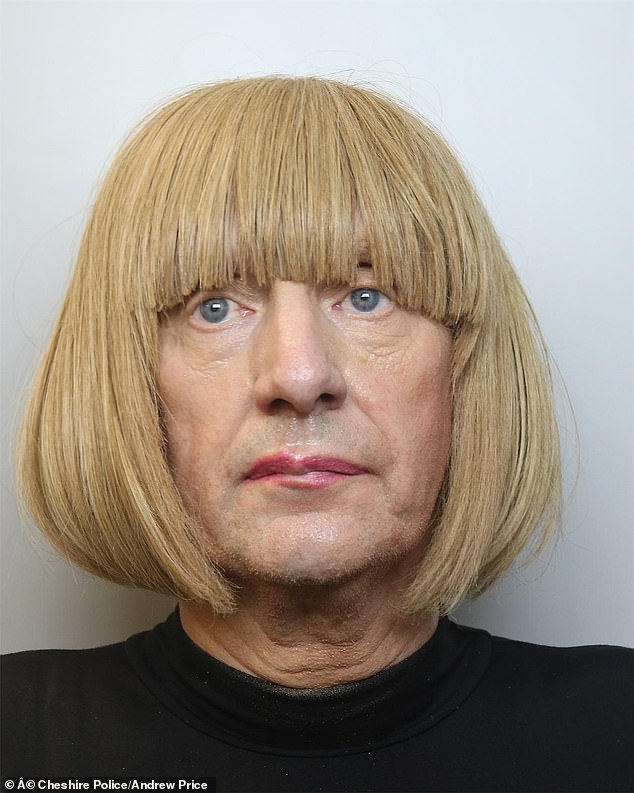 Claire Goodier, 60, has been sent to prison for 20 months for the depravity with the dog 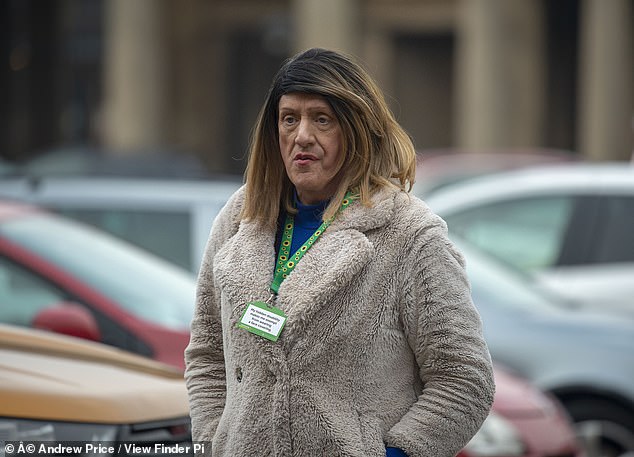 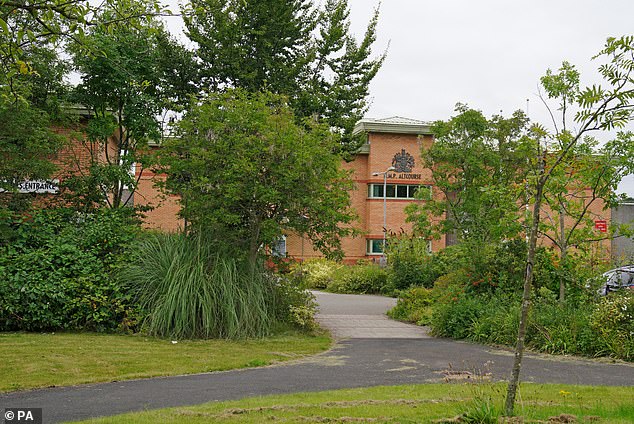 Yesterday Judge Steven Everett called Goodier’s crime in taking part in the dog act with other adults as ‘despicable’ ‘disgusting’ and ‘depraved’ as he jailed the pervert for 20 months.

He said the defendant had been ‘astonishingly lucky’ to avoid previous spells behind bars after receiving suspended sentences.

Paulinus Barnes, prosecuting at Chester Crown Court on Wednesday, December 22, said the police had called to Goodier’s home on July 19, 2019, to carry out a routine check due to being on the sex offenders register for life.

Officers took a laptop which contained evidence Goodier had searched the internet for bestiality content and when a full analysis of the equipment was finally completed some two years later, it emerged hidden folders contained 31 indecent images of a sex act with an Alsatian breed of dog.

Mr Barnes said: ‘She admitted possession of the images.

‘She said she had fantasised about it for a number of years and after talking about it with people in Northwich, was put in touch with others in Bournemouth. 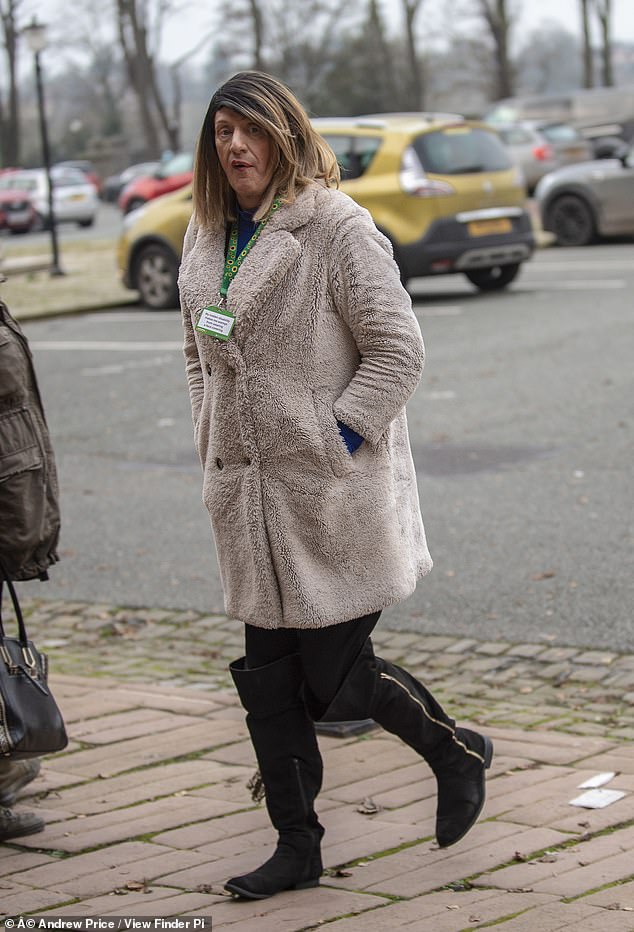 ‘She travelled down there in December 2018 and took part in the sex act with other people and the Alsatian dog.’

On arrest on June 17 this year, police also found another pen drive in a handbag containing the same images and 3.5 grammes of cocaine.

When the sex act was committed between December 15 and 16, 2018, Goodier had also been in breach of a suspended sentence order, which had been imposed in May of that year for failing to adhere to the terms of a sexual harm prevention order.

Simon Mills, defending, said his client had always been ‘frank and honest’ with the probation service and although accepting the behaviour had been depraved and disgusting, called on the Judge to consider another suspended sentence.

He said: ‘This incident took place some three years ago. ‘The picture now is one of sporadic offending.

‘This is not a case where the offending is getting more and more serious.

‘She will do everything asked of her by the court and there are tentative signs of improvement in her attitude and approach.’

Goodier had also failed to comply with the terms of the sexual harm prevention order in November of last year, when she was 13 days late, blaming being in isolation due to Covid guidelines.

Judge Everett told Goodier he did agree with the probation service assessing her as being a low risk of re-offending as he sent her to prison.

He said: ‘You are a long, long way from changing your life.

‘You deceitfully took part in a cocaine-fuelled incident with other persons.

‘Since the terrible offence took place you kept the images unashamedly for your own sexual gratification.

‘In the middle of all this, you failed to comply with the terms of an order, which some might say is a minor breach, but it’s not for the first time.

‘Your record is appalling and it could be said you were astonishingly lucky not to go to prison previously.

‘A message must go out that if you commit such disgusting behaviour then you must go to prison.’